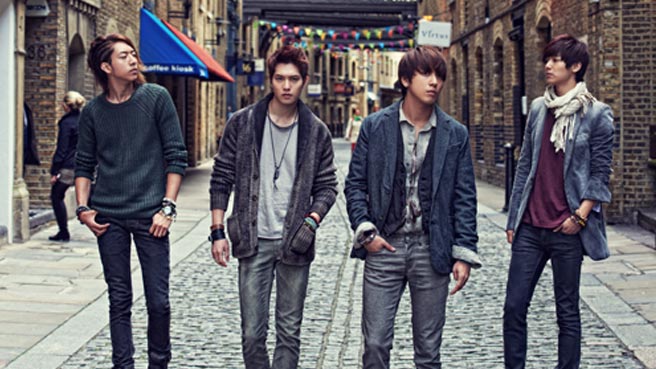 By Phillip | May 10, 2013
22
SHARES
FacebookTwitter
SubscribeGoogleWhatsappPinterestDiggRedditStumbleuponVkWeiboPocketTumblrMailMeneameOdnoklassniki

hellokpop is at it again. We’re giving two lucky readers and their friends a chance to see CNBLUE live in Melbourne, Australia.

CNBLUE will be dropping by in Melbourne and Australia on May 31 and June 1 as part of their 2013 CNBLUE WORLD TOUR later this month and we’ve secured some tickets for our readers.

We will be giving away two prizes to two winners; 2x VIP Standing tickets and 2x 2 A Standing Tickets to the Melbourne show on May 31. Competition will run from 10 May Friday to 17 Friday, 2013, midnight.

Winning is easy and all you have to do is make sure you head over to Facebook to participate in this competition. Follow the steps below to make sure you don’t miss out.

For our non-Australian readers, check out our other competitions here.

Hellokpop, as an independent Korean entertainment news website (without influence from any agency or corporation), we need your support! If you have enjoyed our work, consider to support us with a one-time or recurring donation from as low as US$5 to keep our site going! Donate securely below via Stripe, Paypal, Apple Pay or Google Wallet.
22
SHARES
FacebookTwitter
SubscribeGoogleWhatsappPinterestDiggRedditStumbleuponVkWeiboPocketTumblrMailMeneameOdnoklassniki
Related ItemsAustraliaCNBLUEcompetition
← Previous Story Koreans favor who, more than PSY?
Next Story → DJ Yup, Korea’s #1 DJ, says, ‘My shows are like my life, LIVE!’ and reveals the ‘real’ Brian Joo