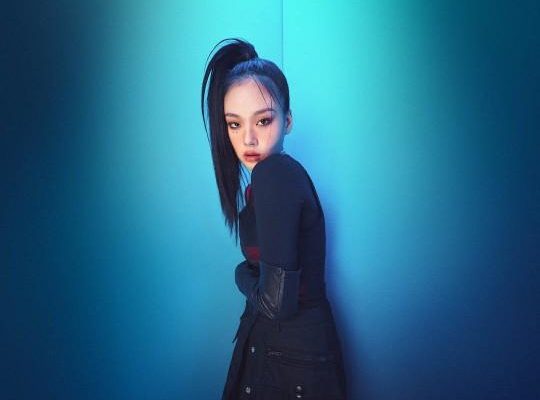 Rising soloist, BIBI, boasts her cool charisma in a coy photoshoot with Singles magazine, speaking about her explosive success.

Amidst the many rising talents in the Korean music industry, BIBI impresses with her fast track to fame. As of late, the artist gained frequent recognition for her interesting vocal color as well as her performance skills. 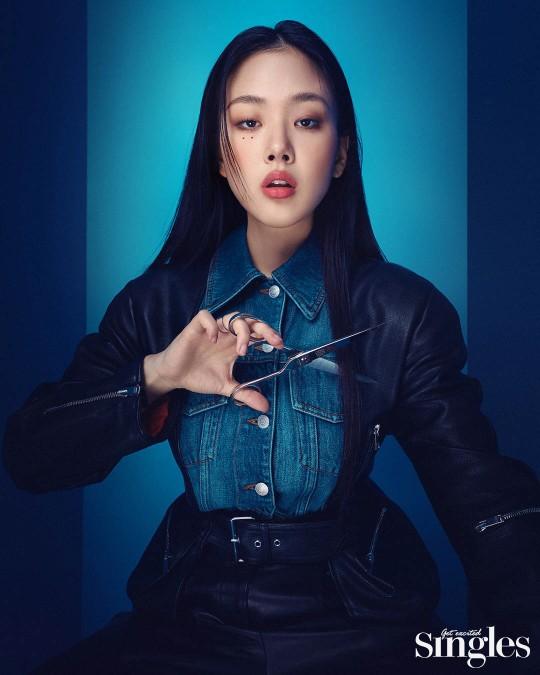 BIBI first gained attention in 2017 by joining the agency called, Feel Ghood Music, led by industry legends Tiger JK and Yoon Mirae. She then rose to the top three during her time on the audition program, “The Fan”, in 2018.

During her photoshoot with Singles magazine, the artist displayed her unique charisma in the cool-toned shoot. Donning dark bodysuits and leather pants, the artist embodied an aloof yet intense vibe for the pictorial.

BIBI is no stranger to frequent schedules in the fashion industry. Recently, the artist participated in New York Fashion Week, modelling all-black outfits for a hip fashion, embodying chicness with her bold aura.

Following her debut, the artist earned the modifier of “the second Yoon Mirae”. In the face of such praise, BIBI accepts the compliment despite the pressure due to the confidence she holds in her skills. The artist composes and writes her own music, and is particularly assured in the strength of her lyrics.

The act of writing comes naturally to BIBI, who insists, “I can’t write lyrics without feeling it”, illustrating her innate talent. Due to her natural skill, her agency allows her to lead her music independently. Mentors Tiger JK and Yoon Mirae tell the artist, “You’re fine because you have skills. People will gradually recognize you as BIBI.” 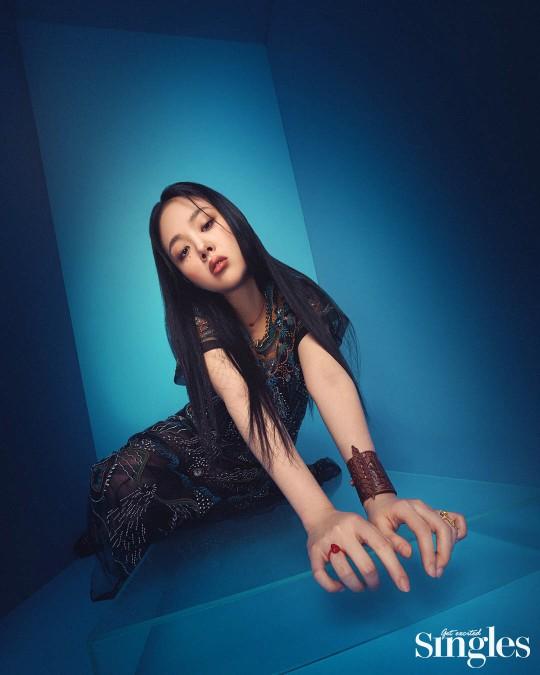 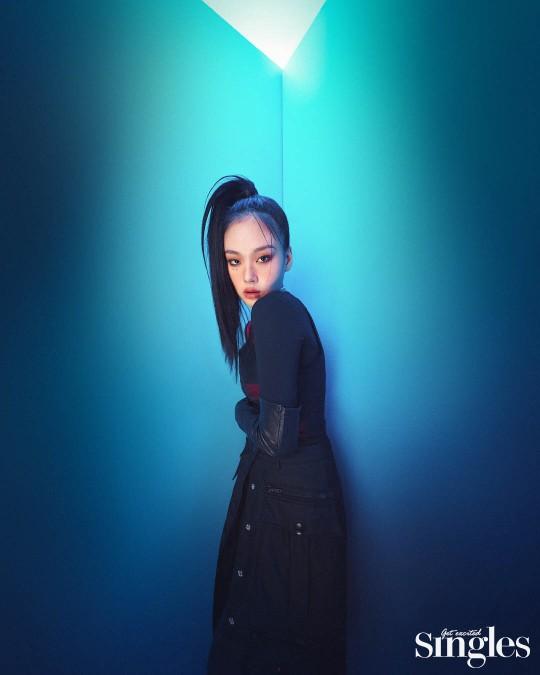 BIBI, who caught the attention of Tiger JK and Park Jinyoung, early into her career, investigates finding life’s answers during her songwriting process. She began composing when she was 15, and as such, experienced many hardships that challenged her. Despite her struggles, she stated, “Being a singer is a job that made me feel very lucky.”

However, the artist cheekily added, “I’m cute, so wouldn’t I have been doing well in whatever I did?” The playful answer raised expectations for what the artist has in store next. Her latest song, “Eat My Love”, was greeted by a warm response for her unique color and cute lyrics.

Fans can see BIBI’s full photoshoot and interview in the March issue of Singles magazine.