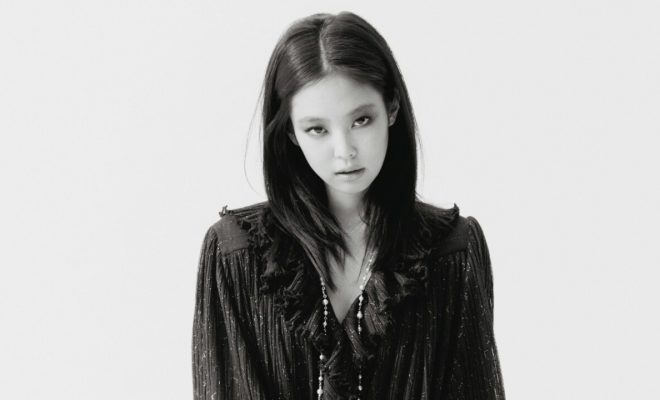 Jennie of BLACKPINK looks like a contemporary queen as she channels European elegance clad in pieces from Chanel’s S/S 2020 collection.

BLACKPINK’s Jennie strikes an elegant pose while modeling the latest pieces from Chanel on the pages of Harper’s Bazaar’s April 2020 issue! 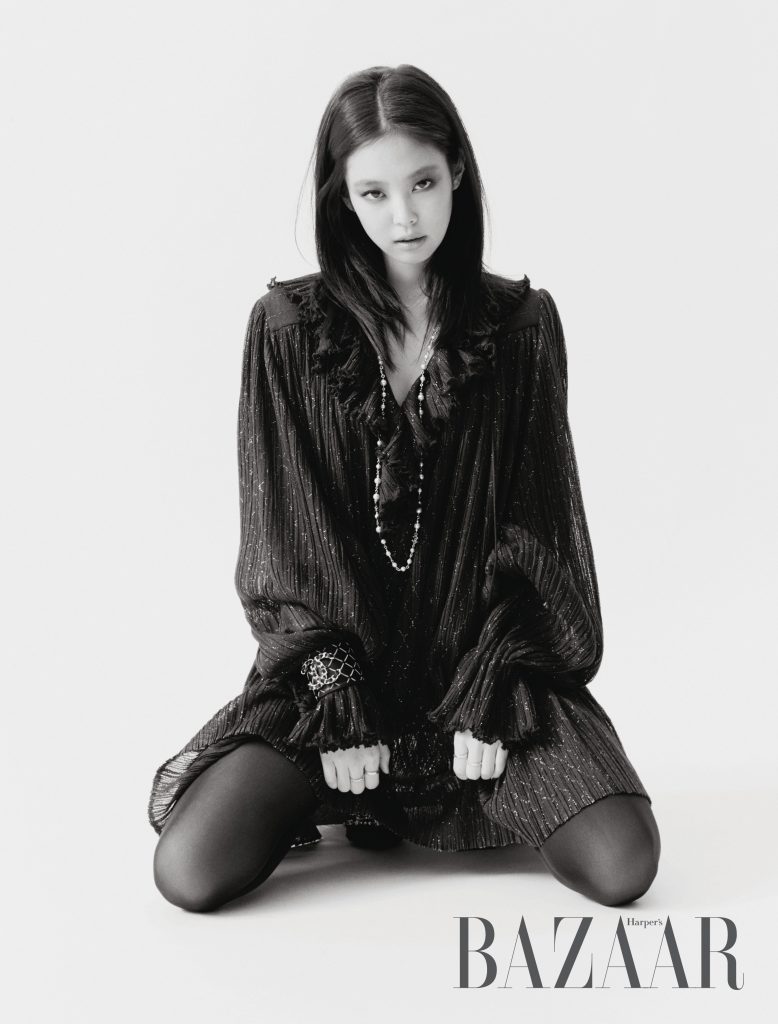 The Korean girl group’s resident lead vocalist continues to take the role of an ambassadress for the French luxury brand, Chanel. During her photoshoot, the superstar was depicted in two different pictorial concepts.

On the first shot, Jennie is disarmingly stunning as she is portrayed in a black and white setting. The classic vibe of the photo accentuates her fierce features as she dons a semi-sheer electric pleated dress with romantic bell sleeves.

The second photo shows the K-Pop maven in an ensemble fit for a royal, as she poses in a sleek sack dress peppered with a delicate plaid print. Everything from the classic silhouette to the pearl buttons, and the modish quartet of pockets truly encompasses the exquisite aesthetic that Chanel has been establishing over its trailblazing existence.

With her charismatic and fierce image during the photoshoot while sporting pieces from Chanel’s latest collection, the BLACKPINK member was also shared to have received plenty of praises from the magazine’s staff. 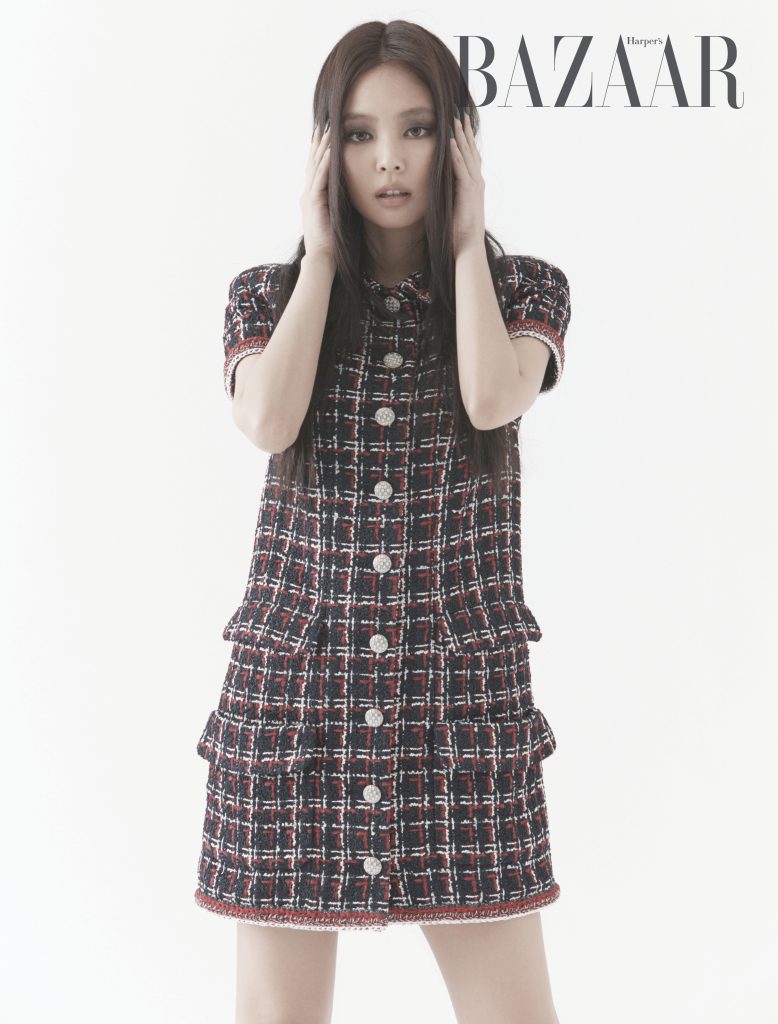 Meanwhile, more photos and interviews featuring BLACKPINK’s Jennie in this luxuriously polished photoshoot will be featured on the April 2020 issue of Harper’s Bazaar.

Hellokpop, as an independent Korean entertainment news website (without influence from any agency or corporation), we need your support! If you have enjoyed our work, consider to support us with a one-time or recurring donation from as low as US$5 to keep our site going! Donate securely below via Stripe, Paypal, Apple Pay or Google Wallet.
FacebookTwitter
SubscribeGoogleWhatsappPinterestDiggRedditStumbleuponVkWeiboPocketTumblrMailMeneameOdnoklassniki
Related ItemsblackpinkChanelHarper's BazaarJennieJennie Kim
← Previous Story EXO’s Suho Shares More Details About “Self-Portrait” And Answers Fans’ Questions In Recent Twitter Blueroom
Next Story → Kim Soo Hyun Shows His Unparalleled Visuals As Model For Swiss Watch Brand MIDO In Elle Korea’s April 2020 Issue