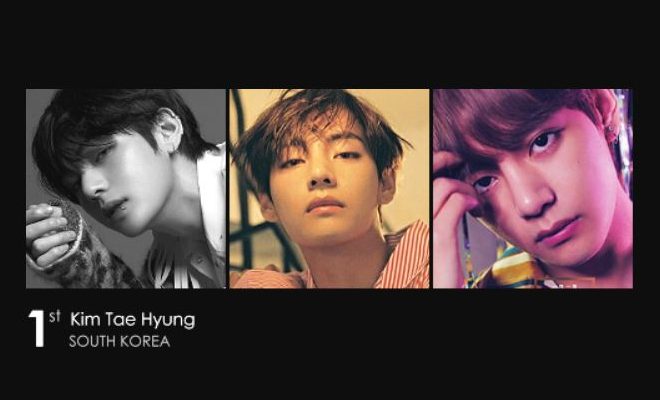 After the analysis of more than 12,000 photos and videos published in 2018, the singer was crowned the Best Fashion Face among Asian males with votes from over 30 countries and 350 professional photographers, designers, make-up artists, stylists, editors, and the publication’s in-house team in United Kingdom, Hong Kong, China, and South Korea.

V, whose real name is Kim Tae Hyung, was praised for the nice proportion of his face and for his well-defined facial structures. “When the heavy make-up [is] gone, the unique facial features are showing sharply right away — very nice proportion,” commented film and art director Stefania Lonetti. Meanwhile, Tim Owen, an Adobe certified software expert, said the BTS member has “well-defined chin, straight nose bridge, and outstanding downward-turned lips”.

I-Magazine’s recognition of V’s good looks is not a first for the singer as he constantly leads list of most handsome or beautiful people in the world including TC Candler’s annual 100 Most Handsome Faces. In 2018, he took the number one spot on Famous Star 101’s list of Most Handsome Man in the World. Most recently, he was crowned the Top Asian Heartthrob by Starmometer.

Other Than V: K-Pop Acts Who Made The Top 55

Kim Tae Hyung is not the sole K-Pop act who made it on the Top 55 list of Best Fashion Faces in Asia. Highlight’s Yoon Doo Joon came at fourth place, receiving praise for his ability to convey a story through his various styles and techniques in posing.

iKON’s Bobby is 31st on the list which placed Yoo Ah In at the 33rd spot and former EXO member Huang Zitao at the 34th place. EXO’s Kai, NCT’s Jaehyun, and EXO’s Chanyeol’s visuals put them at the 35th, 36th, and 37th ranks, respectively. Goblin actor Gong Yoo made it on I-Magazine’s Fashion Face Awards at 39th among Asian males. 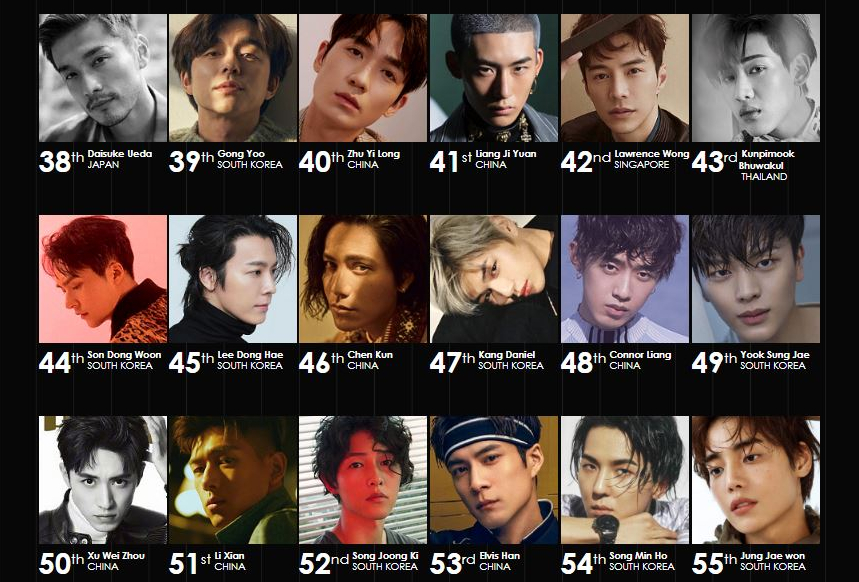 Hellokpop, as an independent Korean entertainment news website (without influence from any agency or corporation), we need your support! If you have enjoyed our work, consider to support us with a one-time or recurring donation from as low as US$5 to keep our site going! Donate securely below via Stripe, Paypal, Apple Pay or Google Wallet.
FacebookTwitter
SubscribeGoogleWhatsappPinterestDiggRedditStumbleuponVkWeiboPocketTumblrMailMeneameOdnoklassniki
Related ItemsBTScha eun wooEXOGOT7HighlightnctSong Joong KiVWinner
← Previous Story Han Ji Min Opens Up About Her Projects With High Cut Magazine
Next Story → Choi Si Won Is Enigmatic And Gorgeous On Singles Magazine’s Released Photos