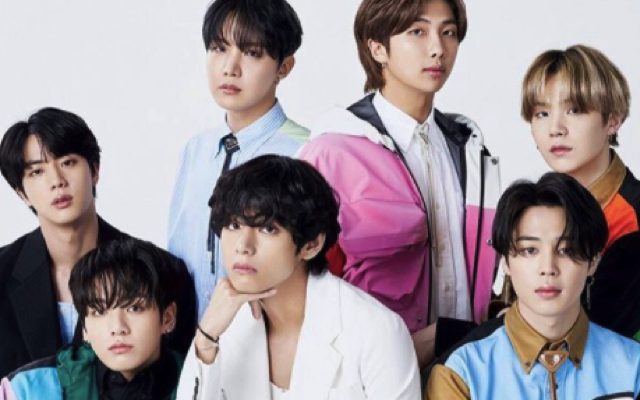 BTS Stands In The Light For Their Vogue Japan Photoshoot

ARMY, brace yourselves for the August issue of Vogue Japan, because the boys of BTS are taking over the cover.

In the exclusive interview with the illustrious magazine, the members speak up about their new album, Map of the Soul: 7 ~The Journey~. Additionally, the world-renowned K-pop group shares their insights on their fans and spills the tea on their hopes for the future.

In the short montage uploaded to Vogue Japan’s official website, fans are given a glimpse into what went on behind the scenes, as each member took turns introducing themselves to the camera.

In the photos that swiftly took the internet by storm, the boys are depicted all spruced up in their own showstopping ensembles, courtesy of the Italian luxury brand. The revitalizing splash of color modeled by Suga, RM, Jungkook, Jimin, and J-Hope worked in perfect harmony with V’s white monochrome look and Jin’s dashing easygoing suit. With these chic pieces, Prada once again showcases that it’s undoubtedly one of the fashion industry’s foremost authorities.

Get the full story of BTS’ newest feature in the August issue of Vogue Japan, wherein they glow and sparkle like they always do.

Countdown to MOTS7 ~The Journey~

Meanwhile, BTS is gearing up for Map of the Soul: 7 ~The Journey~, which is slated to be released on July 15, 2020. Better gear up too, ARMY, because new music is coming soon.

Hellokpop, as an independent Korean entertainment news website (without influence from any agency or corporation), we need your support! If you have enjoyed our work, consider to support us with a one-time or recurring donation from as low as US$5 to keep our site going! Donate securely below via Stripe, Paypal, Apple Pay or Google Wallet.
FacebookTwitter
SubscribeGoogleWhatsappPinterestDiggRedditStumbleuponVkWeiboPocketTumblrMailMeneameOdnoklassniki
Related ItemsBangtan SonyeondanBTSVogueVogue Japan
← Previous Story N.Flying To Continue With “FLOWER FANTASY” For Blooming Comeback Promotions
Next Story → TXT Unleashes Magic Amidst The Mayhem In “Eternally” Music Video