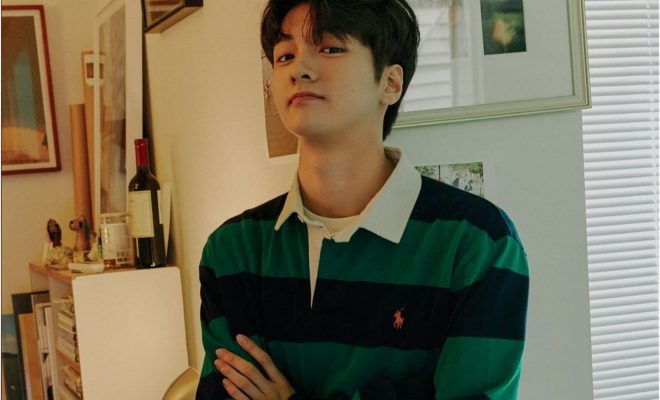 Woollim rookie Cha Jun Ho intends to do everything he wants to do musically.

Prior to his debut, an interview of Cha Jun Ho along with his fresh youthful pictorial was revealed.

On April 21, fashion magazine Marie Claire unveiled a pictorial of Cha Jun Ho, which focuses on his natural appearance of everyday life. Shedding off his shy image, Cha Jun Ho transforms into his bright and cheerful self. 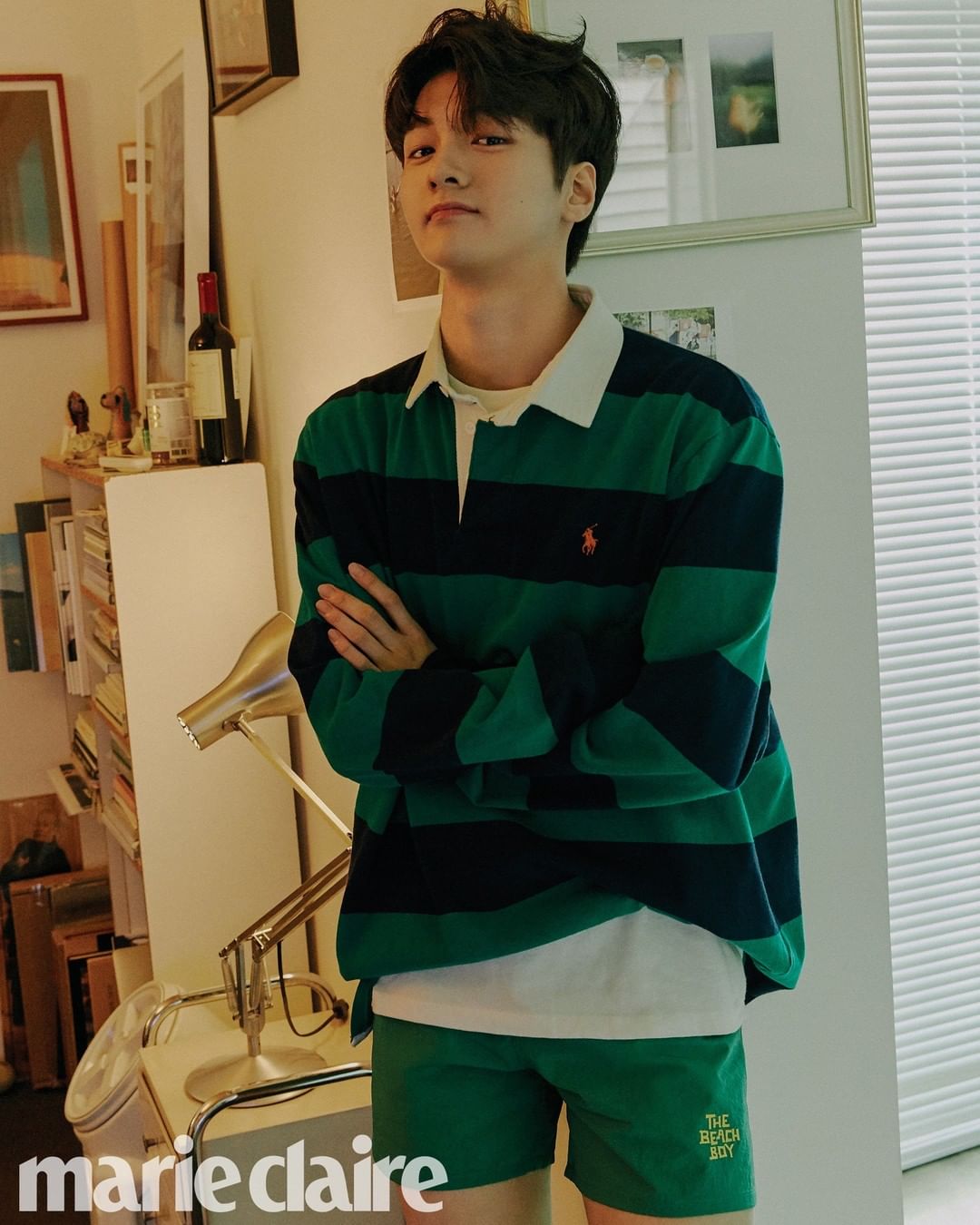 In the first photo, wearing a striped full-sleeved polo shirt and shorts, Cha Jun Ho exhibits a natural look with his arms crossed. 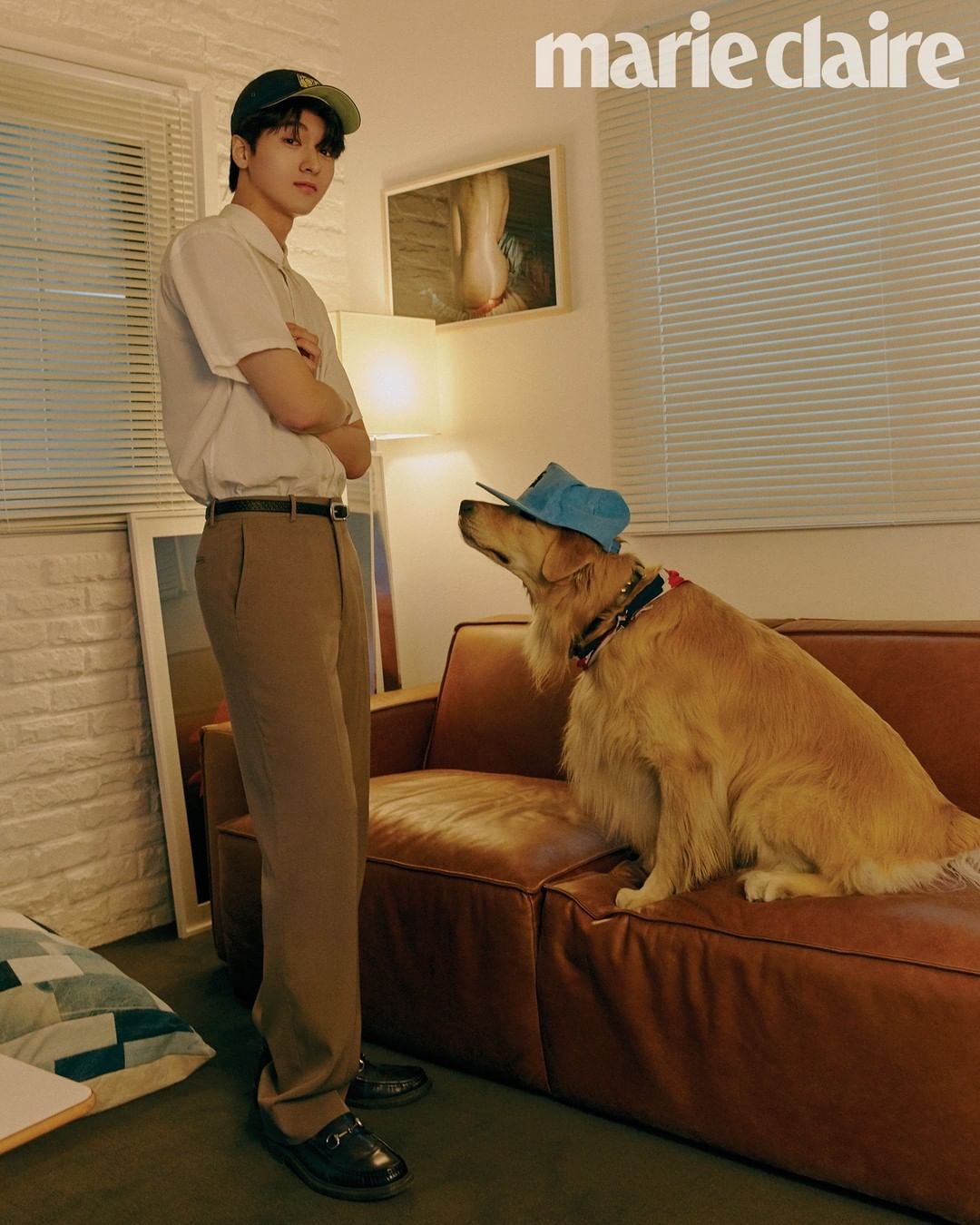 While in another picture, Jun Ho showcases the image of a playful boy, as he carries a simple look with a white polo shirt, a pair of brown trousers, and a hat while facing the golden retriever.

As for the black-and-white picture, it draws a closer look into his exceptional visuals. 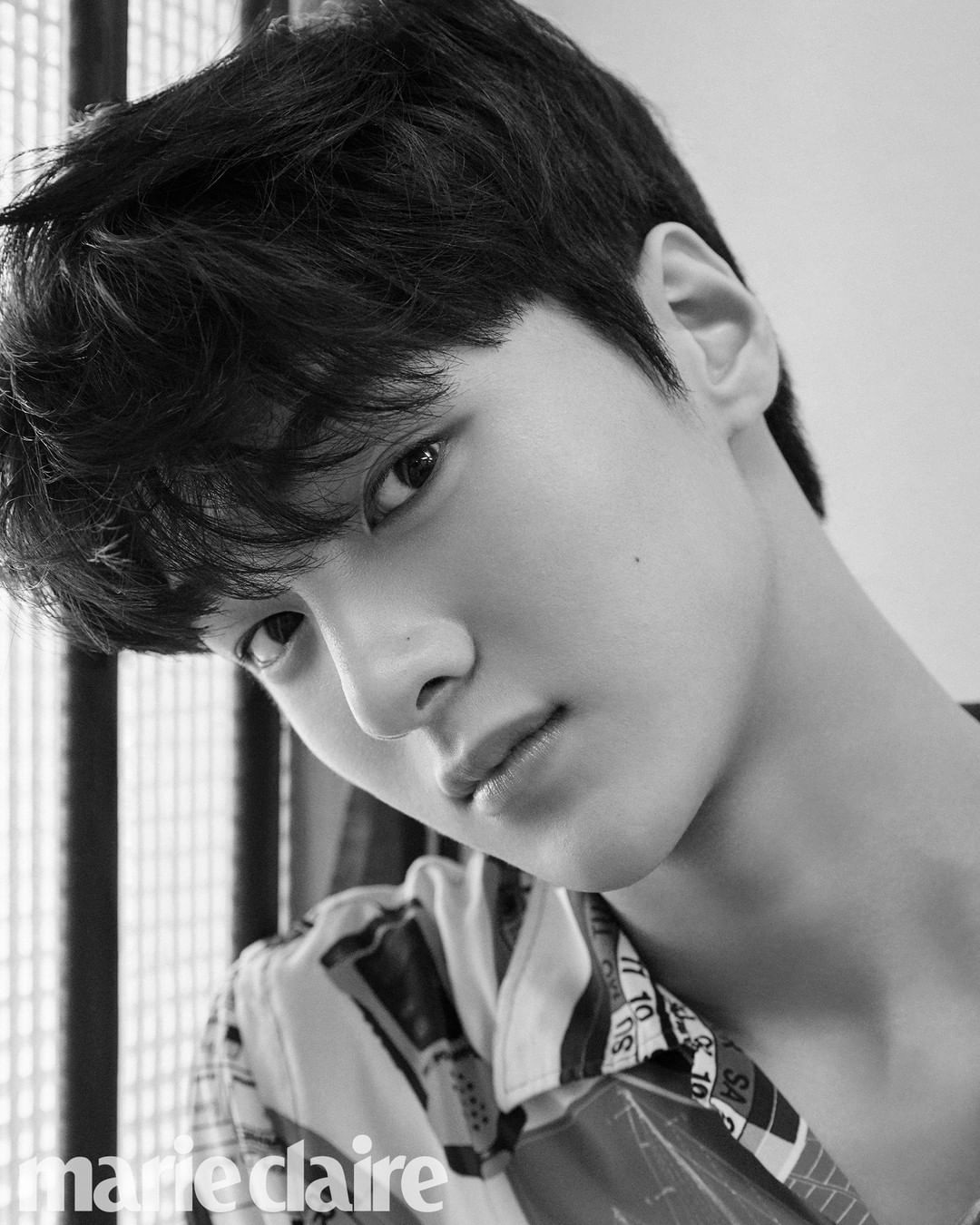 In a follow-up interview, Cha Jun Ho talked about his musical interests and said, “In addition to ballads, I prefer music with strong R & B and beats. These days, I love listening to Bruno Mars, Ariana Grande, and Ann Marie.” He also said that he does not want to get stuck in one genre and would like to try various kinds of music.

Speaking about his personality Cha Jun Ho said, “Contrary to my calm looks, I am actually very talkative and lively. In fact, I act honestly in any situation.”

Regarding debut preparations, he said “I’ve seen people who are extremely good in dancing and singing, so I have to go all out. It’s a little bit of a burden but my musical interests are my driving force for practicing more intensely.”

Cha Jun Jo’s pictorial and interview will be unveiled in the May issue of Marie Claire magazine and on the website.