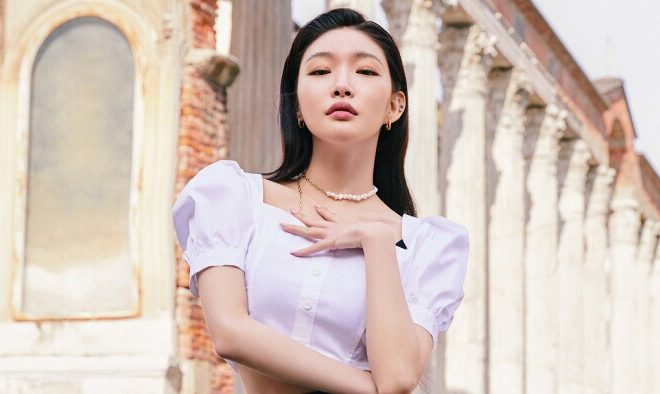 Chung Ha is slaying it like a queen as she makes the streets look like her personal runway in her latest photoshoot!

Chung Ha gave a glimpse of her glamorous side in her recent pictorial for Singles Korea’s April 2020 issue! 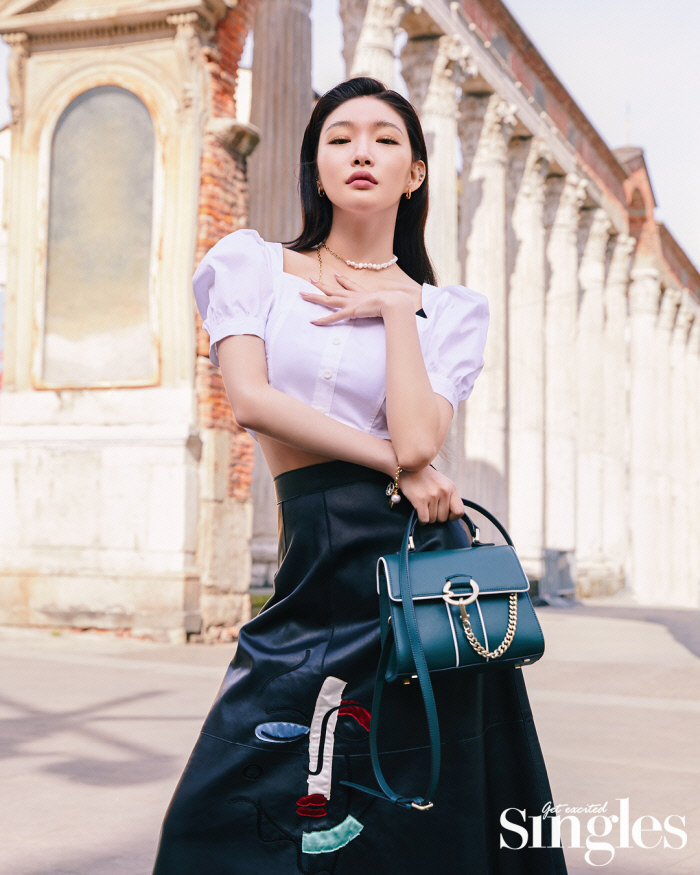 Returning with striking visuals proving to be fierce as ever, soloist queen Chung Ha shot her eye-catching gazes and captivating charisma as she took over the fashion magazine’s latest cover.

Showing her versatile charms, the singer pulled off a variety of looks ranging from chic sunglasses and crisp suits to fresh spring-perfect dresses and sneakers.

Drawing admiration from the staff on the set, she is also shared to have shown perfect facial expressions and poses for each styling. 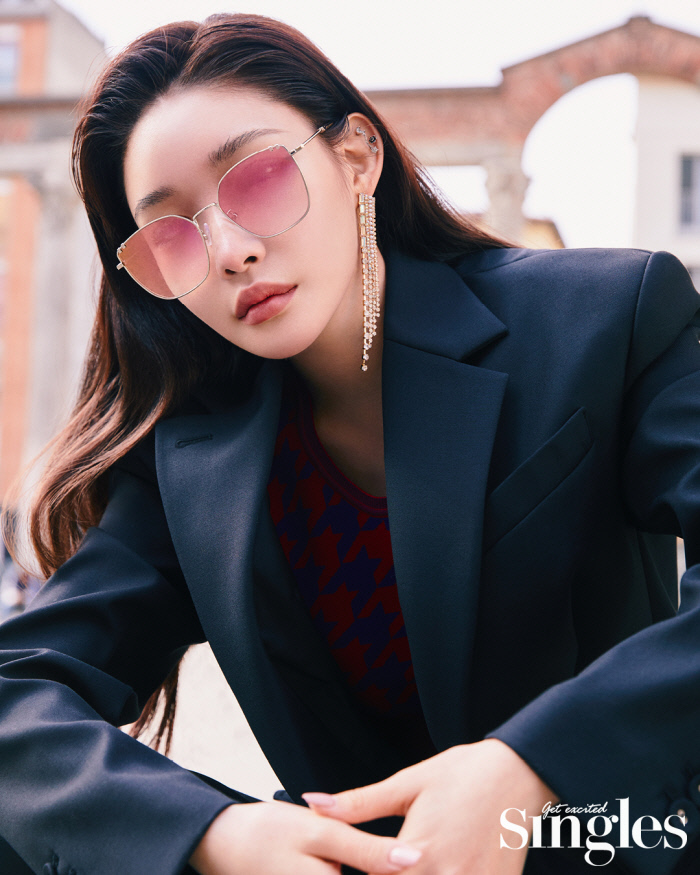 On the accompanying interview for her photoshoot, Chung Ha talked about the release of her calming ballad song “Honestly Tired” in February.

“The company has launched a project called new.wav. It is a project made for us to try things that we have never been done before,” the singer shared.

“It was my first ballad to be released as a main track since “Week”, which was a pre-released song from my solo debut album. Thus, it was a challenge to me,” she confessed as well.

Chung Ha, who revealed that she tried to sing as plainly as possible when she prepared the track, also expressed her affection for it. “I hope it is the music that can be played on the background when I want to be comforted,” she said. 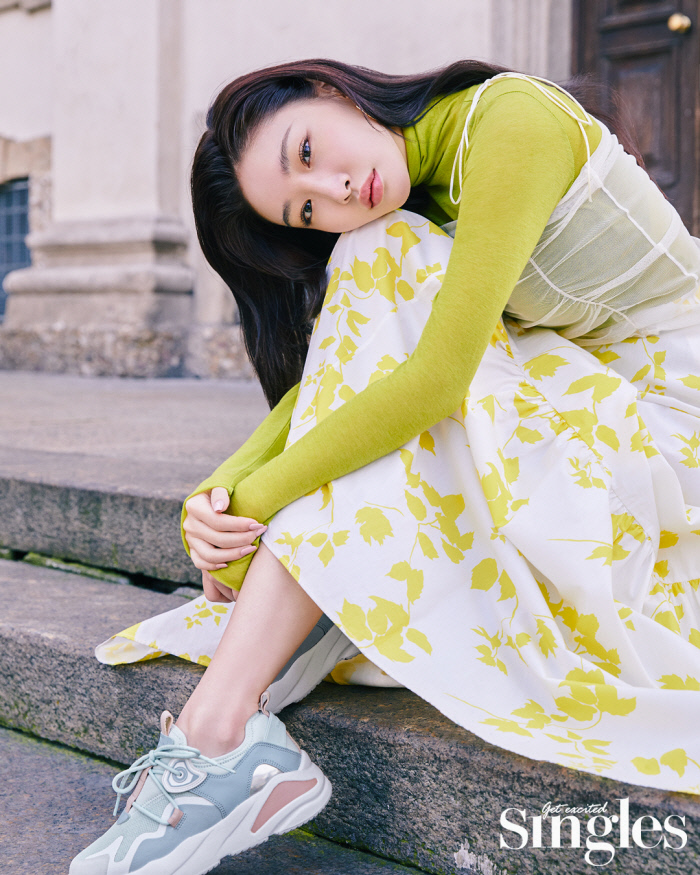 Since her official debut as a solo artist in 2017, the singer has also notably established herself as one of the nation’s top female solo artists. Amassing a large number of fans both locally and internationally, she captured hearts with her series of hits including “Roller Coaster,” “Love U,” “Gotta Go”, and “Snapping”.

“I always have a strong desire to do well. I checked choreographies several times and practiced until I was on the limits of my exhaustion. I will continue to put all of my efforts into the opportunities given to me,” she stated.

In addition to that, the power soloist said, “Sometimes, I put too much effort into the things that I do and my staff members and fans say, “What will you do in your next album? What will you do next year?” Well, I want to enjoy as much as I can because I think the next year and next, next years will be different from what I do now. I don’t want to miss out on things I can’t do again when the time for it passes, so I’ll continue doing things with more passion.” 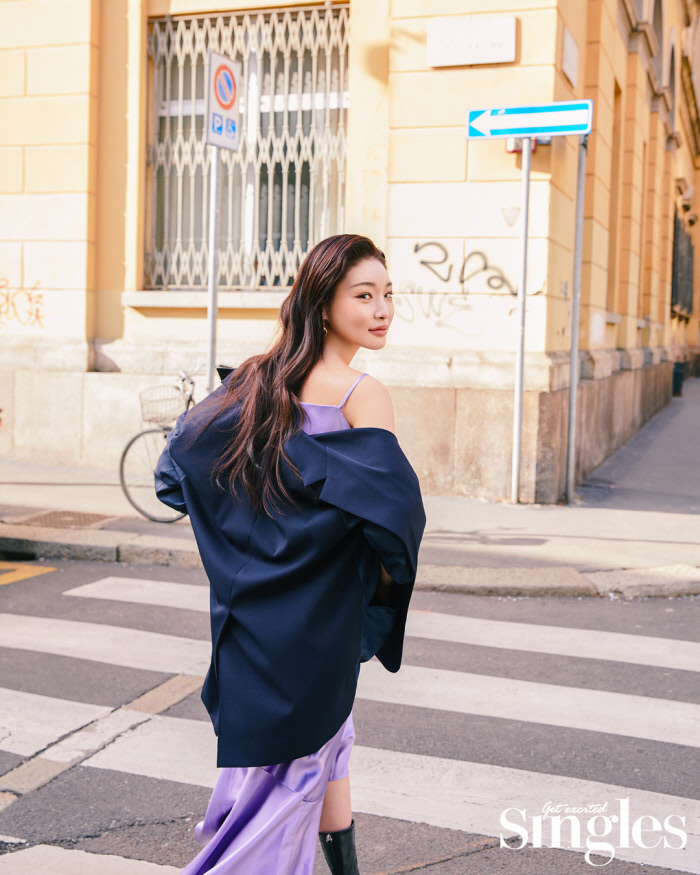 The pictorial and interviews of Chung Ha, a solo queen who also noted that she is working to become a much more confident version of herself with the goal of living an independent life this year, can be found on Singles Korea’s April 2020 issue.

FacebookTwitter
SubscribeGoogleWhatsappPinterestDiggRedditStumbleuponVkWeiboPocketTumblrMailMeneameOdnoklassniki
Related ItemsChung HaSingles Korea
← Previous Story Chau Bui, ITZY’s Yuna, And Jessica Jung: Who Wore It The Best?
Next Story → EXO’s Lay, Steve Aoki, And will.i.am Share Thoughts On Collaborating With Each Other For “Love You More”