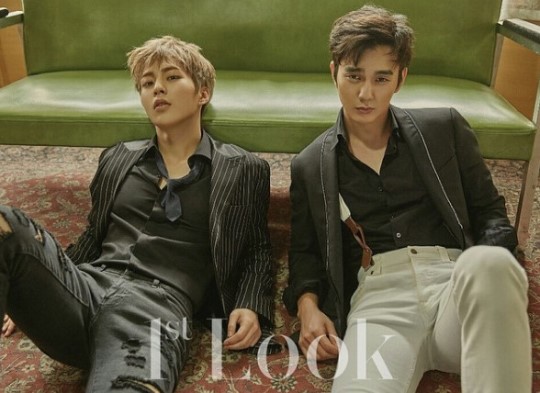 EXO’s Xiumin and Yoo Seung Ho are so manly.

Magazine 1st Look has just unveiled an attractive photo, which features actor Yoo Seung Ho and EXO’s Xiumin with the caption: “The 114th issue will feature #YooSeungHo and #XiuMin on the cover! Aren′t you looking forward to the photo spread of the two who you can meet through ′Seondal: The Man Who Sells the River′ this week?”

In the photo, the heartthrobs don dark colored suits, leaning onto a green bench. They captivate viewers with their handsome appearance and attractive looks, flaunting their masculine charms as well.

Meanwhile, Yoo Seung Ho and Xiu Min have taken roles in Korean upcoming movie titled Seondal: The Man Who Sells the River, which is scheduled to be aired on July 6.

72
SHARES
FacebookTwitter
SubscribeGoogleWhatsappPinterestDiggRedditStumbleuponVkWeiboPocketTumblrMailMeneameOdnoklassniki
Related ItemsEXOSeondal: The Man Who Sells the RiverXiuminYoo Seung Ho
← Previous Story Tiffany Looks Depressed And Lonely On ‘1st Look’
Next Story → Sohee Enjoys Showing Another Side Of Her