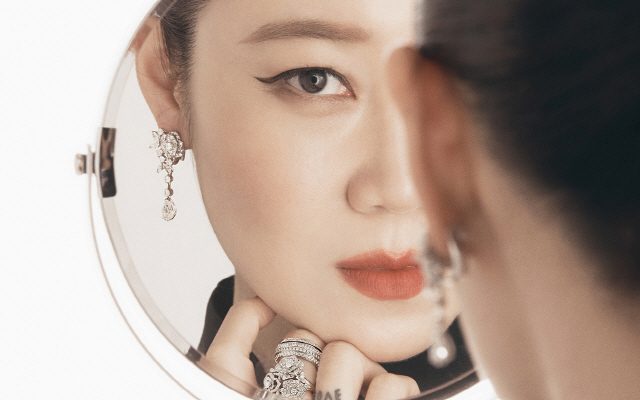 Gong Hyo Jin is effortlessly classy in photos for the May issue of Vogue. 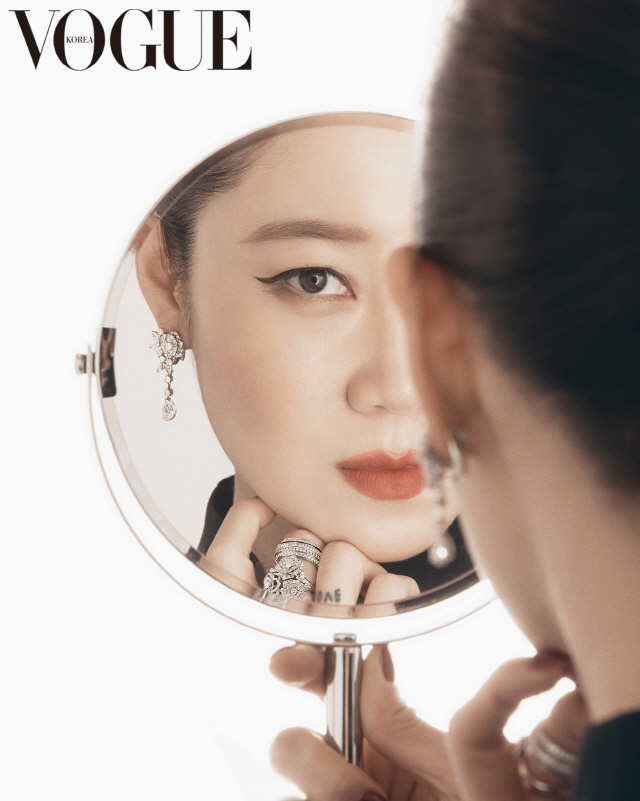 Elegant and chic, the multi-awarded actress evokes charisma in one of the photos emphasizing a cat’s eye makeup with a faint smile on her face. The high-quality jewelry with diamonds glistens and complements her sophisticated look. Looking at a mirror, the shot attracts with a unique aura.

In other released photos, Gong creates a trendy look by layering colorful jewelry and watch on a sleeveless top. Her expressionless gaze in dark nude vibe flaunts the actress’ beautiful features.

The same vibe also reflects as she garbs herself with a Versace jacket in a black-and-white motif, emphasizing a pensive look. 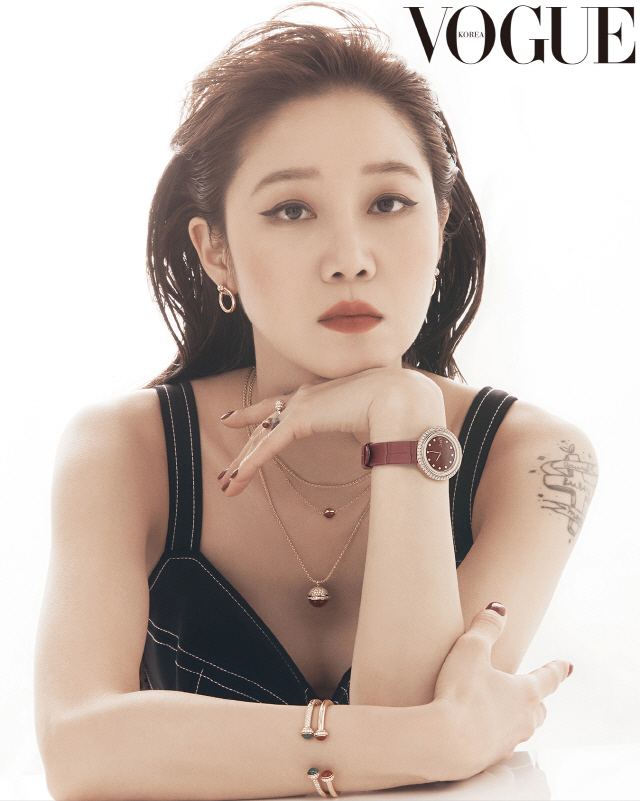 From her recent thriller films Door Lock and Hit and Run Squad, Gong is slated for a love pairing with Kim Rae Won for The Most Ordinary Romance.

Known for alternating small and big projects, Gong Hyo Jin has been praised by cinephiles by challenging varied characters in her film roles. Her most popular movies include Memento Mori, Crush and Blush and Missing.

Through her mainstream television dramas such as The Greatest Love and The Master’s Sun, and It’s Okay That’s Love, the lovely actress has garnered impressive international following.

More photos of the talented artist will be showcased in the May issue of Vogue Korea. 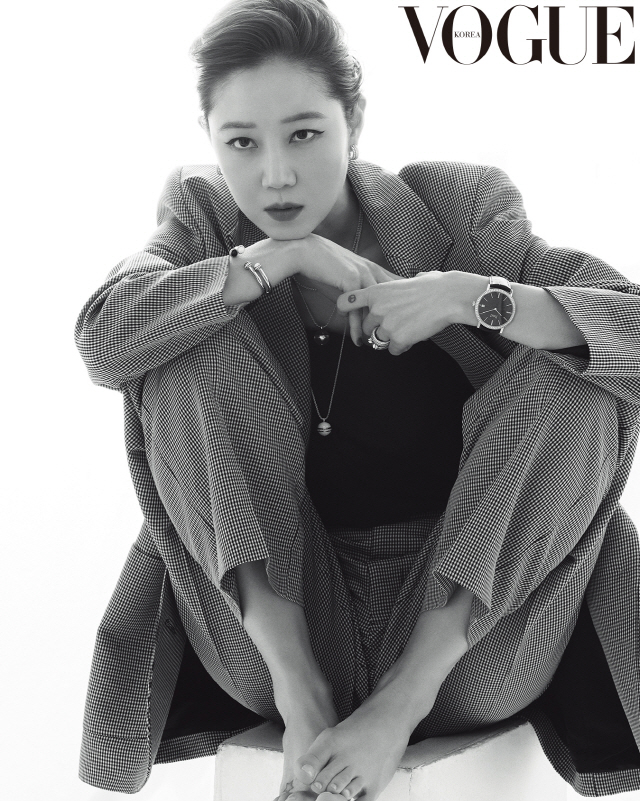 Hellokpop, as an independent Korean entertainment news website (without influence from any agency or corporation), we need your support! If you have enjoyed our work, consider to support us with a one-time or recurring donation from as low as US$5 to keep our site going! Donate securely below via Stripe, Paypal, Apple Pay or Google Wallet.
FacebookTwitter
SubscribeGoogleWhatsappPinterestDiggRedditStumbleuponVkWeiboPocketTumblrMailMeneameOdnoklassniki
Related ItemsGong Hyo JinGong Hyo Jin magazine pictures
← Previous Story Kim Ha Neul Channels A Beautiful Spring Goddess For Marie Claire Korea
Next Story → Born To Be Model Lee Kwang Soo Shoots With Nylon Magazine