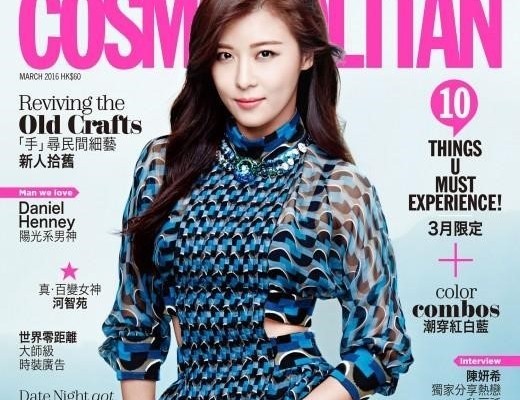 In the photo, the star exudes her elegant charm in a sheer blue dress with bold prints. She captivates fans with her long wavy hair, attractive appearance and flawless skin.

In view of Ha Ji Won’s strong and confident image oozed through her lead roles in films and dramas, she was chosen as the face for the cover of Cosmopolitan Hong Kong magazine.

After the photo shoot, the actress also sat down for an interview, where she opened up about the role and status of modern women in society, as well as her responsibilities as a top actress.

The magazine also paid a compliment to Ha Ji Won for her profession and modest attitude during the photo shoot.