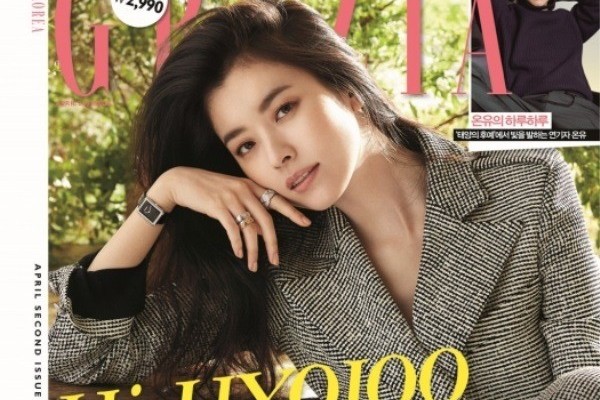 On the cover, Han Hyo Joo is donning a slim-fitted suit. She captivates fans with her flawless skin and brown eye shading. 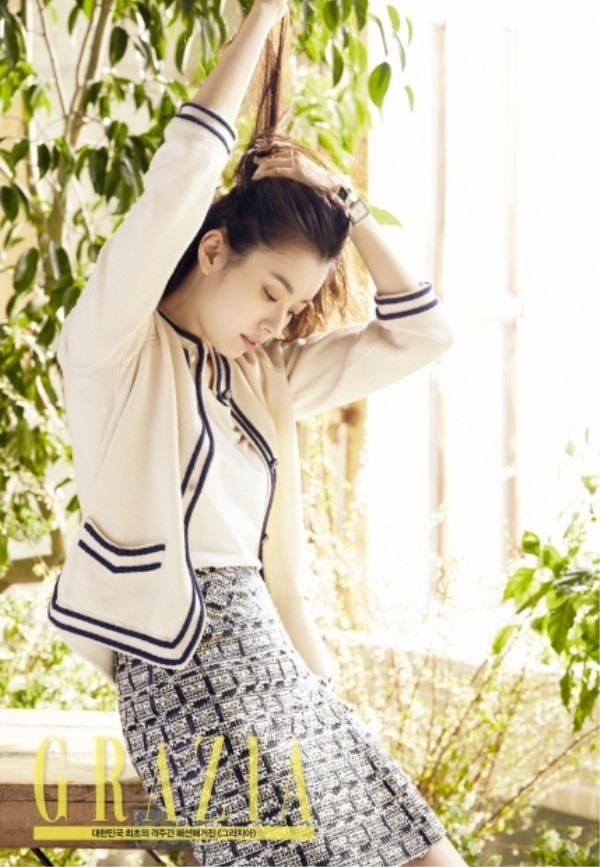 In another released photo, the star looks chic in a beige cardigan, combined with a square-patterned pencil skirt, flaunting her feminine yet elegant beauty.

After the photo shoot, the actress sat down for an interview, where she opened up about her acting style and her character in the movie titled Love, Lies, which will hit theatres on April 13.  In the historical drama, Han takes the role of a female entertainer (gisaeng in Korean), who aspires to become a popular singer during the Japanese colonial period of Korea (1910-1945).

Hellokpop, as an independent Korean entertainment news website (without influence from any agency or corporation), we need your support! If you have enjoyed our work, consider to support us with a one-time or recurring donation from as low as US$5 to keep our site going! Donate securely below via Stripe, Paypal, Apple Pay or Google Wallet.
FacebookTwitter
SubscribeGoogleWhatsappPinterestDiggRedditStumbleuponVkWeiboPocketTumblrMailMeneameOdnoklassniki
Related ItemsGraziaHan Hyo JooLove Liesphoto shoot
← Previous Story Suzy Is A Classy Beauty For ‘1st Look’ Magazine
Next Story → Seo Kang Joon Takes Over K Wave Magazine Cover