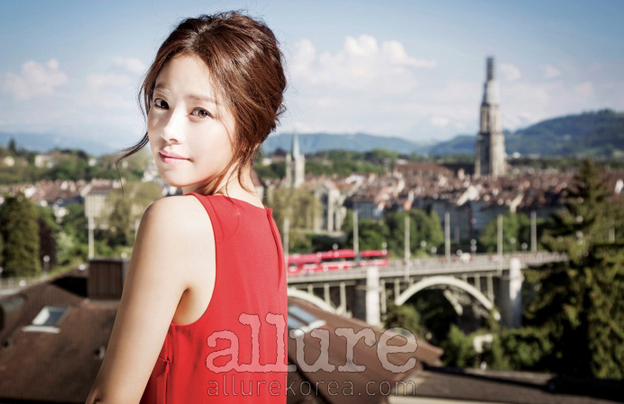 Han Ji Min has assumed her role as the 2013 Goodwill ambassador of Switzerland through the participation in multiple pictorials for both the fashion magazine Allure Korea and travel guide magazine Tour de Monde. The actress escaped to the beautiful country to preserve the serene and medieval environment of Gornergrat, Zermatt, Bern, and Gruyères.

For Allure Korea, Han Ji Min dons timeless dresses and skirts fitting to Switzerland’s common medieval atmosphere. In the first photo, Han glows in the sun while wearing a sleeveless red CK Calvin Klein dress. Next, the actress is seen standing outside of an old electric transit vehicle in Zermatt. She dons a sleeveless patterned Dewl dress, strapped Guess heels, and a necklace from the Allure stylist’s collection. Along with the photo, Allure reveals that only electrical vehicles are used in Zermatt to secure the environmental protection of the whole town. For the third image, Han is seen leaning onto a drinkable fountain. She dons a Moschino jacket and shorts, a white Gerard Darel blouse, and black strap heels from the stylist’s collection. In the fourth image, Han hides behind a local magazine while dining at one of Zermatt’s restaurants with the option of outdoor seating. She dons a bright yellow Jill by Jill Stuart dress as well as accessories from the stylist’s collection.

Next, Allure presents two collages. A first collage displays five images: the first image is of a view from Hotel Allegro in Bern; a second image is of the Hotel Allegro from across an old town bridge; the third image is of Bern station; a fourth image displays the exterior of Albert Einstein‘s house; and the fifth image unveils Han at an intersection wearing stunning Isabel Marant dress and studded Guess shoes.

The second collage features four images: the first image displays Han lounging on a wooden chair while sporting Visit in New York dress shirt and a beige N°21xG-cut skirt; the second image featured on the collage is of the beautiful turquoise Aare River; a third image displays two parked mopeds; and a fourth image unveils Lucerne at dusk.

In the seventh image, Han is 3113m above sea level at a lodge in Gornergrat. She dons a warm over-sized Coiincos sweater, an Isabel Marant skirt, and Mzuu necklace. Next, the actress is seen posing with a wild flower while wearing a yellow Style Nanda top and flower necklace. According to Allure, many wild flowers bloom in Zermatt during the summer. Last but not least, Han poses near in Gornergrat next to the famous St. Bernard dog. She sports an SJSJ blouse, a fitted Carven blouse, and thin strapped shoes.

As for Han’s pictorial in Tour de Monde, she dons casual clothing while roaming throughout Switzerland. She poses in front of medieval-styled buildings and popular landmarks. Han is also seen traveling through local transportation and she experiences Switzerland firsthand by wearing traditional Swiss dresses and baking bread through the traditional method.

Take a look at Han Ji Min’s pictorial for Allure Korea and Tour de Monde below: 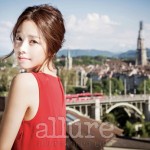 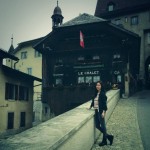 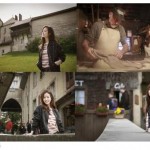 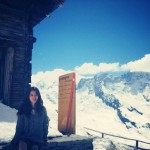 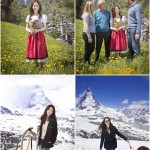 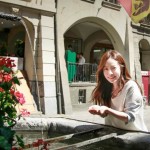 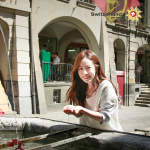 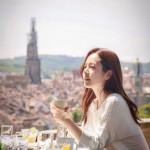 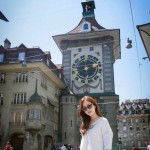 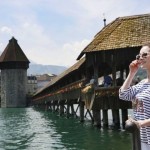 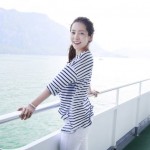 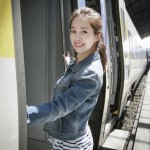 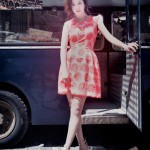 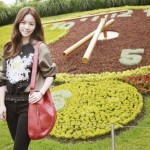 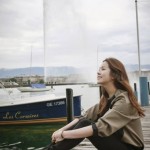 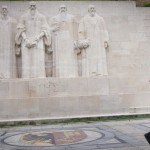 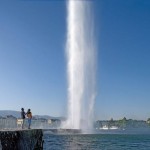 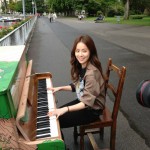 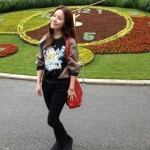 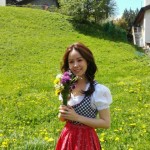 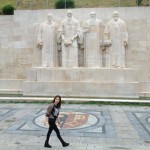 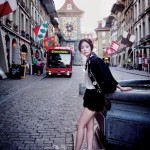 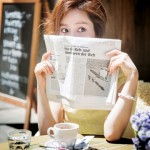 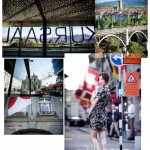 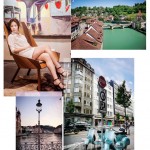 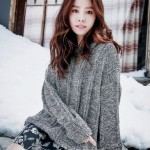 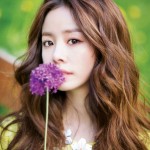 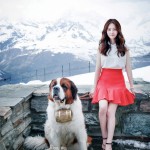