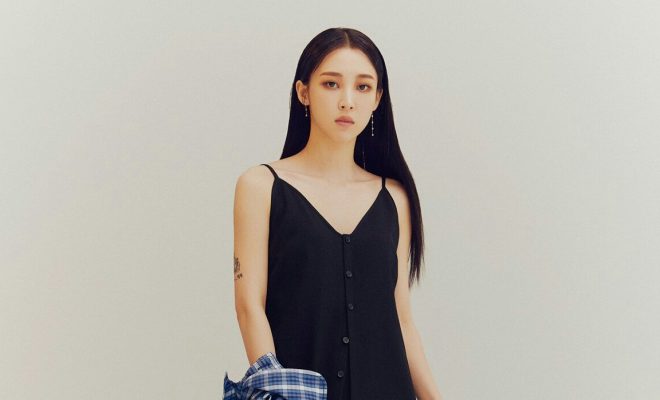 MAMAMOO’s Moonbyul fiercely starred in a stunning solo photoshoot where she gave herself a chance to try something new.

MAMAMOO’s Moonbyul successfully took on a new transformation in her latest photoshoot with the fashion magazine Allure Korea for their April 2020 issue! 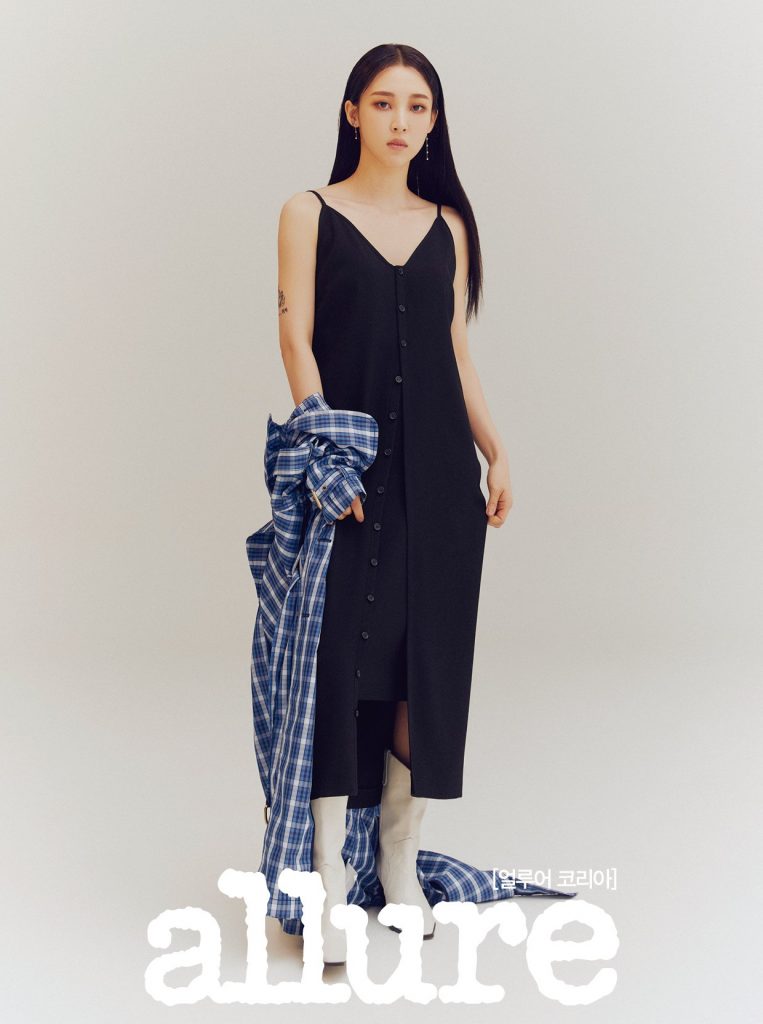 In the pictorial, the MAMAMOO rapper boasted a doll-like beauty with her long straight hair and clear features. She perfectly modeled a variety of outfits— from knitted tops to slip dresses that revealed her shoulder line— which exuded the charm of a stylish, modern woman.

In the interview conducted with the pictorial, Moonbyul talked about her latest venture this year with the mini-album Dark Side of the Moon which marked her second solo EP release.

“I loved it so much. At first, I didn’t really think about the results because it’s also not a song that is popular to the masses. I can do this kind of genre, and my goal was to show that, so I liked just being able to actively promote it,” the fierce rapper said. 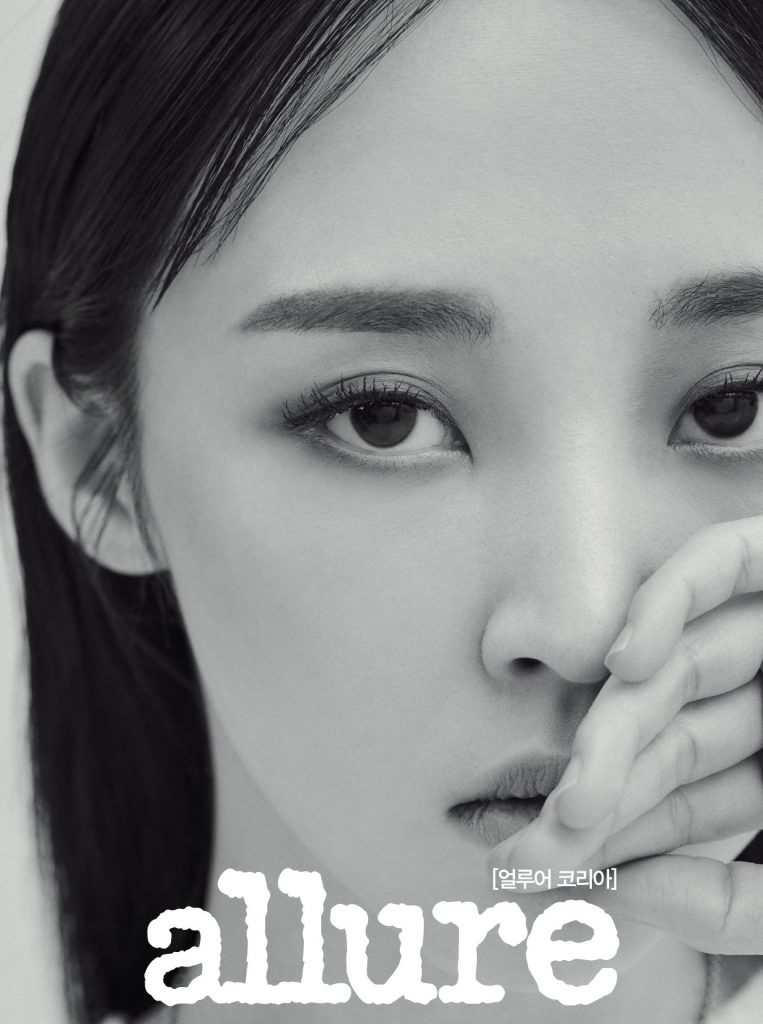 She also adorably shared, “I’m afraid of attempting new things, but I think I’m also slowly starting to learn how to do that. This photoshoot was also new for me and I’m unfamiliar with looking at myself. I’ve never shown this much skin like when I took pictures today.”

Noting her attempts to challenge herself from stepping out of the things she’s familiar with and try something new instead, the rapper added triumphantly, “I think I broke myself a little today.” 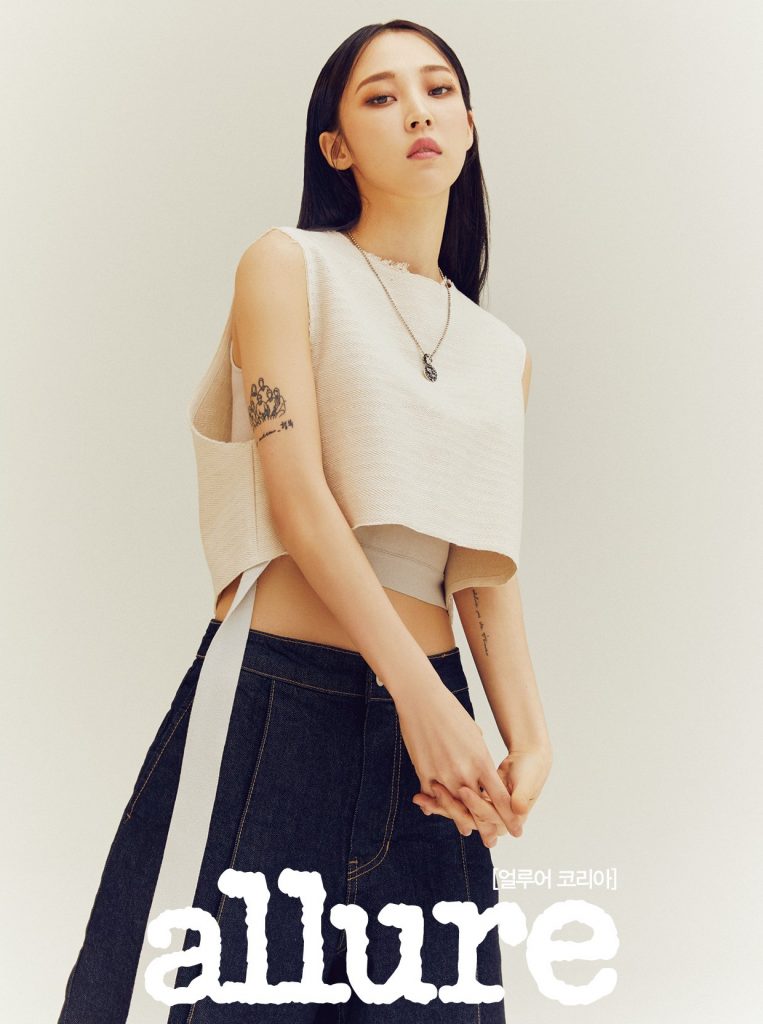 Meanwhile, more of the detailed photos and interviews featuring MAMAMOO’s Moonbyul can be found in the April 2020 issue of Allure Korea.

Hellokpop, as an independent Korean entertainment news website (without influence from any agency or corporation), we need your support! If you have enjoyed our work, consider to support us with a one-time or recurring donation from as low as US$5 to keep our site going! Donate securely below via Stripe, Paypal, Apple Pay or Google Wallet.
22
SHARES
FacebookTwitter
SubscribeGoogleWhatsappPinterestDiggRedditStumbleuponVkWeiboPocketTumblrMailMeneameOdnoklassniki
Related ItemsAllure KoreaMAMAMOOMoonbyul
← Previous Story New K-Dramas On Netflix In April 2020: “The King: Eternal Monarch” & “Extracurricular”
Next Story → EXO’s Suho Shares More Details About “Self-Portrait” And Answers Fans’ Questions In Recent Twitter Blueroom