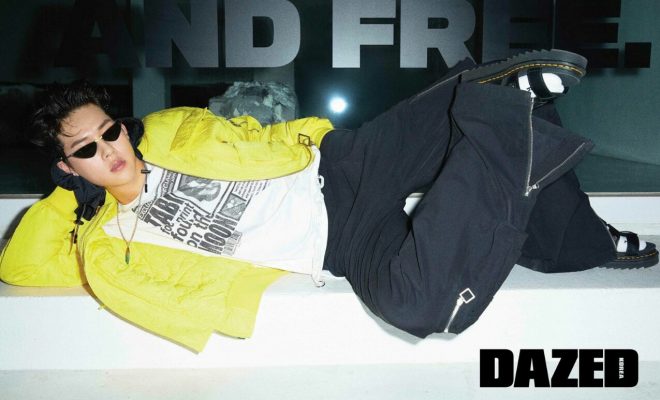 MONSTA X’s Joohoney blew us away with his cool and powerful aura which managed to jump off from his stylish new pictorial snapshots!

The ever-lethal visuals of MONSTA X’s Joohoney is the star of this stunning new pictorial which can be spotted on Dazed Korea’s August 2020 issue. 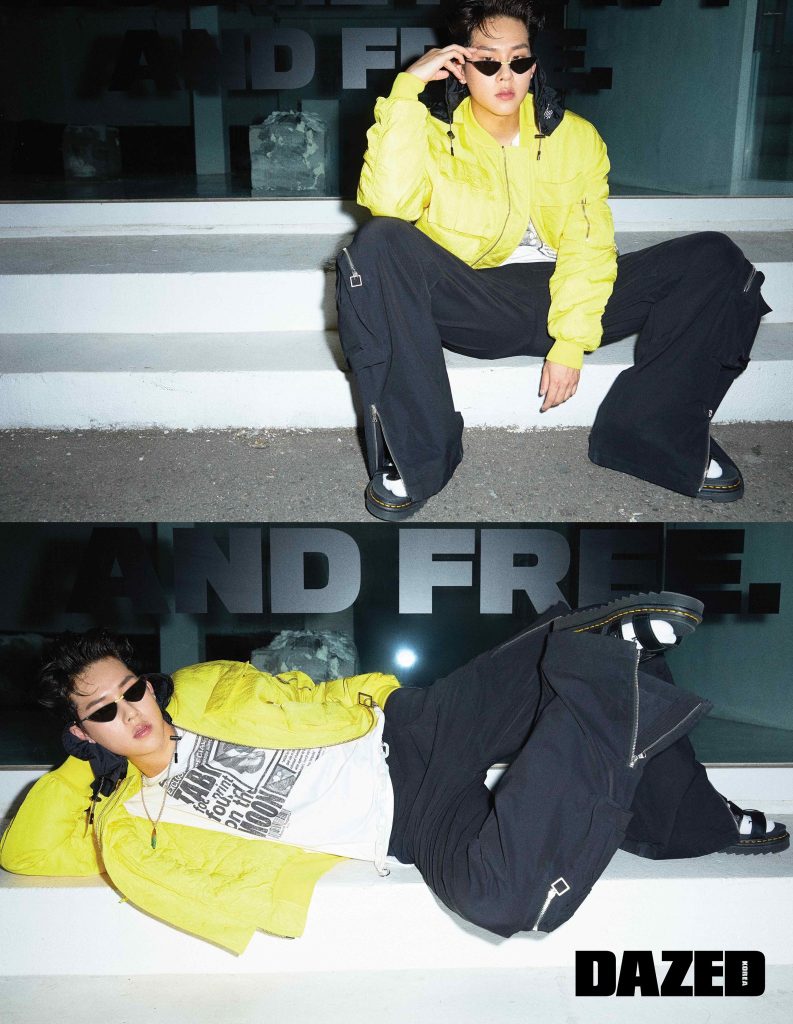 Excuse his charisma—Joohoney has made heads turn once again with yet another fashion magazine photoshoot spotlighting his effortlessly captivating poses and trendy style.

In the released snapshots from the pictorial, Joohoney drew attention by revealing his own “swag” with a look that matched neon-colored oversized outerwear with a unique design of sunglasses.

In the photoshoot’s accompanying interview, the rapper named Michael Jackson as his role model. Recently on MBC’s King of Masked Singers, he made headlines for covering Lee Jung’s song “Look at Me” with his unique and melodious voice.

Regarding his performance, he shared, “What I tried to do on stage for “Look at Me” was follow my role model Michael Jackson’s singing style instead of the ones I’ve done before. I’ve enjoyed listening to his songs since I was a kid and I’ve sang along to it a lot too.” 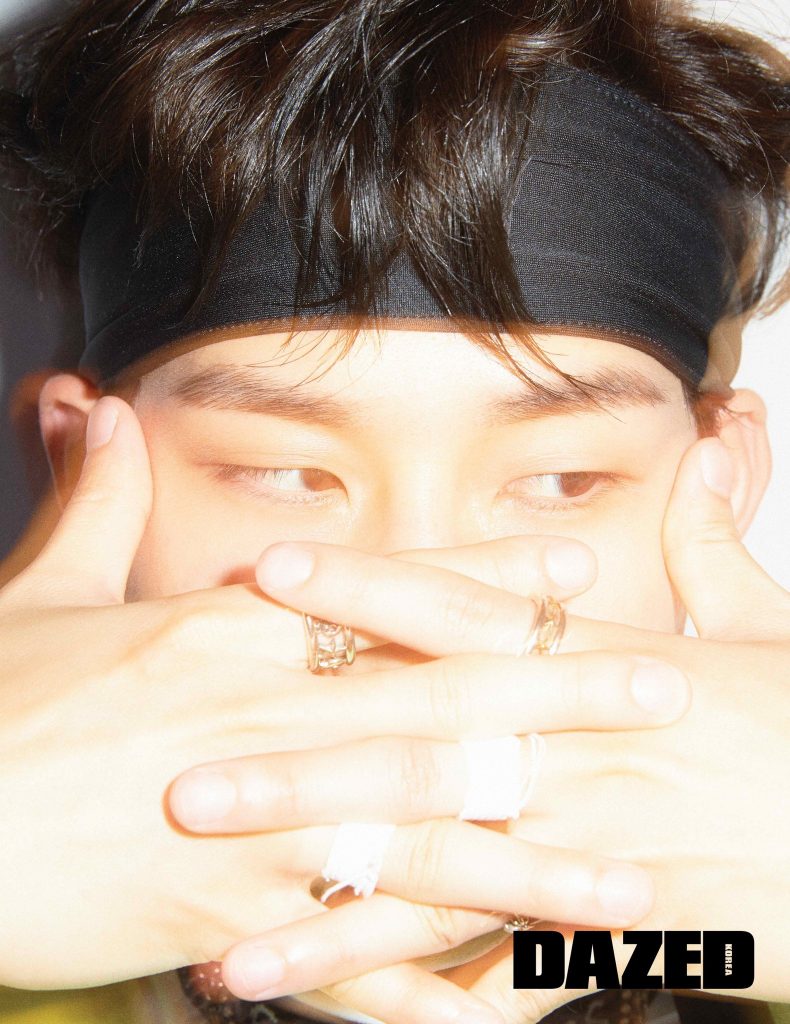 In line with the theme of music in Dazed’s August issue, Joohoney also revealed that he learned the beauty of rap by watching PD Cho and Dynamic Duo.

“I like how I pour out my rap without hesitation. When I’m so busy that my body is trembling, I think that’s my energy. I know that the audience who looks at the joy I feel feels the same way too,” he said, adding that he also likes Jooheon the moment he ‘expresses’ the most. 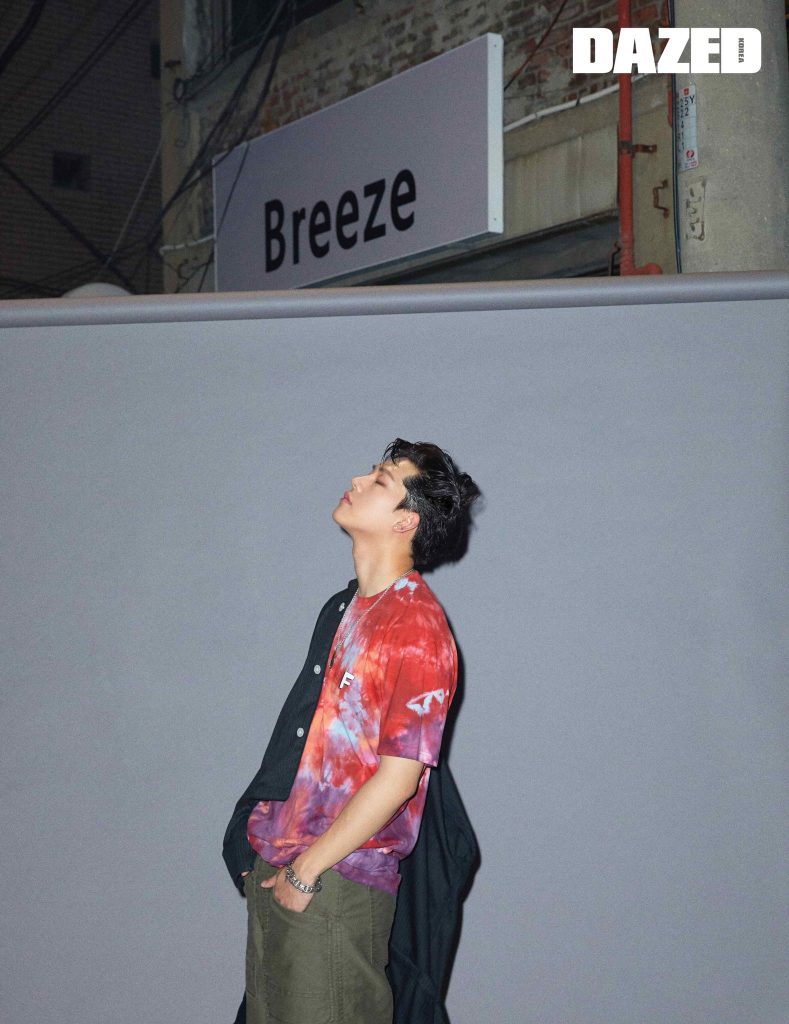 The MONSTA X member then went on to say, “What I absolutely insist on when I make music is sincerity. The lyrics must be sincere, and whether it’s something I really like or don’t like, I have to rap with what exactly it is that I feel. If I can’t do that, I’d rather delete that part. With music, that’s the one thing I’m stubborn about. I put my honest feelings in every word, and it may be very tiring, but I think that it’s necessary.”

When asked which of the words “innocent” or “swag” fit him best, the rapper decided to go with “innocent.” “I hope that “innocent” turns into swag. That’s something no one can imitate, he said. 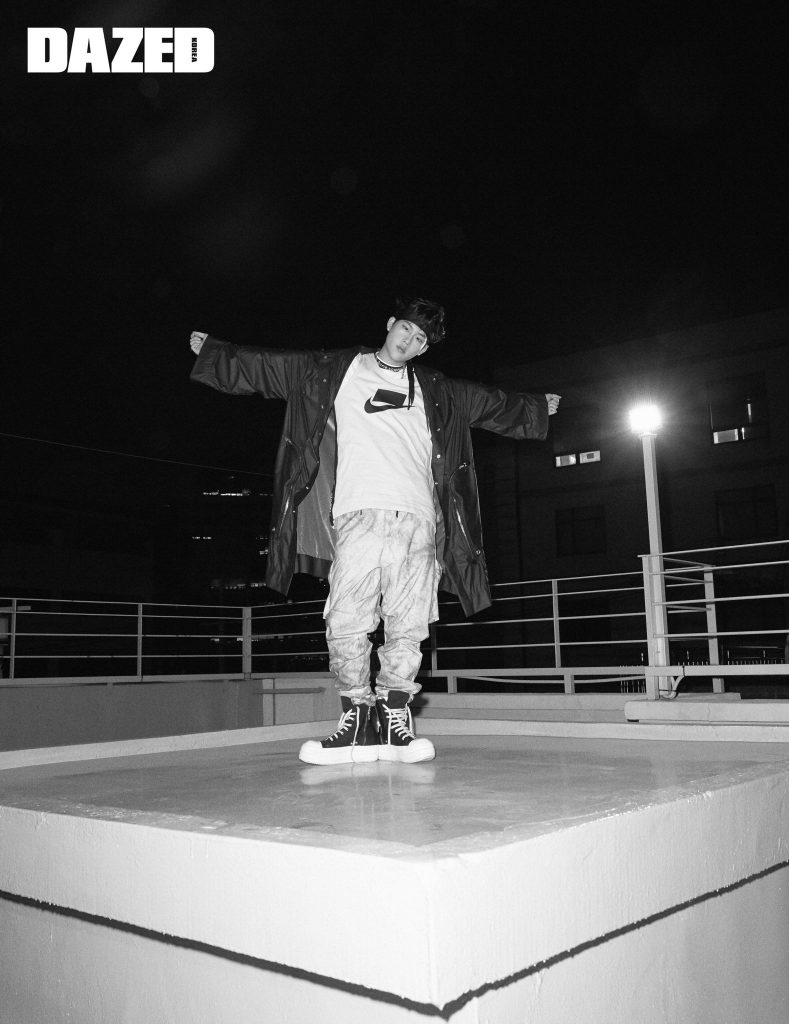 Meanwhile, the full pictorial and interview featuring MONSTA X’s Joohoney are available in the August 2020 issue of Dazed Korea.