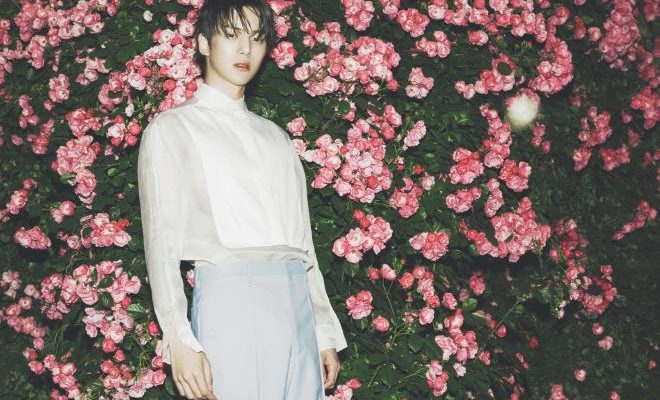 MONSTA X’s Minhyuk goes for an unconventional yet enthralling concept for his latest feature with top magazine Arena Homme+! 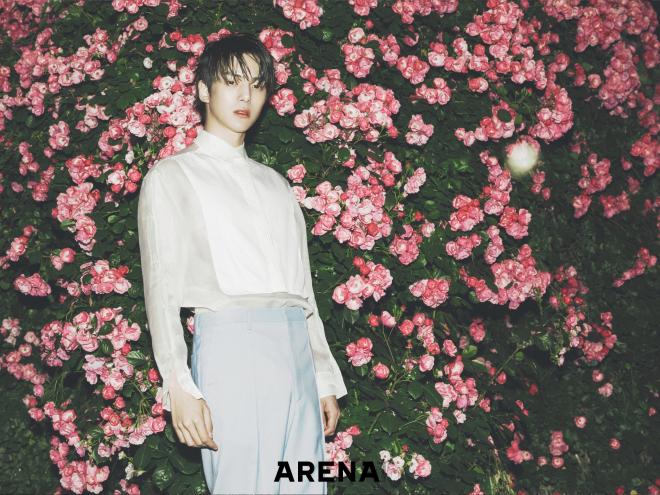 Donning various suave and highly-fashionable clothing pieces, the idol effortlessly made many heads turn with his enticing appeal and magnificent looks.

Shot against dark and flower-themed settings, the lovely artist nailed the pictorial concept with his unpredictable gaze and commanding aura. Moreover, Minhyuk would almost certainly catch spectators’ hearts and attention with his sleek poise and highly-attractive appearance.

In contrast to his warm personality, the photoshoot unleashed the idol’s dark and enticing image as well as his unbelievable duality, while flaunting his strong physique and chic facial features.

The unique styling and make-up techniques also added a bit of elegance and character to the idol, while exhibiting simple yet daring poses.

In the pictorial’s accompanying interview, Minhyuk opened up about his interests such as flowers and whales. He also shared his sentiments about his group’s recent comeback with One of a Kind. 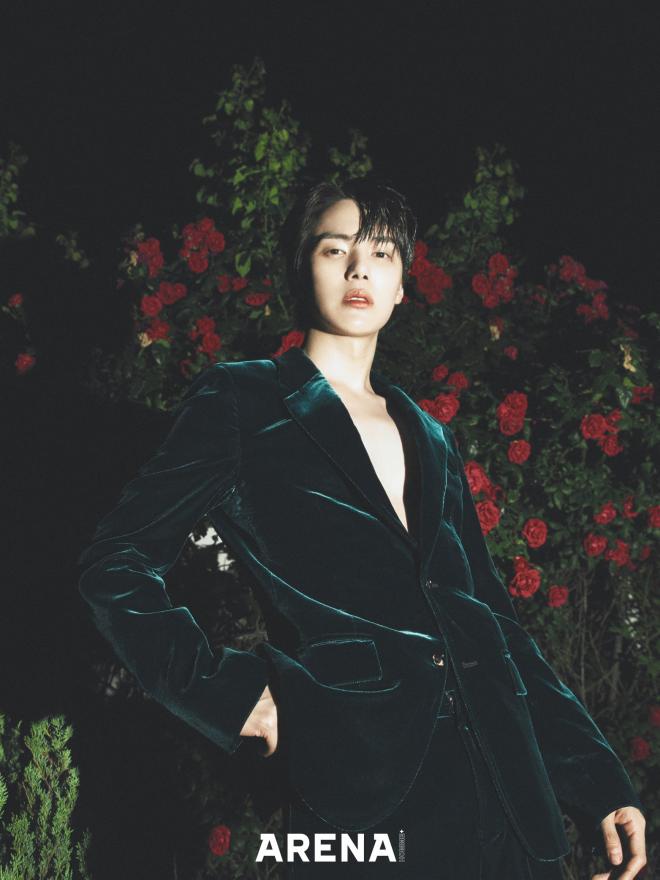 Expressing his love for roses, Minhyuk shared that he loves them because they represent love. Relatedly, he added, “I want to become someone who can support his loved ones well.”

When asked about his thoughts regarding their newest musical offering, the idol said that it is an album that contains a higher level of member participation compared to their previous releases.

In addition, Minhyuk said that the title track “Gambler” is “sophisticated and savory song that hits harder than the existing MONSTA X songs.”

Fans can see more stunning photos and know more about Minhyuk’s interview by buying the July 2021 edition of Arena Homme+.