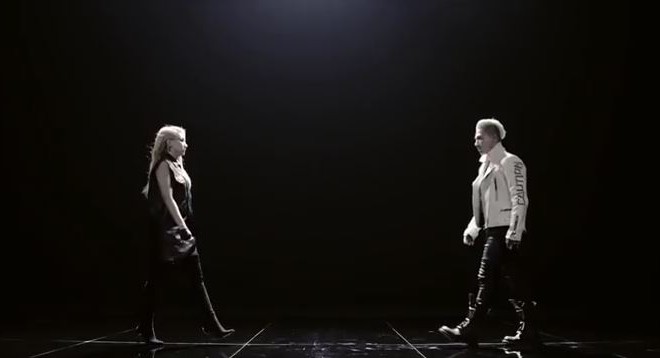 What you have just witnessed was the 3rd official teaser for the new clothing brand NONA9ON.

NONA9ON is a global, casual clothing brand created in a collaborative effort between YG Entertainment and Samsung Everland’s fashion department (Samsung Everland).  The brand features BIGBANG’s Taeyang and 2NE1’s CL.  According to YG officials, NONA9ON is a joint venture between the two companies that “symbolizes diversity and limitless growth.”

Earlier this year, on April 8th and 10th, YG released the first two NONA9ON teasers on their official YouTube.  Today, YG Entertainment surprised fans a third time by releasing a countdown timer displaying the words “3rd invasion,” an apparent follow up on the fashion line’s previous teasers.  In this third teaser, BIGBANG’s Taeyang and 2NE1’s CL dance charismatically to show off the new clothing brand.

The first NONA9ON teaser contained a chrome-colored theme with what appeared to be dancing tribal warriors.  That video ended with the tribal warriors creating a nonagon with their light sticks, and the words ‘1ST INVASION’ cover the screen. Take a look at the first teaser below:

The second video carried the same theme as the first one, but contained choreography by Parris Goebel and music by CHOICE 37, both being very influential in the entertainment industry.  Below, watch the second video, which conveys the brand image and concept of young street casual.

On September 11th, YG Entertainment will either be officially launching the brand or releasing another teaser. Let’s all sit back and watch the company unfold this alluring new brand, one that could possibly turn the fashion world upside down.