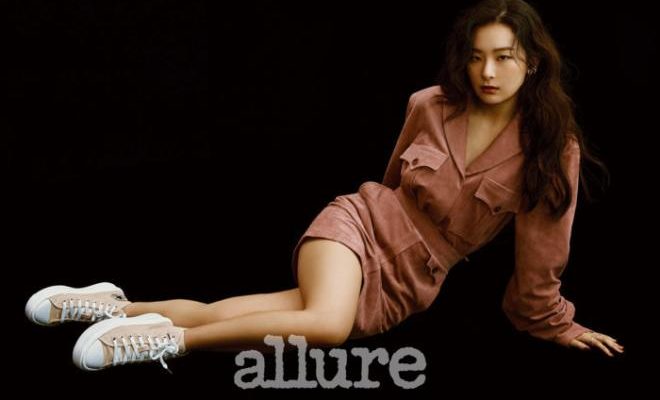 Red Velvet’s Seulgi unleashed her unique and fatal charms in her latest photoshoot with Allure Magazine. 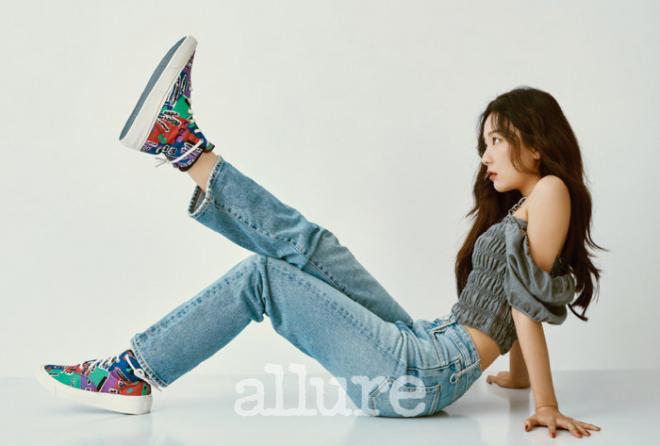 Featuring contrasting looks of classy streetwear and modern elegant outfits, Seulgi has made heads turn once again with her effortless beauty.

Shot against neutral-colored backdrops, the talented idol completed the pictorial concept with her youthful hairstyle while emitting a mysterious yet ravishing aura.

The singer also effortlessly aced the photos with her enthralling yet unconventional poses, which purely demonstrates her confidence. 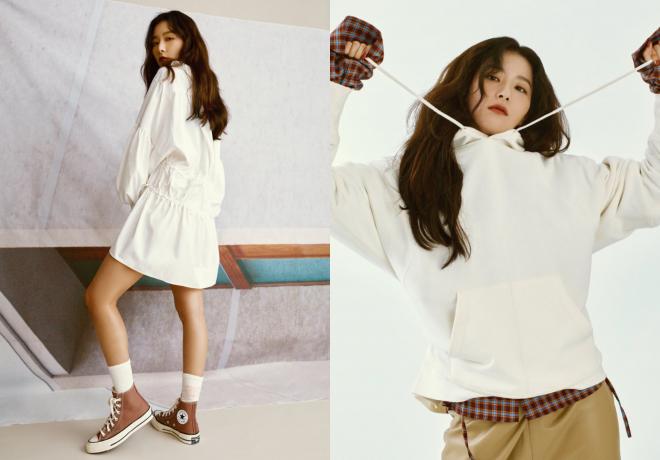 ON LATEST VENTURES AND PASSION IN HER CRAFT

Coming back after seven months, the singer shared that she felt nervous about having to stand on stage once again but her fellow members became her source of strength throughout the debut process. 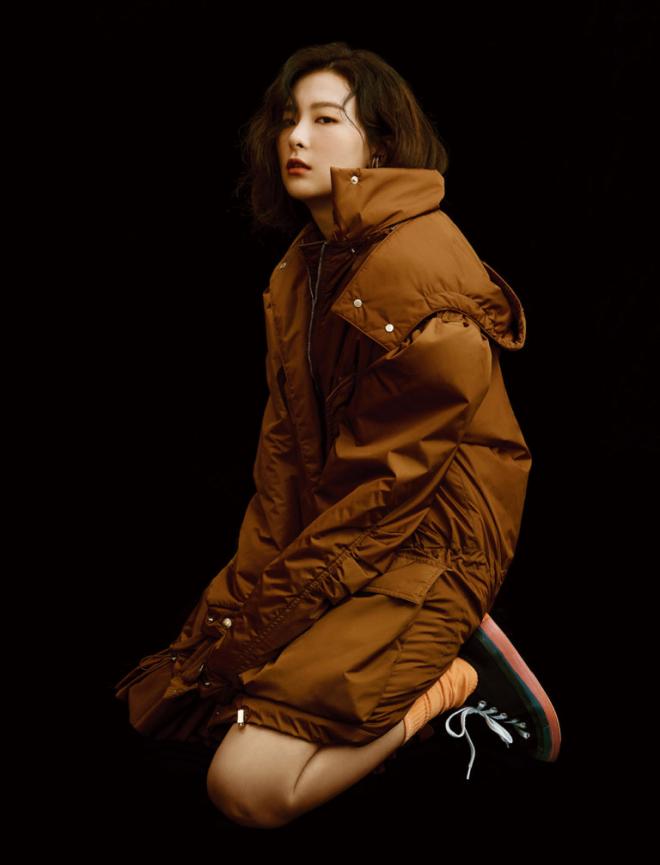 Seulgi said, “After “Monster” came out, [Irene and I] asked the people around us about it a lot. It’s something we were doing for the first time and a concept we hadn’t even imagined, so we were worried. I think we needed the opinions of those around us. The [members] said things like “who would pull this off if not you two?.”

Expressing her gratitude towards her fellow group members, Seulgi further said, “[Joy, Wendy and Yeri] supported us, saying that [the concept] would work because it was the two of us.”

Furthermore, the charming idol also openly talked about her passion in dancing, which is evident during her latest music release. 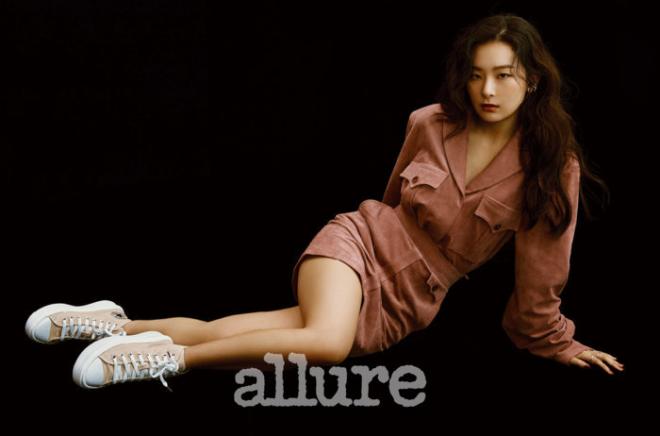 “I learned that you can express things in detail even down to your fingers. I had some trouble keeping it together because it wasn’t just doing choreography, you have to use your head too.”

When asked about her solo track “Uncover”, Seulgi revealed that the song unveils her inner feelings.

The singer shared, “[The song is] my story but it can be everyone’s story too. I thought that everybody wears their own masks. They can’t express everything and hide their emotions inside themselves and live while wearing a smiling mask. But underneath it all, there are emotions and there are are vortexes and a singing to not express those feelings. I have that sort of thing too.”

Looking back in her career, Seulgi said that she is the type who takes a “carrot and stick” approach, which means the combination of reward (carrot) punishment (stick) to motivate oneself.

As a reward for doing well in every stage, the singer shared that she would comfort herself and say “Seulgi-yah, you did well”.

Regarding Red Velvet’s undeniable fame even among casual listeners, Seulgi admitted that such honor makes her want to work harder. 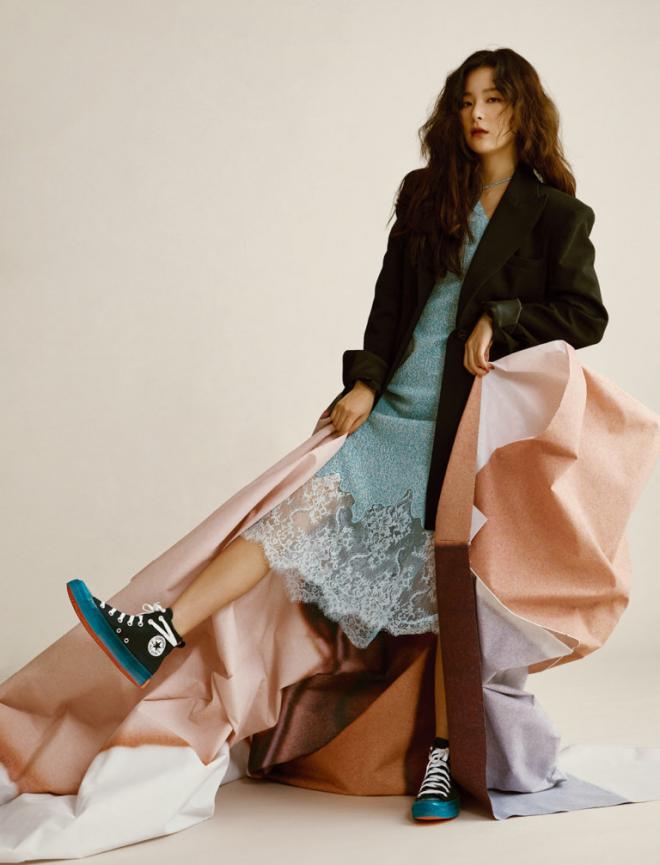 Moreover, when asked about her other plans as an artist, Seulgi mentioned that she wants to release a solo music in the future.

“I want to do a solo too, [in order] to bring out the things that are inside my head,” she said.

However, Seulgi expressed that the feeling will always be different when she promotes with her fellow Red Velvet members.

“When [Irene and I became a unit], I missed the atmosphere of being five so much. Doing schedules with all five of us was super fun. I realized again how precious five like that is,” she stated.

Fans can see more glamorous photos and know more about Seulgi’s interview in the September 2020 edition of Allure, its official website and its social media channels.