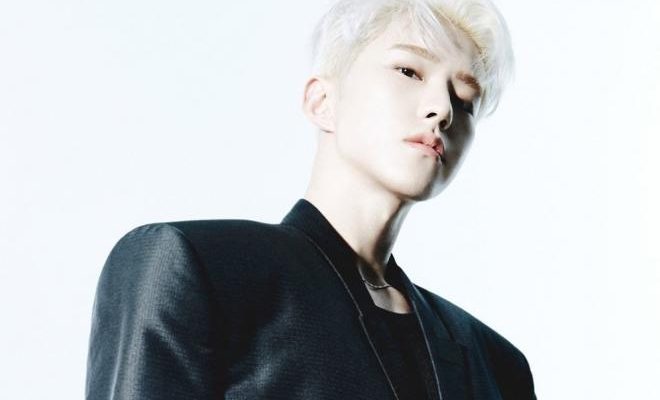 Blessing fans with superior content left and right, SEVENTEEN’s Hoshi caught fans’ attention because of his majestic looks in his recent pictorial with Esquire Korea!

Hoshi of powerhouse group SEVENTEEN veered towards a dreamy and enthralling concept to exhibit his powerful aura in his recent stylish photoshoot with Esquire Korea. 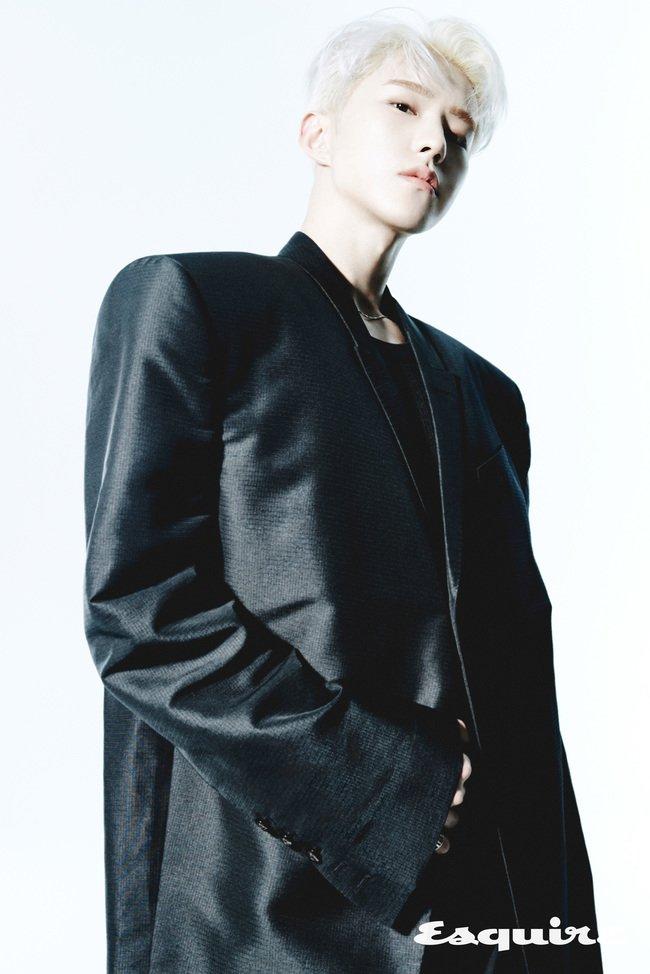 Donning highly fashionable monochromatic outfits that highlight his stunning physique, the idol made many heads turn with his out-of-this-world visuals.

Shot against minimalist settings, Hoshi proved his versatility by coming up with artistic and unconventional poses. He also made sure that he is the only one that could pull the gestures off by letting his body groove and do the job.

The artist’s manly and irresistible charms perfectly complement the photoshoot’s unique and mesmerizing concept. Meanwhile, the dashing clothing pieces and his current hairstyle made the idol look youthful as ever.

Moreover, Hoshi also set the online world on fire as he takes the whole projecting game to a whole new level. His gaze was piercing yet it is truly awe-inspiring, which surely melt everyone’s hearts, not just only CARATs.

In the interview that came with the pictorial, Hoshi talked about his recent personal ventures including the release of his mixtape called “Spider.” He also shared some bits about his plans for the future, particularly his goals with his group SEVENTEEN.

According to the dazzling idol, the idea for the track first came out after he went for a tarot card reading together with his members and the employees at their company. Not exactly knowing what the cards mean, Hoshi unmindfully went for the “Job Luck” card and found out that his solo song will be released this year.

He shared, “I don’t really believe in these things, but I do believe it for some reason. Maybe it was something you wanted to believe. Anyway, I started working on songs from then on. I got a lot of help because I have a talented composer [by my side], who is also our member, Woozi.” 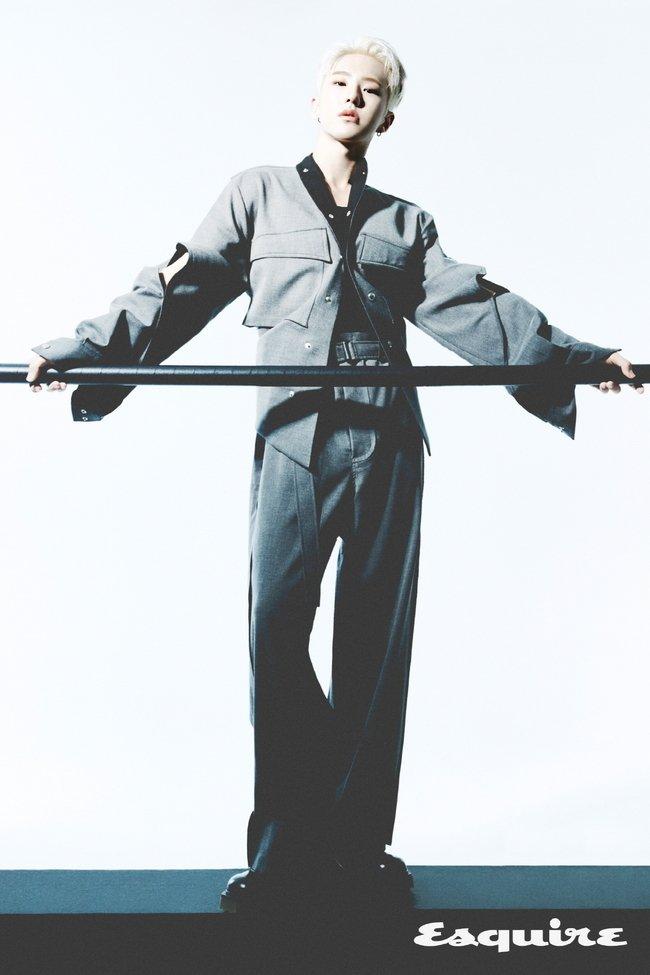 While he had no time to prepare for it in 2019 because of SEVENTEEN’s subsequent schedules, 2020 was the complete opposite. It gave the singer the opportunity to work on his solo songs due to the rise of the COVID-19 pandemic, followed by the cancellation of their songs.

In fact, Hoshi was able to come up with 10 songs all by himself because of all the free time he got last year.

“If I couldn’t stand on stage, I wanted to show my fans a song even by releasing the sound source through Sound Cloud. After making one or two songs like that, I found out that I had over 10 songs written by myself. It’s embarrassing to say it with my mouth, but there are a lot of really good songs. So, in the end, we held a hearing,” he added.

“Sometimes the road running to achieve a dream is choked as if it were tied in a spider web, but it meant that we would continue running without stopping,” he said.

To perfectly match the deep concept, the talented artist also said that he tried to create a sexy and wild mood from the beat of the music down to the dance that everyone will like.

He also revealed that he personally worked on the intricate choreography for the song along with famous choreographer Choi Youngjun.

“It was my first solo song, so I really wanted to do it well. Since I’m the leader of the performance team at Seventeen, I didn’t want to give up as much as dancing. So, I prepared a dance reminiscent of a spider web using 6 iron bars,” Hoshi added.

ON PERSONAL VENTURES AND GOALS FOR THE FUTURE

Revealing a much more intimate side of himself, Hoshi shared that he is really into exercising these days. He thanked NU’EST’s Baekho afterward for influencing him to get personal training.

However, since he has been getting stiffness all over his body, Hoshi shared that is much more into pilates than those intense exercises. 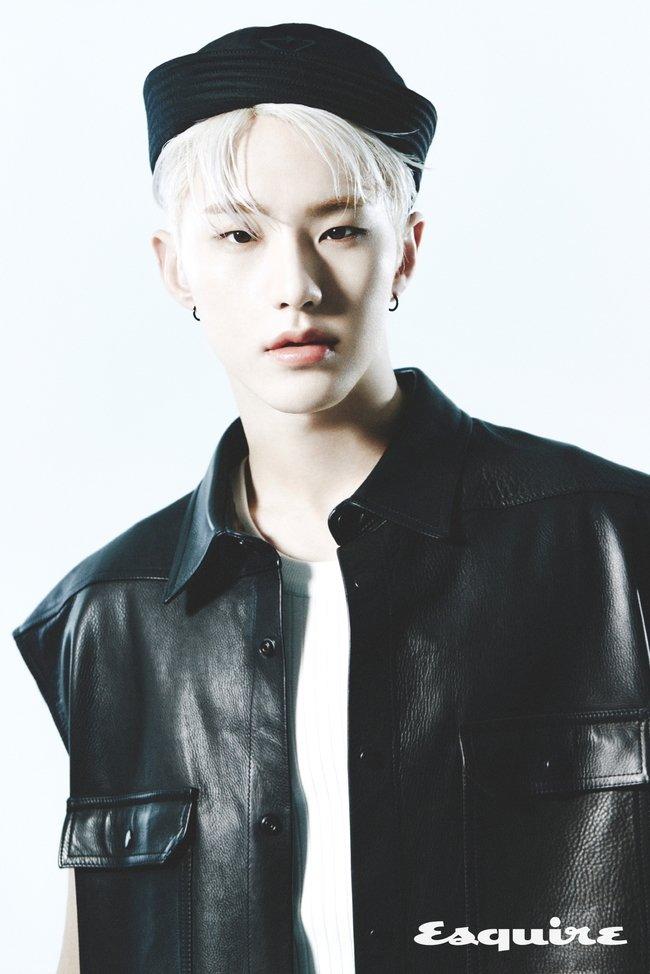 When asked about what he does when he is not in the gym, the idol said that he spends a lot of time in the practice room.

“There are almost always choreographer hyungs or dancer teams in the practice room. They play while sharing their choreography with each other. We also talk about this and that. For me, the time to discuss and immerse in dance and music is very enjoyable and precious,” he added.

Delivering praises for his beloved group, Hoshi also mentioned that practice is the secret towards SEVENTEEN’s amazing synchronization.

“I repeat the practice until all the members are satisfied…Everyone learns choreography at a fast pace. I think the synchronized dance shines only when the 13 members are together and that’s what makes it “very seventeen-like,” he proudly shared. 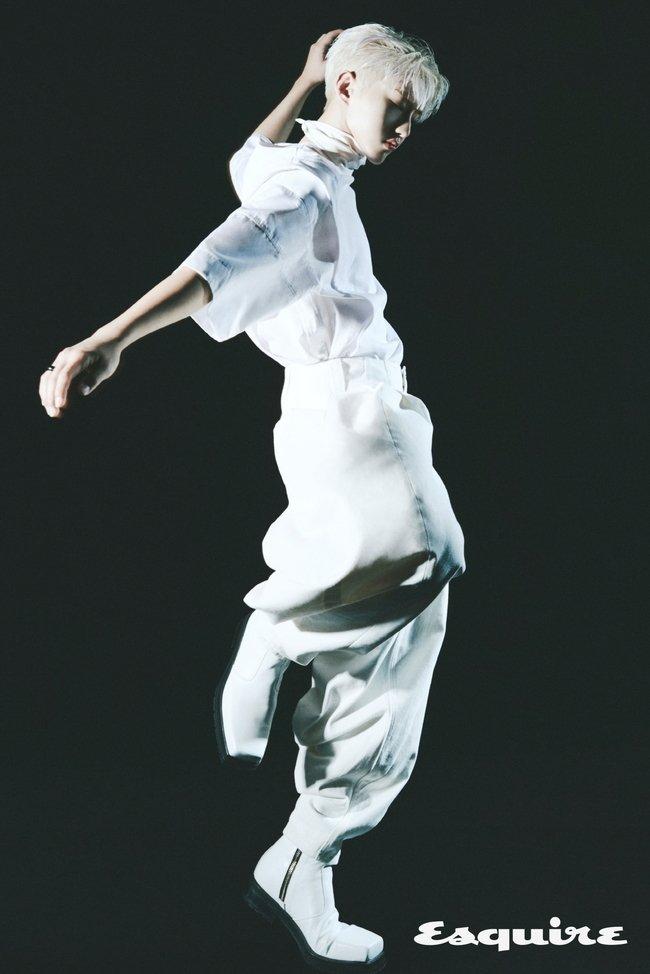 Regarding the group’s future comeback, Hoshi also stated that he can’t give an exact date just yet but SEVENTEEN always has a plan in their arsenal.

“We’re planning on having a comeback with a new song this year. Woozi is working hard on song producing, while the other members are also taking care of themselves well for the comeback,” he added.

Fans can know more about Hoshi’s interview by browsing the May issue of Esquire Korea, its social media channels, and official website. You will also see more of Hoshi’s enticing photos on the same platforms.