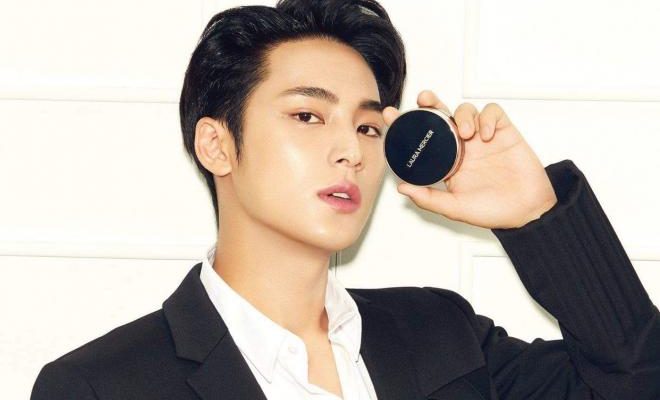 Sweeping everyone’s attention once again with his flawless visuals, SEVENTEEN’s Mingyu has nailed another pictorial with Korean magazine 1st Look!

Mingyu of phenomenal boy group SEVENTEEN has veered towards a soft, sweet and romantic aesthetic in his recent laid-back photoshoot with 1st Look Magazine.

While donning classy and stylish suits and dress shirts, the idol caught spectators’ hearts again with his insanely attractive looks and solid physique. His brushed up yet somehow slightly wet hairstyle adds up to his overall alluring appeal. It suits him so well that one certainly cannot help but to stare at his photos from the shoot all day. 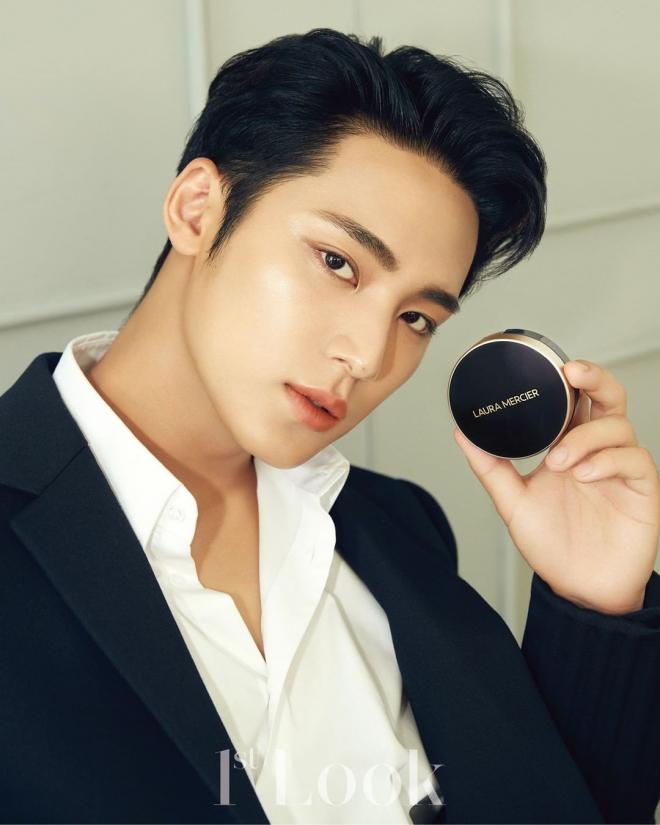 Shot against simple settings, Mingyu created a serious but sophisticated atmosphere with his impactful poses. The impeccable styling made him look like an actual CEO of a company who is always up for any challenges thrown at him.

Looking at the results of the photoshoot will make one feel as if the idol did not even have to try hard to come up with facial expressions and gestures as his beauty and projecting skills effortlessly comes out as soon as he faces a camera.

Since Mingyu has been on many solo photoshoots prior to this one, he was able to immediately display the right mood for the concept. This serves as a solid proof how much he works hard for every tasks and responsibilities he needs to do. 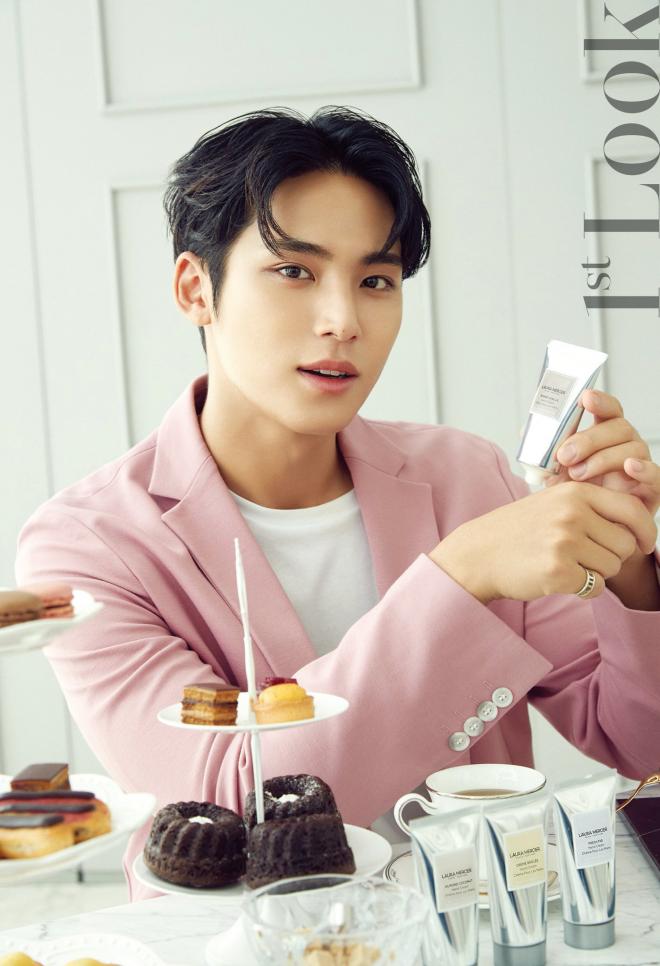 The artist was also able to attract massive attention with just his warm gaze and lovely smile, while his close-up shots were able to highlight his sculpture-like facial features. The natural make-up look he went for allowed fans to admire his unreal looks even more.

Making the shoot even more memorable, Mingyu collaborated with French slash American cosmetics brand Laura Mercier to make CARATs’ hearts flutter like there is no tomorrow.

Some of the pictures included in the magazine showed the idol holding the newest product of the company called Diamond Cushion. It was likely the reason why his skin has become even more radiant and dewy than it was before. 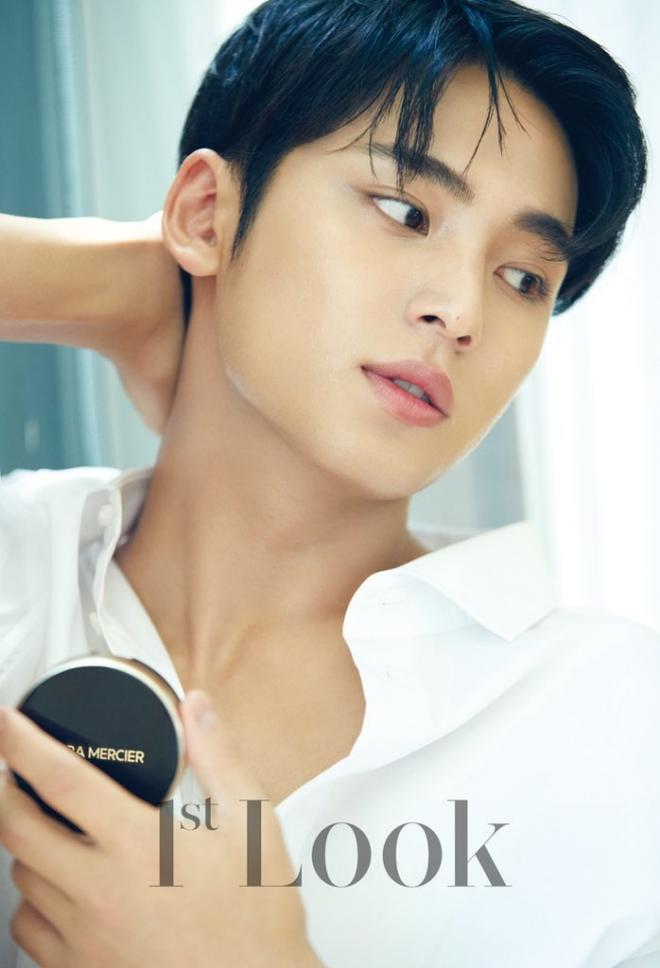 In an accompanying interview, Mingyu talked candidly about his self-care routine, his bandmates as well as his recent hobbies.

Regarding how he takes care of his skin, the idol revealed, “I shower with body wash, apply body cream, and then perfume on top. I like the harmony of these three scents. On days when I want to be fresh today, these three steps feel like a deadly move.

He also shared that he personally prefers sweet scents, which prompted him to like Laura Mercier’s amber vanilla scent. “I felt like it fit perfectly with my image,” he added.

ON SEVENTEEN AND HIS HOBBIES

When asked about what his fellow SEVENTEEN members mean to him, Mingyu stated while smiling, “In the past, I thought there were 13 people, but now I feel empty when one is missing. Even when I eat, if there is no one, I get really upset. There is a joke among our company staff: if you feel empty when one of the Seventeen members isn’t around, you’ve adapted to Seventeen’. It’s a deal.”

Proudly sharing what he has been up to these days apart from his duties as an idol, the artist said, “I started studying for a real estate agent. It’s a hobby. The father of one of our members got a real estate agent license. So I bought the book.” 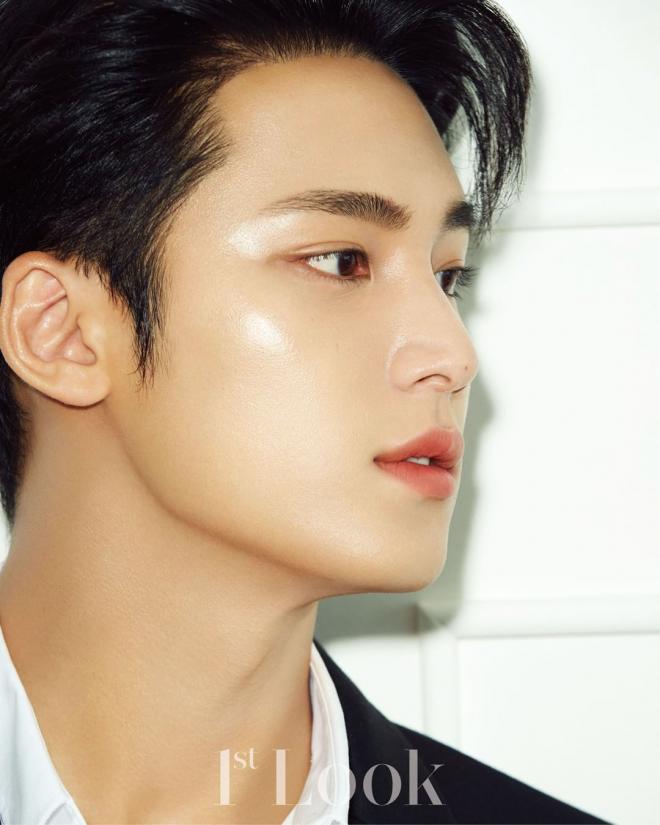 Fans can see more dazzling photos and know more about Mingyu’s feature by grabbing the latest copy of 1st look Magazine as well as visiting the official website and social media channels of the magazine.

Meanwhile, the idol and the rest of the SEVENTEEN members are now currently gearing up for their nearing return to the K-Pop scene this October.