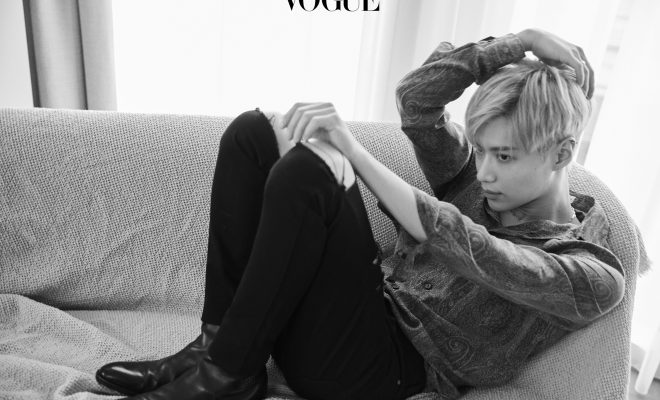 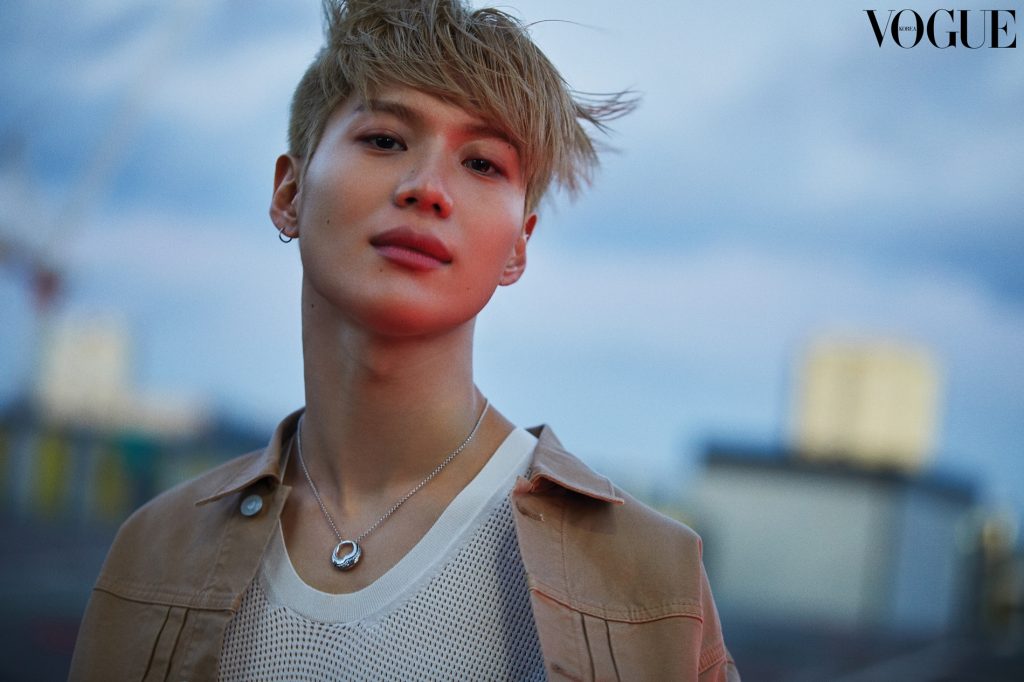 Meanwhile, the outdoor shots made him stood out while garbed in a modish trench coat overlapping his tuxedo. Getting on a laid back mood, he also wore a white mesh shirt with a jacket reflecting a refreshing vibe. 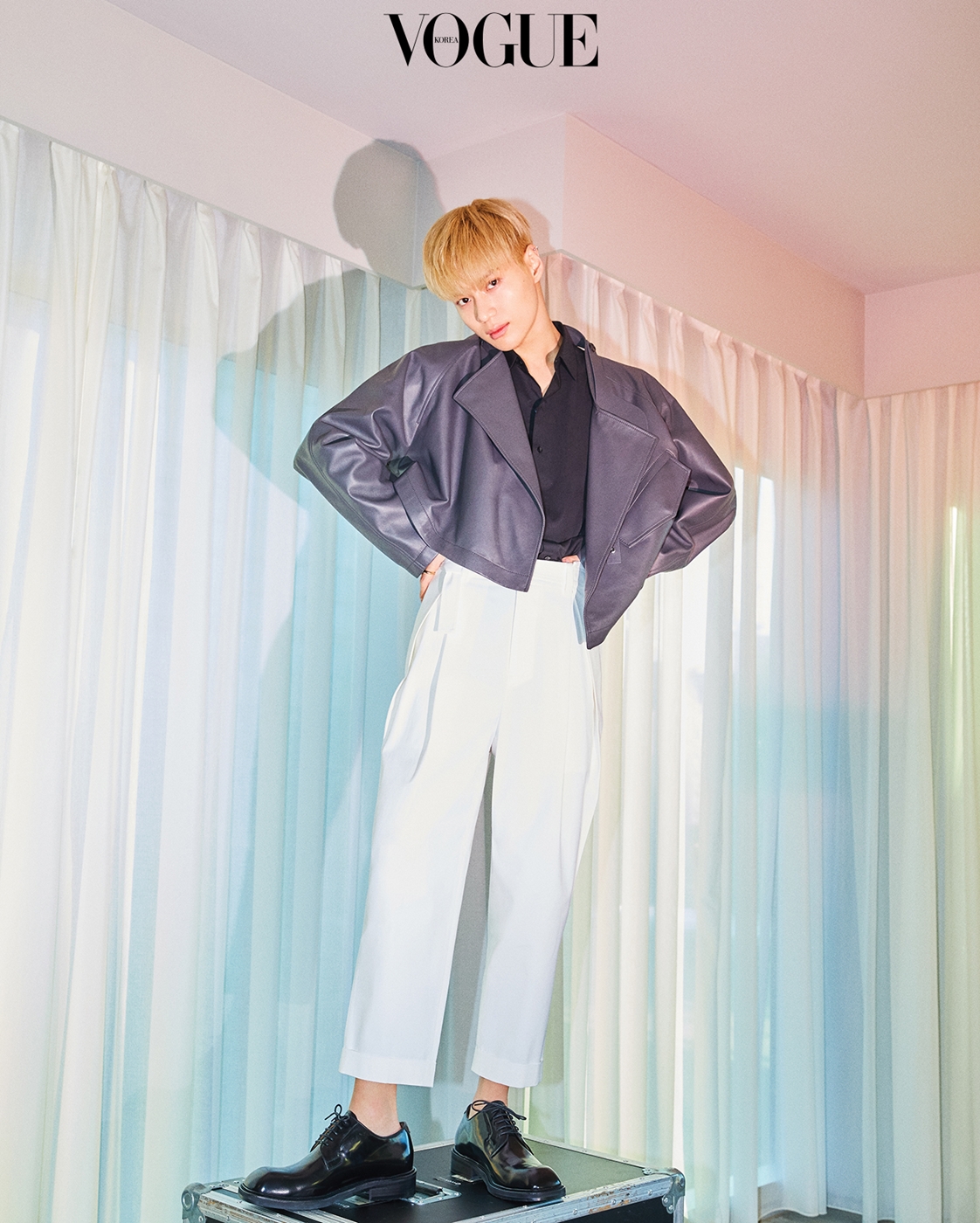 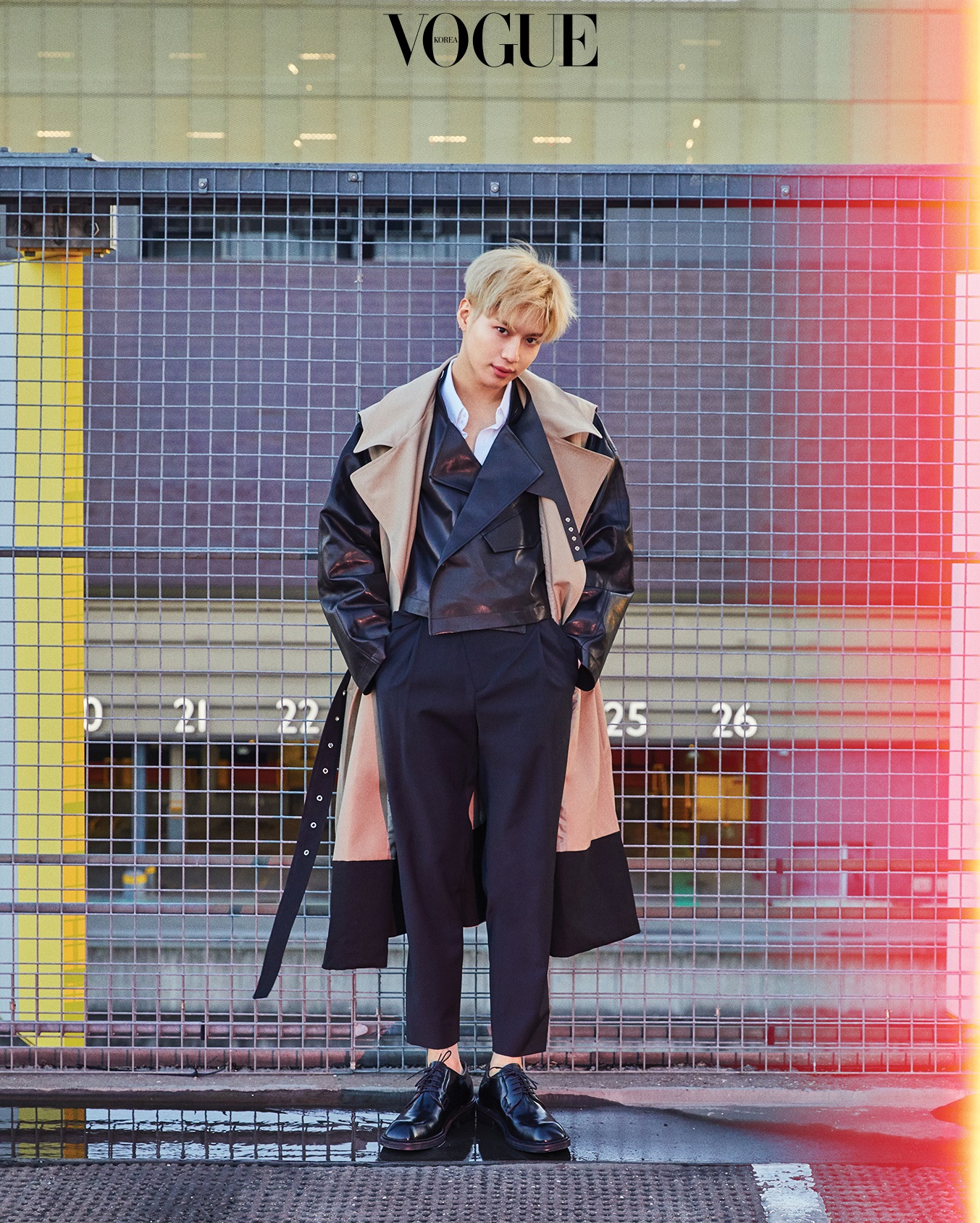 Noticeably, Taemin not only fascinates with the clothes he wore. He captures the emotion of each concept with his relaxed look and dreamy eyes.

Subsequently, the artist shares his thoughts about his purpose in making music. He remarks how he is proud to give people positive energy through his music.

“I want to make people happy and I want to be a motivator in my own way,” he said.

More of Taemin’s photos and interview can be found in the April issue of Vogue Korea and its official website. 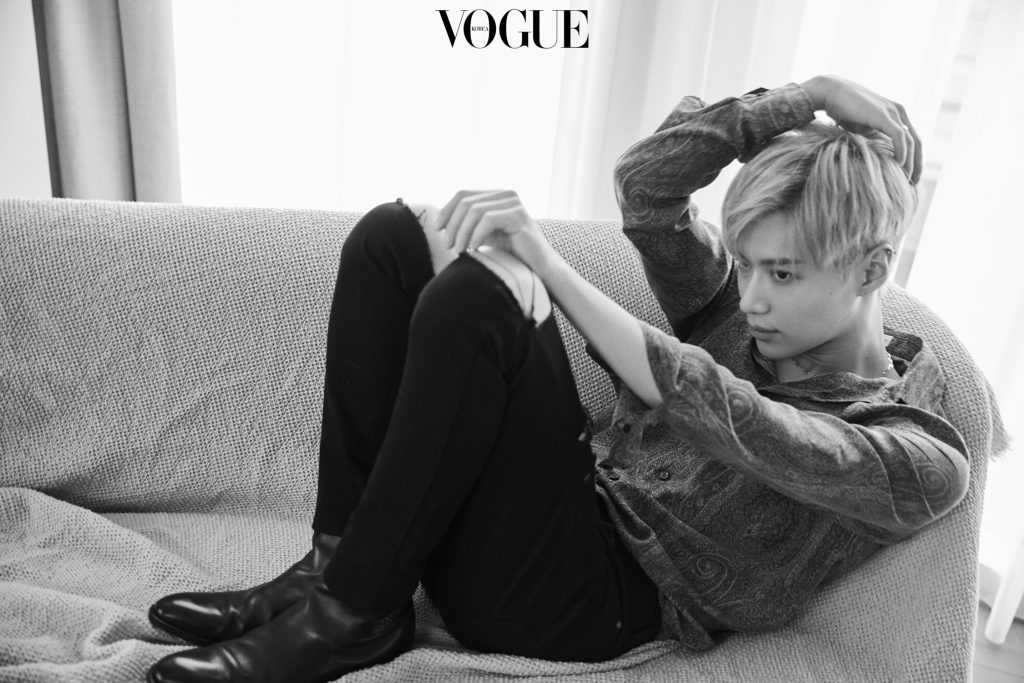 Hellokpop, as an independent Korean entertainment news website (without influence from any agency or corporation), we need your support! If you have enjoyed our work, consider to support us with a one-time or recurring donation from as low as US$5 to keep our site going! Donate securely below via Stripe, Paypal, Apple Pay or Google Wallet.
FacebookTwitter
SubscribeGoogleWhatsappPinterestDiggRedditStumbleuponVkWeiboPocketTumblrMailMeneameOdnoklassniki
Related ItemsSHINee TaeminTaemin태민
← Previous Story NCT’s Doyoung, Jaehyun, And Jungwoo Serve Sleek Looks In GQ Korea’s April 2020 Issue
Next Story → HyunA And Dawn Showcase Their Dynamic Chemistry With DAZED Korea