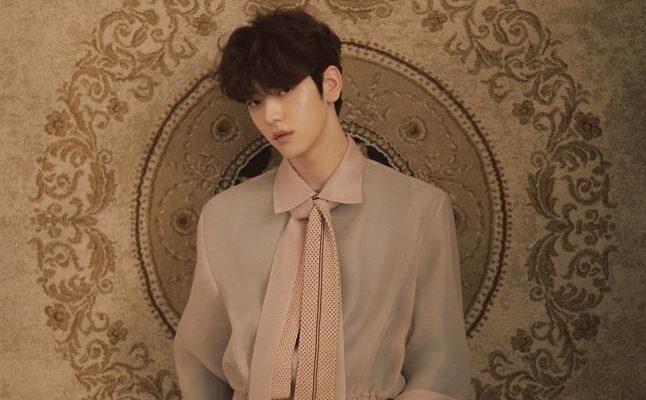 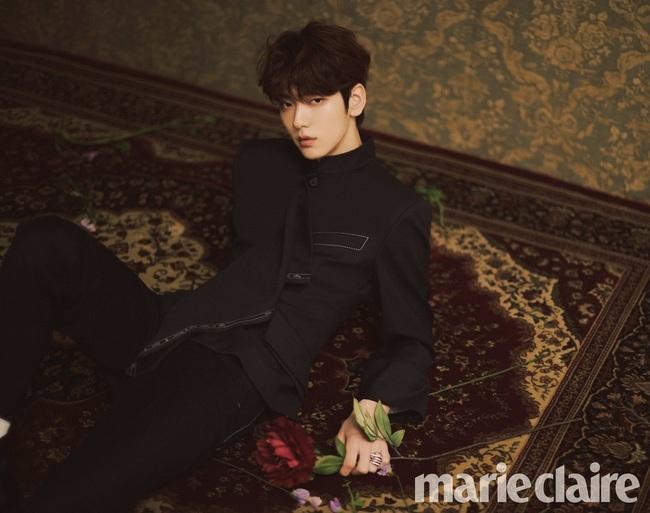 Just recently, Marie Claire magazine released the stunning photos of Soobin as well as his interview. The multi-talented idol created a classic yet romantic atmosphere with a jacket, suit, and shirt with a tie frill decoration. As it was his first solo pictorial, he tried new expressions and poses for each outfit, showing different charms in every shot. 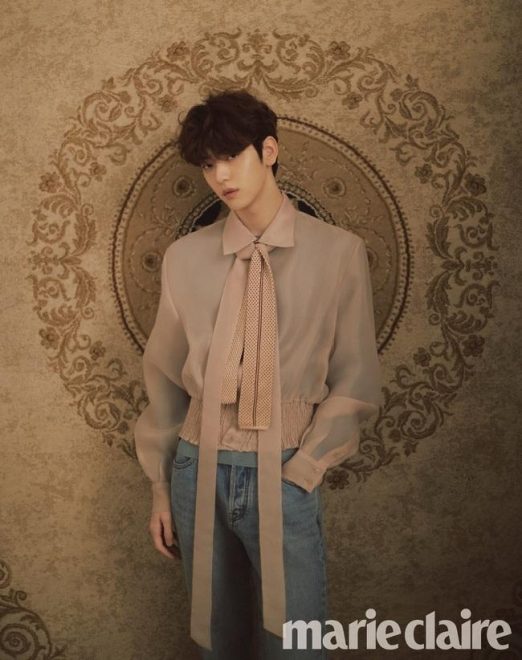 “I was very worried because it was rare to do something without the members. I was very nervous, but the warm atmosphere on the set quickly relieved my tension,” Soobin said. He added that it’s not easy for him to accept something new like this one, but he’s getting used to it little by little as he continues to gain experience.

A legendary year for TXT

In addition, Soobin shared an in-depth story about their group’s achievements in 2021. TXT’s second regular album Chaos Chapter: FREEZE became the No.1 best-selling album by any group or male artist in the United States. The boy group also achieved a new record as they became the only K-pop artist to debut three albums on the Billboard 200 chart last year. Moreover, their latest title track “0X1=LOVESONG (I Know I Love You)” made history as the first K-pop song to top Line Music’s real-time chart in Japan for over 100 hours.

TXT’s repackaged album Chaos Chapter: FIGHT OR ESCAPE also raked in impressive achievement on the global stage. Particularly, it became the only K-pop album to be included in NME and Rolling Stone’s respective list of “The 50 Best Albums of 2021.” 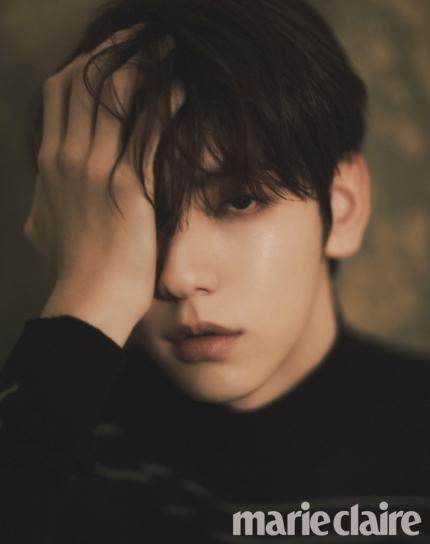 When asked about these achievements, Soobin said, “At first, I couldn’t feel it and couldn’t believe it. Because we couldn’t do the tour, there was no way to feel if we were growing. But due to these kinds of results, I became confident that the path we’re taking is the right one, and it made me feel proud and happy.”

He also mentioned that he has high expectations of where the story of TXT will go, and also mentioned his desire to comfort fans through their music in the future.

Check more photos and the detailed interview of TXT’s Soobin in the February 2022 issue of Marie Claire and on its website.
Source: Newsen
Photo Credits: Marie Claire