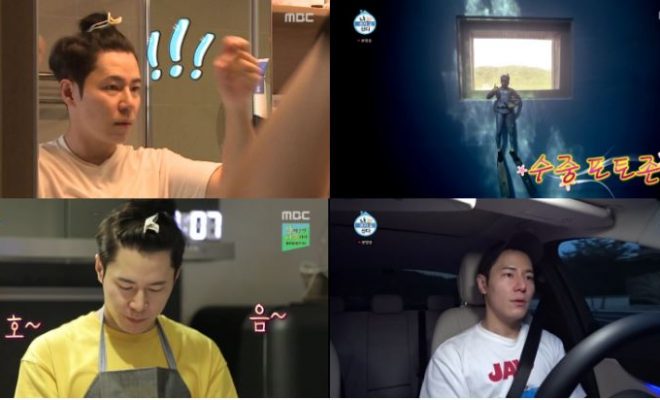 I Live ALone keeps on bringing actors in the show and viewers get to picture sides of them different from the roles they played.

Getting a glimpse of how normal they are as reflected in the candid cameras set up to follow their daily routines makes any fan girl happy. That has been especially arranged by the show and the witty members’ comments encourage the guest to speak his mind. 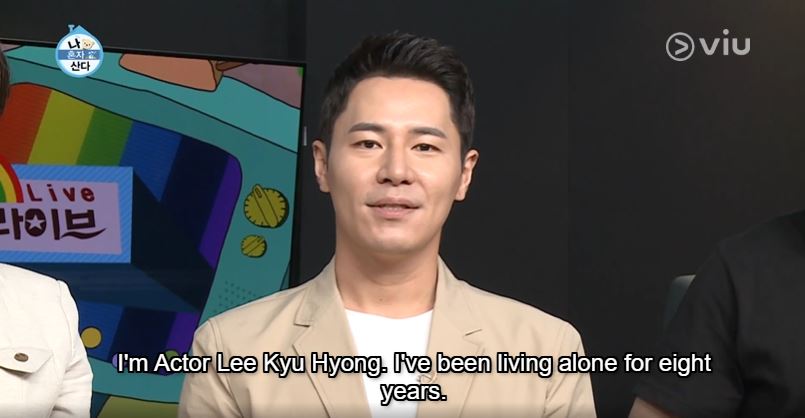 For the show’s 355th episode, actor Lee Kyu Hyung made his appearance in the show. His role in Prison Playbook has been well-loved by drama fans. Each character he played since then left lingering impressions to viewers including the most recent one, Hi Bye, Mama.

As soon as the announcement of his appearance went out, it trended online proving the curiosity of viewers to the talented actor.

How’s his daily living look like? Totally interesting! From being neat in the house, his hobbies and relationship with senior actors, Lee Kyu Hyung’s I Live Alone guesting is a sure treat for his fans! 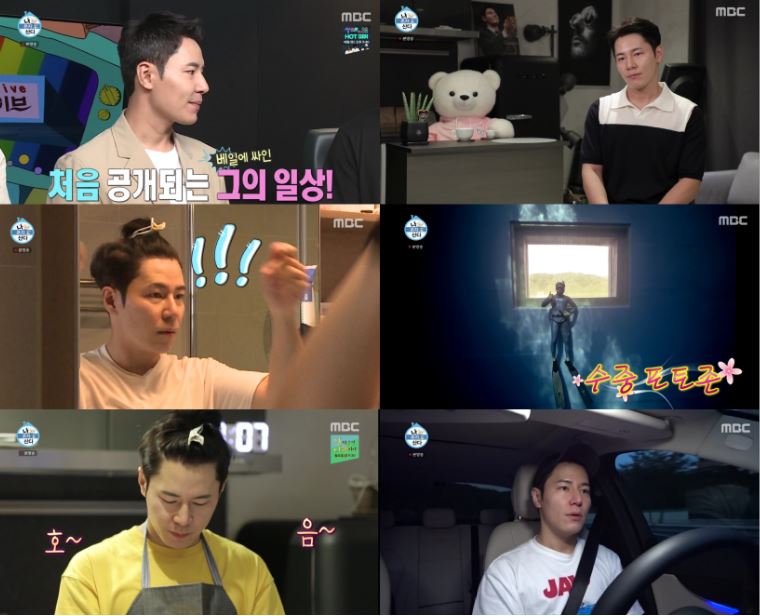 Revealing he used to share house with someone, he has since lived alone for eight years. The spic and span apartment of the actor amazes with its highly-organized setup.

Even his clothing and accessories are sorted in order as well as the kitchen ingredients and other pantry resources. Every nook and cranny of his house is tidy, he even has a tissue case, something uncommon to a man’s house.

Confessing his parents live neat and organized, it was inevitably passed on to him.

2. He starts his day with a coffee fix.

Starting off his day, he brews his own coffee. He shares how he frequents a cafe and has since befriended the barista, who is from Colombia. A country famed for its high-grade coffee.

Bombarded with questions from I Live Alone members, he shows his unfazed attitude in welcoming their questions. After sipping his americano coffee, he goes to impress with his “latte art skills”. 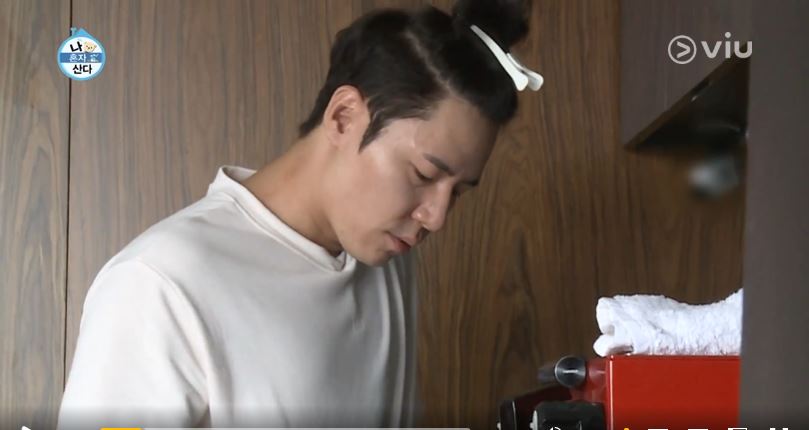 3. He has a sensitive tummy.

We don’t know if it was pun intended, but Lee Kyu Hyung almost burned his tonkatsu breakfast. He makes an excuse that his tummy is sensitive hence it should be thoroughly cooked to cushion the kitchen mishap.

Riding on his joke, the members try to submit to his mistake, but he comically blocks it with smart answers. Even quipping how he specifically requests restaurants to cook his tonkatsu “dark roasted”.

Lee Kyu Hyung digs on the hearty meal he prepared. He gets another round of laugh from the members when he pronounced his belief to keeping a healthy life when he just burned his tonkatsu.

The next scene refutes his stomach sensitivity claim when he operated on removing the burned portions of the tonkatsu meal he just cooked. 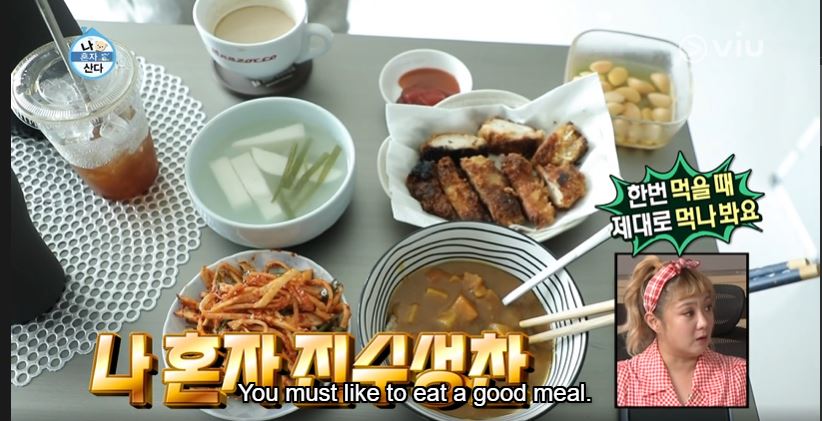 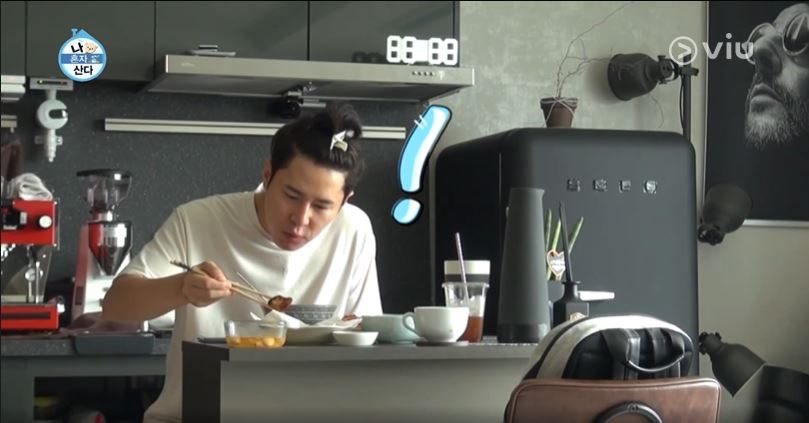 5. He cleans mess right away,

Surprising the members, Lee Kyu Hyung proceeds to washing the dishes after he ate further proving his neat personality.

He confirms not letting the dishes pile up which is totally not the style of I Live Alone members.

6. He consults a fortune-teller over the phone.

Truly a package full of surprising actions, the actor slouches on his sofa after breakfast. He then makes a call to online fortune-teller and nonchalant chats with her about his fortune.

His love fortune appears lucky, but he needs to work hard according to the fortune-teller.

Always on the move, while chatting with the fortune-teller, Sung Hoon points out how he moves around in the house doing other chores. His multi-tasking skills can hold up the same amount of focus for the simultaneous actions he does.

Sharing his hobbies, Lee mentions motorcycle bike riding is something that he enjoys. He also likes outdoor sports.

Lauded not just in his television drama roles, the actor flaunts his singing voice while driving in to his destination. He has been in a few musicals with his flawless voice.

His instant drive-in concert shows him belting out high notes of an emotional ballad song. Then he shifts to swag raps of the 90’s and then charms with trot music. 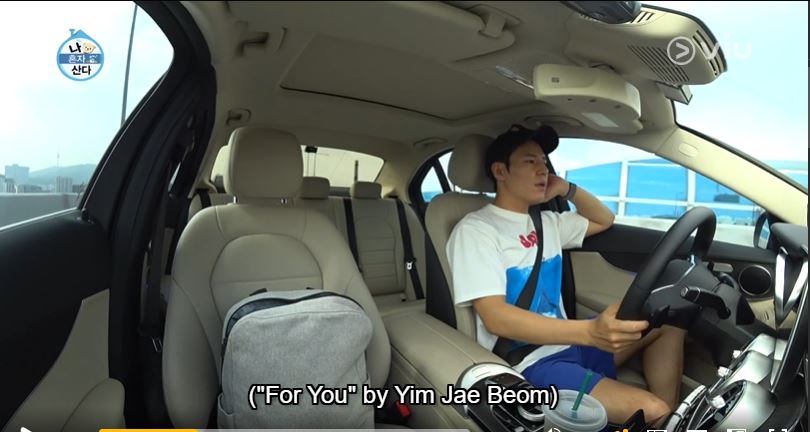 For his role in life, he learned free diving for about three months. Since then, he has been regularly doing the activity. Free diving is different from scuba diving in terms of not being able to use a water tank.

Thus, breathing underwater long is essential and his personal best record is 4 minutes and 5 seconds.

11. He is close to actor Cho Seung Woo

After a tiring freediving session, he thinks of something to eat and tries to call his hyung to eat dinner with him. Playfully exchanging banter with his clingy hoobae, Cho Seung Woo keeps on teasing him.

Reminding him of picking Man Seok over him in a radio show, Cho continues his adorable bickering. Lee Explains how Man Seok was sitting beside him so he is left no choice but to respond accordingly.

The members give him the same question, and he opts for a vague answer that he likes both of them. 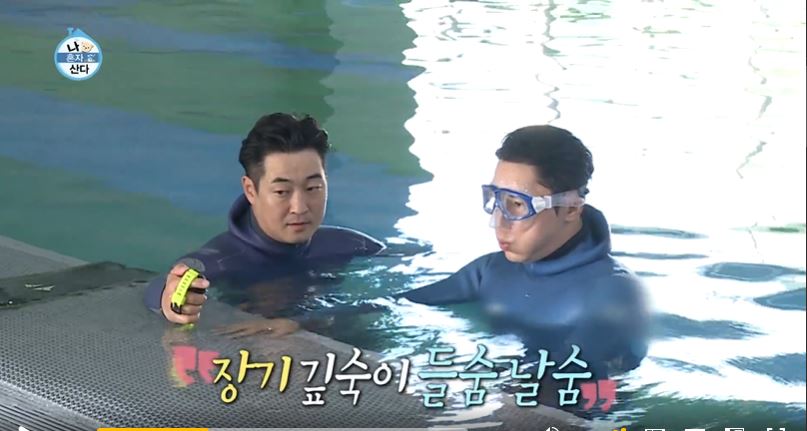 We bet the absorption of the lotion on his face is thorough the way he hardly pat his face after applying lotion.

He confessed feeling good when he gives his face an extreme massage. His hair shares the same fate as he applies hair care with fast-moving head massage.

13. He likes talking to himself

Preparing another hearty meal, he subconsciously mutters the fortune he received earlier. Denying he does not have blind faith on it, the members understand otherwise.

Notably, the actor is shown in cute soliloquy in each activity he does.

14. He tries to live a less dull life

When he was asked about his solitary life, he conveys how he likes being responsible for himself. He believes how every person needs to take responsibility of his own life. Also, he wants to make his life more worthwhile.

That’s why he engages with a lot of hobbies to lead a vibrant life. 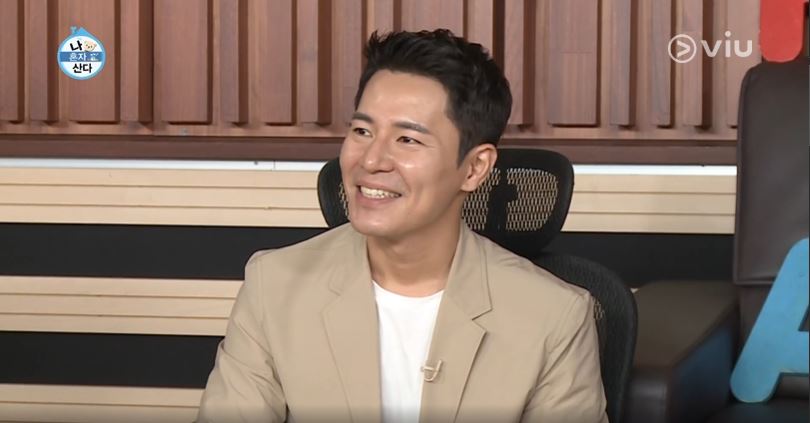