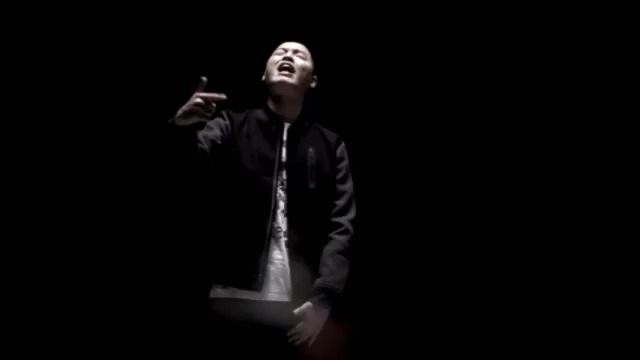 Welcome back to our 2012 In Review series! Today, we’ll look at what has been a particularly top-heavy scene this year. Several much-anticipated studio debuts, such as those of Beenzino and J-Tong, as well as long-awaited returns by established emcees and producers like Dynamic Duo and Epik High made this year a pretty exciting one for hip-hop fans. My sense is that the 2012 scene was defined more by quality at the top than parity across the board – there were more half-baked releases and hype-failing returns than usual, it seems. While we did not see the scene take as big a step as it did last year in the mainstream (spearheaded by Leessang, Tablo, and Verbal Jint), nor the brands of hardcore sounds like that of Swings or Deepflow, we did get very solid contributions from jazz-hop and neo hip-hop artists to help fill the void. The crop of the very best in hip-hop remains strong.

Again, please remember that the Album of the Year and Song of the Year (and their runner-ups) are not included in the genre categories. That means that there could be a hip-hop (or any other genre) album that isn’t being honored on this page because it’s the album of the year. As always, honorable mention picks are sorted by alphabetical order of artist names.

A few things impress about Soriheda 2. The most obvious and most laudable is the fact that this clever producer is able to handle twenty-two fiercely individualistic featured artists, hand over the reins to a track to each of them, and still have the album come out as a remarkably cohesive work. He does this with a broad thematic approach (in his words, “what we think, how we live, what we imagine, and why we dream”) that allows for imaginative fantasies and diverse life stories to play together, as well as a sure-handed instrumental direction that delves deeply into what the rich tradition of jazz and funk have to offer. The level of detail in Soriheda 2’s sound is also impressive; each listen reveals another layer, from 허수아비의 노래 (The Scarecrow’s Song)’s intricate beatwork to 사과 마티니 (Appletini)‘s piano jamming almost inaudibly even when the bass takes center stage to 아스팔트 (Asphalt)’s guitar picking away and adding subtle dimension. And in a final, underappreciated achievement, Soriheda 2 takes the time to escape conventional lyrics and explores abstraction. Perhaps Dead’P‘s telling of 생각의 탄생 (The Birth of Thought) explains this album best: there’s something profound about Soriheda’s creative process.

Talk of whether J-Tong needs to diversify can wait until next year. 2012 was the year of the mohawk; this brash, abrasive, explosive, and controversial album made a ton of noise on the scene this year, and that noise sounded a lot like cries of “BUSAN, STAND UP”. The rapper’s love for his seaside hometown returns in Mohawk and Bare Feet, making its baseball team the topic of lead single 사직동 찬가 (Sajik-dong Anthem) – which, by the way, would be the coolest official team song ever if actually adopted by the Giants – and finding its way into seemingly endless shout-outs all over the album. J-Tong also brought indomitable swagger and uncontainable sound: the remake of 개판 (Clusterf*ck) with No Brain features perhaps the greatest opening 30 seconds of any song this year, and doesn’t step off the punk-rock pedal until the listener is presumably exhausted from all the energy, while radio- and video-banned 찌찌뽕 (Nipple Twister) is powered by a painstakingly crafted and ‘dirty’ guitar riff. With the small diversity brought by tracks like bombastic crew anthem 혼란속의 형제들 (Brothers in Chaos; Illest Konfusion) and surprisingly touching 취해 부르는 노래 (A Song Sung While Drunk) filling out the ranks, J-Tong told us who he was. I do not know of any album this year that better established – loudly, dirtily, crazily established – the artist’s identity than this one did. 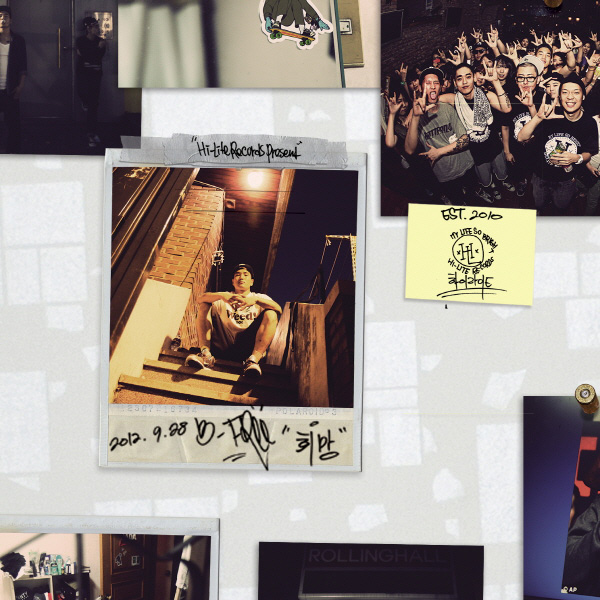 B-Free sits back, folds the facade, and relates to us – and we find that we can relate to him, too. 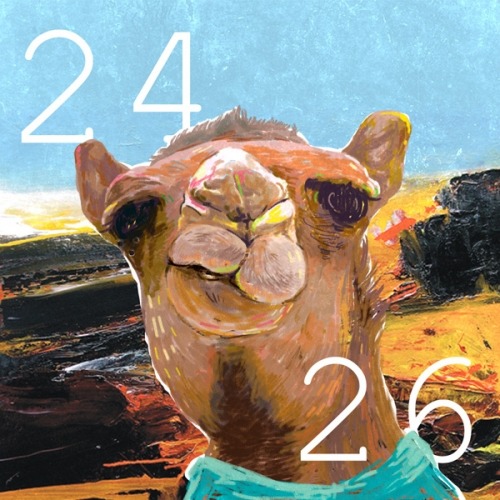 Perhaps not the game-changer that some wanted, but it’s a polished and impressively complete debut effort. 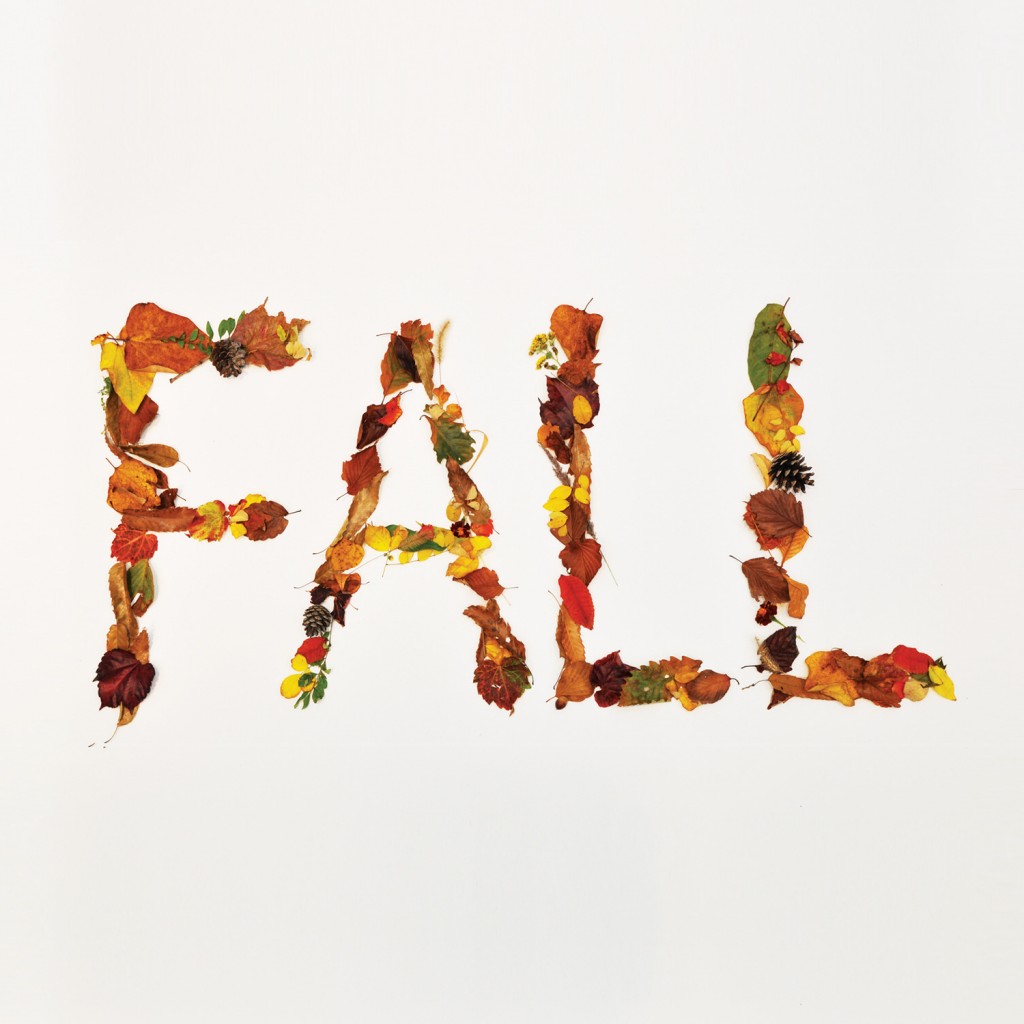 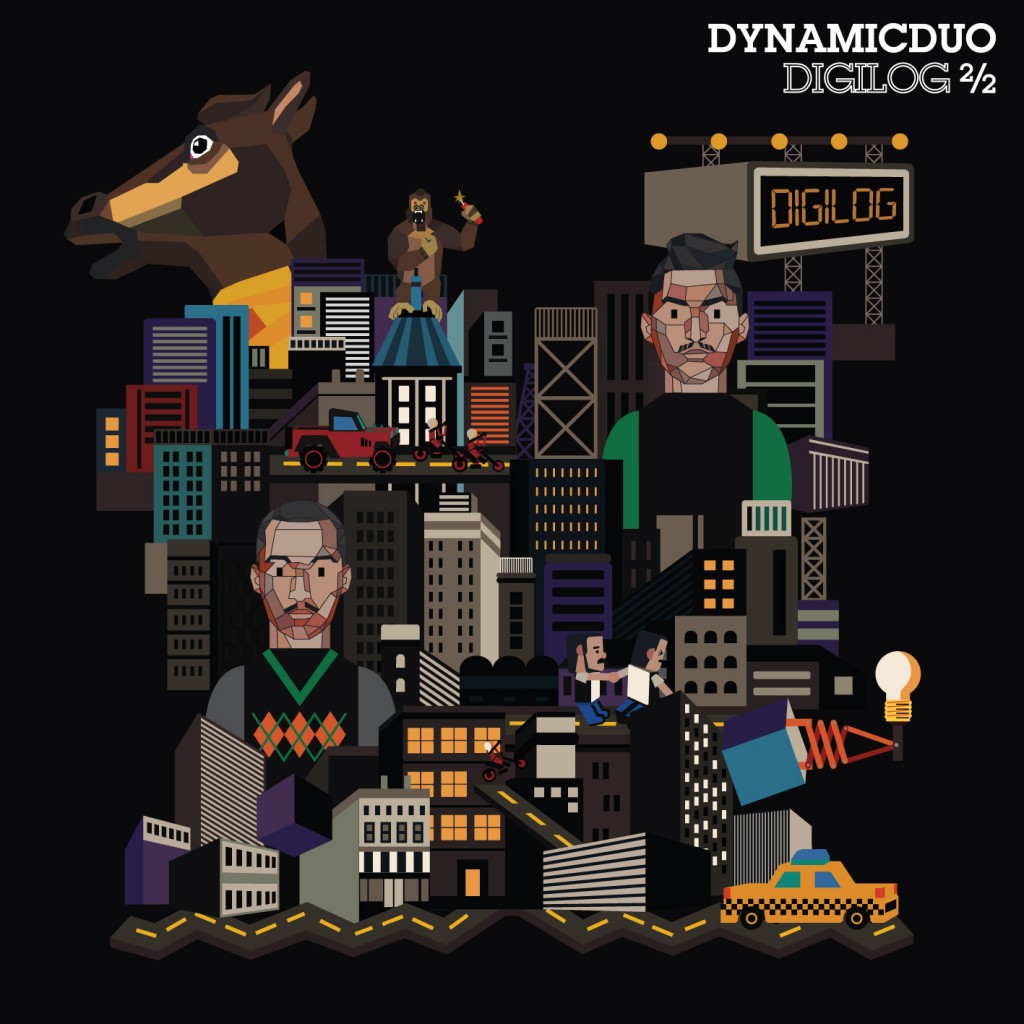 Two years of military service means nothing to a duo whose flow and narrative don’t miss a beat. 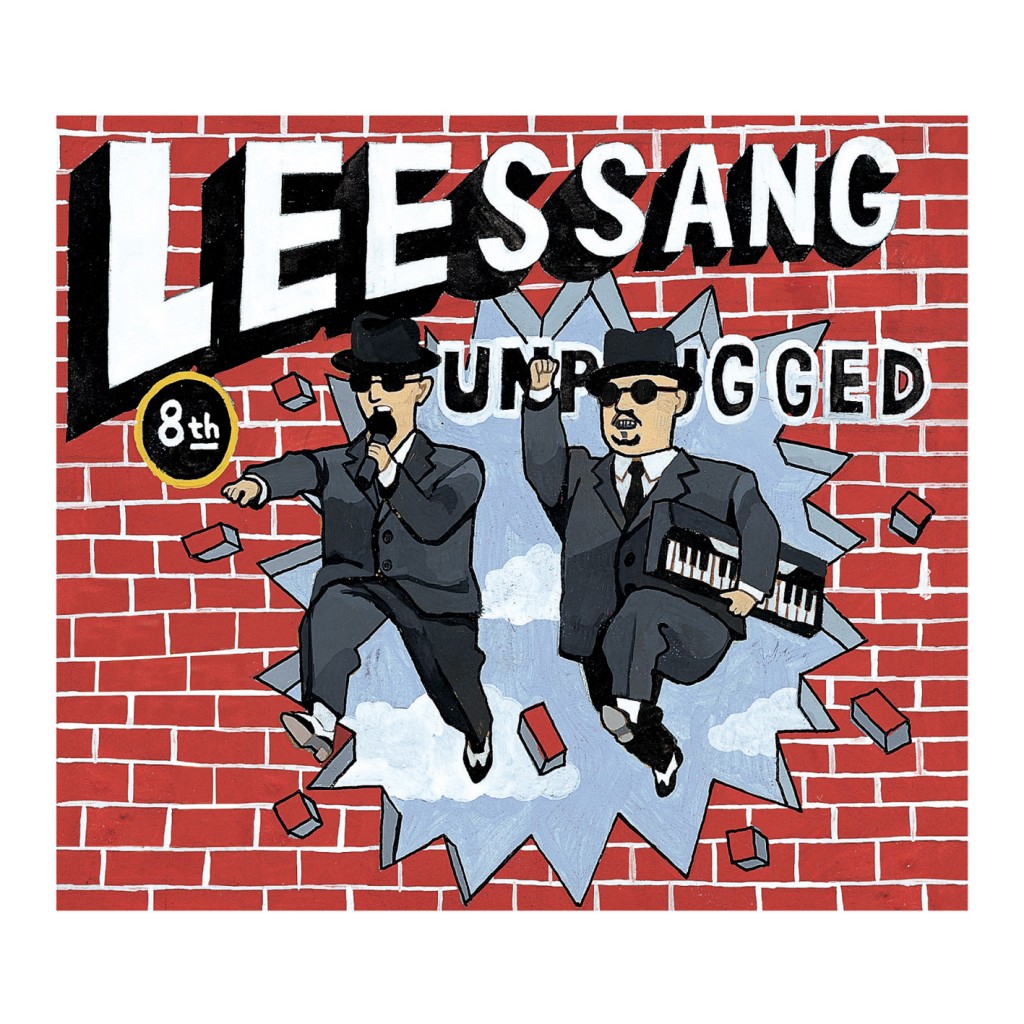 In its third iteration, their mainstream experiment gains depth and matures. 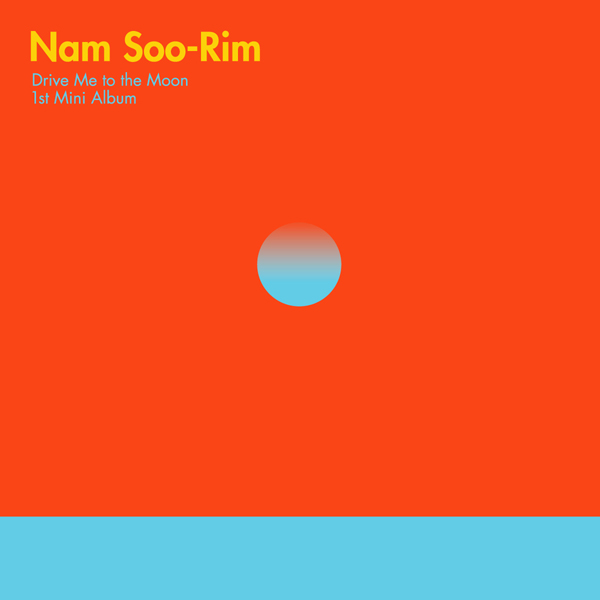 Nam Soo-rim – Drive Me To The Moon (read our review)

An unexpectedly mellow and surprisingly engaging effort from Korea’s most aggressive female emcee. 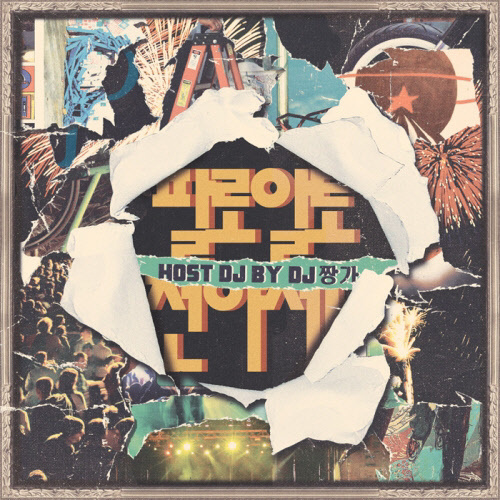 If the pre-funk is this rich, what can we expect from the main attraction? 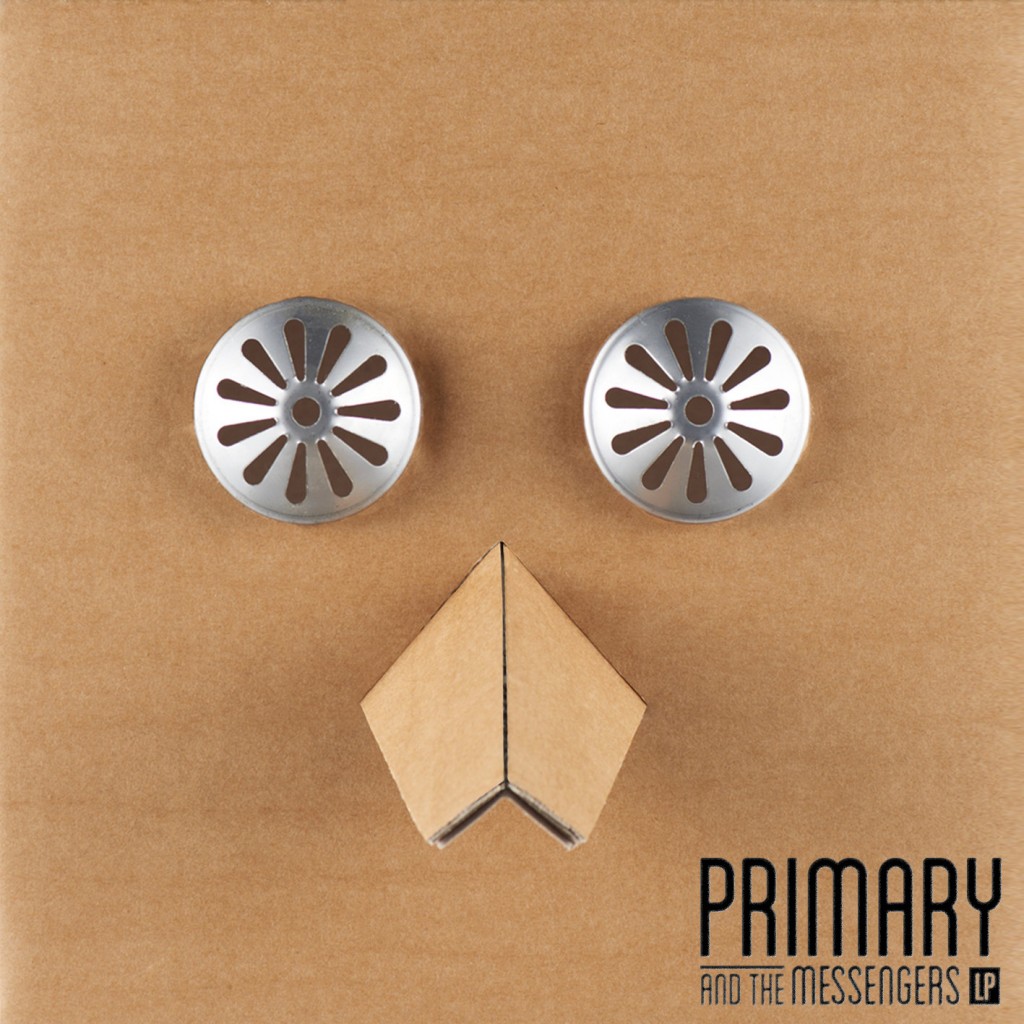 Primary – Primary and the Messengers LP (read our review)

This massive gift basket of tight, urban constructions serve as a snapshot of the state of Korean hiphop.

Did anyone think E-Sens’s first outing since the legal troubles would be something like this? Poison has none of his usual hallmarks: no flashy beat for him to split and perform his freeform flow, no base for his playfulness to seep into, not even a single hook for him to get creative with. Primary’s beat is uncharacteristically austere, consisting only of lithe piano and simple string and drums – and not even the last two until well into the track. It’s all up to E-Sens to make something happen, and embraces the challenge. In one organic soliloquy that organically weaves past, present, and future, he pours his heart out across four minutes of nonstop rapping. The flow isn’t ferocious, and his rhyming isn’t as technically intricate as usual, but his language carries such force that it’s hard not to pay attention. He’s telling his own story, reminding himself of what’s important, righting his own ship – but he takes care to make this song relatable to the rest of us. The enthusiastic response to this song since release tells the whole story, really. It’s a simply told but profound tale of self-discovery set to a rousing soundtrack. And if, like me, you thought just one thing would make it perfect – a little more escalation in E-Sens’ voice to follow the song’s tension – the man’s got you covered already.

Drum machines and synths are good and all, but sometimes it just doesn’t fit the bill. J-Tong, who is in fact winning both runner-up spots in this category, saw that and turned to the punk genre once again. A supercharged link of riffs power the track, but J-Tong’s bombastic delivery is crucial to completing the track. One moment, he’s giving the punchy, one-syllable-at-a-time flow that we’ve gotten used to as he raps the praises of Sajik Stadium’s atmosphere and its fans; the next, he’s leading a singalong chorus into thunderous repetitions of the iconic “Busan seagull”. (Appropriately, he gives shout-outs to Mun Sung-jae, the original performer of that song, in both this song and Gugugaga from the album.) Not only is Sajik-dong Anthem a blast to listen to, it’s also a welcome respite from the lean and clean sounds that the scene is dominated by. Oh, it’s fine repping for a hometown team, too.

B-Free – New Year’s Eve (Featuring Soulman). A stream-of-consciousness retrospective of Free’s life on a lonely night.
Beenzino – If I Die Tomorrow. What would happen? Makes you stop and think.
Born Kim – DAKORNER (G-Slow Remix) (Feat. Nuck). That hook may as well be voodoo chanting. Addictive for no apparent reason.
Bulhandang – 한 길을 걸어가라 (Walk One Path). Obviously the name value of this crew warrants a listen. Stay for the show.
Crucial Star – Real Love (Featuring Satbyeol). Ballad-rap is alive, I tell you.
Double K & Loco – Home (Featuring Jinsil of Mad Soul Child). The winning song of Show Me The Money is one of the most moving pieces of the year.
Eluphant – 뭐가 다른데 (What’s Different) (Featuring Jung-in). There’s more to the sugary-sweet arrangement than meets the eye.
Fana – 내가 만일 (If I). The “Rhyme Monster” just instantly speeds tracks up.
Grey – 깜빡 (Accidentally) (Featuring Zion.T, Crucial Star). Zion.T’s voice is born for this kind of thing.
J’kyun – 요즘 그냥 (Just Lately). That lively piano line adds a lot of class to J’kyun’s kitsch delivery.
J-Tong – 개판 (Clusterf*ck) (Featuring No Brain). (Not on YouTube; not the correct version, anyway) The new theme song of bedroom rockers everywhere.
JP – 아저씨 (Ajusshi) (Featuring J Rabbit). [Read our related review] The dynamic is made even better by how the narrators seem to be on different pages the whole time.
Leo Kekoa – 기도 (Prayer) (Featuring Melody). [Read our related review] Leo at his most vulnerable, allowing himself to heal.
MC Sniper – Absinthe. (Not on YouTube) [Read our related review] Drunk or dreaming? Either way, the ambience is wonderful.
Nam Soo-rim – 그는 너를 사랑하지 않아 (He Doesn’t Love You) (Featuring Jo Hyuna). Rimi might have toned down the aggression, but she and Jo absolutely drill the recipient of this message amidst gorgeous instrumentation.
Noise Mob – Mob맘이야 (Whatever the Mob Wants). Now this is what good hook-writing sounds like.
Original Taste – 괴물 (Monster) (Featuring No Brain). A most unlikely collaboration, but I’m not one to say no to this kind of rawness.
Skull – Buffalo 2012 (Featuring Swings). (Not on YouTube) Tablo-bashing aside, the reggae energy in this track is unbelievable.
Soul Fish – What We Do (Featuring Okasian, GLV, Paloalto, B-Free, Evo). A properly sleek anthem for perhaps Korea’s hottest crew right now.
Verbal Jint – 오독 (Misread) Intro. A quick review of VJ’s decade atop ominously grand guitars to begin the album.
Yezzir – I’m Sorry. When there isn’t much else for you to say.

What do your picks look like for this category? Discuss with us in the comments, and join us tomorrow for Part 5, where we delve into the best dance and electronica music of the year!