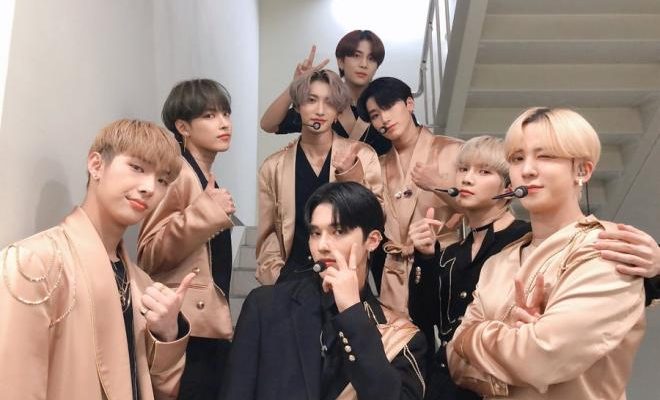 2020 With ATEEZ: Celebrating The Group’s Goodbye To Their Rookie Years

ATEEZ, the rookies who never felt like rookies, bids farewell to their second year since debut and in commemoration of their growth, take a look at the many milestones the group achieved this year!

ATEEZ officially celebrates their two-year anniversary, parting with their rookie era once and for all. However, for many, the group never felt like rookies to begin with. Despite having the wide-eyed eagerness and burning passion characteristic of most emerging groups, ATEEZ’s distinct charm radiated from their early beginnings.

Their immense stage presence and polished performances resembled that of senior groups with years of experience under their belt. Yet it is impossible to forget that ATEEZ are still new to the industry, making their numerous achievements all the more impressive. 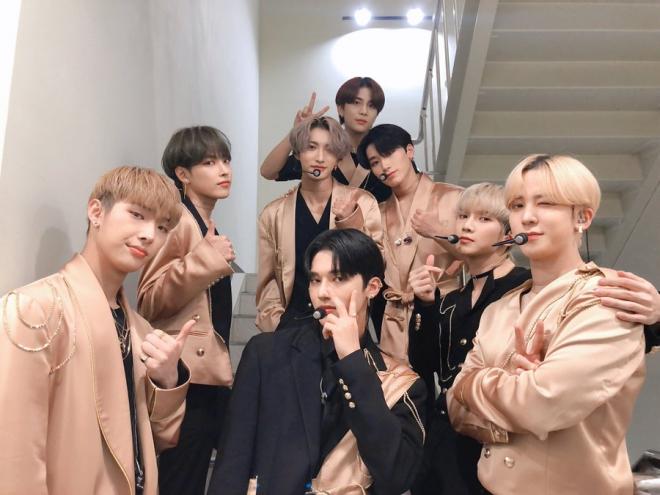 2020 marked a monumental time in their careers. During their last year being rookies, ATEEZ showed exponential growth, indicating the success to come. To celebrate their second anniversary, take a trip down memory lane of the various exciting and emotional events that happened just this year.

ATEEZ began the year in grand fashion. Treating fans to a comeback with their fourth EP and the last of their TREASURE series, TREASURE EPILOGUE: Action to Answer, the group also featured parts of their new title track at the prestigious Golden Disk Awards. The impressive performance set the tone for how the group planned to tackle 2020. Following their incredible stage, the group also nabbed the “New Generation Award” for exhibiting such potential.

A standout milestone this year for ATEEZ and ATINYs alike was when the group hosted their first domestic concerts in Korea. ATEEZ hosted two concerts in Seoul, the first stop of their now postponed tour. Though the rest of the stops were placed on indefinite hold due to the conditions of the pandemic, the members and the fans cherished the dates that were able to resume. The concerts were a memorable time for fans to spend with the members, but also an indication of their rapidly growing domestic fanbase.

ATEEZ are known for their sizeable global fanbase. Their fandom, ATINY, admirably sends their support from all over the world. Due to their support as well as ATEEZ’s demand, the group is often coined as a global Hallyu leader of the 4th generation. As proof of their international rise to fame, ATEEZ’s many SNS platforms reached major achievements this year.

Though 2020 was a time of struggle due to the pandemic, ATEEZ gave their best attempts to not only comfort fans, but connect with them. One of this year’s most memorable events was when the artists reached out to their fans through the “Stay With ATEEZ” challenge. This encouraged their fans to dance along to their track “Answer”. Fans’ submissions were compiled into a fun video to lift fans’ spirits as well as encourage social distancing.

ATEEZ were honorably named the 2020 Talk Talk Korea Overseas Culture and Information Ambassadors. Korea’s Minister of Culture, Sports, and Tourism (KOCIS) led the ceremony and appointed the members. The significant moment provided the group with acknowledgement for their outstanding work in globalizing Hallyu and Korean culture. Moreover, the position reiterated their great global influence and demand.

Though their postponed tour separated the members from fans, ATEEZ still sought opportunities to meet with ATINYs. To do so, ATEEZ gifted fans with an online concert, titled “Crescent: Online ATINY Party”. Hosted on VLIVE, the concert featured stages of beloved ATEEZ tracks and hints for their forthcoming summer comeback which was right around the corner.

Following their VLIVE concert, ATEEZ headlined KCON:TACT’s final day of concerts. Their stages drew much anticipation, and as such, ATEEZ performed the show’s opening, middle, and end acts. The series of breathtaking performances displayed the group’s power and dynamic presence. Additionally, the gruelling KCON:TACT schedule coupled with a performance at Music Bank that same morning impressed all viewers as the members took the busy day in stride.

ATEEZ’s beloved appearances at KCON events continued with KCON:TACT’s fall event months later. The group performed the opening performance for day three, followed by a mix of stages shortly after. Their worldwide demand is evident in KCON events, as the group summons extraordinary support for their appearances.

After an eager wait, ATINYs were thrilled by ATEEZ’s comeback at the end of July. Marking a new musical series, their fifth mini-album ZERO: FEVER Part.1 was a standout amongst many releases this year. Furthermore, the comeback expanded on the group’s narrative worldview, hinting at the storylines that would be fleshed out in later releases.

After months between the previous comeback and their newest release, ATEEZ did not disappoint by providing more of the rich tracks and evoking stories that have become some of their outstanding trademarks.

One of the most emotional moments of the year was when ATEEZ finally won their third broadcast win. The group achieved massive success for their album ZERO: FEVER Part.1, which achieved over 200, 000 sales while their music video for the title track “INCEPTION” hit more than 10 million views in under 24 hours.

Their achievements continued at SBS’ “THE SHOW”, where ATEEZ won their third broadcast award. ATEEZ’s third win during their rookie period was a testament to their continuing glory.

ATEEZ’s appearance on Immortal Songs was one to remember. Covering TURBO’s legendary “Black Cat”, the group blew audiences and judges away by their rendition, and also included their own choreographies for the cover. The stage encapsulated their charisma, as well as their polished skills and stage presence.

Watching their performance would lead one to believe they were an older, established group with years of experience, rather than a group nearing the conclusion of their rookie years. The group also made history by becoming the first fourth-generation group to win the show, proving their talent.

To wrap up their rookie era, their online concert titled ATEEZ 2ND ANNIVERSARY CONCERT: PORT OF CALL, is the perfect opportunity to celebrate. Held in collaboration with MyMusicTaste, the event offers both members and fans alike the time to reminisce on the past and look forward to the future. It is one of the many events ATEEZ has prepared this year to remind their fans that they are always with them and walking this journey together.

2020 was indeed a monumental year for the group that truly depicted ATEEZ’s upward rise to fame. Yet, many can expect the trajectory of their success to continue even higher. The rookies who never really felt like rookies, part ways with their first two years and step into their third, experienced, achieved, and beloved by countless around the globe.

As such, many can expect ATEEZ to continue taking not only the industry but the world by storm in the next precious milestone of their careers.