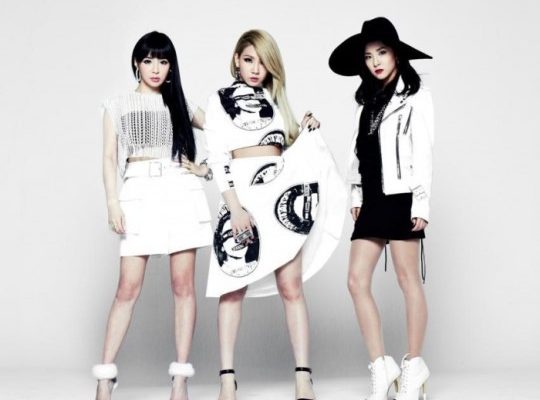 2NE1’s ‘Goodbye’ – A Final Love Letter For Minzy And Blackjacks

‘Goodbye’ is meant to be for Minzy and Blackjacks.

In a recent interview, disbanded 2NE1‘s CL sentimentally looked back at how the final song Goodbye came about, and her piece about the group’s ultimate end.

It was revealed that during the songwriting process of the 2NE1’s final single, CL shed tears as the song was entirely dedicated to former group member Minzy and their fans.

With YG Entertainment CEO Yang Hyun Suk‘s backing, CL revealed that the song was a form of closure for fans as a befitting way to close the last chapter of 2NE1’s seven-year music career.

She added that Goodbye was the only song recorded from 2NE1’s yet-to-be-released album, which was supposedly for the debut of the group as a trio. But due to circumstances beyond control, the release of the album did not happen.

CL broke her silence as well as regarding the group’s abrupt disbandment that has earlier sent shock waves in the music industry last year. She could not help but feel sad, with a sense of disbelief still engulfs her.

“It still feels unreal to me.” She added.

In the midst of emotions she is going through now, she fondly remembers the good times and dreams that were shared by the members.

She hopes for every member’s success in the long run, and candidly confesses that she misses everyone.

As a parting shot, a silver lining is possible in the horizon for 2NE1 as CL hopes for a reunion with the members. Perhaps in 20 years’ time or so, they would be able to revive the group’s heyday with nothing but fierce and edgy music, a signature 2NE1 sound that fans from around the world have truly adored throughout the years.

In related story, Minzy previously expressed her regrets that she was not informed of 2NE1’s final track. But it seems that the real reason is because she is actually part of the song.

We need your support! If you have enjoyed our work, consider to support us with a one-time or recurring donation from as low as US$5 to keep our site going! Donate securely below via Stripe, Paypal, Apple Pay or Google Wallet.
126
SHARES
FacebookTwitter
SubscribeGoogleWhatsappPinterestDiggRedditStumbleuponVkWeiboPocketTumblrMailMeneameOdnoklassniki
Related Items2NE12NE1 DisbandmentBomCLDaraGoodbyeMinzyYG Entertainment
← Previous Story Sung Jae Talks About His Role In ‘Goblin’, BTOB’s Reactions, Co-stars Gong Yoo And Lee Dong Wook
Next Story → B.A.P Looks Back At Past Five Years Since Debut