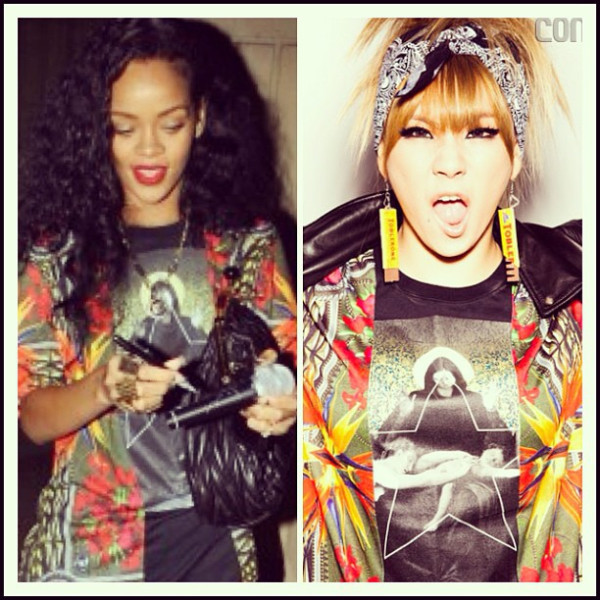 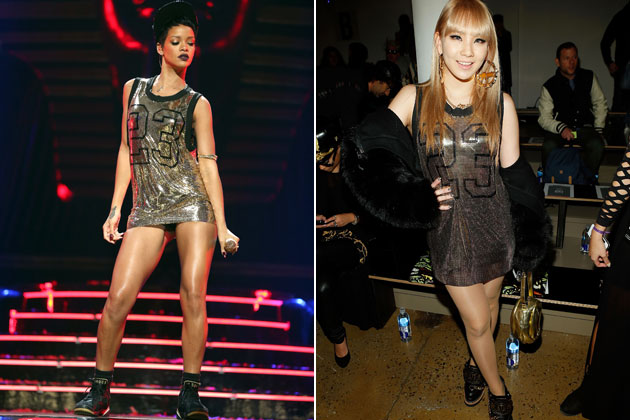 It’s no secret that 2NE1 has been working with American fashion designer, Jeremy Scott, as they have modeled his works and attended his fashion shows. 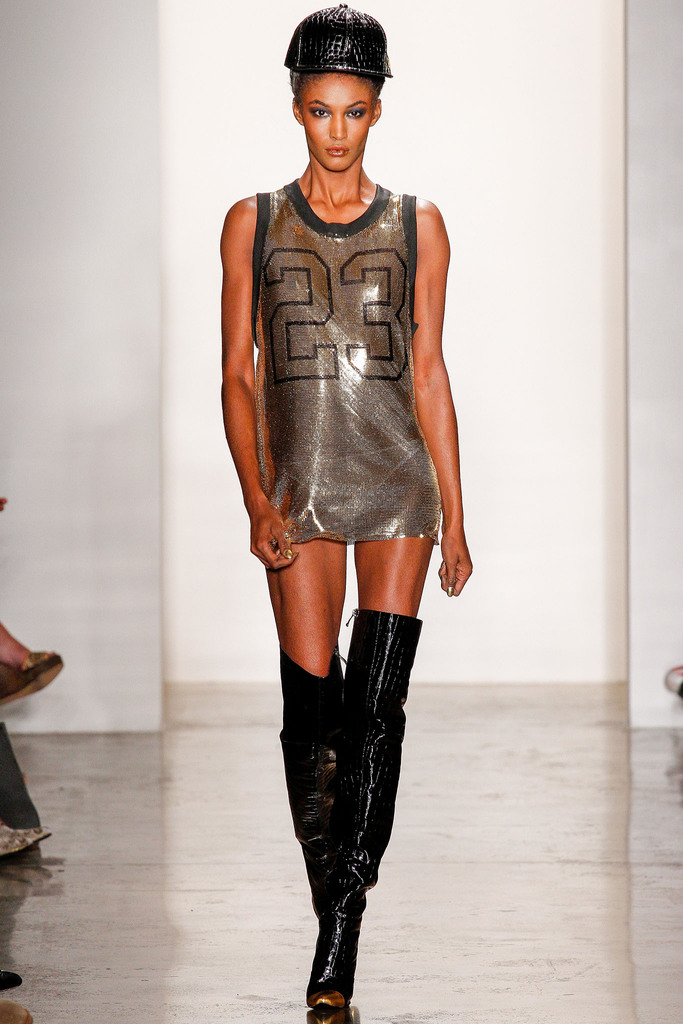 CL goes all gold as she adds gold door knocker earrings, a gold necklace, and a circular gold bag to her look with her golden blonde hair. She also sports a black fur coat and platform shoes. Finishing off her look, she wears long eyelashes with minimal makeup and some nail art. Sitting up front at the show, she was sure to be noticed. Though, some have also noticed that she wasn’t the only one to wear this Jeremy Scott design.

Pop star Rihanna has also been spotted sporting the dress at the 2012 iHeartRadio Festival. Going for a different look, she wore it with a black flat brimmed cap, black sneakers with black socks, as well as a gold necklace and arm bangle. Golden eye shadow, plum lipstick and purple nails had completed Rihanna’s look.

This wasn’t the first time that these two ladies have been spotted wearing the same design. CL previously modeled for Complex Magazine dressed in Givenchy, while Rihanna was spotted by paparazzi wearing the same outfit.

Meanwhile earlier this year, Rihanna followed CL on Instagram and since then, fans have been speculating about a possible future collaboration between the two, leaving them in anticipation.

Who do you think wore the Jeremy Scott design better? CL, the one and only baddest female or Rihanna, the Barbados pop star?