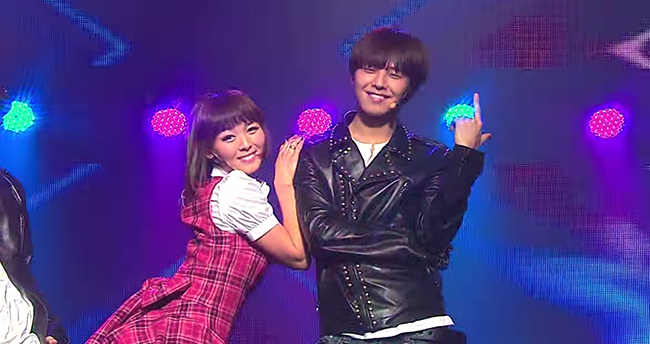 WonderBang is a fan-coined group name for Wonder Girls and BIGBANG for when they performed together on music programs way back in the day.

WonderBang is one of the most favored K-pop collaborations and  the groups have worked on multiple performances together, four instances of which are listed below.

Wonder Girls and BIGBANG did their own rendition of the popular musical Grease for MBC’s Music Festival in 2007. Check out ‘Grease’ below:

For SBS‘ Gayo Daejun 2007, Wonder Girls and BIGBANG worked together on a mini-music drama which featured guest appearances such as Clazziquai‘s Alex, Dynamic Duo, and Haha.

The song used for the drama included:

Check out the mini-drama below:

Now, who could forget about Wonder Girls and BIGBANG’s Music Bank special stages in 2007! The two groups appeared on KBS‘s music program twice to perform Tell Me and Lies together.

Both performances can be seen below:

On December 31, 2008, Wonder Girls and BIGBANG performed a special joint stage for MBC‘s Gayo Daejejun where the members of each respective group were paired up.

Check out the group’s performance below: