COMMUNITY POST: South Korea is not only famous for their entertainment talents, but it is also known as the origin for some of the most sought models.

Here are the top five models I’ve taken notice over past few years. I’ve witnessed their growth as professionals into the fashion industry. 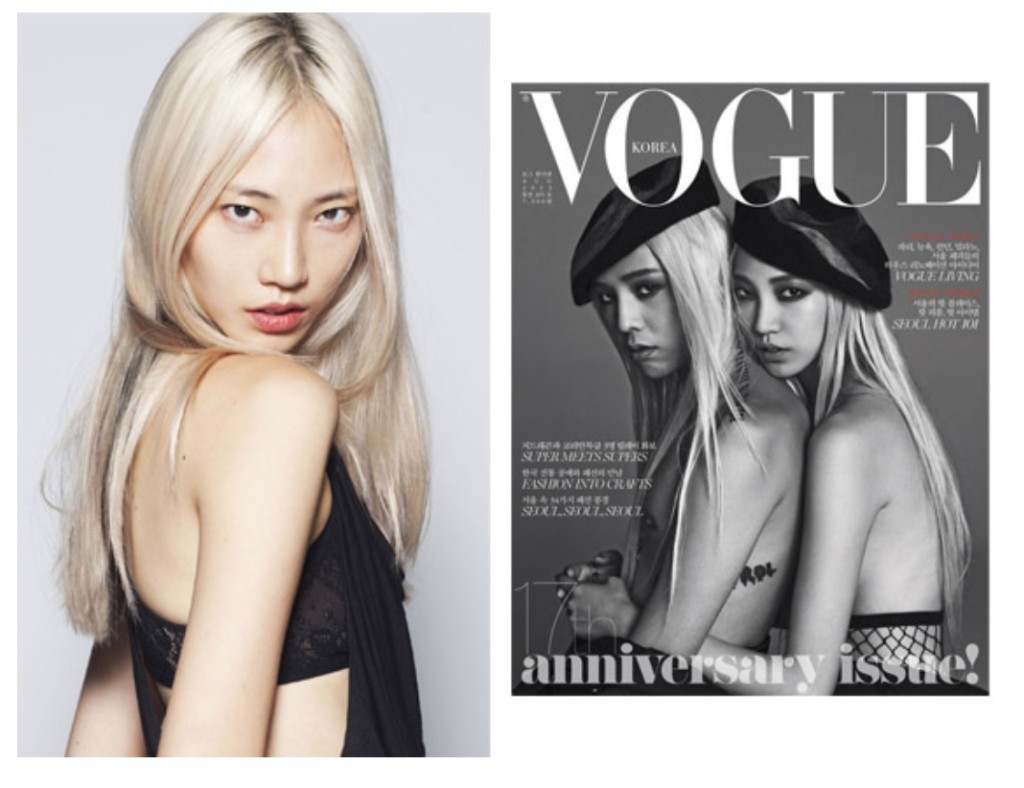 Born in Seoul, Park grew up in California and was scouted while she was shopping in San Francisco.

The 178cm beauty managed to break out as one of the most sought Asian model at the age of 26, which is ‘old’ in model years, especially as a newcomer in the tough industry.

“At first, we weren’t sure whether to reveal my real age, but I think after I bleached my hair, more people understood that I have a personality and I’m more than just a face,” she explained in an interview with The Cut.

Before she embarked into the fashion industry, Park worked as a full-time graphic designer. Her cool girl, super chill personality and image have won her many new fans over the years.

I remember first seeing her in an Urban Outfitters advertisement, thinking she’s one of the coolest girls I’ve ever seen. Park has walked and modeled for Chanel, Vivienne Westwood, United Color of Benetton, Emporio Armani, Teen Vogue, Levi’s and many other big names.

Park is also known for being close friends of G-Dragon and TAEYANG from Big Bang. 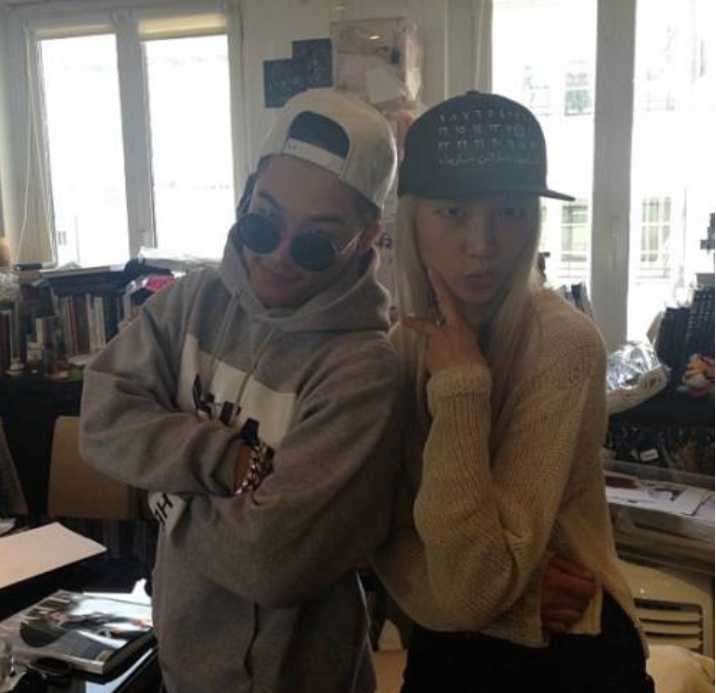 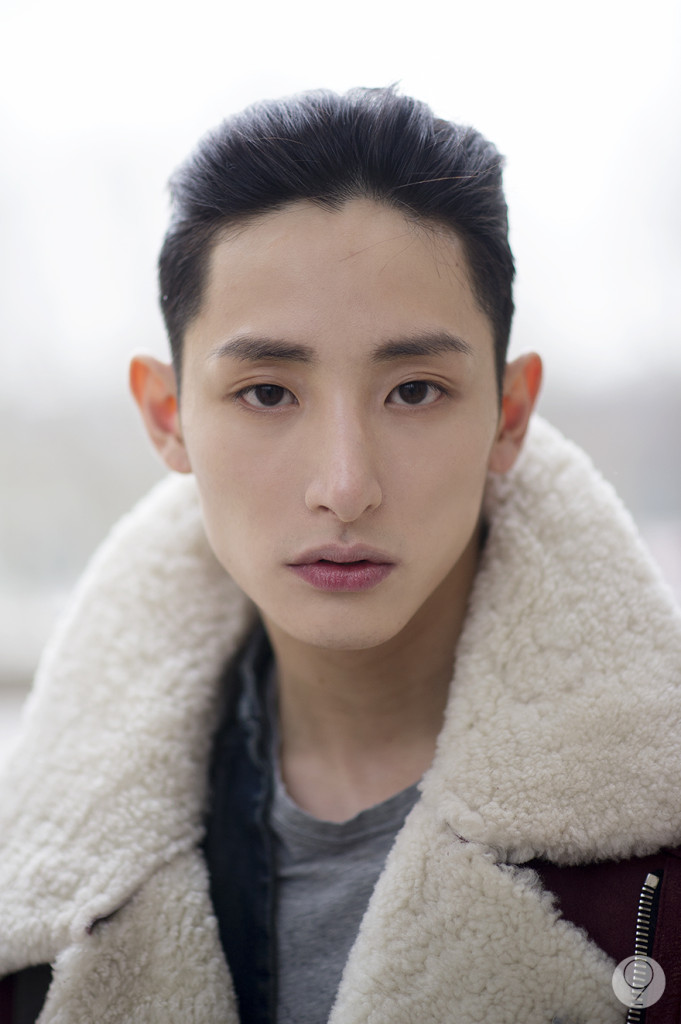 Does he look familiar to you? Of course he does!

That’s because he has appeared in 2NE1’s Falling in Love and It Hurts MV, as well as EXID’s Whoz that Girl.

The 184cm stunner is also known for his acting roles in “The Boy from Ipanema” and “High School King of Savvy”. Lee is also often seen to be hanging out with close friends such as BIGBANG and 2NE1’s CL.

Recently, he was requested by Tyra Banks herself, to appear as a guest judge at America’s Top Model. 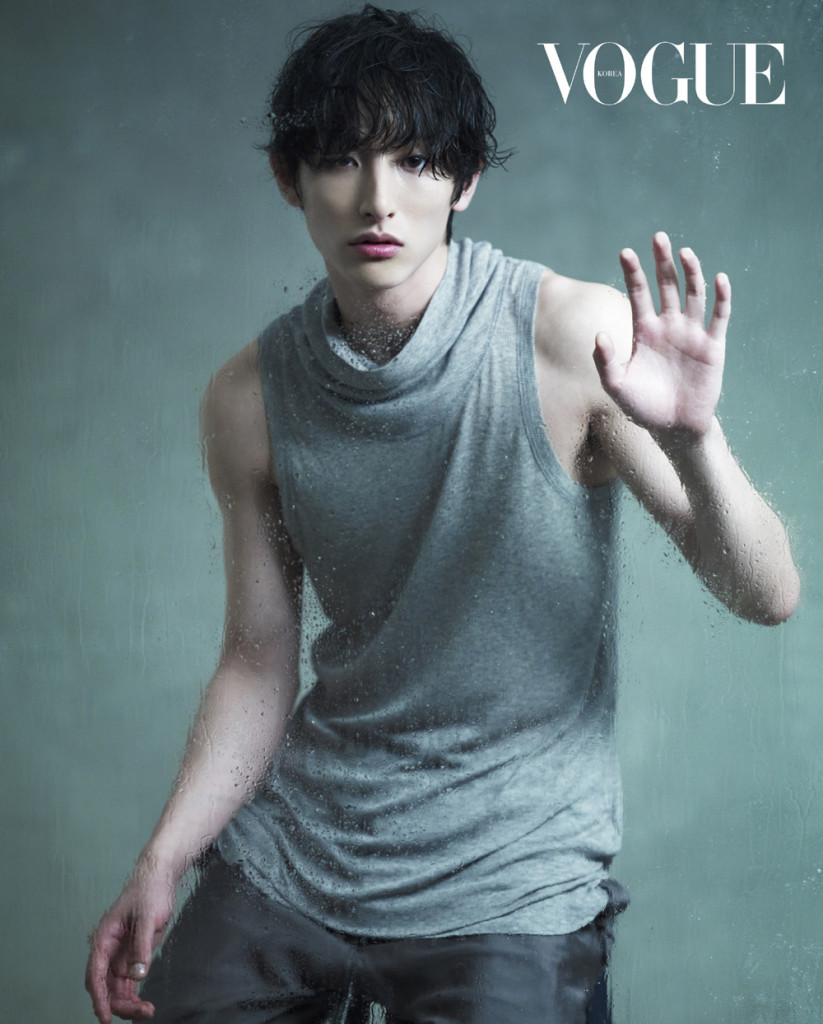 When he was just a rookie in the modelling scene, Lee worked and had a close friendship with the late supermodel, Daul Kim.

Lee is often seen to be modeling and walking for many big names such as Balmain, Balenciaga, J.W. Anderson, Juun J. and to name just a few. He was recognized as both “Best New Model” and one of  “Korea Best Dresser in Model Category” in 2007. 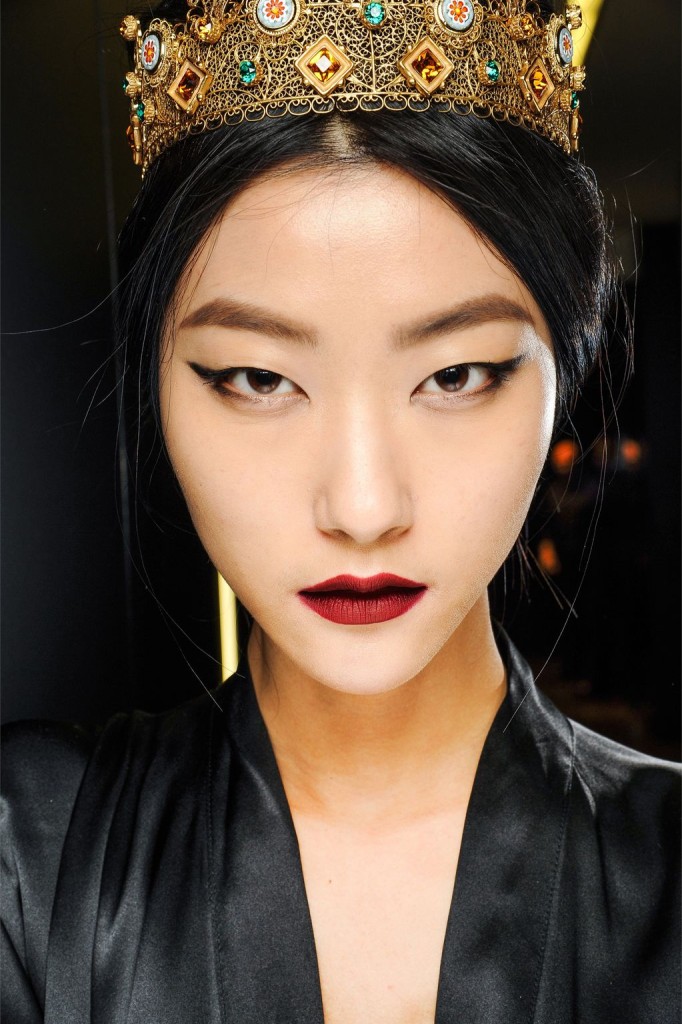 Park Ji Hye is one of the most popular newcomers in the modelling industry. Picture: TinyPic

Just like Soo Joo, Park Ji Hye is a newcomer at the age of 25, whose popularity among designers skyrockets in recent years.

In 2013, as a rookie, she was selected to walk runways at 30 different fashion shows, for such names as Chanel, Elie Saab, Alexander McQueen and Christian Dior.

With a goal to deter stereotype (Asians are shy), she wants to show confidence and liveliness on the runway as a model. Park also got to be on the cover of Vogue Korea with G-Dragon for their anniversary issue. She is mostly known for her legs, but personally, she caught my attention with her eyes. 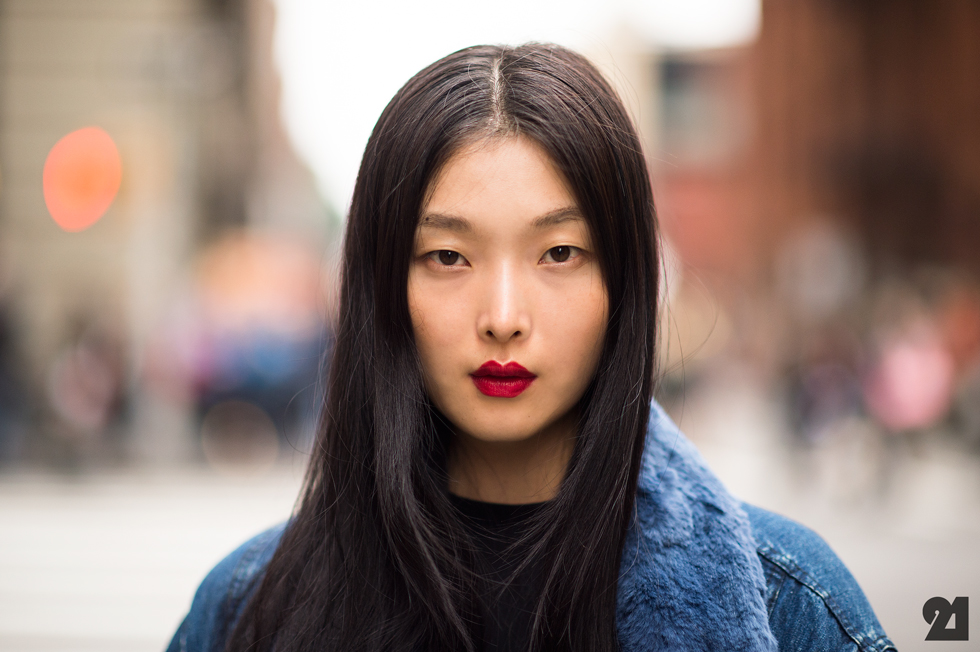 The 27-year-old Kim Sung-hee is the “first-ever Asian face of Prada,” after shooting a collection book for Miu Miu in front of the lens of leading fashion photographer Steven Meisel.

New York Magazine described Kim as being a suitable model for designer or luxury brands due to her elegance and grace. 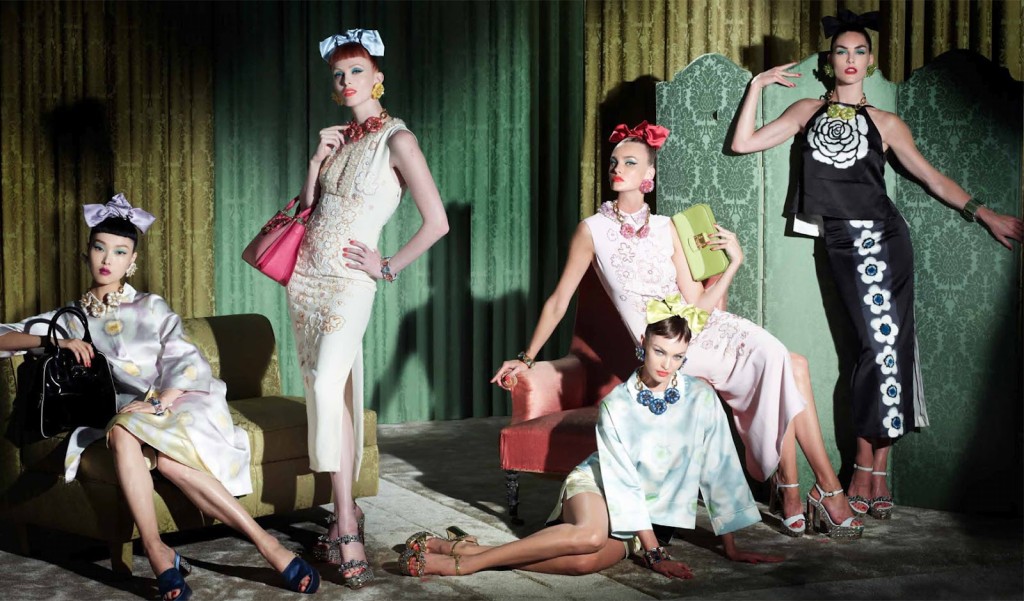 Kim (left) as one of the ‘Faces Of Miu Miu Resort.’ Picture: Blogspot

Kim has also been on the cover of Vogue Korea, featured in Chinese Vogue, and the face of Benetton. Just like the other top Korean female models, Kim, too, was featured on Vogue Korea’s anniversary issue featuring G-Dragon. 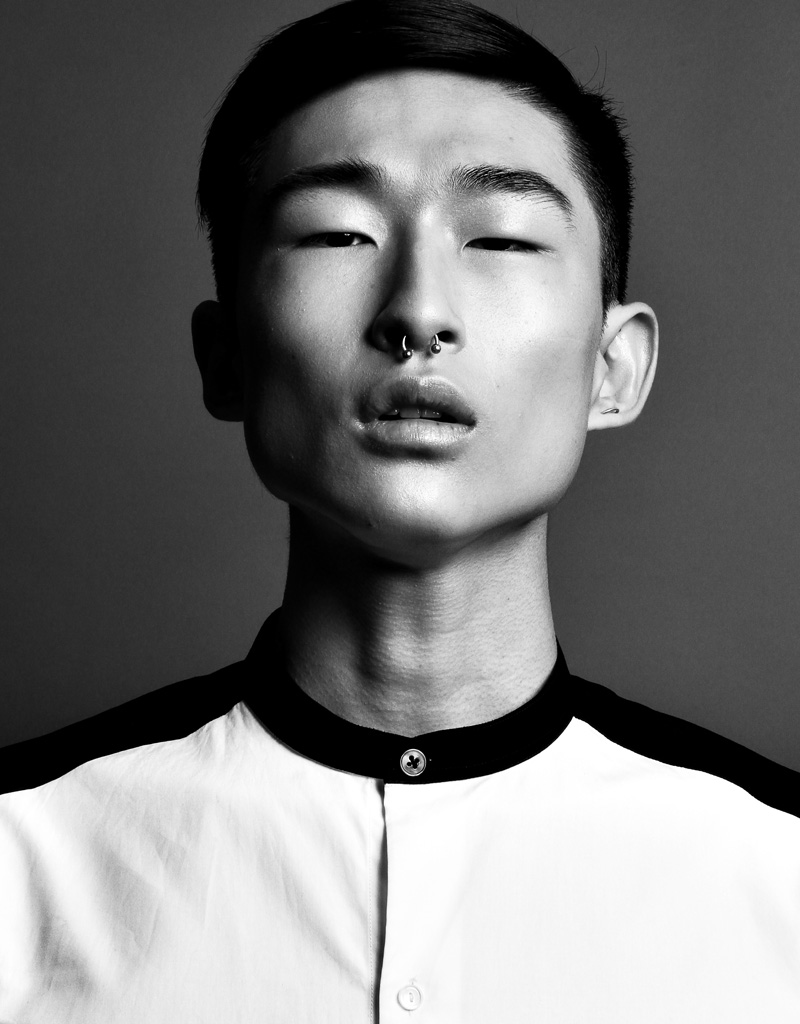 Kim Sang Woo is the face of Burberry and is an exclusive model of Kenzo. Picture: WordPress

* Gasp* is usually people’s reaction when they encounter Kim Sang Woo’s portrait because lets face this: who knew you’d witness an actual human-being who resembles Angelina Jolie in her Maleficent make up.

Kim was also born in Seoul, but his family moved to London for work when he was only four months old.

According to StyleFan, Kim often surprises people with his British attitude and accent due to the fact that he looks ‘so Asian’. 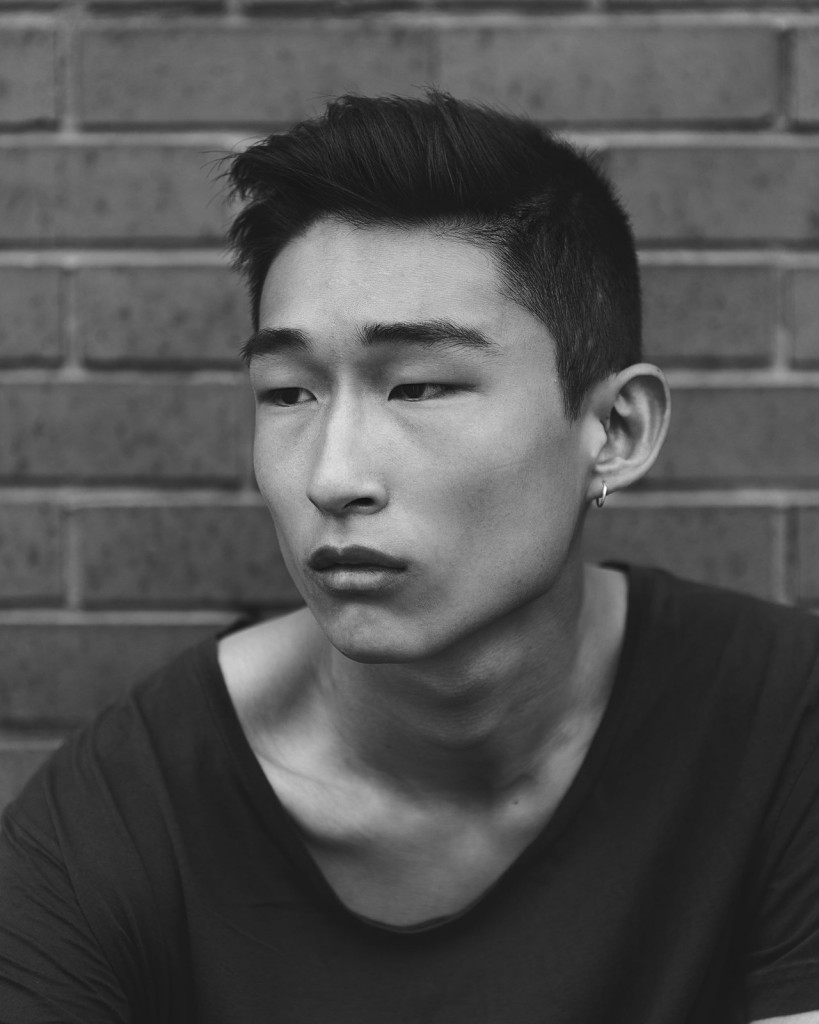 Kim is the Korean Face of Burberry and exclusive model for Kenzo. He is 183cm tall and has modelled for Nasir Mazhar, Diesel, Dolce & Gabbana, as well as i-D Magazine.

Kim is also an artist and showcases his artwork on his personal Tumblr.

ABOUT AMANDA: I’m a freelance artist, marketer and a fashion enthusiast who would dress up solely for grocery shopping / Instagram / Twitter / Tumblr /