Korean food can be a challenge; it can be crazy spicy, it can look weird and it can be difficult to eat. Here are some dishes that foreigners really have a hard time eating. They can be also challenging for many Koreans! If you survive the following dishes and actually enjoy the taste, you’re on the road to becoming a true Korean!

This is a favorite street dish that all Koreans enjoy! Especially when dipping it in salt or ttukbokki (spicy rice cake) sauce. The closest translation in English is blood sausage. It’s made with cow or pig intestines (mostly pig’s) and filled with various ingredients depending on the region. The most common variation is cellophane noodles, rice, tofu, and pig’s blood. You can usually get sliced liver on the side. At first sight, foreigners try to avoid it since it can look a little intimidating. If you overcome that fear, you just introduced a new taste to your palette!

Koreans love chicken feet with soju! It’s like a midnight snack, that’s tasty and great with alcohol. Again it’s the sight that makes foreigners queasy, but with the right amount of spicy sauce plastered all over each chicken feet and barbecued or stir-fried to perfection, chicken feet can be a great side dish! You can see people hanging out at night enjoying chicken feet and getting drunk with their friends. You can get it boneless too. 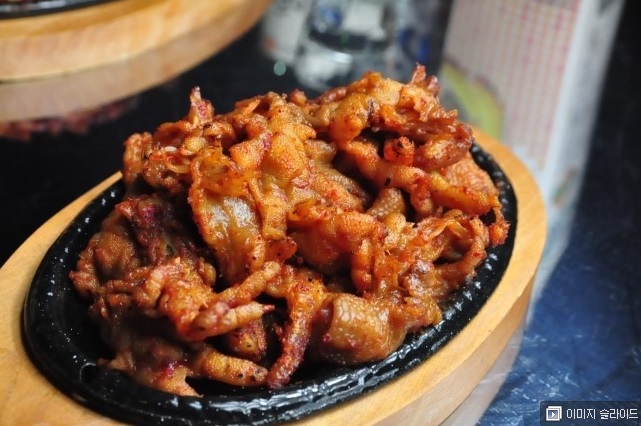 This is another street dish that you can see people selling in front of markets or parks. It is steamed or boiled silkworm pupae that’s seasoned and served hot. It’s great as a winter snack.  It’s also believed to be high in nutrients.

Gopchang is grilled cow or pig intestines. It’s grilled like any other Korean BBQ. It’s then cut into small pieces and enjoyed by itself or wrapped in lettuce and various vegetables and sauces. People enjoy the chewy and crispy texture of Gopchang and people love to drink soju with it! It’s also tasty stir-fried with spicy sauce. It’s known that Gopchang is high in iron and vitamins. 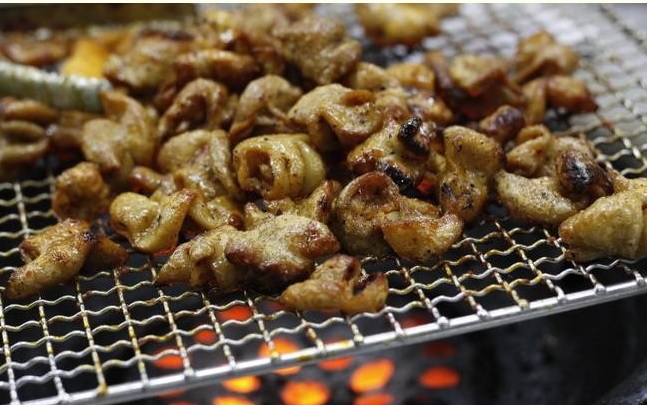 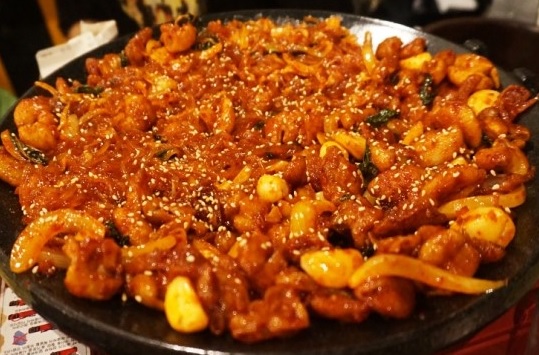 This is a tough one. Even Koreans have a hard time getting used to this food. It’s an acquired taste and you can only enjoy it after several tries. Hongeo is a fermented fish dish that smells like crazy. It’s made from skate and has a very strong smell and taste. It’s eaten like sashimi and enjoyed with Kimchi and steamed pork slices. This is called SamHap. Once you acquire this taste, apparently you can’t get enough of it! 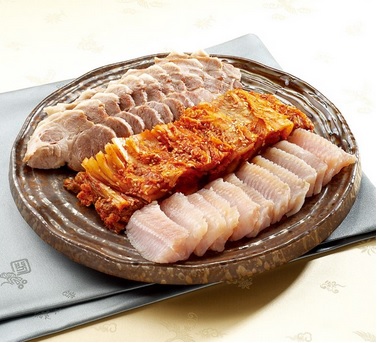 What weird food have you tried in Korea?