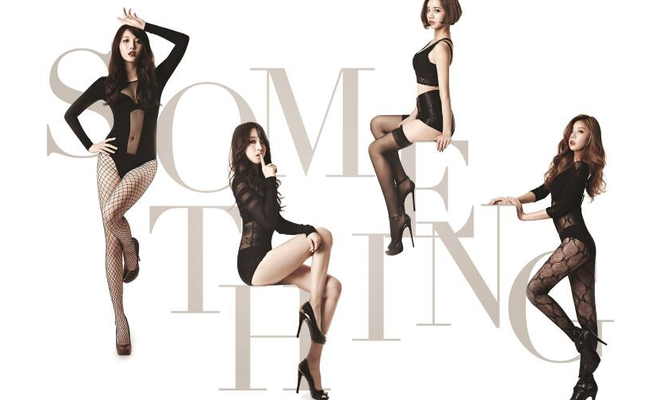 It is tough to be in a girl group. The entertainment industry is saturated with so many competing groups that finding your own identity is vital to success.

Although some have achieved success by staying true to their original color, it is important for others to change in order to succeed. These 5 K-pop girl groups are just a few of those who have found more success by ditching the cute.

AOA debuted with one of the most unique concepts among the girl groups. Not only did they sing and dance, they also had a band sub-unit. They have had moderate success with their releases but their popularity shot through the roof when they bared their legs with their song, “Mini Skirt”. Since then, the girls are trying to avoid anything with length in it – they soon released their next single, “Short Hair”.

DSP’s Rainbow debuted with the annoyingly mispronounced song, “Gossip Girl”. The girls sang in high-pitched voices and made all these “cute” expressions that somehow Korea did not really warm up to. They finally turned heads with their mid-riff baring music video for “A”. This also was the start of broadcast companies filtering out “suggestive” dances. Although they still go the occasional cute route, the girls always return to the sexy concept they are most loved for.

Girl’s Day miserably debuted with “Tilt My Head”. It was annoying and overly auto-tuned and had the most exhausting choreography that left the girls breathless on stage. However, the girls were undeterred; they persevered and had finally met some success with “Twinkle Twinkle”, which also had a cute concept. A few years later, with some member changes along the way, the girls finally achieved massive success with “Expectation”. Although they didn’t win an award for this song, it did lead up to their current status as one of the hottest girl groups in Korea. The girls still have their cute side to them but always with that hint of sexy.

Fiestar had a lot of promise as a group. They had vocal skills and did not really have to rely on acting cute to prove their talent. As we all know, performance is not just for the ears, it is also for the eyes and unfortunately, the girls weren’t stimulating enough visually to gain attention. With their latest song, “One More” they finally got rid of their bright and flashy clothes and opted for something more body-hugging and attention grabbing. The girls are still a long way from reaching the top but this may have been the push they needed to get them there, as Korea seems to have finally noticed them.

Ah Stellar. Stellar has had one of the biggest changes among the girl groups. Not only have they dropped the cute act, they’ve also changed their musical style. Comparing their debut, “Rocket Girl” with the sexually suggestive “Marionette”, you would think they were two completely different groups. They have recently made a comeback and it seems like the sexy is staying, as any hint of their cutesy former selves have long been gone.

Do you prefer these bands’ original concepts or do you also think sexy worked better for them? Let us know in the community post!