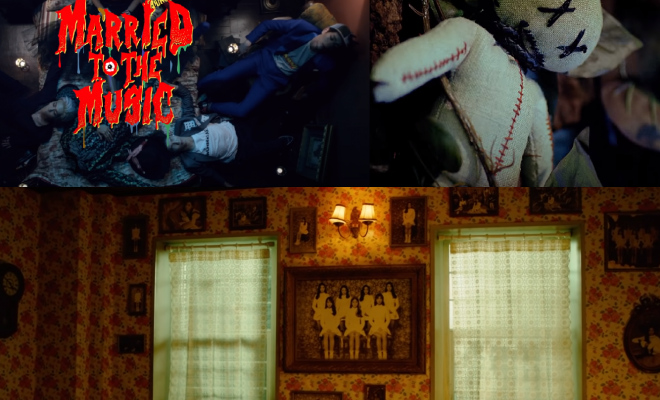 Get into the Halloween spirit with these K-pop music videos!

The spooky season is here and what better way to celebrate it than with some themed K-pop music videos. Take a look at these five picks which remind of Halloween with their supernatural motives or dark and eerie themes. 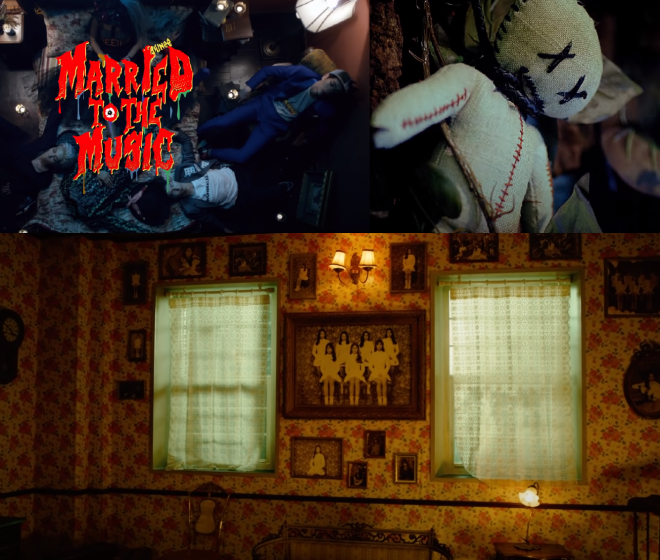 1. SHINee – Married To The Music

When thinking of K-pop and Halloween, one of the first things that come to mind is the iconic “Married To The Music” clip. The funky disco track is very addictive just by listening to it, but add the fun video and you get a full exciting experience.

Despite the lively tune, “Married To The Music” carries a lot of weird and crazy moments. It reminds of a Halloween party, especially through the parts with heads and eyes rolling around, quite literally! The music video might be from a couple years ago but it is most definitely not too old to watch.

Get your groove on this spooky season with an entertaining experience presented by SHINee! “Are you married to the music?”

Here is a warning for this clip, because it fits the dark holiday season really well!

The members of Cross Gene are running away, evidently scared of something or someone. Soon enough, the answer to the question of “who” or “what” is revealed and, no, you are not seeing double.

“Black or White” shows the fight between the dark and light sides of the members, portrayed through quite the graphic scenes. They represent the good and the bad that lives in every person and tries to coexist together.

Although, often enough, one of the two takes over the control…

For everyone who prefers a more lighter feel this spooky season, here is one of Red Velvet’s music videos. Have a little fun while singing along to the catchy chorus that will definitely stick into your mind.

The R&B pop dance song “RBB(Really Bad Boy)” has a lively feel to it, putting a brighter touch on the scary holiday. We get the Halloween graveyard setting and an obviously fake werewolf. Doesn’t the video just give you a fun 90s vibe?

You better be ready because, “Oh my god, he’s a really bad boy”!

A K-pop Halloween is not complete if there isn’t at least one of VIXX’s music videos in your playlist. The group, without a doubt, appears in every K-pop fan’s mind when thinking about the spooky holiday. A lot of the idol’s clips match with the season’s theme, that chances of picking the wrong one are very few.

The eerie start of “Voodoo Doll” will make viewers feel a cold chill, even if they are familiar with the video. The creepy rag doll in the clip is used as a way of hurting a certain person. A beautiful woman is in possession of the magical object, which makes her in control of the one it represents as well.

Along with the story that unfolds, the members’ choreography matches the atmosphere of the song as well, adding to the completion of the music video.

The impressive and unique sound of Dreamcatcher will give listeners a nice spin in their “Chase Me” clip. This is the group’s debut title track and we thought it fit perfectly with the Halloween season.

Why, you would ask?

The video has a lot of classic haunted movie elements that would hook you up and not let you go until the ending. Even then, the clip finishes with a “To be continued” message, indicating its connection to the group’s next main album song, “Good Night”.

“Chase Me” takes the viewer into a haunted hotel, following a man who constantly sees weird girls around. The twist is, every time he tries to film them, they do not show up on his camera. The Dreamcatcher members portray the creepy girls that show up in front of the male guest throughout the video.

Are you ready to go on a chasse with the alluring ladies?