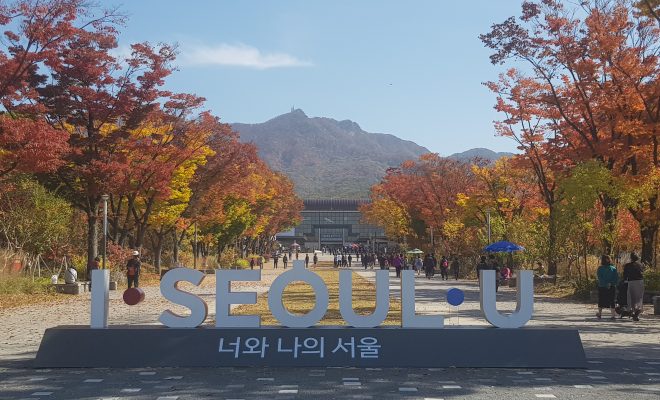 Fall In Love With Seoul Through These 5 Must-Visit Places

Falling in love with Seoul is not something you choose, it is something which happens naturally.

Most K-Pop and K-Drama fans want to visit the places their idols reside in and where their favorite scenes took place. But Seoul has many sides – modern and historical wise. It is definitely a city to visit, even for non-Hallyu fans and it can be assured that one would simply fall in love with the city. 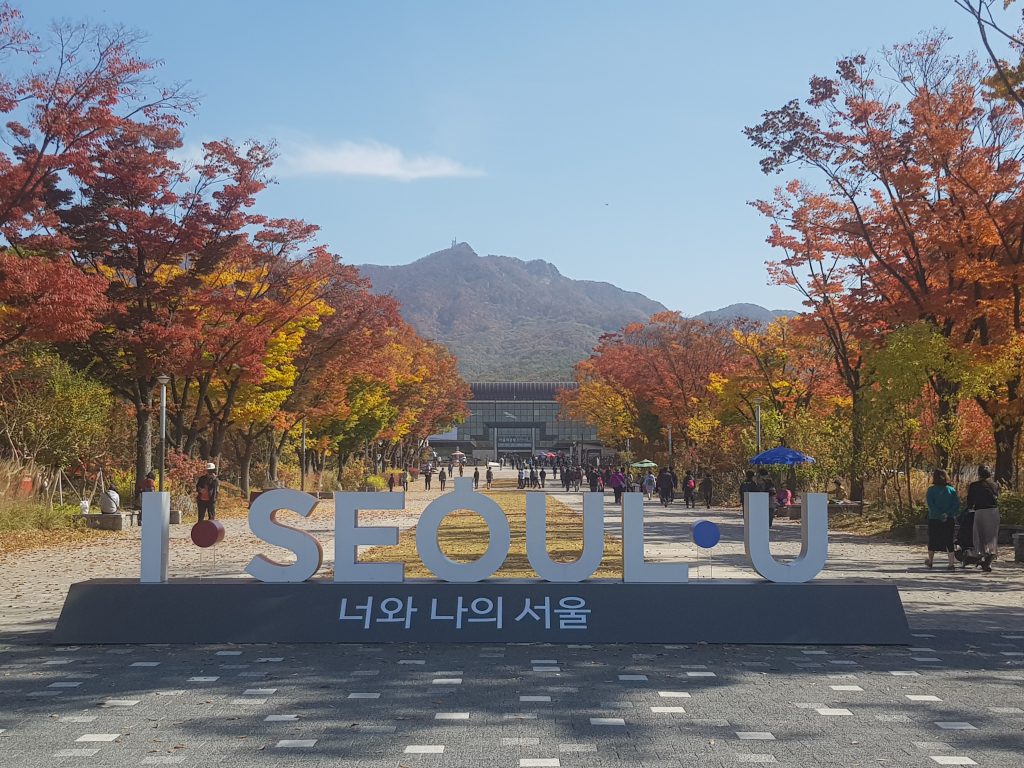 It requires a lot of time to go around the whole city and give the desired attention. Specifically, first-time visitors would most likely want to see the best parts, but there are too many of those to create a proper rank-list.

Seoul has a lot to offer to its residents and visitors. One moment you are in a big modern city and the other, you are walking through a small alley which holds the old Seoul on display.

These are just a few of the many spots Seoul fans need to check out. Even if sightseeing is not your thing, you still will be left breathless and with amazing memories to share later on.

Here are five of the places which will be stuck in any visitor’s memory, but keep in mind, there are many more to discover along the way. 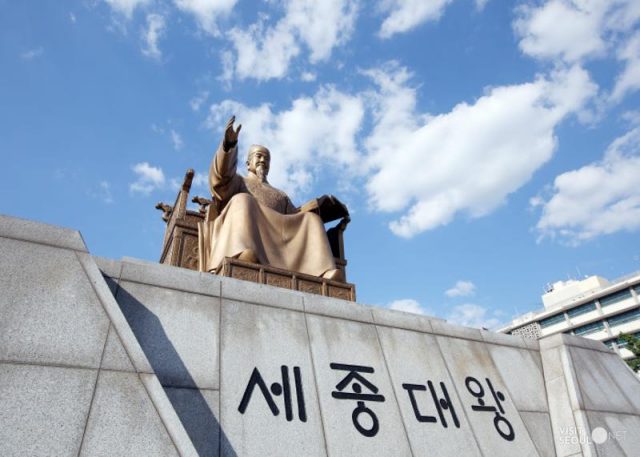 We are starting with a rather famous spot. The Gwanghwamun Square which stretches out from Gwanghwamun Gate, once the main gate of Gyeongbokgung Palace, is a place that is often seen in K-Dramas. Fans can easily recognize the spot and it is a must-explore place.

There are two main historic sightings on the Square. The first is the statue of King Sejong the Great. He is known as the fourth and most respected king of the Joseon Dynasty, as well as the creator of Hangeul, Korea’s alphabet. The second one is a statue of Admiral Yi Sunshin. He was a naval commander noted for his victories against the Japanese navy during the Japanese invasions of Korea (1592-1598) and a hero among Koreans.

The two statues stand proudly on Gwanghwamun Square so any Seoul citizen and visitor would be able to see them and feel the admiration they bring.

The Square is pretty wide so people can walk freely and enjoy the feeling like they are at the center of the city, because of how the Square is surrounded with the roadway on both sides.

This wide area appears in a lot of K-Dramas like Memories of Alhambra (2018-2019) and The King: Eternal Monarch (2020). There are a lot other titles to add to the list, making this a must-see, especially for drama fans.

Even if you are not into going around and looking at famous spots, do not miss out on this place. Just taking a stroll or pass by the Square, you will get this incredible feeling of being in a whole new world. 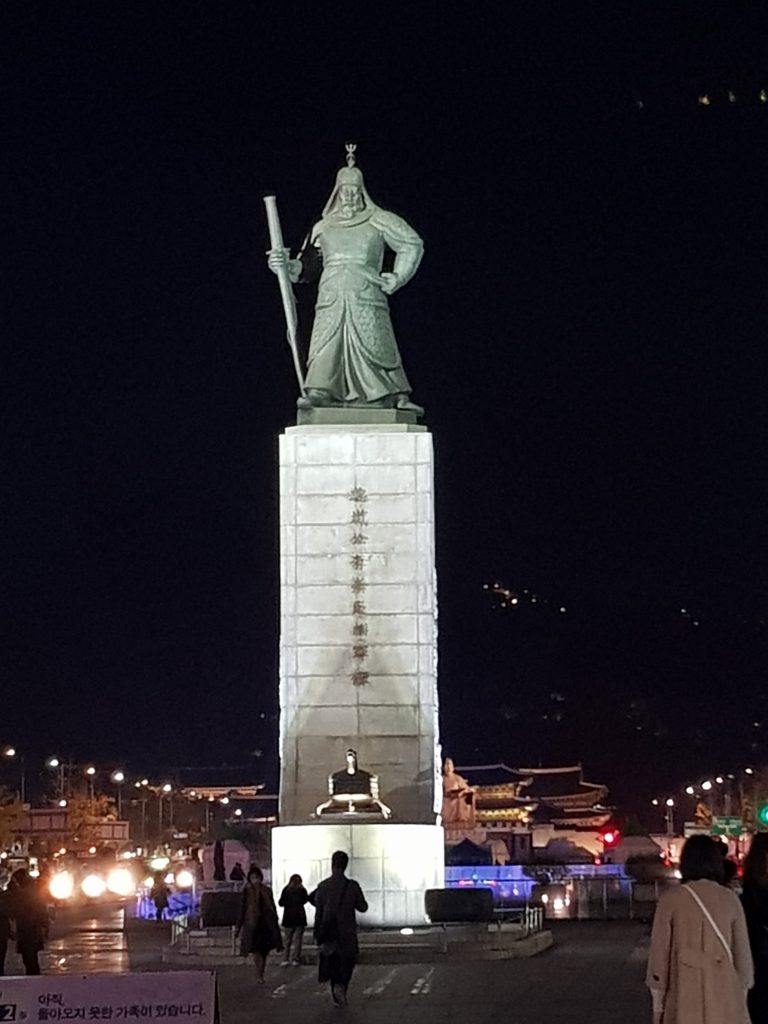 One of the five grand palaces of Seoul, this one in particular has something special to offer, or more like, something “secret.” All the palaces and shrines are worth visiting as they will teleport you into another time for sure. The sights are such that they can make anyone forget they are in a big modern city.

Changdeokgung is the second largest palace of the Joseon Dynasty. In 1592, the main palace, Gyeongbokgung, was completely destroyed by the Japanese invasion of Korea and Changdeokgung became the Joseon court house for 270 years.

The palace offers a special tour of its Secret Garden. Usually, it can be visited through a guided tour and it is surely worth going on one. The tour is offered in different languages but even just tagging along would be fun, as you will see a lot of beautiful scenery.

The garden is like a different place once you go in. The nature surrounds visitors and shows a beautiful view every step of the way. Inside, there are also various buildings and pavilions, which give out the traditional Korean feel.

The tour takes around 90 minutes but it feels like time passes too quickly once you get to the end of it. 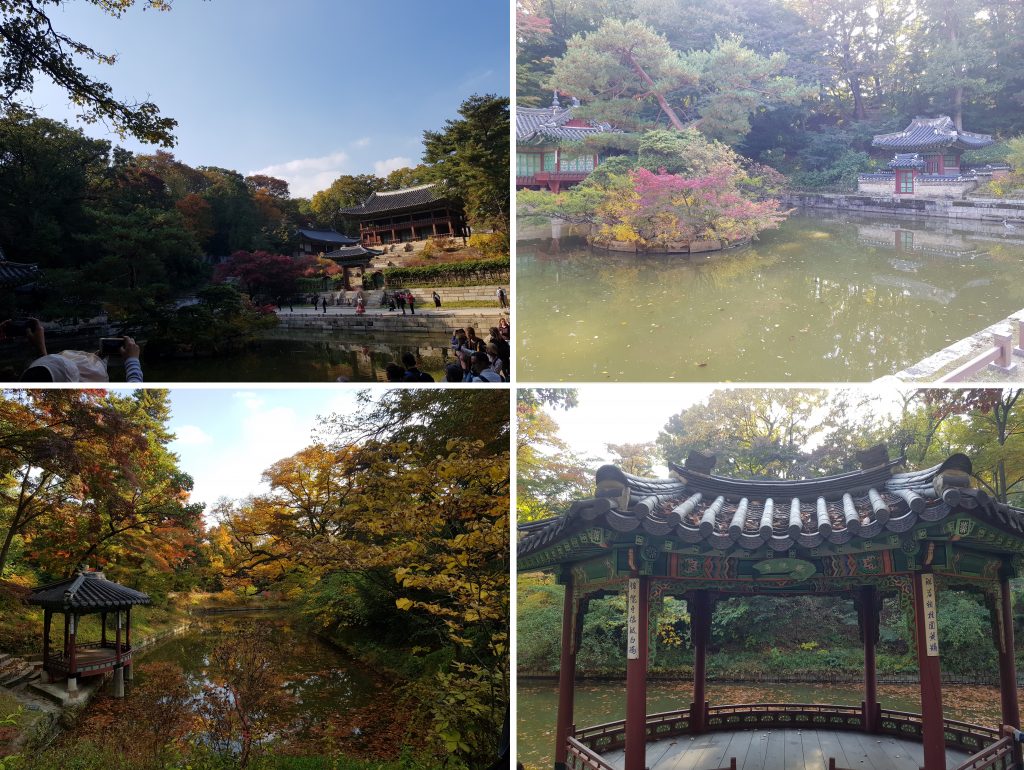 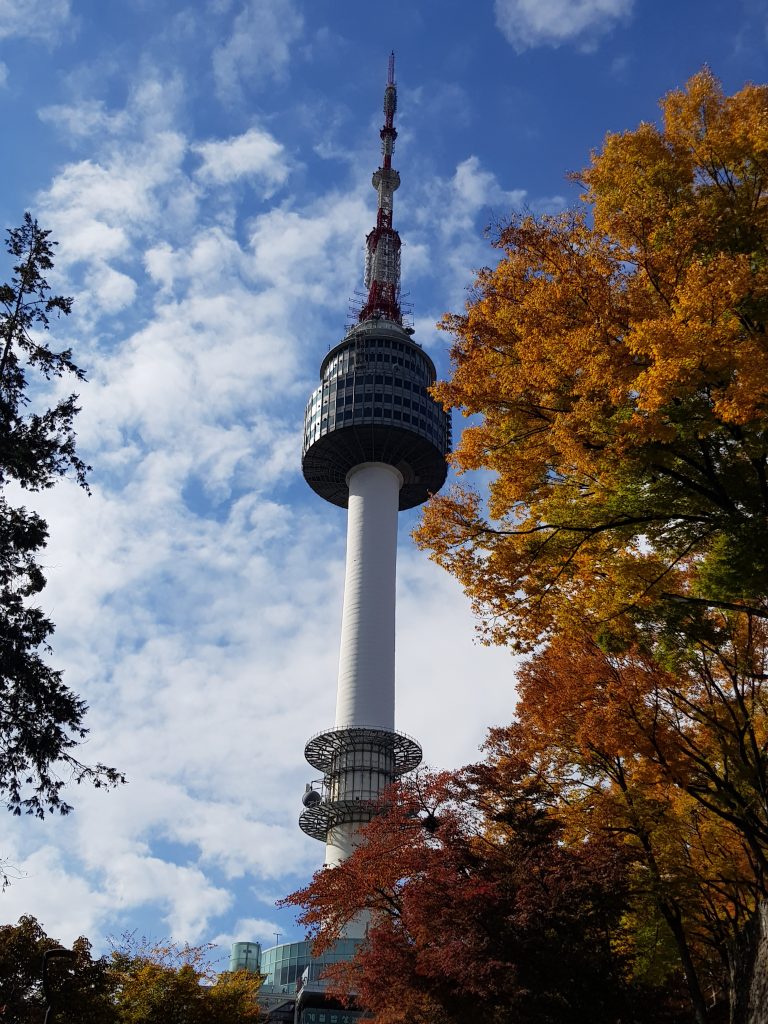 This place is quite the popular one, especially if you are up for a nice view from a high place.

Namsan Seoul Tower was originally a broadcast transmission tower. The fenced observatory below the tower provides a wonderful view of the city, that can be experienced in 360-degrees.

The Namsan Tower adventure starts even before reaching the actual place. You can choose to have a walk or take the special buses which will lead you all the way up. The walk is quite long so, anyone who wants to do it should think about it thoroughly because once you start, you can’t get on the bus along the way.

This is a must-not-miss type of experience. Even if you are not fond of high places, you must still try to visit Namsan Tower. You will not regret the mesmerizing view of Seoul showing its beauty right in front of your eyes. 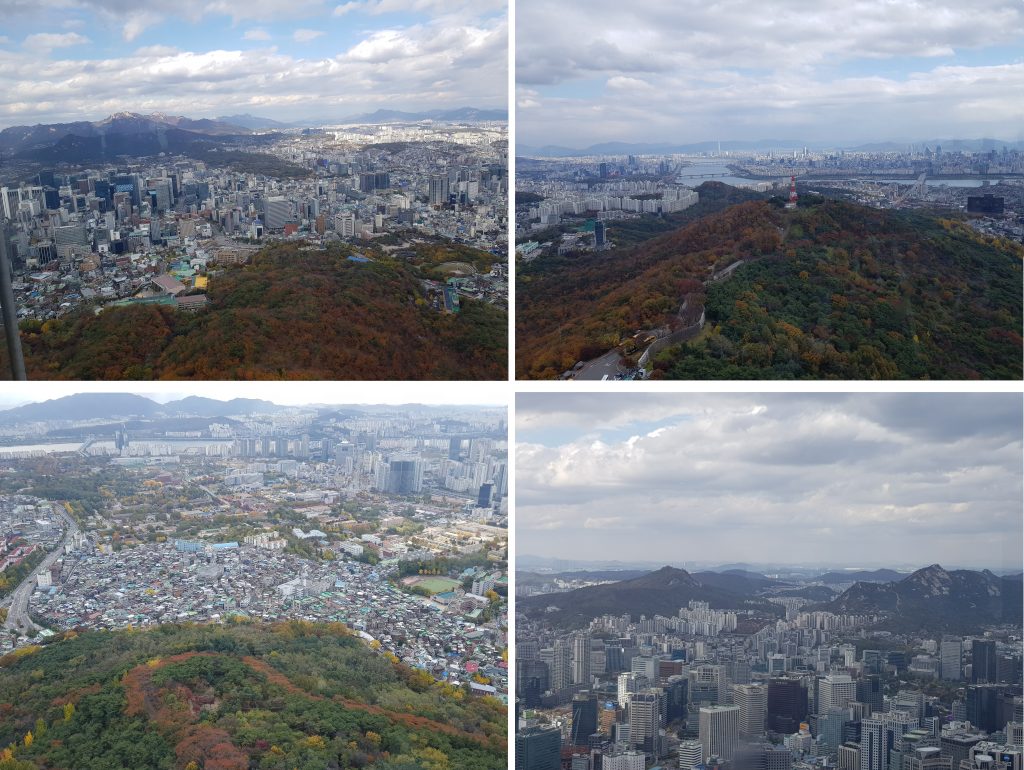 For all the people who enjoy walking and want to experience the unique side of Seoul, this place is another great attraction.

Cheonggyecheon is an 11 km long modern stream that runs through downtown Seoul. The stream starts from Cheonggye Plaza, a popular cultural arts venue, and passes under a total of 22 bridges before flowing into the Han River, with many attractions along its length. Cheonggyecheon has gone through a lot of change during the years until it was restored to what it is today.

There are a lot of spots to enter and exit Cheonggyecheon Stream from, meaning there is no need to walk the whole distance. Despite the street-way on both sides, the noises from the vehicles feels distant, that allows a peaceful walk in the heart of the city. It is like a small park, perfect for a stroll, be it alone or with someone.

There are lots of stone paths from one side to the other to cross from. Furthermore, the presence of wildlife is a surprising scene as well. Starting from fishes to different types of birds, such as ducks, the stream has a lot to impress with. Specifically, the greenery lets you forget you are in a big modern city.

Moreover, if you visit during the first Friday of November, you will most likely be able to experience the annual Seoul Lantern Festival. The colorful lanterns decorate the  the public recreation space of Cheonggyecheon.

The Lotte World Aquarium is one of the most fascinating places inside the Lotte World Mall in Seoul. With a variety of sea life to experience, the aquarium will take you closer to our underwater friends.

The tunnels will make a person feel like they really are under the ocean, as the species swim from one side of the tank-halls to the other.

In particular, this aquarium has something unique. It harbors an animal which is not possible to be seen just anywhere, the beautiful white Beluga.

As the star of the aquarium, the beluga lives and plays in a massive 7 meter high, 1,244 ton tank. Sometimes, the beautiful creature would even get close to interact with visitors. 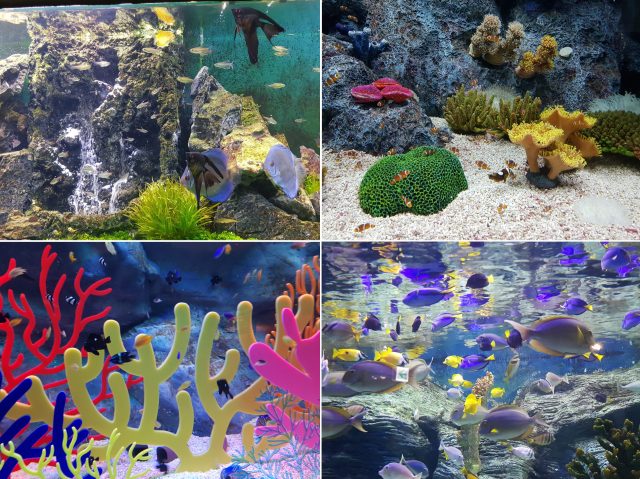 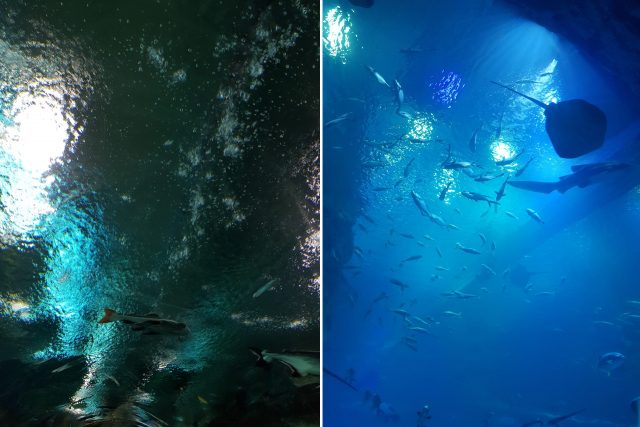 While you are there, do not miss on checking out the Lotte World Mall. Not only is it filled with more attractions to enjoy, food to munch on and shopping stores to conquer, but it is also simply a piece of art itself. The magnificent architecture will leave visitors breathless. 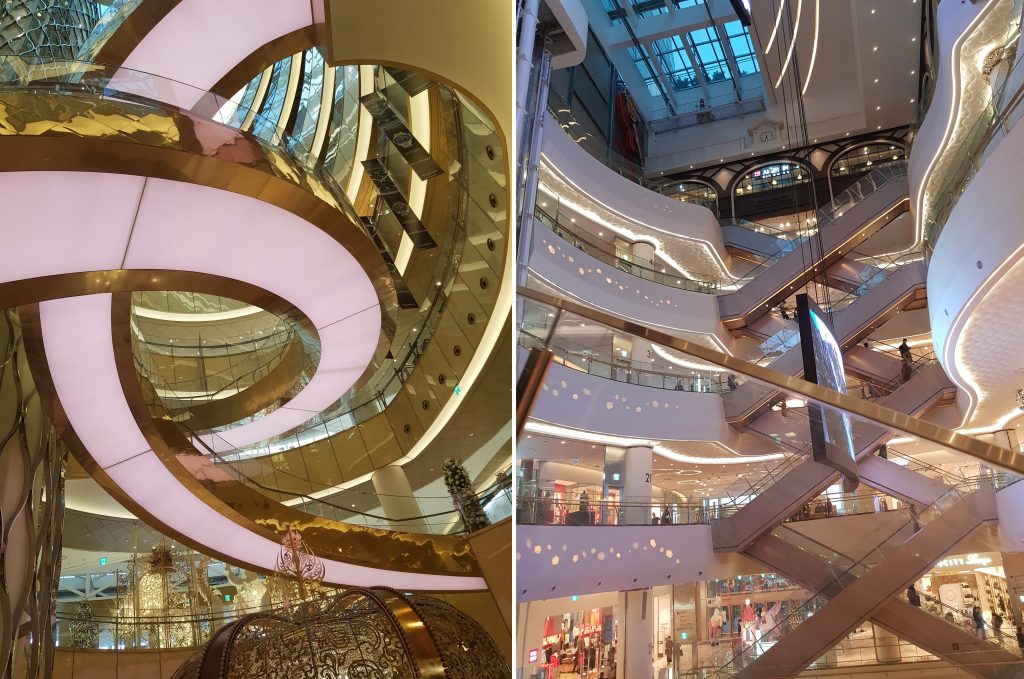