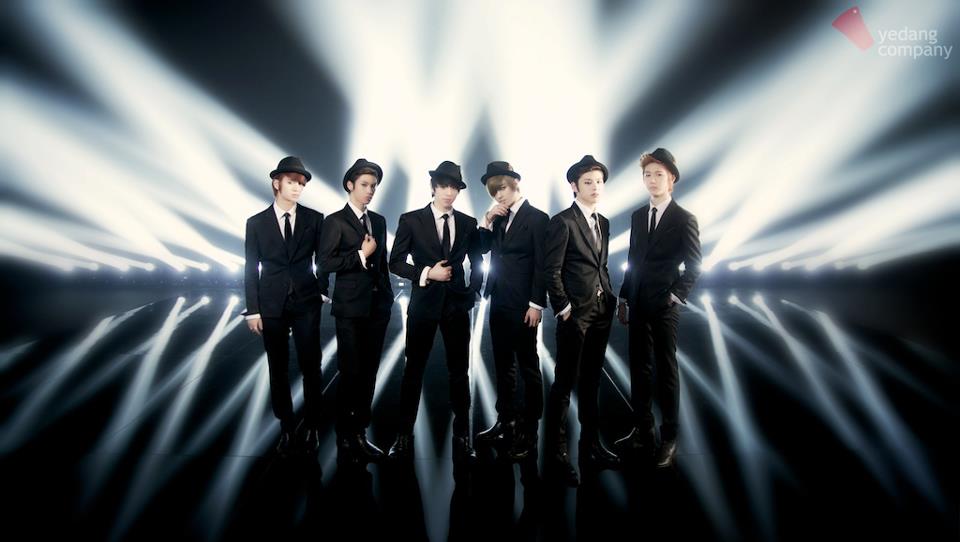 With the rising popularity of K-pop, countless idol groups make their debut each year, hoping to make it big like BIG BANG or TVXQ. In recent years, newcomers such as EXO and B.A.P were able to hit the jackpot and rise to the top with their hard work, backed up by a famous entertainment company. But the truth is, not every group has the luck to be in the spotlight. For instance, idol group U-KISS has been around for nearly 6 years, yet they have never been number 1 on music shows.

Sometimes even slaying vocals, epic dancing skills, and killer visuals are not enough to raise the group to the top.

The entertainment industry is extremely competitive. With so many groups coming out each year, it is easy to get overlooked or overshadowed if the group’s entertainment company does not have a well-known reputation. Furthermore, K-pop has become similar to a factory industry where styles of songs and concepts are getting recycled over and over again. In short, rising to fame is every group’s dream but only a few are actually able to achieve it.

Below are 5 underrated boy groups that deserve more credit than they are given.

C-Clown, aka Crown Clown, is a six-member group under Yedang Entertainment. The name of their fandom is CROWN and their color is pearl forest green. The members consist of leader/rapper Rome, main vocalist Kangjun, rapper T.K, rapper/maknae Maru, and vocalists Siwoo and Ray. They debuted on July 18, 2012 with lead single Solo and mini-album Not Alone. Following their debut, Far Away…Young Love and  Shaking Heart were released respectively. And in 2014, they returned with Justice, a complete transformation from their previous comebacks.

C-Clown’s music has a unique acoustic sound that sets them apart from the other groups. While their newest comeback with Justice is far from their usual style, the meaning behind the song (it is a song directed toward school bullies) and the fun choreography made up for it.

I accidentally came across Far Away…Young Love  in 2012 and instantly fell in love with their songs. They are a group that has the vocals, the dance skills, and the visuals. Some of my personal favorites include Go Away, Good Night, and Tell Me. C-Clown is one of the few groups I can always depend on music-wise. They have yet to disappoint me.

MYNAME is a five-member group under H2 Media, created by Hwanhee of legendary duo Fly To The Sky. The members consist of leader Gunwoo, main vocalist Insoo, main rapper Jun Q, lead rapper Seyoung, and visual/maknae Chaejin. MYNAME debuted on October 26, 2011 with Message. Title tracks such as Hello & Goodbye, Just That Little Thing, and Baby I’m Sorry were released in the following two years. Then in October 2013 MYNAME returned with Day By Day featuring D.O (Lee Hyun Do of the legendary hip pop duo Deux. No, not the one from EXO).

MYNAME is more active in Japan than in Korea. Their music video for Baby I’m Sorry is meaningful and not commonly seen in the industry. It was in the spotlight for its tear-jerking plot.  The moral on friendship had many fans shedding tears.

Like many others, I stumbled upon Baby I’m Sorry and was mesmerized by it. Then soon after I became a fan of theirs. Personally, I am not a fan of their older songs, but their 3rd mini-album with Day By Day blew me away. Some of my favorite songs of MYNAME include Hello & Goodbye, U-Turn, and In My Place.

MR.MR is a five-member group under Winning Insight. The members consist of leader Jin, main vocalist Tey, vocalist Do Yeon, Chang Jae, and Maknae Ryu. The official fandom name is MISO. They debuted on October 4, 2012 with a digital single called Who’s That Girl. Other title tracks include Waiting For You, Highway, and Do You Feel Me. Then in 2014, MR.MR returned with self-titled track MR.MR, as well as Big Man.

As you might recall, Winning Insight had a dramatic conflict with SM Entertainment when Girls’ Generation recently released Mr.Mr. MR.MR’s track of the same title is a diss song towards SM Entertainment, claiming they used the band’s name for their title track and looked down on the lesser-known band. On the bright side of the controversy, MR.MR’s newest comeback with Big Man and It’s You had been gathering a lot of attention lately.

I discovered MR.MR through Waiting For You and fell in love with their style of music. Personally, I understand why their company was frustrated with SM Entertainment. MR.MR worked hard to get themselves out there, but their videos instantly got pushed back on YouTube because of Girls’ Generation. If you were to type in “Mr.Mr” on YouTube, the first-page results would be Girls’ Generation only. Even though the song disses SM Entertainment, that does not stop it from being my favorite MR.MR track.

The Boss, aka DGNA, is a five-member group under Open World Entertainment. The members consist of leader/main vocalist Mika, lead vocalist Hyunmin,vocalist Injun, lead dancer Karam, and main dancer/main rapper/maknae Jay. They debuted on March 4, 2010 with Admiring Boy under Xing Entertainment. Some of their other title tracks include Stumble Stumble, Lady, and their most recent song, Why Goodbye.

Some previous members of Xing  include Jun Hyung of BEAST and Kevin of U-KISS. The Boss is another group that is more well-known in Japan than in Korea. In 2013 the band returned with a more mature concept with mini-album Chapter II.

I discovered The Boss through Why Goodbye and it was love at first sight. They are one of the greatest vocal groups in my opinion. Chapter II is a top notch mini-album and I definitely recommend it. My favorites include Sad Story, Because of You, and What Are You?

BIGSTAR is a five-member group under Brave Entertainment, the record label founded by famous producer Brave Brothers. The members consist of leader Feeldog, vocalist/rapper Baram, vocalist Raehwan, rapper Sunghak, and maknae Jude. BIGSTAR debuted with Hot Boy in 2012. Other title tracks include Run & Run, Thinking of You, and Standing Alone.

Brave Brothers is one of the most popular producers in the K-pop industry. BIGSTAR had the advantage of having their own distinguished sound, being under Brave Entertainment.

I discovered BIGSTAR because of Standing Alone. I’ve always been a fan of Brave Brothers’ songs. Therefore, I loved listening to songs from BIGSTAR. Some of my favorites include Baby Girl, Girl Like Poison, and Hooligan.

What do you think about the bands above? Do you think they deserve more exposure?

7 Things To Do To Make Your Korean Trip A Reality

10 experiences every teenage K-pop fan can relate to