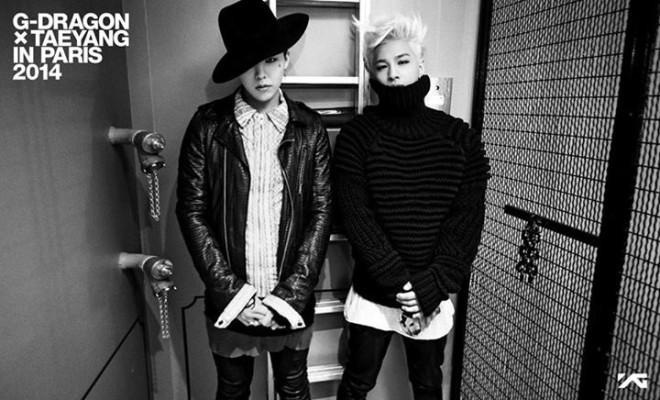 Hating on K-pop sort of became a trend, and got multiplied with Psy’s rise to international fame. As I am reading YouTube comments, I cannot help but shake my head at the “reasons” why people hate K-pop. I decided to write this open letter to all haters, because, frankly, you guys all get it wrong. I’m going to give my five cents on the most widespread reasons haters give for disliking K-pop.

Of course, you are going to hate me for it, but I still hope that some of you will actually take the time to think about what I have written.

Probably the most frequently used reasoning is that K-pop is unoriginal. It supposedly copies American music, heavily relies on samples and “steals” from other artists.

Now, the first thing we need to examine is what the word ‘original‘ means. It doesn’t only mean that something was created first, from scratch. In art, original also means that it’s unique, it’s creative, imaginative. Those who studied art history would know that pieces of art are rarely truly made from scratch. Literary works and musical pieces, as well, build upon centuries of knowledge, previously published works. For you to create something truly original, it is not required to have a tabula rasa mind – none of us can do it, since we can see, hear, feel the world around us, with all its previously published knowledge. Even such works like Tolkien’s Lord of the Rings, the originality of which no one could deny, draws from popular European mythology, from Beowulf  to the Finnish Kalevala. Referencing other works will not make you any less original.

Second, do you think American artists (or European, for that matter) don’t employ samples or build upon others’ works? Maybe you don’t realise it, but there are hardly any artists who do not utilize sampling. Hip-hop, the genre itself, is well-know for building on samples, from Eminem’s My Name Is sampling Labi Siffre’s I Got The… to Coolio’s epic Gangsta’s Paradise drawing upon (basically reworking) Pastime Paradise by Stevie Wonder. But huge hits like Vanilla Ice’s Ice Ice Baby, U Can’t Touch This by MC Hammer, Come with Me by Sean Combs (sampling Led Zeppelin), or (sic) by Slipknot all utilise samples. Skrillex is also known for using loops in his songs – and there are many, many more examples.

So why is it a problem, that for example, G-Dragon sampled (legally) Rhu by Redd Holt Unlimited in But I Love You?

Well, I cannot argue that some of the K-pop lyrics are not shallow. Or ridiculous. So, if we look at American lyrics, they are much better in quality – I would assume, since haters prefer American music.

So, let’s see some of the biggest American hits:

Because American singers don’t use repetition. At all.

Because American lyrics are always meaningful. And don’t use repetition. And the rhymes are not childish, at all.

Because American lyrics are always beautiful and grammatically correct, and full of philosophical depth.

Right? No? Then why do you hate on K-pop lyrics? And just to correct the picture, there are a lot of songs with very meaningful and deep lyrics – just like not all American songs feature the type of lyrics sampled above.

For example, you can check out any Tablo or Epik High song for beautiful/meaningful lyrics. Tablo is well-known for his lyrical vein, and he can also write heart-wrenchingly beautiful lyrics in English. The poetic beauty of K-pop lyrics may get a bit lost in translation, but that’s not the original’s fault.

Or this beautiful song by T.O.P. of BIGBANG, inspired by a letter from a dying fan:

#3 All the songs sound the same

Seriously? I cannot really take this kind of attitude as a serious argument, so I would say, you need an ear check-up, urgently! Or listen to something else than Psy’s Gangnam Style and Gentleman in a row…

Three random songs from this year. Do they sound the same? Or alike? Even a tiny bit?

This is a popular one. I mean, as a reason to hate on K-pop. Here’s the deal: yes, some K-pop artists have gone under the knife, while others have not. Contrary to popular (ignorant) opinion, not everyone has had surgery. Besides, it’s not as if American artists haven’t had such jobs done. The most famous examples are Cher and Michael Jackson, but Mariah Carey, Ashlee Simpson and Britney Spears also have had some done.  And of course, this is not even a complete list of Western celebrities who’ve had a little work done here and there.

So what’s the big deal with K-pop plastic surgery? Everywhere in the entertainment industry there is a standard of beauty, whether we like it or not. It’s not like this is a K-pop-exclusive phenomenon.

Watch this informative video from Eat Your Kimchi about plastic surgery in Korea, because there is much more to this below the surface, and maybe you will understand it a bit better:

#5 All the guys look gay/feminine

No. Not all of them look effeminate, and effeminate doesn’t equal gay. ‘Flower boys’, as they are called in Korea, is a social phenomenon, not just a pop industry flick. It involves multiple layers and is more complex than you would ever think. Shortly, young Korean men tend to spend more time on grooming themselves than Western men. Using cosmetic products like BB creams, foundation or eyeliners is not an awkward thing.  It’s part of a social expectation of having to look your best. It’s not going to make anyone gay.  “Gayness” is not an illness you can catch by using make-up. K-pop is also a visual package, built on imagery, color, texture. It’s a different culture, but different does not mean worse and definitely does not mean ‘gay’.

If you would like to know some background about the development of flower boys in Korea, read this article. We do admit, that this poses an obstacle to the spread of K-pop in the mainstream market, but that is due to the immediate prejudice – people like to hate on things they don’t understand, rather than take the time to educate themselves about it. 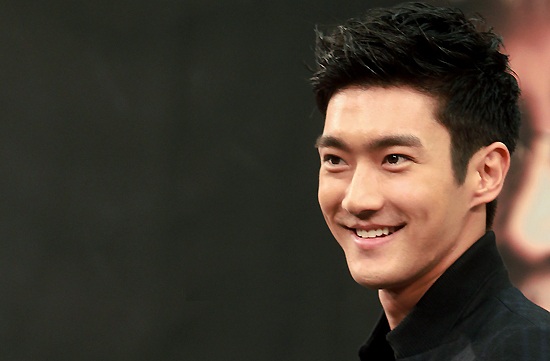 Now, this is probably the most ignorant “argument” of all. These people clearly haven’t seen any live K-pop performances, or maybe they stumbled upon some groups of lesser quality.  Does that mean that EVERYONE in K-pop is a bad singer? Every genre has better and worse singers.  American music does too. Have you heard Ailee belt out her heart? Have you ever seen XIA Junsu perform live? Have you ever listened to and got shivers down your spine from Lee Honggi’s voice? Jaejoong‘s magical tenor? Or 17-year-old Lee Hi‘s blasting vocals? No? Then you know nothing about K-pop singers’ vocal abilities, and I’m sorry.

Apparently, this is a problem. Well, I hate to burst your bubble, but do you think your favourite American artists are not “manufactured”? You do know, don’t you, that pop musicians everywhere on the globe have managers, stylists, make-up artists, PR and marketing teams, who work on their images, who tell them what to say and not say to the media, prepare them for concerts and events and take care of their daily needs?

What makes K-pop “different” is that it is all systematic. They have an agency which incorporates all these functions, instead of contracting subcontractors (management company, PR agency, marketing agency, stylist etc). Lady Gaga has a PR agency.  She has contracted a company that manages her relationship with her fans. It’s all about branding, and if you think all the branding behind American megastars is done by the artists themselves, then you are fatally mistaken. These people wouldn’t even have time to do everything themselves. The only difference is that all this is done by one agency in Korea, without giving the work to several subcontractors.

Musically speaking, American artists, too, have producers who write and compose songs for them. Some singers do contribute to their own songs.  Others merely sing what famous (or less famous) songwriters give them. That’s how it works globally, from Norway to Peru. So, why is it a problem that some K-pop singers aren’t songwriters?

Just like with American artists, some do write their own songs, and recently, there are more and more idols who actively participate in production. G-Dragon has 141 songs to his name and receives almost a million dollars a year in royalties from them. Among others, Block B members, H.O.T’s Kangta, Shinhwa’s Minwoo, Beast’s Junhyung, FTISLAND and CNBLUE members, Tablo, Jay Park, the members of JYJ, have all contributed to their albums.

The ladies don’t have to hide, either. Brown Eyed Girls’ Miryo and Jea, Secret’s Zinger, Wonder Girls’ Yenny, G.NA, Juniel, BoA, and Girls’ Generation’s Yuri have all composed and written songs – and this list is nowhere near complete.

I understand that some people don’t like K-pop. Everyone is entitled to their own tastes. I myself, used to not like K-pop in the beginning. But I educated myself about it, and that’s how I discovered the “other side.” Disliking something because your musical taste differs is worlds apart from hating on something based on fabricated arguments that a) don’t even have a proper foundation and b) are based on simple ignorance about a topic into which you don’t have insight.

Instead of simply hating on K-pop out of ignorance, try to look into it first and see whether your arguments actually make sense. This is true not only for K-pop, but for anything you generally “feel like” hating.