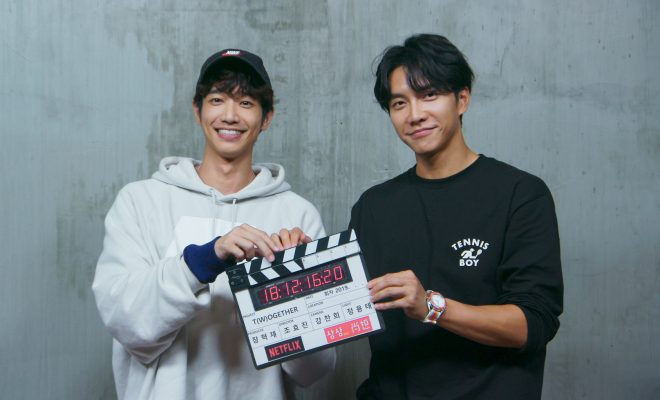 Popular actors Lee Seung Gi and Jasper Liu develop a genuinely adorable bromance as they travel through various countries and cities to meet their fans in Twogether.

Netflix tapped Lee Seung-gi and Jasper Liu to embark on a special road trip through various countries in Asia in Twogether. The duo work together to fulfill extraordinary missions in order to meet their fans. Travel locations include Indonesia’s Yogyakarta, Bali, Thailand’s Bangkok, Chiang Mai, Nepal’s Pokhara, Kathmandu, and Seoul.

Some exciting missions include paragliding, couples yoga, and cliff diving. The friendly, sweet-natured celebs overcome their language barrier as they go on an unforgettable, extraordinary adventure through Twogether. 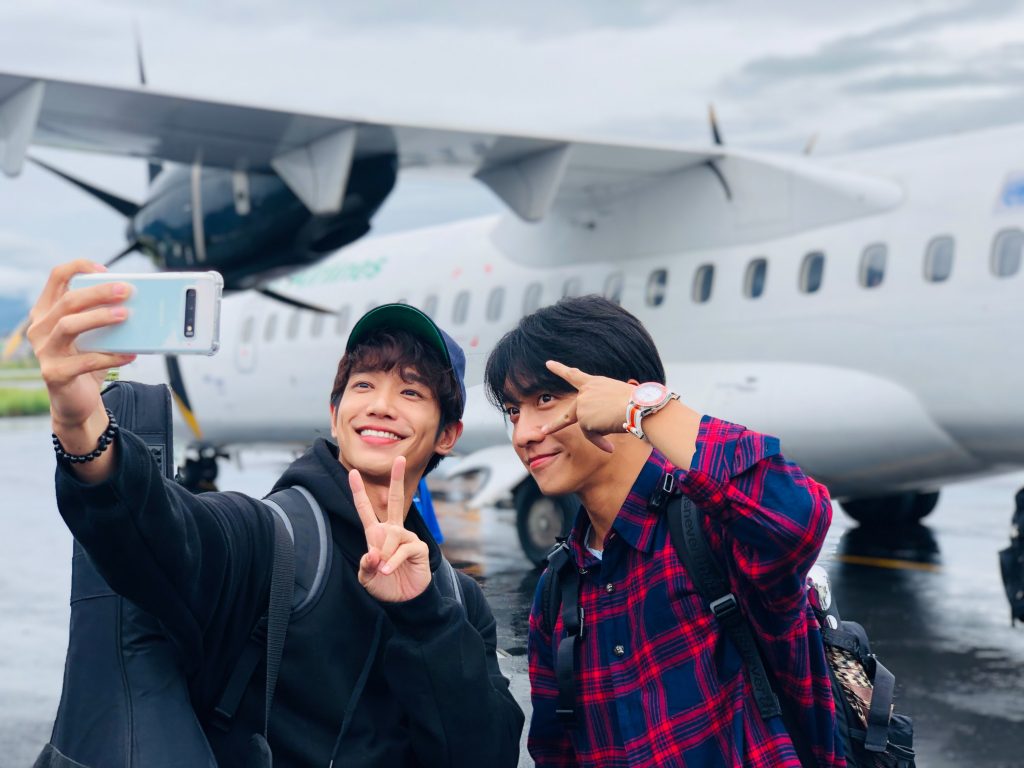 Any initial awkwardness between the two stars is quickly dispelled as they make efforts to learn phrases in each other’s languages and get to know one another better. Developing a friendly and playful relationship, they show plenty of saccharine brotherhood moments in the series.

There’s too many to list, so check out a cute bromance moment from each episode below!

The morning after the first night of their trip, Jasper says, “Last night was the first time I slept with…” Seung-gi guesses, “With another man?” but Jasper clarifies, “with another celebrity.” They laugh as Jasper explains how he thought they would get separate rooms, but they ended up sharing a room with separate beds.

The pair have to walk blindfolded between two trees in an alun-alun to have their wish fulfilled. Seung-gi puts his arm around Jasper and they walk forward together to accomplish their mission. So cute!

After an arduous mission in the sand, Lee Seung-gi acknowledges all the hard challenges Jasper Liu took on. He notices sand on Jasper’s face and gently removes it. It looks like they’re close enough to touch each other’s faces!

Seung-gi and Jasper practice for the show’s original song “Gonna Be Alright.” While Seung-gi has been a singer since he was 17, Jasper is new to playing guitar. Seung-gi helps Jasper with keeping the tempo steady by clapping his hands. Then they practice the tempo while holding hands together. Awwwww, you have to watch their performance!

Lee Seung-gi has a ton of experience on successful entertainment TV programs. This is Jasper Liu’s first time being a cast member of a variety show, but he’s learning quickly from Seung-gi. Jasper tries out being sneaky during a mission, and Seung-gi compliments him on being a good student. 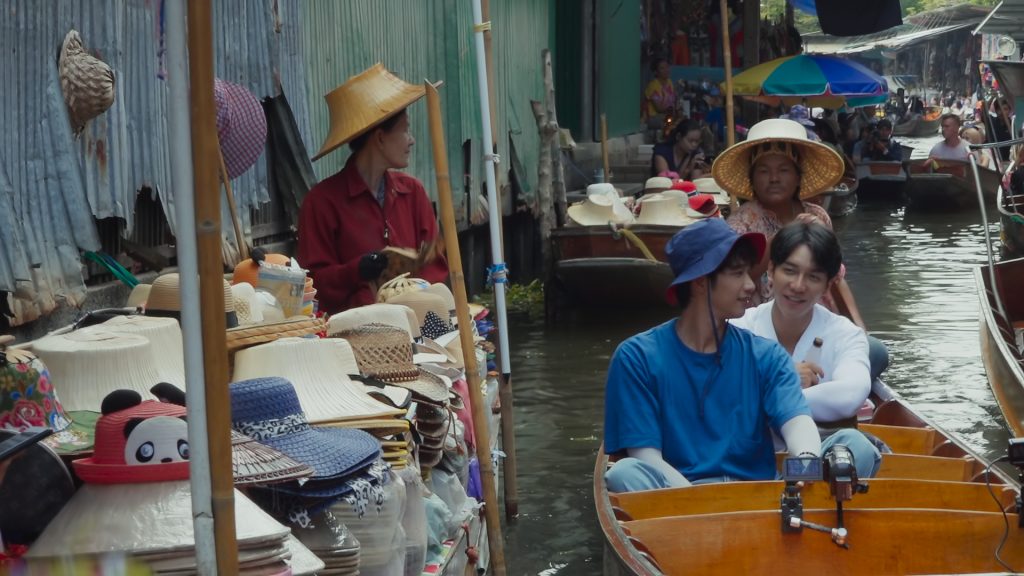 For one of the missions, Lee Seung-gi needs to jump off a 15-meter cliff. Jasper Liu feels concerned for Lee Seung-gi and hugs him saying, “You’re my brother. I love you.” The bromance is real guys. ?

After traveling to Indonesia and Thailand, the stars return to their home countries for a week and reunite in Nepal. They’re so happy to see each other again! Jasper reveals his mom told him he was sleep talking in English. Seung-gi confesses that it felt a bit weird to sleep alone in Korea after having slept together every night in Indonesia and Thailand.

Seung-gi and Jasper learn a traditional Nepalese dance at a special restaurant. They try out dancing as a pair. They really got into it and were all smiles by the end.

There’s seriously an abundance of bromance moments from Twogether not highlighted above. Be sure to watch all the cute and hilarious moments between Lee Seung-gi and Jasper Liu on Twogether via Netflix. 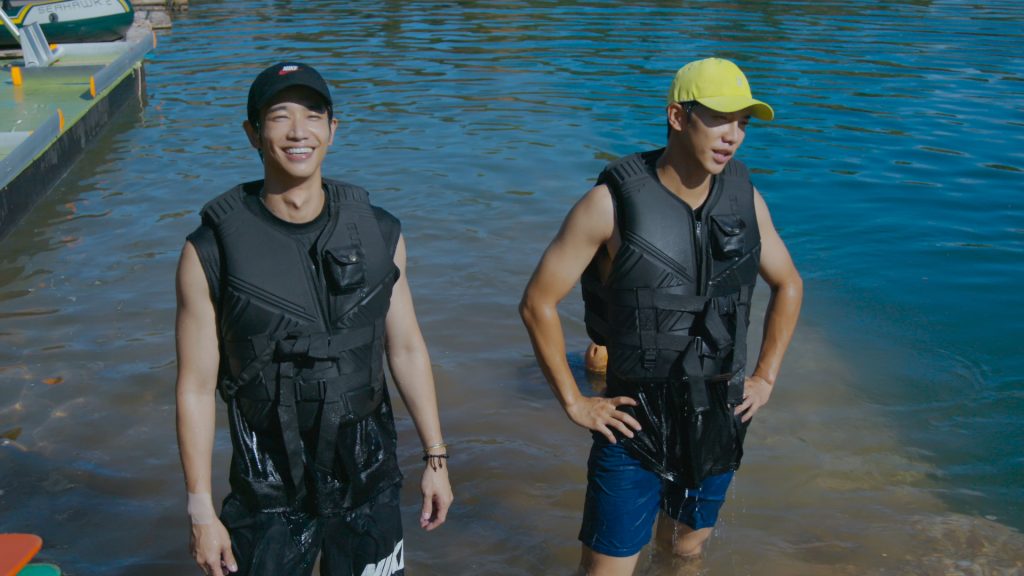