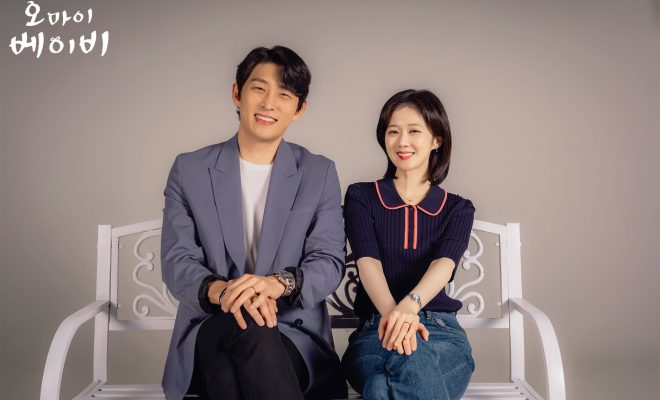 The drama did not only entertain but also gifted its viewers with valuable life lessons.

Oh My Baby has ended its run. While it may not be a perfect drama, it has certainly left its mark. The drama showcased the challenges and concerns, both faced by men and women, on certain issues that are known but seldom talked about. It highlighted how certain societal norms make it more difficult for women but despite that we thrived. 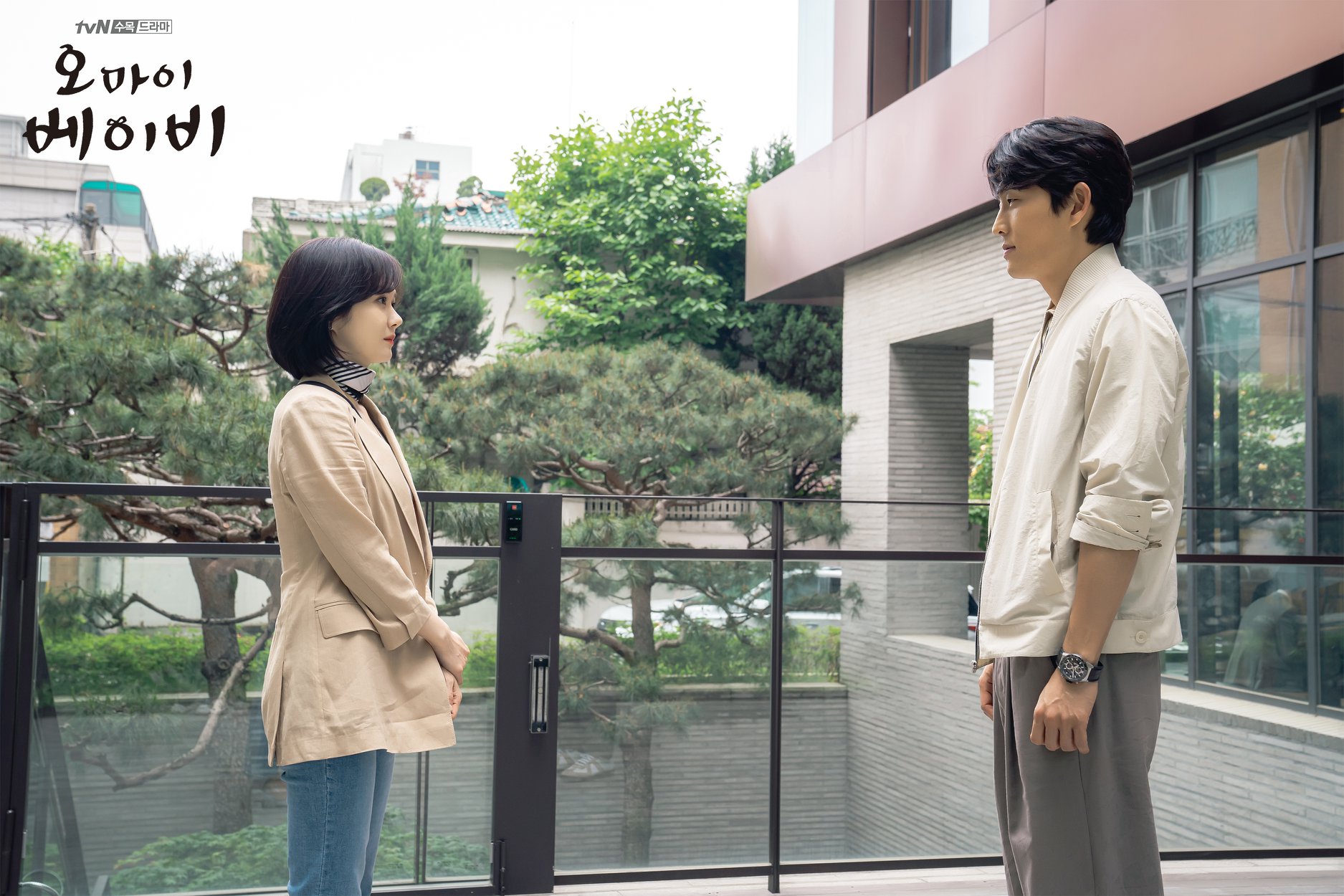 The episodes made us feel emotional and sympathetic. It opened our eyes to different perspectives which made us realize that life, despite its difficulties, has so much more to offer. Read on as we listed down some of the things we learned from this inspiring drama.

Oh My Baby says love is a leap of faith.

Ha Ri and Yi Sang taught us to believe that though it is not going to be easy, being with someone you love is worth all the adversities. The thought may sound archaic or somewhat cliched – but still so true. In loving someone, a lot of things could happen and not all of it are happy ones. More often than not, couples may encounter something that would challenge the relationship. That is okay, for love is a leap of faith. 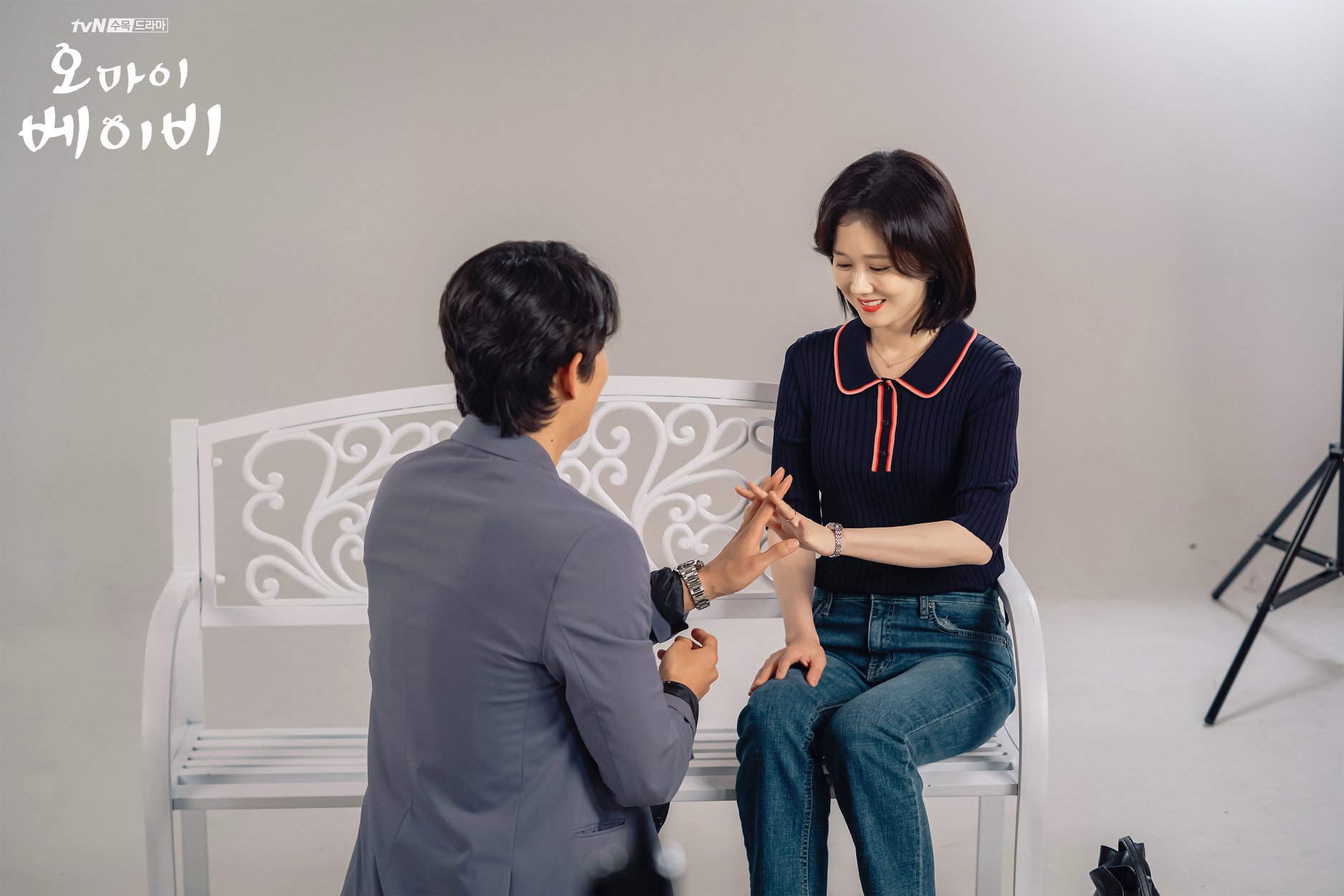 In Oh My Baby, Ha Ri came to accept that they won’t be happy all the time and that they may face problems along the way, but at least they go through it together. Oftentimes, people are hesitant to take things to the next level mostly because they are afraid of things that are yet to happen. While it is understandable to fear the unknown, being aware and prepared to face it with someone you trust, and love make it all bearable.

The drama says parenthood has no license.

“Parents have kids because they want to. No baby is born out of their own will. Do you think I gave birth to you because you begged me to? What kind of nonsense are you talking about? You don’t study and take tests to become a mother. You become a mother after you gave birth. There is no license for that. Don’t say you are not qualified.” – Lee Ok Ran (Oh My Baby) 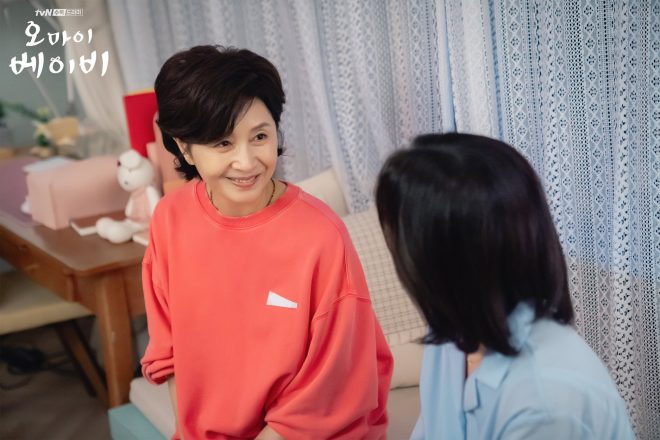 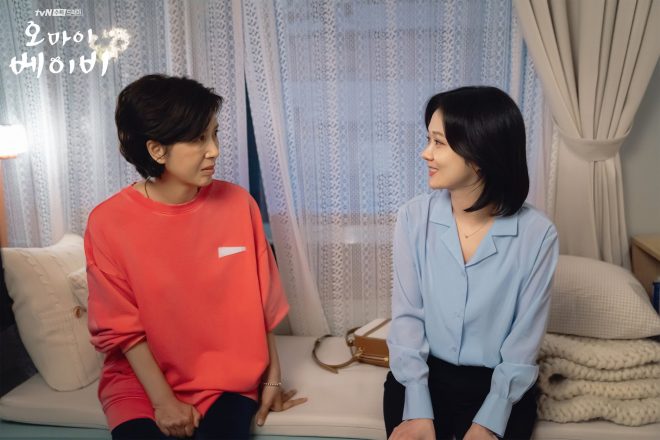 Jang Ha Ri’s mom spoke these words when her plans to search for a sperm donor got exposed. Ha Ri was feeling stupid and scolding herself for even coming up with the decision. Mom’s words were impactful and very true. No amount of preparation can fully equip you once you decide to become a parent to a child. You learn as you go, and that is the best training possible.

Oh My Baby wants us to communicate and be honest

As much as we find it hard, we could avoid so much hurt and pain if we muster the courage to be truthful. Just like any other relationships, Ha Ri and Yi Sang faced obstacles. They got through it by communicating and being honest with each other. It was not like it at first as Yi Sang was hesitant to tell Ha Ri of his own health condition. The moment he opened up to Ha Ri about it, not only did he showed his trust, he also gave her the chance to decide for herself. 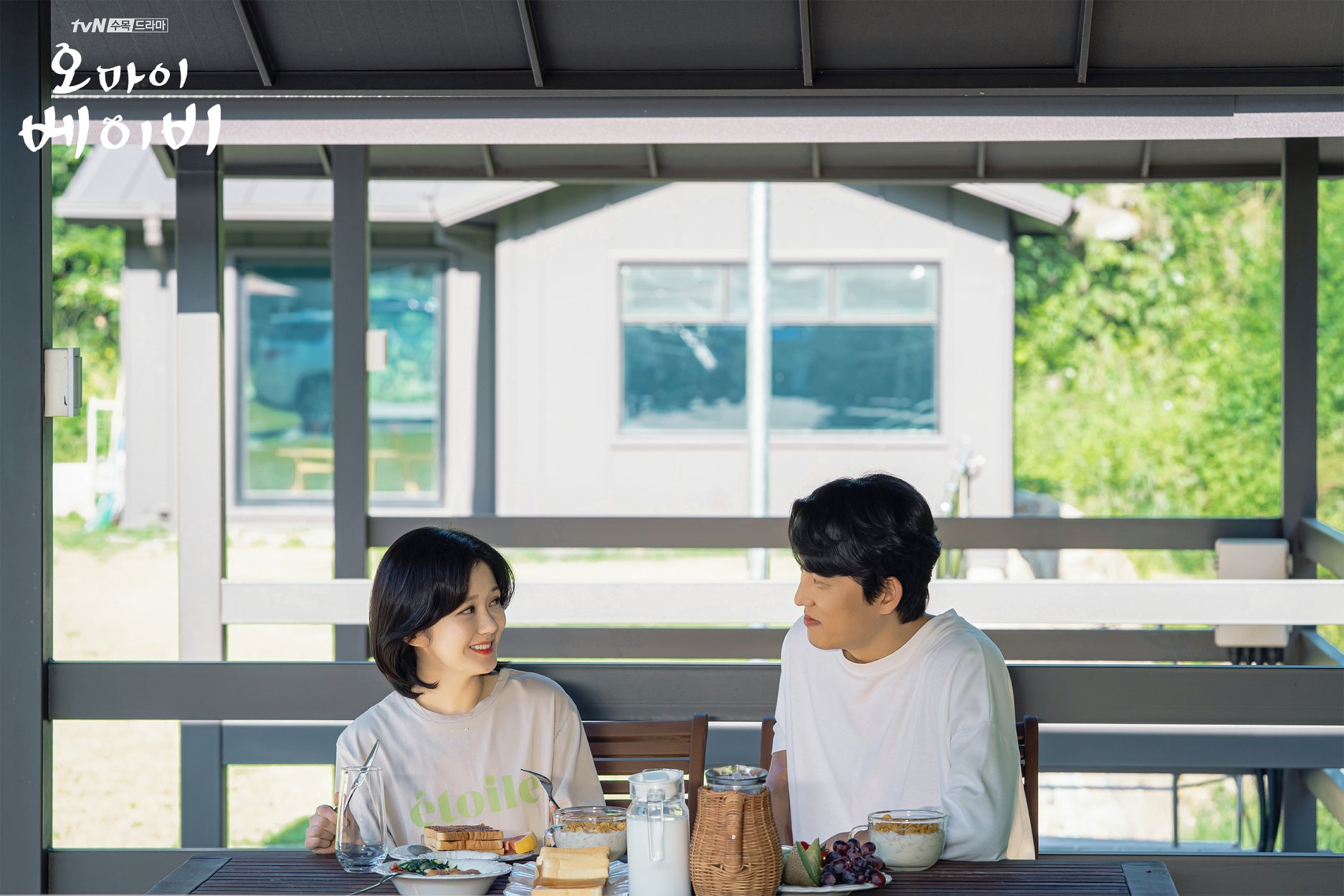 Humans have this tendency to keep things secret and justifying such action by saying it is for the other’s benefit. However, this kind of thinking can only cultivate mistrust and cause pain to the very person you are trying to protect. Yes, truth hurts but not knowing something that concerns you and is deliberately hidden from you is far more painful to bear. At least by having the knowledge, you can come up with a way to deal with it the best way you can.

The series tells us that life offers no go-backs only do-overs.

Regret, no matter how much we try not to have one, is a part of life. As human beings we are given the capability to make decisions. In doing so, our actions and inaction may have resulted in mistakes that later on would bite us back. In the case of Yoon Jae Young, he belatedly realized his feelings for Ha Ri.

After all they have been through, he only got in touch with those emotions when one of their friends bluntly told him about the pain Ha Ri felt when he decided to throw away their friendship for the woman he loved and eventually married. 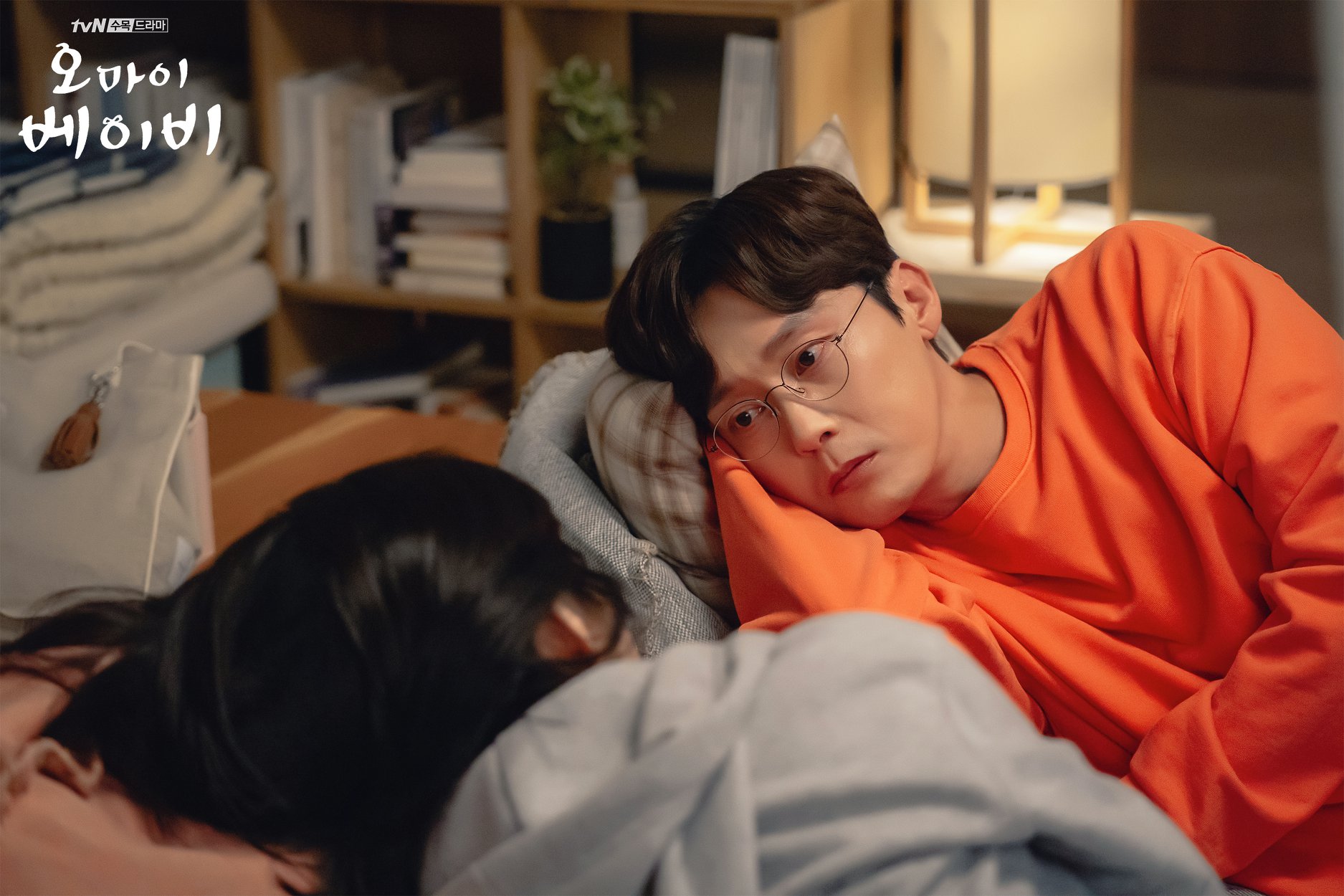 However it was already too late and despite all his efforts, Ha Ri could no longer reciprocate his feelings. Their friendship definitely took a hit and they were not the same for quite some time. The best thing that came out of it was Jae Young became aware he can be more than what he was and that made him a better person, friend and father.

We cannot turn back the hands of time to get back to the moments we missed and correct the things we did wrong. The best we can do is accept the current situation that resulted from that action. We can always start over and hope for better things to come our way.

Oh My Baby wants you to know you matter and always deserve better.

Ha Ri has always given more than 100 percent effort to her work and loved ones. It is admirable to be that kind of person but in doing so she put herself last. Probably one of the best moments in Oh My Baby was the conversation between Ha Ri and Jae Young inside their favorite tripe restaurant. Jae Young said to Ha Ri that it was time for her to focus on herself as she tends to give her all in the things she does. He said to her that while it is okay to devote her everything to the person she loves, she must not forget about her for she deserves better. 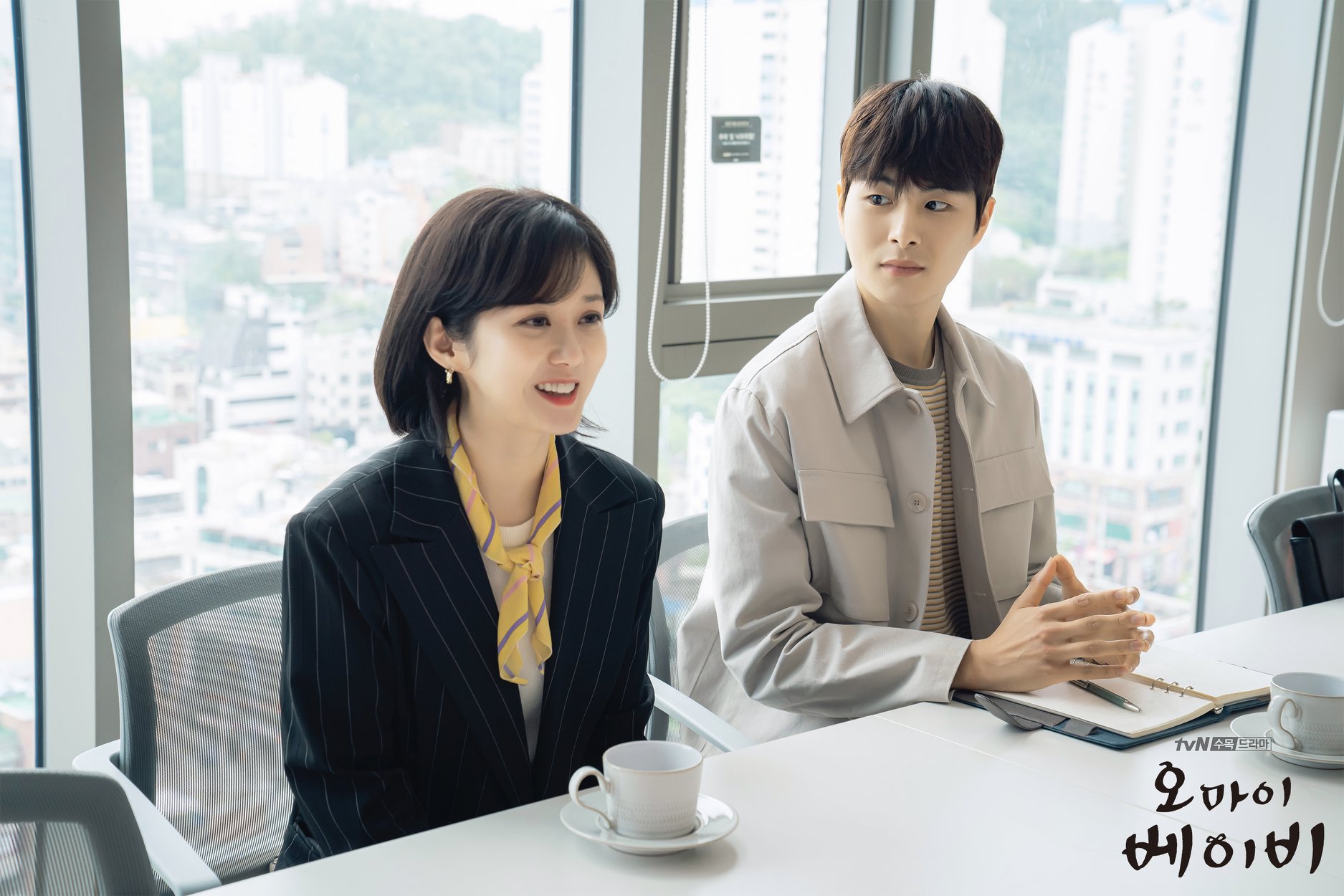 We can be all like Ha Ri when it comes to relationship and career, giving everything we can to the person we love and our job that we sometimes overlook ourselves. We need to step back and find time to pay attention to our own well-being. As we sail through life, we will know that our jobs and relationships do not always last. So take care of yourself because at the end of the day it is you who remains.

Oh My Baby encourages us to act and stand up for our self.

One of the things I love about Jang Ha Ri is that she knows what she wants. She will do everything she can to achieve it. Whether it is about her career or personal life, she stands her ground firmly when she knows she is within her rights to do so. She still tried her best eve if she did not always get the result she wanted. Being a woman puts her on a defensive position. She has to prove and justify she deserves her rank in the company. It was exhausting and we all could relate to it. It was also fascinating to see her fought her way through and won some of her battles. 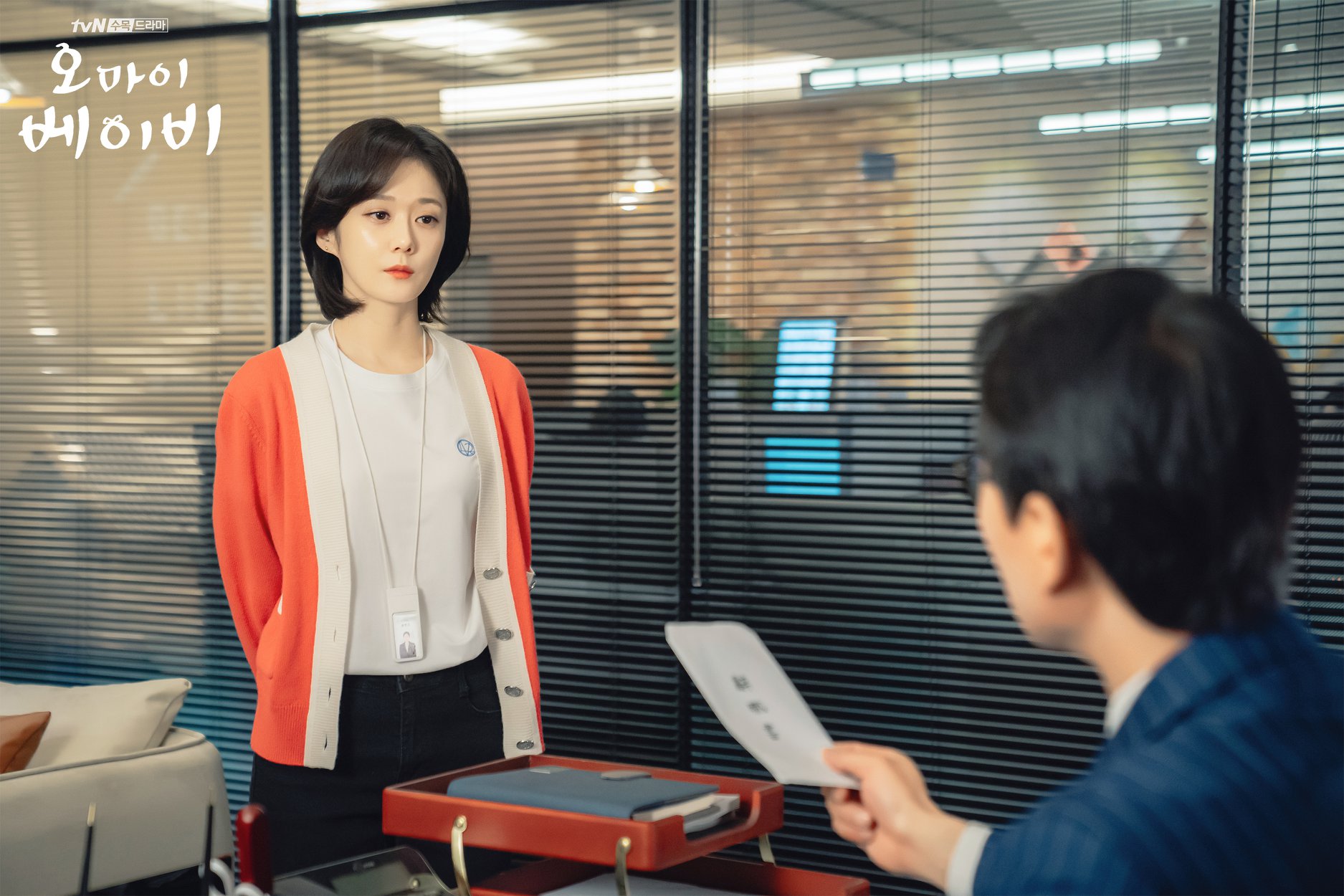 Ha Ri just taught us not to be a pushover. We will encounter people and be in situations we need to assert our opinion. So long as you know you have a reason to, don’t hesitate to let people know. You may be proven wrong, but at least you did not let others decide for you.

Oh My Baby urges us to be in charge of our own happiness.

Some people say that happiness is relative, well it really doesn’t have to be. In Oh My Baby, Ha Ri is a successful career woman. She is from a good family and she has trusted friends. Ha Ri has the life most people dreamed of. Yet there is one thing she longed for – a child of her own. She did everything she could to make it happen to the point that it almost put her relationship with Yi Sang in jeopardy. Fortunately, they realized they could be happy by being together. 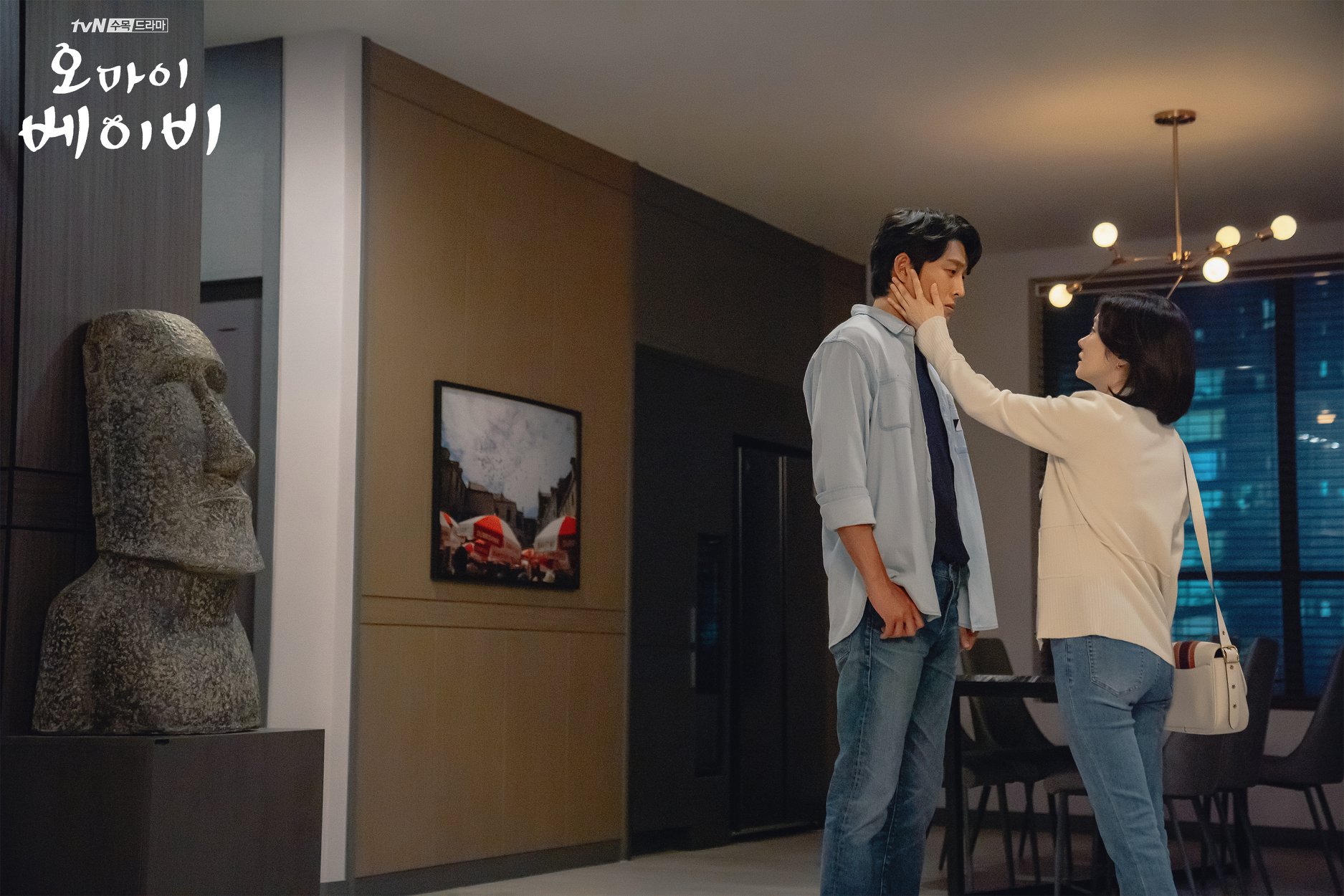 We don’t need to have what others have to be happy. Our happiness should come from the things we already have. It may not be ideal, the situation you are in, but at least it is of your own doing. As Rabbi Hyman Schachtel said, “Happiness is not having what you want. It is wanting what you have.”

Oh My Baby shows us that life is full of hardships, but miracles do happen.

We already know that life will throw us curve balls that will frustrate us. It will challenge our beliefs and make things hard. But whatever it is that life hurls our way, we can’t deny that it makes for a worthy and exciting existence. Also, we can expect that after all the obstacles, miracles eventually find our way. 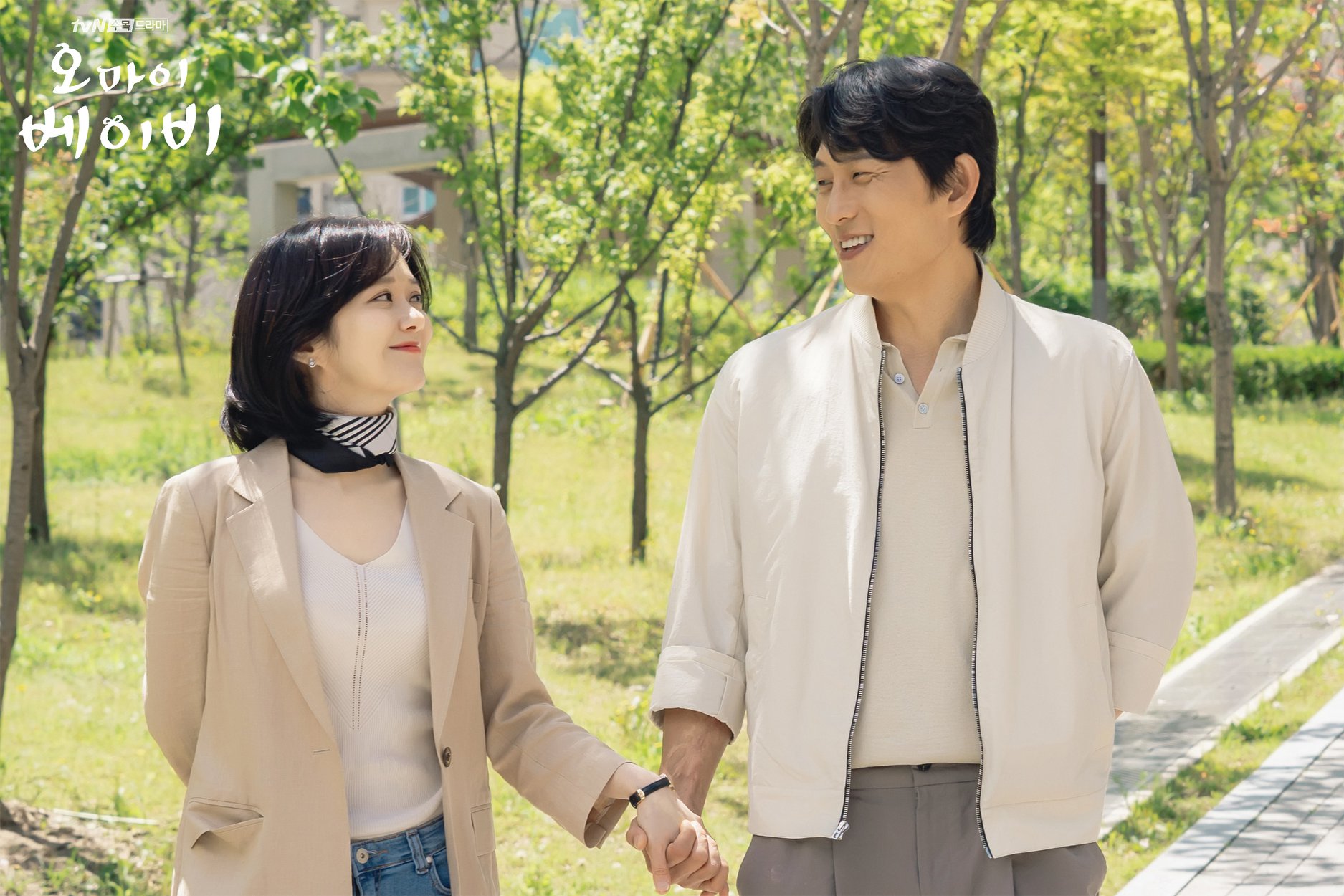 Ha Ri and Yi Sang came to terms that a baby may not be in their future. So they decided to live happily just the two of them. It was not without shedding a few tears and hurting each other along the way, but they did have their miracle in the end.

Oh My Baby just reiterated that life is what we make it. It may not be perfect and the one you always dreamed of, but it is yours.

Hellokpop, as an independent Korean entertainment news website (without influence from any agency or corporation), we need your support! If you have enjoyed our work, consider to support us with a one-time or recurring donation from as low as US$5 to keep our site going! Donate securely below via Stripe, Paypal, Apple Pay or Google Wallet.
FacebookTwitter
SubscribeGoogleWhatsappPinterestDiggRedditStumbleuponVkWeiboPocketTumblrMailMeneameOdnoklassniki
Related ItemsGo JoonJang na raK-Drama Oh My Baby
← Previous Story Mnet’s “I-LAND” Episode 3 Tests The Trainees On Their Teamwork As They Perform “Fire” By BTS
Next Story → Taeyong Shares Candid Thoughts On Being The Leader Of NCT 127