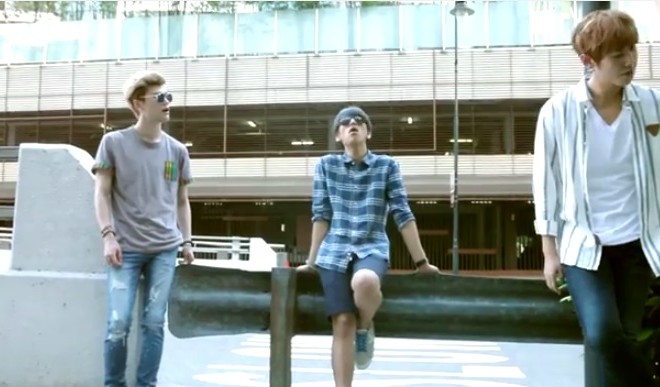 9 LUNAFLY Covers That Will Make You Fall In Love

Three member boy group LUNAFLY is not just known with their handsome features and English skills, Teo, Sam and Yun can also make you fall in love with their superb vocals and instrumental skills.

Since their debut LUNAFLY has brought us awesome music and heart fluttering songs. Here are 9 music covers that will bound you to fall in love with their smooth and sweet vocals:

1. All of Me by John Legend

The song itself is enough to make you fall in love but hearing the boys of LUNAFLY serenading you with this song can definitely win a girl’s heart.

It is known to fans that LUNAFLY’s youngest member Teo has awesome piano skills. However, that is not the only thing that Teo can offer, his very own rendition of James Arthur‘s Impossible is bound to make you head over heels to this boy.

The sound of the waves probably adds romance to this cover.  Sam’s husky voice highlighted the song’s longing for someone that he loves. This slow ballad is perfect for a gloomy night but LUNAFLY’s charm is just enough to fight that gloominess.

We know that this song is heart-breaking yet this rendition of LUNAFLY is just enough to turn that downward frown to a smile. Yun’s guitar’s skills is also bound to make you dream about him. Sam’s delicate voice and Teo’s harmonious voice would really make you say “I want someone like you, Yun, Sam and Teo.”

5. When I was your Man by Bruno Mars

If any of my ex-boyfriends asked LUNAFLY to sing this song to me, I would go back to him without a second thought. I would forgive him not because he said sorry but how LUNAFLY delivers their regrets in this song. Now thinking about it, I might as well not go back to him but to wish that one from these three awesome boys will be my man.

6.  Heart Attack by One Direction

The way they arranged this song is awesome already, however the awesomeness of this song didn’t stop there. Beside from the beautiful voices they elude, this cover is also pack with cuteness. Listening to this might really give you a heart attack, don’t tell me I didn’t warn you!

This cover of LUNAFLY is one of my personal favorite, the rhythm fit the boys’ husky voices. The way they arranged the song turns it into a new song that is different from the original one.

Another breathtaking cover accompanied by a beautiful view can be seen to this video. The fast tempo of the song is so calming that you would listen to this again and again before you go to work. LUNAFLY’s delicate yet husky voice complements the string accompaniment of the song.

Who said LUNAFLY could only cover English songs? Listen to this rendition and don’t tell me that you didn’t applaud them in the first 10 seconds of the song.

LUNAFLY’s musicality is not just limited with the languages they speak, they expand their knowledge by trying out songs in a language that they can’t actually speak. Another heart fluttering cover brought to us by these three musically talented boys.

So which one is your favorite? There’s a lot more covers from LUNAFLY on their official YouTube channel, make sure to check them out.

Do you have a song in mind that you wish they will go ahead and cover? Let us know about it!