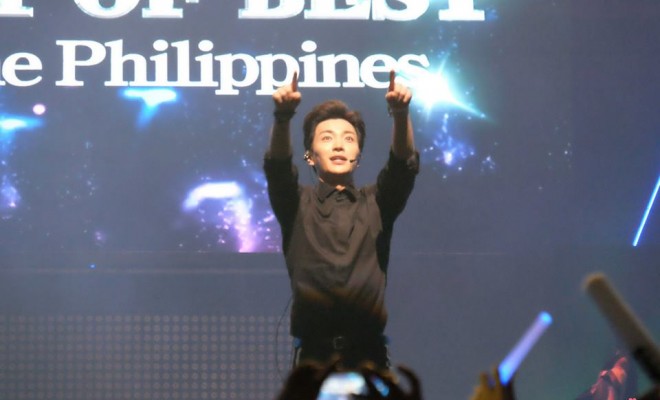 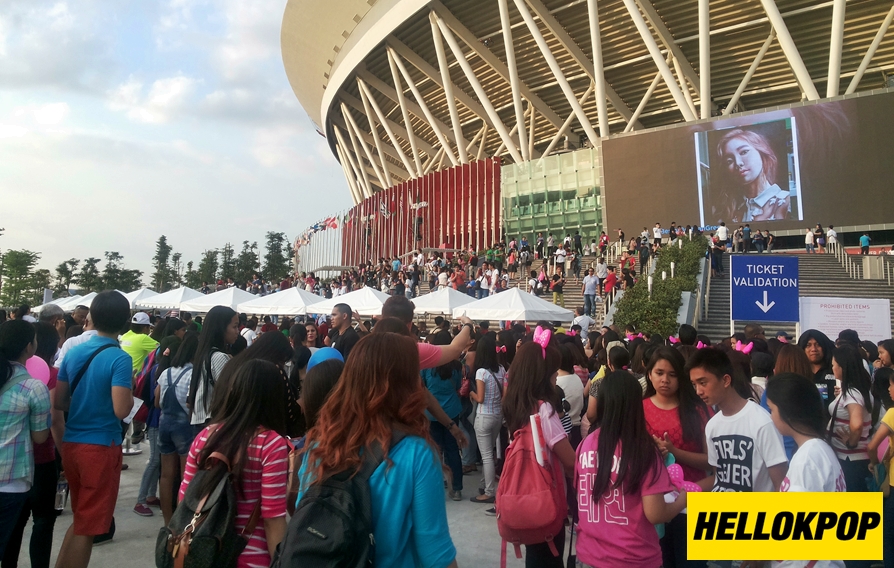 The crowd started gathering from all parts of the country to see the two household names, Super Junior and Girls’ Generation, along with two rising Kpop groups Red Velvet and Born To Beat. Pre-concert events like GLOBE Kpop Studio and an extension of KPOP Summer Solstice, started at 1pm to accommodate fans who gathered earlier to prepare their fan projects and cheering goods for the concert.

Under the tremendous heat of the sun, the fans were all the more ecstatic to wait for the gates to open at around 5pm. 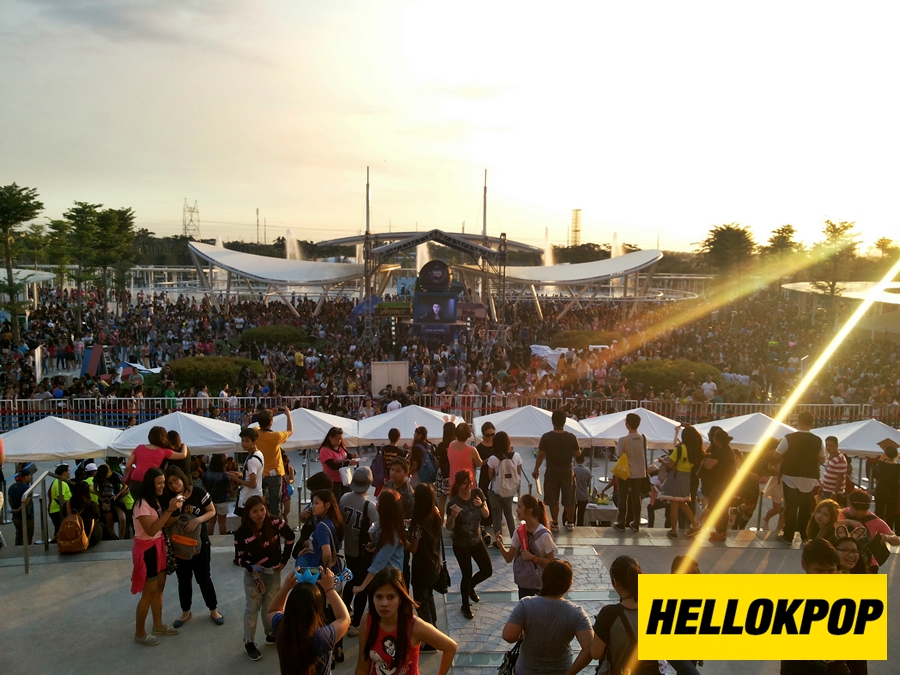 Below is a list of the most memorable moments from the concert as we look back on our #BestofBestPH2015 experience: 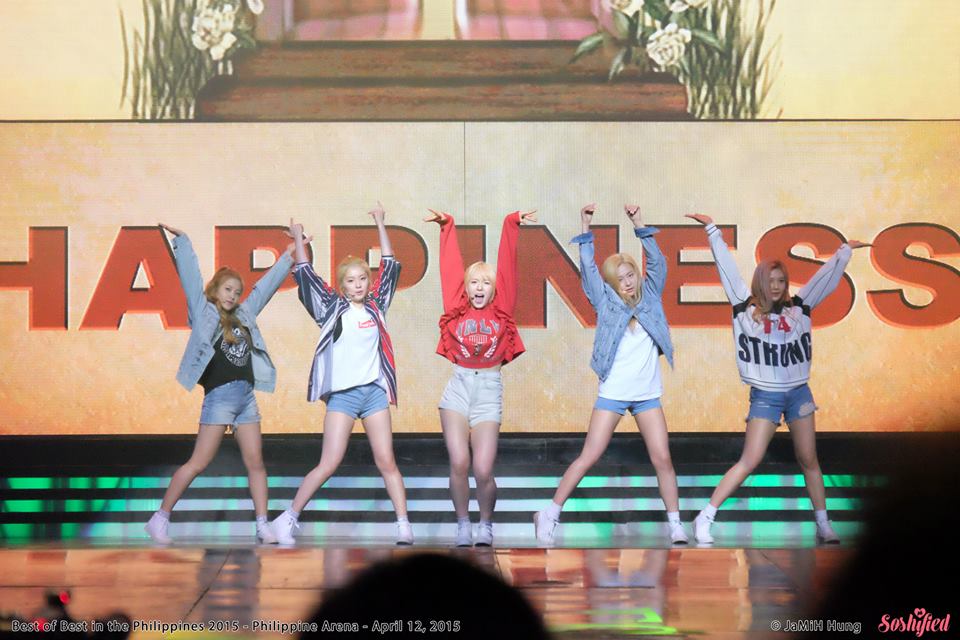 The only group from the line-up in Best of Best PH Concert which met the Filipinos for the first time was SM Entertainment’s newest girl group, Red Velvet.

There were only four members at that time, but with the newest addition to the group since March of this year, 5th member Yeri danced to the debut song with all the other members on stage. The song became more jolly and happy with the 5th member.

2. ‘Shine on Me’ Sing-along With Wendy 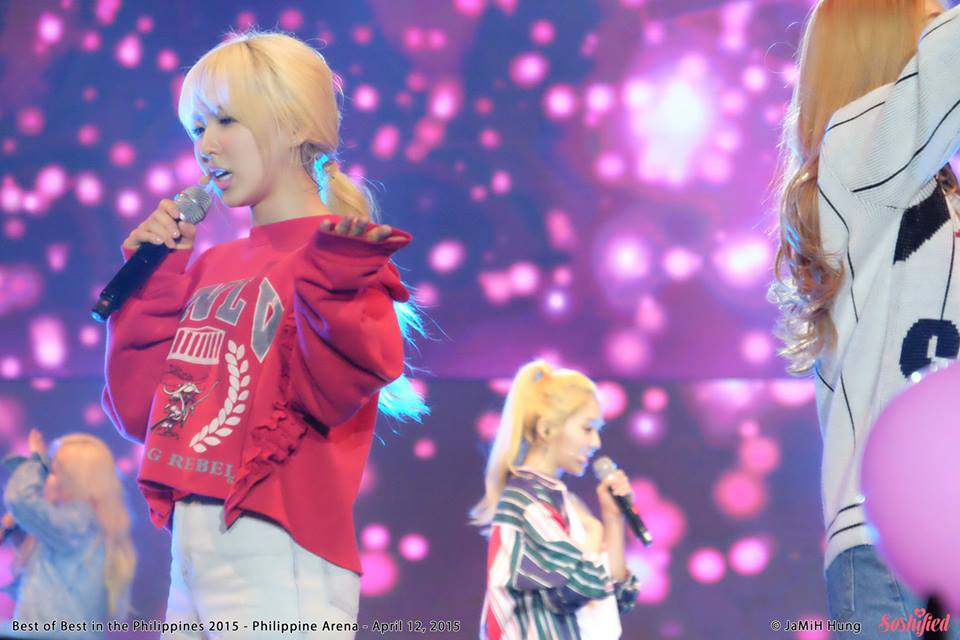 The multi-talented member of Red Velvet, Wendy, was one among the closest to the fans that night, because she was able to communicate with the audience in English.

Her high notes did not only drown out the crowds’ enthusiastic cheers, but also encouraged them to not only mumble the lyrics, but sing with her while reaching the high notes to the ‘Shine on me’ part of the song. 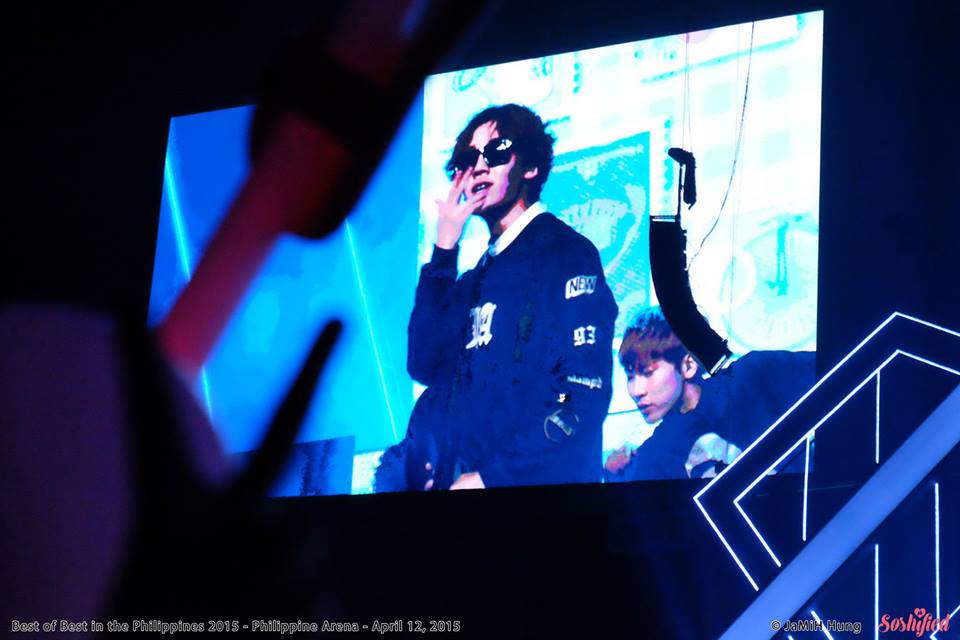 It surely wasn’t the BTOB’s first time in the Philippines as they  already wowed the crowd during the Dream Kpop Fantasy Concert 2 held last year.

So they knew well how Filipinos are vocal and loud (literally!) in showing their appreciation and anticipation to Kpop performers. Thus, they introduced themselves by leading the fans in the count of three, to “screaaaaaam.”

4. Yook Sung Jae At Your Service 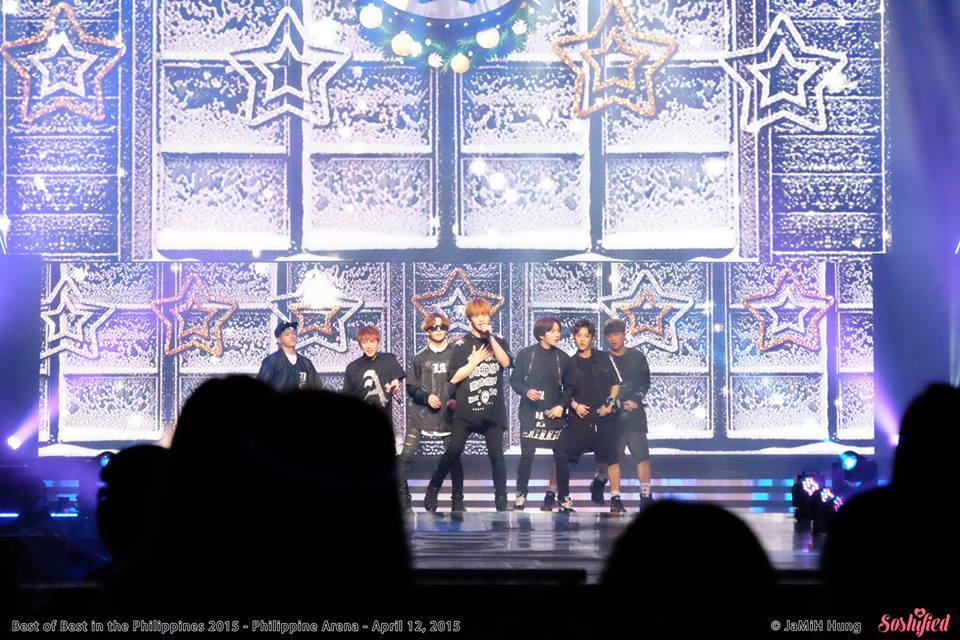 We heard that BtoB’s Yook Sung Jae spent a period of time studying English. It showed in his excitement and comfort with Filipinos: cheering for the girls and throwing hearts in the air were no problem for him.

Were you able to catch all of his winks and hearts in every performance? 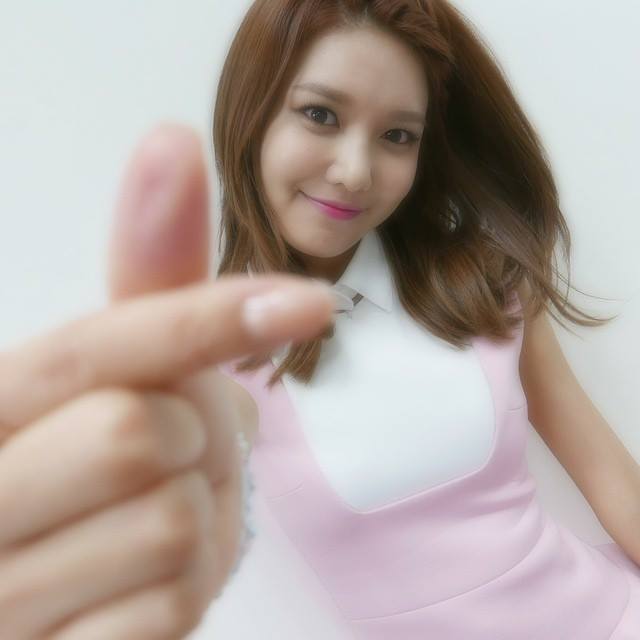 This was one of the stand-out cheering goods from the fans: a joint fan project of Soshified PH (one of the biggest fanclubs of GG in the Philippines) and YongSeo couple shippers.

At one point during the Girls’ Generation stage, they noticed and acknowledged the foam banners in the shape of small hearts and then returned the small hearts whenever they faced toward the fans.

6. Sunny Was Confused What The Next Song Was 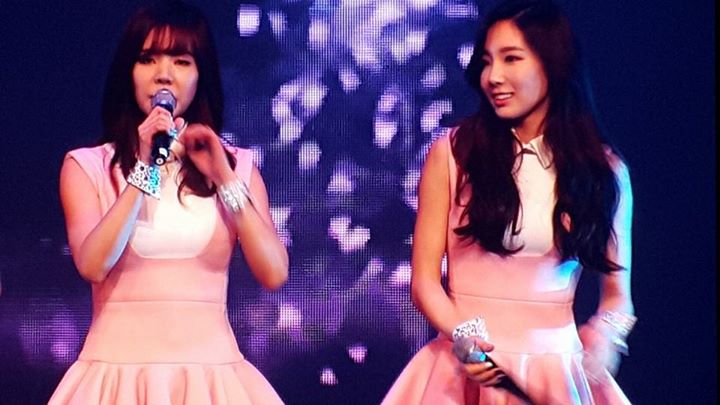 Tiffany, who speaks English, took on the role as interpreter and host for the group’s moment and teased her members by asking what song they would be performing next.

Sunny gave the most vague and ‘lost’ response, which made the other members tease her even more. Hyoyeon answered Catch Me If You Can, but their pink and white outfits didn’t seem appropriate for the dance steps so they only gave a glimpse of the choreography. 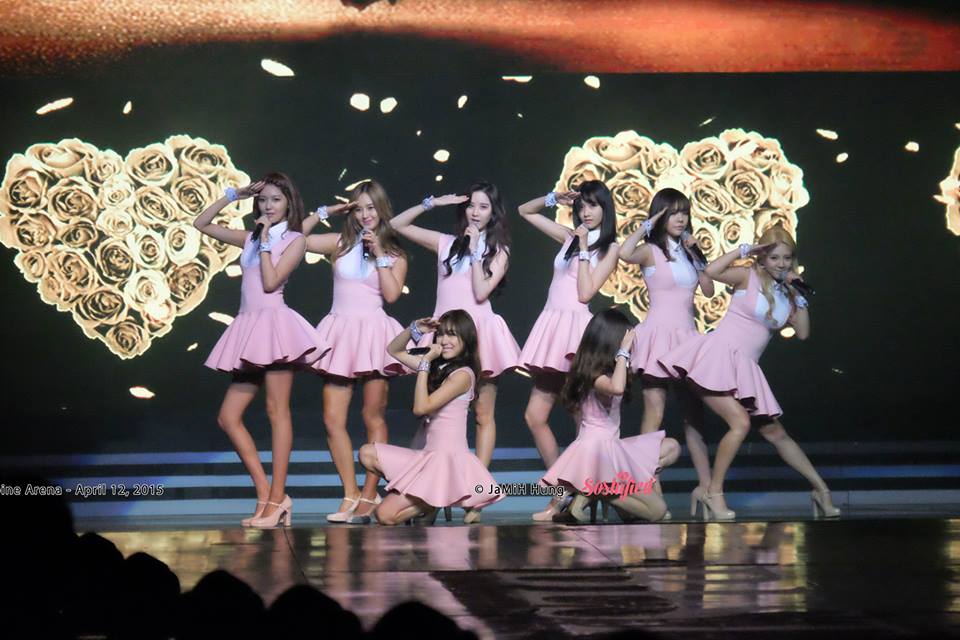 This event is Girls’ Generation’s second visit to the Philippines after the Dream Kpop Fantasy Concert in 2013 where they also shared the stage with fellow Kpop artists like EXO and Infinite.

The members kept saying ‘See you again‘ which elicited hopeful tears from their fans as they await a Girls’ Generation solo concert in the country.

Who wants a Girls’ Generation Tour in the Philippines? 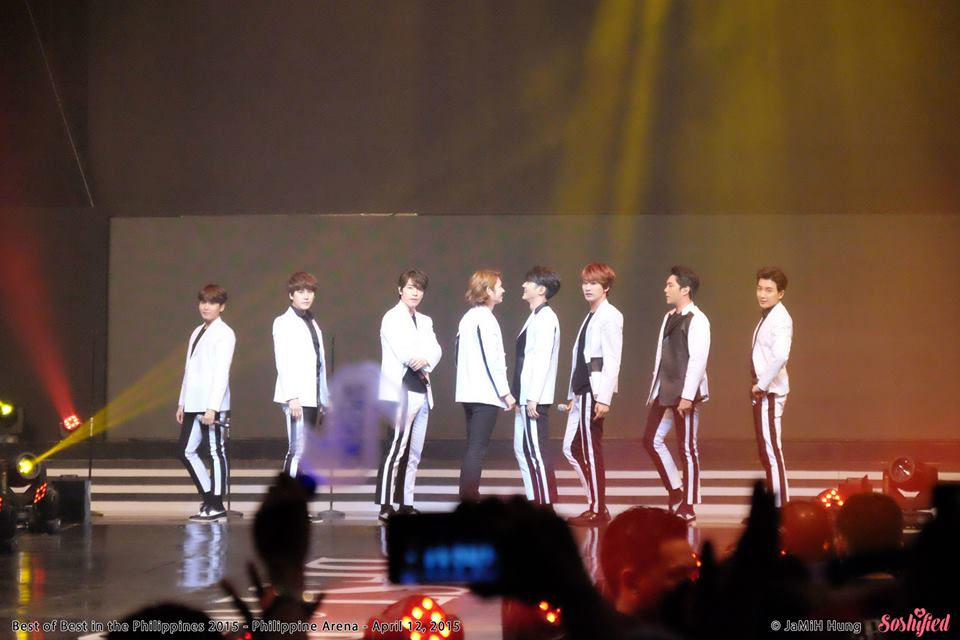 It was no contest at all when the host, Ms. Sam Oh, asked the crowd who would be the last group to take the stage for the Best of Best Kpop Concert in the Philippines.

When the eight active members of Super Junior were raised onto the platform, the crowd cheered their loudest. Obviously joined by other fandoms of BtoB, Red Velvet and Girls’ Generation, the Filipino Everlasting Friends of Super Junior were able to let the boys know that they are very much welcome (again and again) in the country. 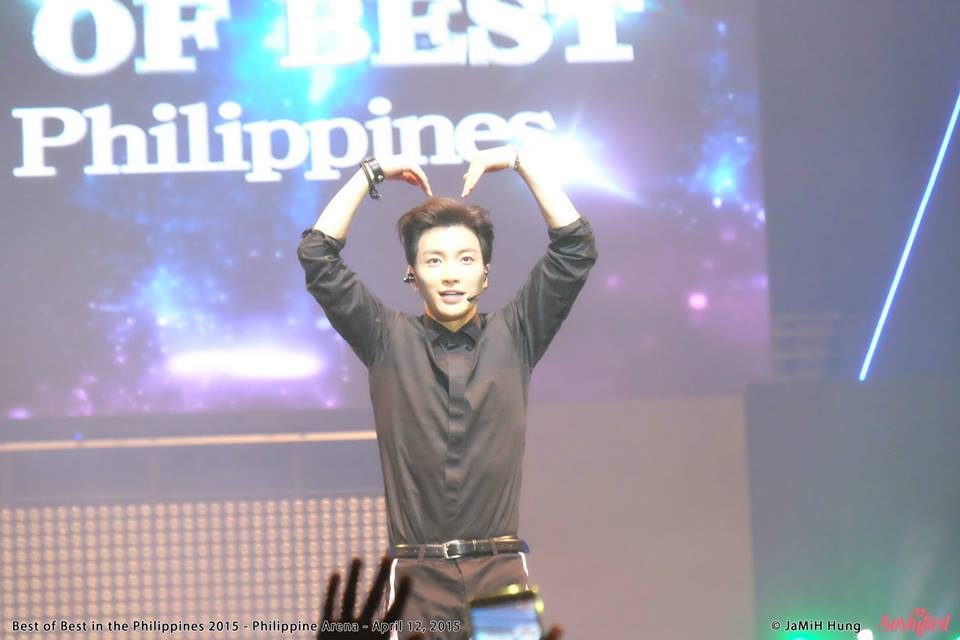 It has always been Super Junior Leeteuk’s habit to give a 90-degree bow to all members of the audience at every show. Since 2010, when Super Junior first ventured to the Philippines with Super Show 2, the members have always shown the respect and love towards the fans.

The Philippine Arena was moved to tears as the ‘angel leader’ of Super Junior gave his big hearts sign and a 90° bow to the audience in all three corners of the venue. Yes, he walked through all the three ends of the stage to extend his heartfelt gratitude for the successful show. 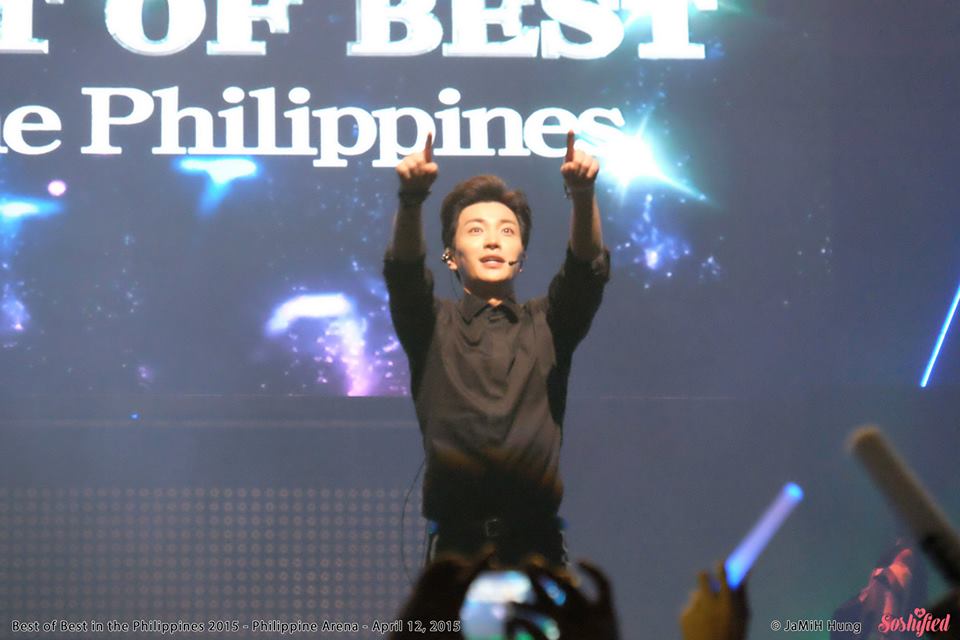 What did Leeteuk see in the audience that made him teary-eyed? Could it be the “WE WILL NEVER LEAVE” banner from the Super Junior fans? 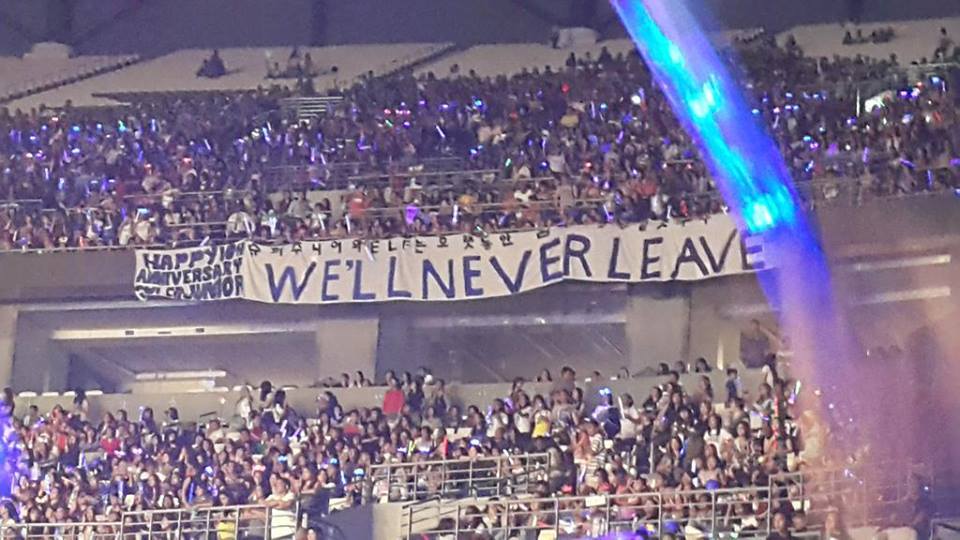 The Best of Best Kpop Concert is a concert brand that was already successful in their tours in Nanjing, Guanzhou, Taipei, Hongkong and Jakarta. Just by the name of the show, it promises to bring ‘the best of the best’ acts in Kpop to every country they visit.

The whole concert was an unforgettable experience, but we wanted to remind you of some moments that stood out from the rest; those that swept the audiences off their feet. As to remind you why you should watch out for more Kpop concerts in the Philippines.

We would like to thank Ms. Eizel Nocom of Indie Events for inviting us to the show and Mr. Jan Hung for the concert photos.