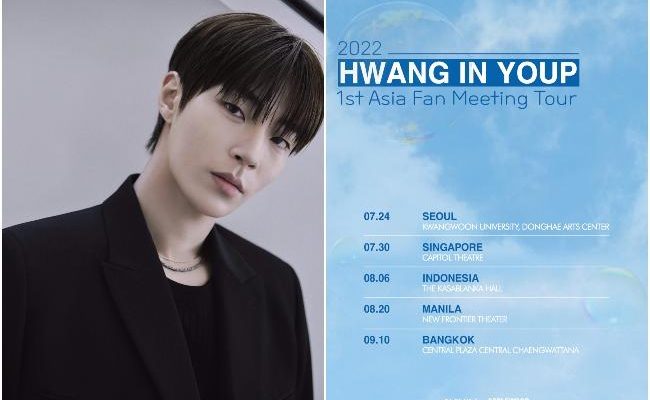 Prepare for some heart flutters to be delivered by Hwang In Youp in his upcoming fanmeeting tour!

Scheduled to visit five cities in Asia, Applewood Korea announced the talented actor is all set to meet his fans from July to September.

From South Korea, Hwang In Youp will visit his supporters in Singapore, Indonesia, Manila and Bangkok.

The dashing actor will kick off his first Asia fanmeeting tour on July 24 in Seoul. Then, he will greet fans in Singapore on July 30.

On August 6 and August 20, he will convene with fans in Indonesia and Manila respectively.

Finally, he will cap off the tour on September 10 in Bangkok. Chameleon and Charming Hwang In Youp

Debuted as an actor in 2018 for the web series, Why, Hwang In Youp has since carved his presence as a bankable and versatile actor.

His supporting roles in The Tale of Nokdu, 18 Again and True Beauty have pushed his popularity for good reasons.

Giving life to interesting characters that linger, the actor has continuously bolstered his acting range.

Impressively, he secured two leading roles this year for The Sound of Magic and Why Her. Thus, further proving his rise as one of the next-generation actors to look forward to.

Seal your schedule to be part of Hwang In Youp 1st Asia Fanmeeting Tour! Watch out for local announcements of event promoters in the respective city stops of the tour.