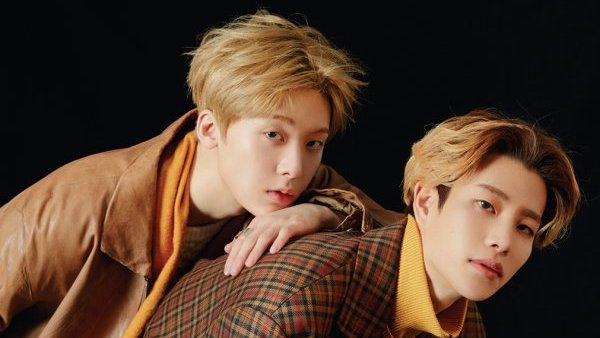 The maknae and fake maknae of ASTRO had stunned fans with their charms in a photoshoot with just the two of them!

MJ and Sanha, the eldest and youngest members of ASTRO, had posed together in this warm photoshoot they recently had for Marie Claire’s January 2020 issue! 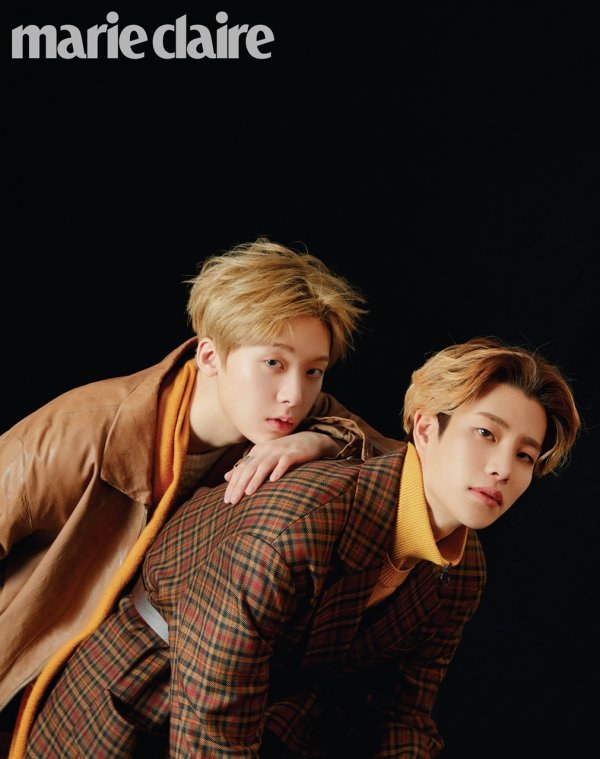 In the interview accompanying their pictorial, the two ASTRO members described each other well in a way that perfectly showed their adorable brotherhood.

“Sanha is the youngest member, but he’s not the type to make you worry. He does his best to do what’s needed from him and he does his part. He always works very hard, so we’re always very proud of him,” MJ praised like a true big brother.

“We think he learned from watching the other group members,” he also said about their maknae who then playfully quipped that the singer is “basically complimenting himself.”

As for his description of MJ, Sanha said, “MJ is the oldest member. We’re six years apart, but he always treats me like a friend, which I’m thankful for. I don’t know where his energy comes from at the age of 26, but he always takes on the role of raising the group’s mood.” 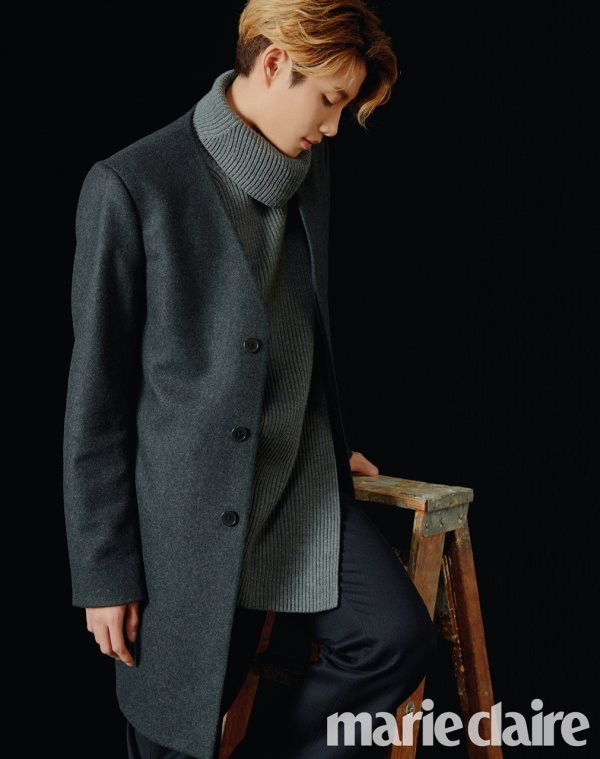 “We keep playing or teasing each other. There’s no time to be bored with Sanha,” he also said when asked about how the dynamics are between just the two of them. “Although sometimes, when pranks get too far, we end up fighting with each other too,” Sanha shared as well. 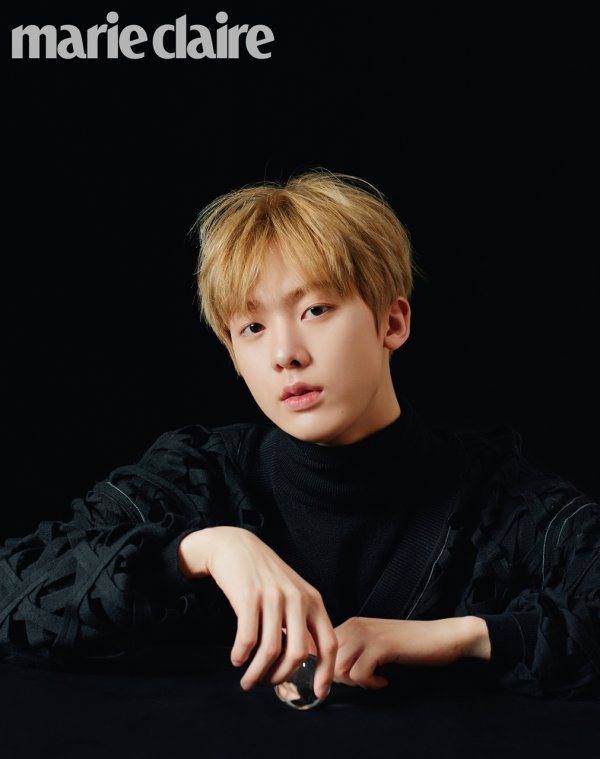 Besides having the same cell phone model as mentioned by MJ, the two also revealed that they are both seen as mood makers of their team. Moreover, they also share the same taste in music, adding that they really like calm and emotional ballads.

On the contrary, they mentioned the factor of “generation gap” as something that sets differences between them. “There are often kinds of snacks, cartoons, and music I enjoyed as a child, but they rarely overlap with Sanha,” MJ said, and Sanha recounted a time when he asked MJ what song he was singing during rehearsals because he did not recognize it, as it was an old song. “There are some old songs that I first learned through my brother,” Sanha siad about MJ.

As for their personal goals this 2020, Sanha shared, “I wanted to master a foreign language this year but I wasn’t able to so I want to do it in 2020. As for a goal for our group, I want ASTRO to become more famous. I’m going to work hard with that in mind because we have a long way to go.” 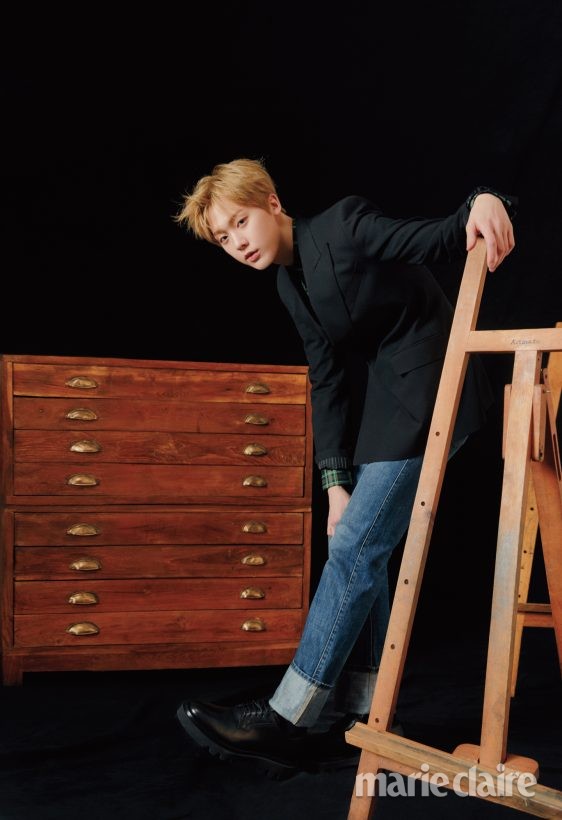 “My personal goal is to get six-pack abs,” MJ then said, which his younger groupmate retorted with, “But you don’t even try.”

“That’s not true. I diet whenever we’re promoting, but it’s hard,” MJ then said in defense, revealing afterwards that his goal for the group is to hold a concert more than once a year because “so far, we’ve only done one concert per year. In 2020, I want us to do one in the summer, and one in the winter too,” he shared. 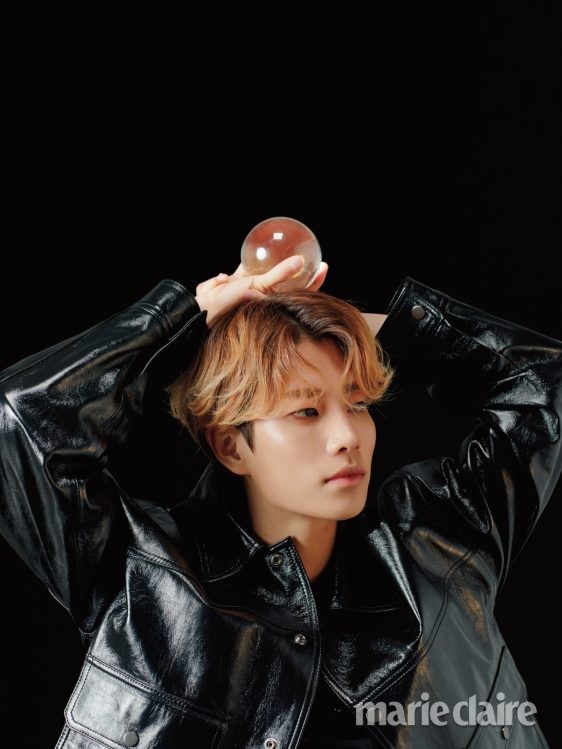 Meanwhile, more photos of ASTRO’s MJ and Sanha will be released in the January 2020 issue of Marie Claire.

61
SHARES
FacebookTwitter
SubscribeGoogleWhatsappPinterestDiggRedditStumbleuponVkWeiboPocketTumblrMailMeneameOdnoklassniki
Related ItemsastroMJSanha
← Previous Story Editor’s Note: A Look Back At The Notable Moments Of 2019 Korean Dramas
Next Story → DAY6 Grants Fan With Leukemia’s Dream Of Meeting Them Through Make-A-Wish Korea