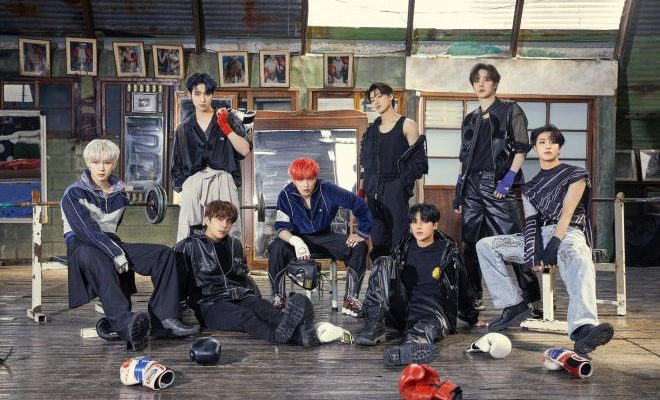 By Kirsten | May 18, 2022
43
SHARES
FacebookTwitter
SubscribeGoogleWhatsappPinterestDiggRedditStumbleuponVkWeiboPocketTumblrMailMeneameOdnoklassniki

ATEEZ packs a punch in their newest music video, “ROCKY (Boxers Ver.)”, as part of their Japanese comeback.

ATEEZ enthralled fans by making their gritty return during their brand new music video, “ROCKY (Boxers Ver.)”. The Japanese version of the fan-favorite track delivered ATEEZ’s signature fierceness while its accompanying video added yet another project to ATEEZ’s impressive roster of releases this year. 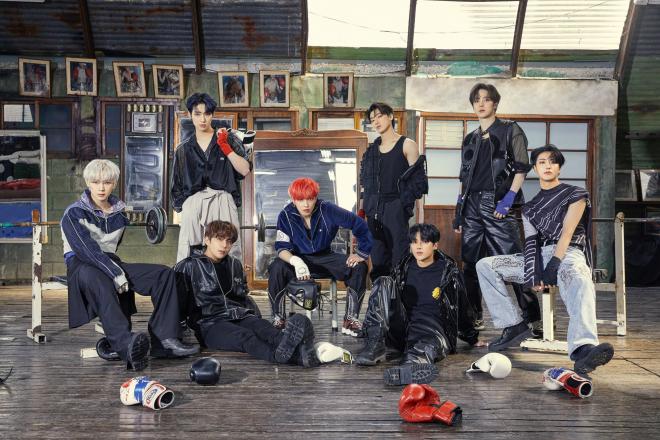 Ahead of their second Japanese mini-album release on May 25, the group revealed the official music video for its title track.

During the music video, the members embody the boxing champions that the envigorating anthem references. The reigning track cites the boxing protagonist of the Rocky films, drawing on his story of overcoming all challenges. With lyrics such as “It ain’t over never die/ Move even more/ Won’t ever fall/ Without hesitation, let’s dance”, and “We’re never gonna give up”, the song is an uplifting dedication to ATEEZ’s ambition and fighting spirit, while a source of inspiration for fans.

First released as part of ATEEZ’s mini-album, ZERO:FEVER Part 3, the song quickly rose as one of ATINYs favorite songs due to its encouraging lyrics, which embodies ATEEZ’s unique grit as a whole.

Now, the track finds new life in its Japanese version for their upcoming Japanese mini-album, BEYOND: ZERO. While extending the raging charisma of the original track, “ROCKY (Bockers Ver.)” highlights its tenacious lyrics with a steely guitar rift, bolstering its rock sound.

Moreover, its accompanying music video is evidence of ATEEZ’s unmatched concept digestion and acting skills. Despite being one of the group’s less narrative-heavy videos, the members keep fans bewitched by the power of their performance skills and on-screen presence. ATEEZ exudes confidence, matching the self-assured message of the song.

Meanwhile, ATEEZ will make their Japanese comeback with their mini-album, BEYOND: ZERO on May 25.