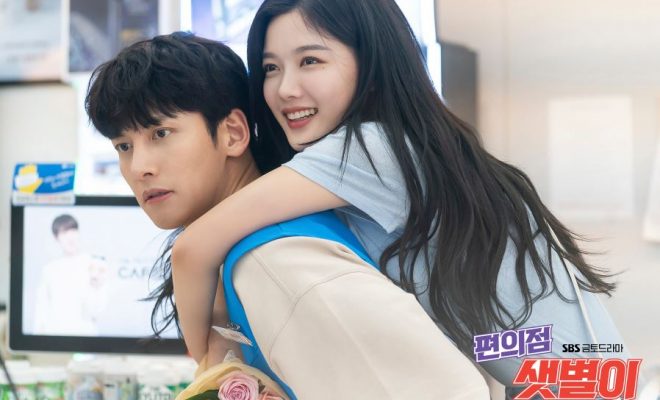 Backstreet Rookie shoots “love triangle war” in its latest episode as the hero of the story finds himself in the middle of understanding the growing animosity between his girlfriend and part-timer.

Ji Chang Wook, Kim Yoo Jung and Han Sun Hwa have set the love conflict rolling for Backstreet Rookie. In the right corner, the self-centered Yeon Joo confidently puts up her “I’m the girlfriend” stand. In the left corner, Saet Byul wagers her “I’m the woman who deserves his love” banner. The dice is rolled, cast your votes now! *wink 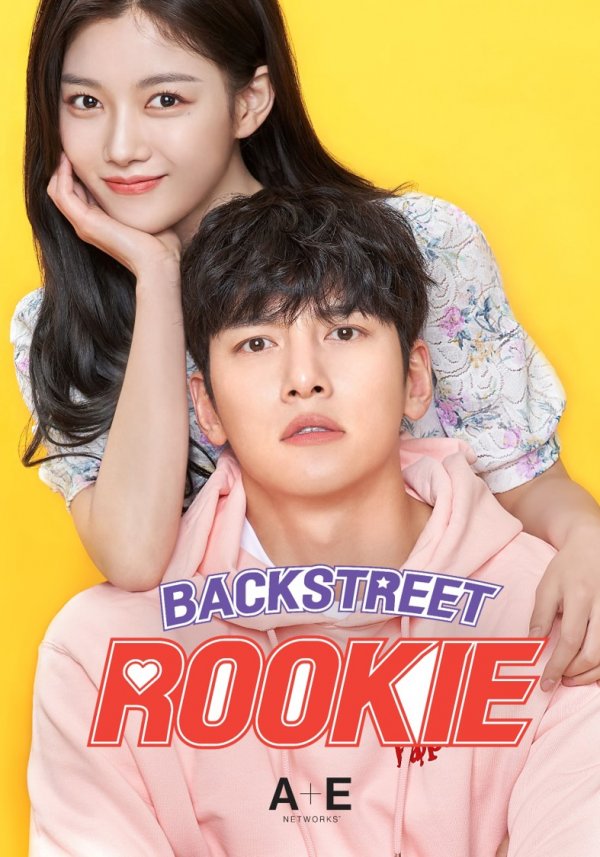 Upon reaching the gate of Yeon Joo’s home, she blurts about her frustration and demands Dae Hyun to do something about Saet Byul. Rebutting she told him to be nice to her, and he already made a promise to keep her, Yeon Joo runs down all selfish reasons she could think of.

Dae Hyun apologizes for the bad memory he caused when he just only want to reminisce the good times they shared before. But Yeon Joo responds by walking away from him.

Mulling over the talk he had with Yeon Joo, Dae Hyun passes by the spot in the neighborhood where he first met Saet Byul and her friends. He contemplates whether time did not change his part-timer’s old ways. His pre-conceived notions escalate when Dal Shik confessed about seeing Saet Byul beat up the neighborhood slackers.

Saet Byul wakes up remembering how Dae Hyun misjudged her again, but forgot her quick reunion with a celebrity friend. Her friends Geum Bi and Yoon Soo remind her about the encounter, but her mood just can’t light up because of what happened with Dae Hyun and Yeon Joo.

Offered with double pay, Saet Byul goes to a meeting to share her know-hows and meets Yeon Joo, who is also one of the speakers. Taking the opportunity given to her, she gave a faint warning on Yeon Joo for being unkind to her when she extended help without hesitation.

After the meeting, the team heads to eat but Yeon Joo asks Seung Joon if she can excused as she is not feeling well. Saet Byul remarks how she is also not in good condition, but she got up to be there to support the event.

When Dae Hyun calls, she sweetly answers the call, but Yeon Joo gives a knowing smile since she knows why Dae Hyun wants to speak with her. Apparently, to appease her, Dae Hyun called to tell her that he will be firing Saet Byul.

Eventually, Dae Hyun learns the reason why Saet Byul beat the slackers and also sees Saet Byul’s notepad bearing her writings as she goals to be the best in her job.

Geum Bi and Yeon Soo pay Dae Hyun a visit to tell him that yesterday was Saet Byul’s father’s death anniversary. They drag her out so that they can comfort her, and even helped his girlfriend avoid getting beaten up.

Griping about getting disappointment instead of thank you for what Saet Byul did, they get straight to the point and tell him that Yeon Joo is a liar and that Saet Byul never beat anyone without a valid reason.

Realizing his mistake, Dae Hyun picks up his girlfriend who was working out with Seung Joon. He confronts her about the truth but she is indignant to her lie.

Trying to reason out that no employee should be dismissed for unsure reason, Dae Hyun explains to Yeon Joo how he does not want to dismiss Saet Byul because of mindless decision. He also let her know that he will do as deemed fit for the situation.

Unable to refute her boyfriend’s thorough lecture, Yeon Joo seemingly understood his point and plants small kisses on his face. Unknown to them, Yeon Joo’s mom saw the affectionate scene. Yeon Joo admits her relationship and explains she did not tell that she’s been dating him for two years, because she was not confident before.

Meanwhile, Dae Hyun rushes to the police station because Saet Byul twisted the wrist of a crude man who sexually harrassed her. The rude complainant keeps mumbling holding Saet Byul’s hand is but normal, thus infuriating Dae Hyun even more.

Dae Hyun lectures Saet Byul of letting people trample on her easily, and she replies that given her orphan and dropout situation, people would just believe that she is lying. He assures her that he has her back and how there are battles that are not worth fighting. He also apologizes for what Yeon Joo did, which made Saet Byul jealous.

Continuing his scolding, he also declares that he will be her guardian while working at the store. Reminding her not to beat up people, he taunts her to try her strength on him. Saet Byul obliges and stretches a kick that sent him to a not so sweet oblivion.

What would Yeon Joo do?

The Choi family holds a meeting and are elated at the surging high sales of the store, thanks to Saet Byul. She also secured the employee of the month status thanks to her hard work.

Congratulating his diligent part-timer loudly, they make amends and he dismisses the thought of firing Saet Byul when she reminded him of what he was about to tell her yesterday.

Both feeling chirpy for acknowledging their mistakes, Saet Byul got curious and asks him why he left the company when he loves working in the convenience store.

He jokes first that he had a vision to do it, but later told her that he can’t say since it is a secret and he would look too cool if she knows it.

Demanding a piggyback prize for her effort, Dae Hyun refuses and enter the counter to grab the hidden bouquet of flowers he has hidden and presents it to him. Surprised and happy for getting her favorite flower, Dae Hyun explained the meaning per the floritst information. Saet Byul beams because its other meaning is “declaration of love”.

Pushing her luck, Saet Byul insists for a piggyback ride prize to which Dae Hyun agreed for three seconds. Mischievous Saet Byul though refuses to go down no matter how much Dae Hyun tells her to.

Just then, the door of the convenience store opened. Yeon Joo enters and sees her boyfriend giving a piggyback ride to Saet Byul while she holds the flowers given by Dae Hyun.

Backstreet Rookie is heading to the love conflict direction of who deserves Dae Hyun’s heart. While the pacing is sure fast, given the limited space the story can move to, it will be a feat hard to accomplish.

Episode 4 hints on the characters’ back stories and perspectives on how they make their jobs, no matter how simple or grand, become attached to who they are as a person. Just like how Saet Byul remarked on not minding getting more money as long as she is happy with her job.

Dae Hyun, as a manager, is an ideal picture of a mentor to young people exploring their career options. While Yeon Joo perfectly exemplifies strong career people who look down on work position disregarding the heart and hard work given to fulfill one’s job.

With the awkward situation in the closing scenes of episode 4, will we see Yeon Joo stake her claim of Dae Hyun by being nice? Or, will she play it her usual cunning and selfish way? Will Dae Hyun finally see the bad in her? Will Saet Byul remain unfazed in front of her love rival?