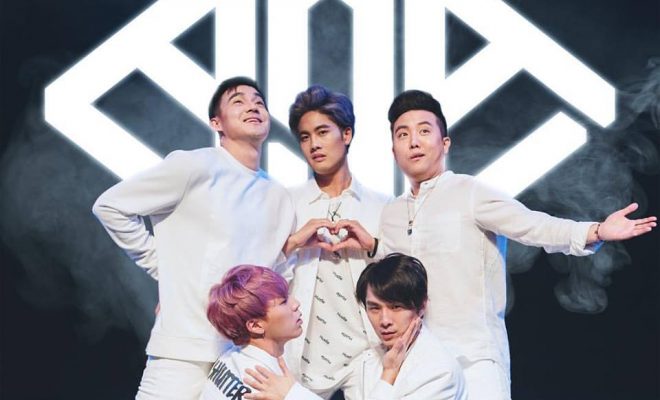 BgA is officially back – asking ‘Who’s It Gonna Be’.

The world (probably) funniest and disruptive K-pop boy group BgA (Boys Generally Asian) is finally back — after a hiatus of barely 10 months.

BgA is YouTuber Ryan Higa, musician David Choi, film maker Philip Wang, actor Justin Chon, and musician Jun Sung Ahn. Back in May 2016, BgA debuted but in a way unlike conventional K-pop groups that fans would least expect. They not only call themselves as “five guys who can’t sing, dance or really speak Korean”, but also debuted with a single title that would turn heads — I Have To Take A S**T, together with quite an unglam music video that looked more like a parody. However, their debut was largely judged successful by the number of views for their debut music video (nearly 10 millions views at time of writing) and even beating BTS on iTunes charts.

On March 24, BgA returned with its latest single titled Who’s It Gonna Be. The track has a catchy and vibrant beat that would catch anyone’s attention. But aside from the song, its music video is one that caught the most attention.

The music video talks about one of its members, Jun, who is the visual face of the group, and luckily gets all the attention like any other K-pop groups today. But it becomes unfair to the other not-so-popular members as they are kicked out to the background. This creates discontentment, and highlights the possible ultimate end of a group. It serves a good reminder to fans today that all members of a group should probably best be treated the same even though there can be an individual bias.

In the storyline, BgA also revealed its fan club name for the first time. The boys would have gone ahead with the fan club name as ‘ARMY’ when fans dropped approving comments after it was briefly mentioned in its debut MV as ‘BgA ARMYs’. But in a good sense of humor, they brought up that ‘ARMY’ is already taken by a Behind The Scene boy (BTS) group, so they decided on the name ‘K-pooper’ since their first and only song is about “poop”, all thanks to David.

Watch Who’s It Gonna Be:

In case you missed it, watch BgA’s debut single I Have To Take A S**T below: