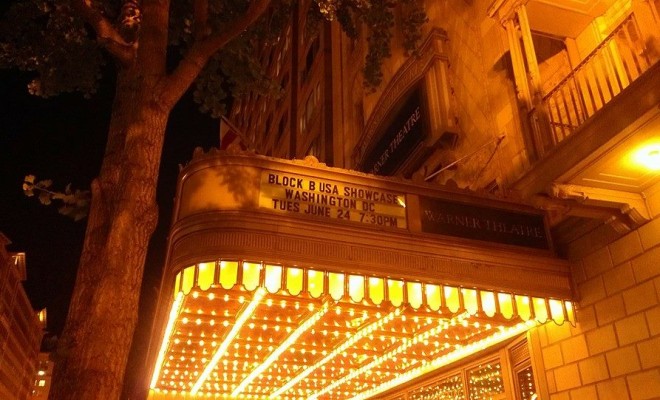 On June 24th, Seven Seasons’ iconic hip-hop group, Block B,  held its first showcase in Washington, DC as part as its premier Blockbuster Tour of the United States. Held at the infamous Warner Theater down town, the showcase, presented by Jazzy Group US and YesStyle, drew in an enthusiastic crowd of BBCs from all around the country. 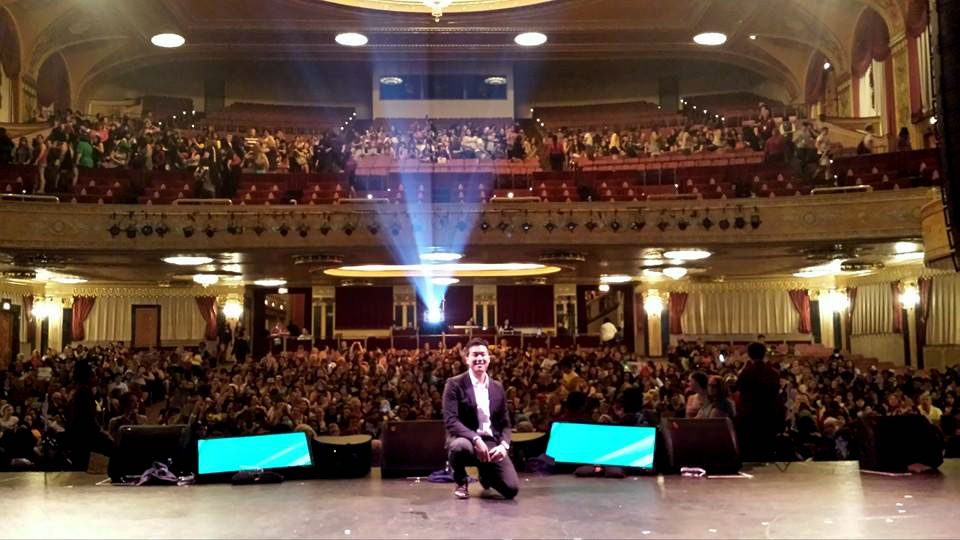 Hosted by the ever-charismatic and talented Dave Yoon, winner of Kollaboration DC’s 2013 showcase and competition, Block B took the stage just before 8PM. Through the deafening cheers from hundreds of screaming fans, members Zico, Taeil, P.O, U-Kwon, Kyung, B-Bomb, and Jaehyo started off their premier DC performance with a spectacular live rendition of  Very Good. Dressed to the nines in black velvet tuxedos and bow ties, the group performed songs such as Wanna B, Freeze , Be the Light, Mental Breaker, and during the encore gave a heart-stopping rendition of Nalina. 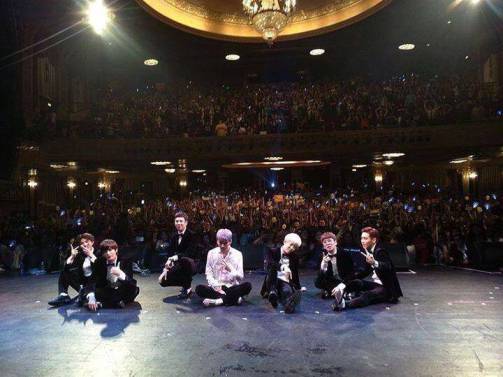 During the true-to-form Korean showcase, the group held two separate fan interactions. The first: where seven lucky members of the crowd were pulled on stage, Block B performed Romantically for them and presented them each with a single red rose. During the second interaction, a new group of fans were pulled on stage to play a comical and fun rendition of charades -inciting thunderous laughter and cheers from the ecstatic crowd. After the performance, the group participated in a “High-Touch” event with the fans and for VVIP ticket holders, a fan-signing.

Block B’s final stop on its first US tour is set for June 27th in Miami, FL. Tickets are still available for purchase at Ticketmaster. 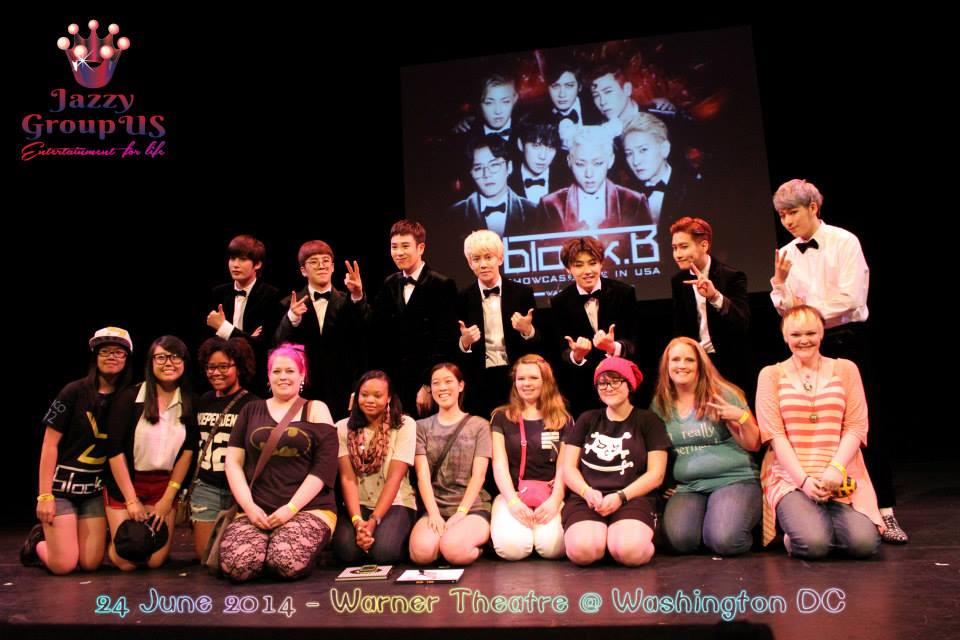 hellokpop would like to formally thank Jazzy Group US, the Warner Theater, DC’s BBCs, and Block B for providing a wonderful experience in Washington, DC. We look forward to many great Kpop performances in the DC area and many more great things from Block B.

Want to know how “truly cool” DC’s BBCs really are? Check out my eyewitness account of what happened with Block B the night before the concert.