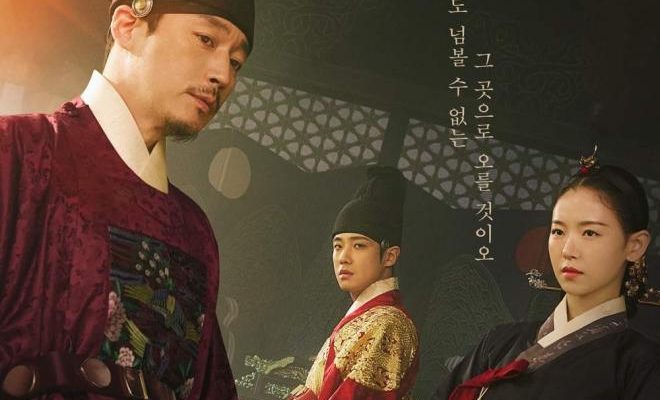 Torn between responsibility and love, the King portrayed by Lee Joon in Bloody Heart has to muster the confidence he needs against a cunning villain.

KBS2 TV’s newest period drama tells the political conflict between a king (Lee Joon) and a kingmaker (Jang Hyuk), following the relationship between an absolute ruler and a kingmaker who desires to transform the king into a “royal flower.”

First, Lee Joon transforms into a king with aspirations to become an absolute monarch. In contrast to his frail look, his eyes are packed with a range of emotions, including melancholy and ferocity, which captures the viewer’s attention.

The phrase, “I will live in my hell, so live with a smile in your world,” conveys Lee Tae’s sincere hope that his beloved will escape the fierce court struggle.

Furthermore, concerns are growing concerning his ability to give up his power for Yoo-jeong, despite his meticulous appearance of not living as a counterfeit king.

Demonstrating her unmatched grace, Kang Han Na flaunts her splendid, yet simple and elegant figure. Her solemn expression of seriousness, dazzling eyes, and her statement of “I will protect his highness” reveal Yoo-jeong’s independent charm.

Finally, Jang Hyuk emanates a strong aura as Park Gye-won, who has the appearance of a tiger and the statue of a scholar, which overwhelms the viewer.

Interestingly, the faces of Lee Joon, Kang Han Na, and Jang Hyuk, which are becoming more and more blurred with red, stimulate curiosity.