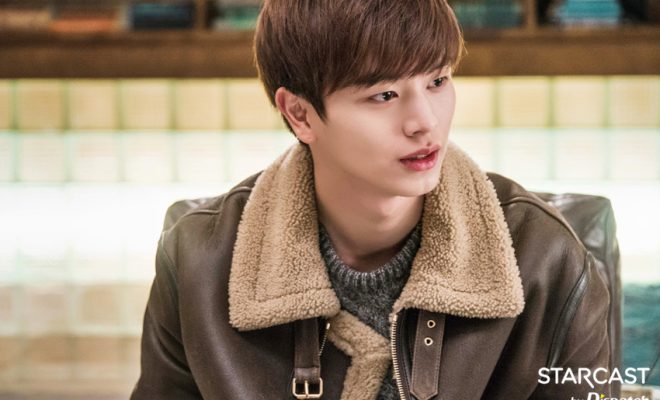 Are you ready to say goodbye to Sung Jae in ‘Goblin’?

BTOB member-turned-actor Yook Sung Jae shared his thoughts on his casting, character, co-stars, and the impending ending of hit drama ‘Goblin’ (Guardian: The Lonely and Great God). He also opened up on his members’ reactions to the drama, and his future plans as an actor in an interview with STARCAST by Dispatch.

The idol shared that he has never doubted the success of the drama. He believed that the work was “trustworthy” because of producer Lee Eung Bok and writer Kim Eun Sook, who are leading the production. Sung Jae plays the role of Yoo Duk Hwa, a rebellious but kindhearted heir and only grandson of the Yoo family.

According to the BTOB member, his confidence in the drama’s success was also due to the fact that veteran actors Gong Yoo and Lee Dong Wook headlined the cast.

“When I heard they would be taking the roles, I was so happy. I told myself that I should be the one who should work hard,” he said. 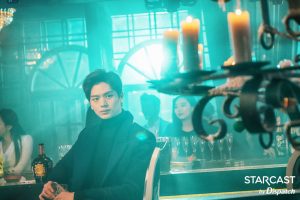 However, despite his confidence in the success of the drama, Sung Jae admitted that he was worried of his character. Because Yoo Duk Hwa is a character with two personalities, the idol felt the burden to portray the two totally different personalities. Sung Jae’s character is both a childish chaebol, and an absolute god.

Between the two personalities, acting out the absolute god role was a great challenge, he said. “I needed to look stiff compared to the childish role. It was important to not show any awkwardness to it,” he explained.

Sung Jae also shared that his co-stars, particularly Gong Yoo and Lee Dong Wook, helped him to overcome these worries. “They actually monitored my acting,” he said. His senior actors gave him advice and good comments. 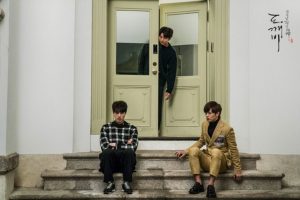 He named Lee Dong Wook, who plays the role of Wang Yeo or the Grim Reaper, as the person he is most thankful for. “We had a lot of scenes together. He gave me words of advice,” he shared. Lee Dong Wook helped and taught him to manage detailed parts like eye contact, added Sung Jae.

“They absolutely loved it,” Sung Jae said on his members’ thoughts on the drama. According to him, his BTOB members kept re-enacting lines from the drama.

The idol named Hyun Sik as the Goblin lover among his members. “He always turns off the lights of his room at our boarding house, and watch all the episodes of it,” Sung Jae revealed. Chang Sub, on the one hand, kept on texting Sung Jae his intention to visit the set of the drama, which Sung Jae purposely ignored because he might feel uncomfortable when the member visits.

On future plans in acting 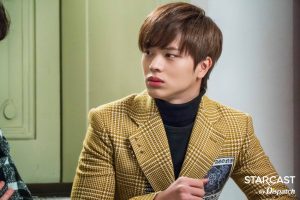 “To be not greedy is my plan,” said Sung Jae. (Photo credit: STARCAST by Dispatch)

The BTOB member said he is not greedy when it comes to acting. He added that it did not matter whether he will be given minor roles. “I want to build up my acting career by taking various roles,” he said.

Sung Jae also revealed that he wanted to play the role of a nerd, dirty and cute character. For the idol, venturing into acting while actively promoting as a singer is killing two birds with one stone. “While acting I can show my different looks. While I’m on stage, I can communicate closer to fans,” he explained.

He then promised to work hard on both careers, and try to go on little by little. “I don’t want to lose both of them,” he said.

Sung Jae ended his interview with a warm message to his fans.

Goblin airs every Friday and Saturday on cable network tvN.

Hellokpop, as an independent Korean entertainment news website (without influence from any agency or corporation), we need your support! If you have enjoyed our work, consider to support us with a one-time or recurring donation from as low as US$5 to keep our site going! Donate securely below via Stripe, Paypal, Apple Pay or Google Wallet.
2.2k
SHARES
FacebookTwitter
SubscribeGoogleWhatsappPinterestDiggRedditStumbleuponVkWeiboPocketTumblrMailMeneameOdnoklassniki
Related ItemsBTOBgoblinGuardian : The Lonely and Great GodSung JaetvNYook Sung Jae
← Previous Story Not Everything Lasts Forever, According To 2NE1, As They Bid Their Final ‘Goodbye’
Next Story → 2NE1’s ‘Goodbye’ – A Final Love Letter For Minzy And Blackjacks