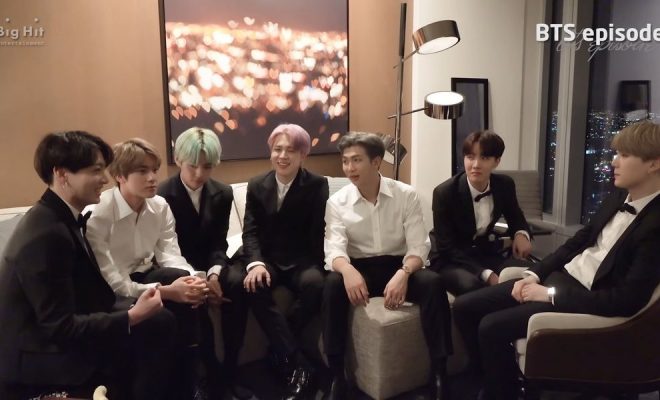 It’s been a while since BTS made their historic attendance to the Grammy Awards ceremony.

After receiving an exclusive invite to the 61st Grammy Awards ceremony and gracing it with their presence in February this year, BTS had shared the behind-the-scenes happening before, during, and after the event in a video on April 9.

The video started hilariously as leader RM had a deja vu experience of losing his passport – again. “I’m sure it’s gonna work out great because I just lost my passport, and then I found it again,” he said, which garnered tons of teasing from the members.

“Isn’t it an everyday episode?” Jin asked him, and Jungkook responded that he “isn’t even surprised anymore”. Meanwhile, V told RM to reflect on what he did, pertaining to losing his passport which seems to be a regular occurrence for the rapper. Answering Jin’s question, RM hilariously rebutted that this time is different because he’s “wearing a different outfit”. 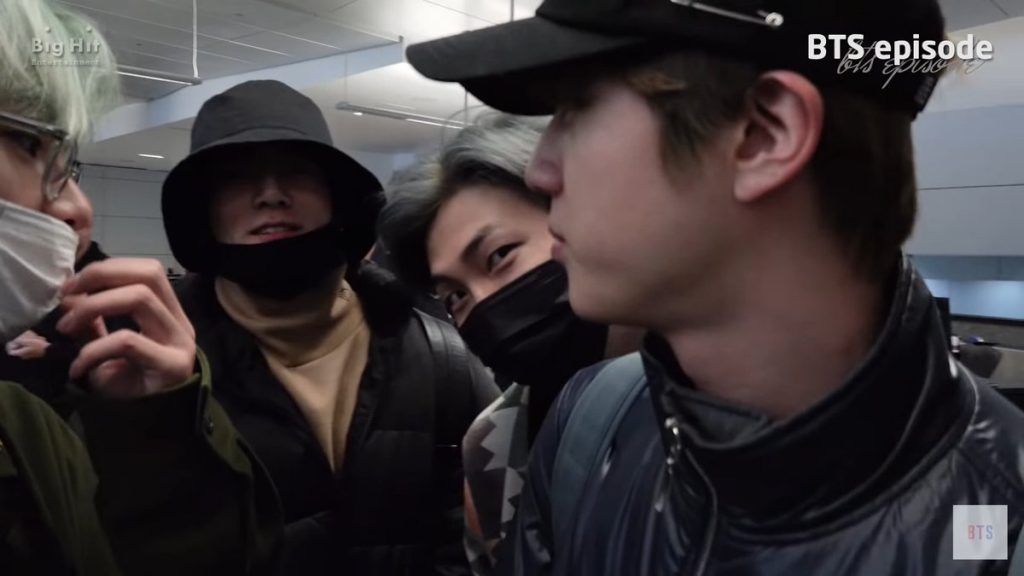 The boys were also seen practicing for their interviews, which made a lot of ARMYs gush. All were earnestly checking their English vocabulary and grammar with RM, who guided and gave them feedback all throughout. Of course, the group’s playful sides took over again as they goofed off their nervousness away.

“We’re so excited to watch the performance and enjoy the show,” V tried in perfect English, while J-Hope gave his own shot by saying, “It’s such an honor! We really appreciate this opportunity. Thank you for the memory,” with full-on swag. 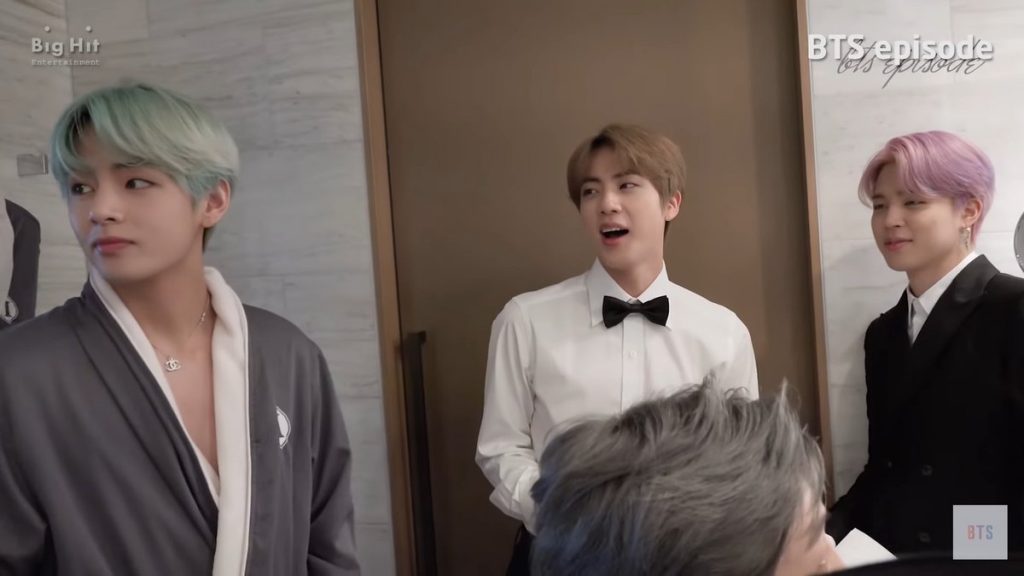 During their car ride to the event, Jimin and RM chatted away and shared their messages to their fans. “ARMY, we promise you. We will perform at the Grammys next year,” Jimin said, singing a short part of his solo song “Promise” right after.

“If I don’t understand anything there, I’ll shout out ARMYs first. The word ARMY comforts me,” he also told RM, who asked for an example of how he is going to do it. 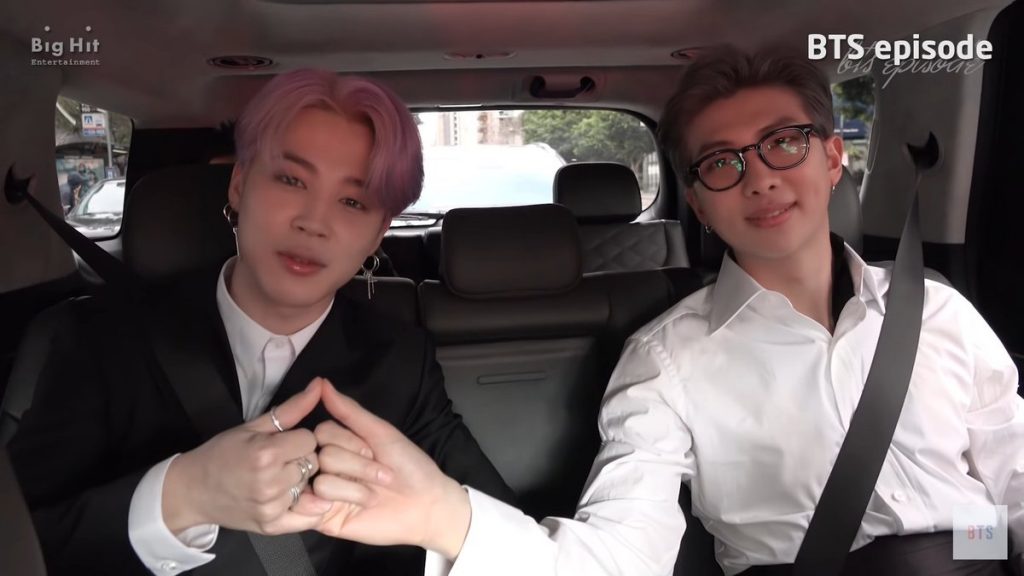 “What is your plan for this year? ‘ARMYYYY’! How have you been? ‘ARMYYYY’! That is my plan for today,” the purple-haired vocalist responded with a laugh.

“I never thought we would go to the Grammys and we’re even riding the car that we are promoting,” RM said, pertaining to the Hyundai Palisade – one of their biggest, best-selling endorsements – that they used as transportation on the way to the event.

After the event, the boys sat down for a quick talk. “I’m not sure about the award but I want to perform at the Grammys next year,” Suga – who usually gets what he wants when he says it – expressed his wish.

“I think performing on the stage means bigger than winning the award,” RM seconded the motion. “Perhaps ARMYs will make another opportunity for us,” Jungkook optimistically said. Suga then added that the first thing they had to do was to become a candidate, to which the group’s maknae said their fans might make such a thing possible. 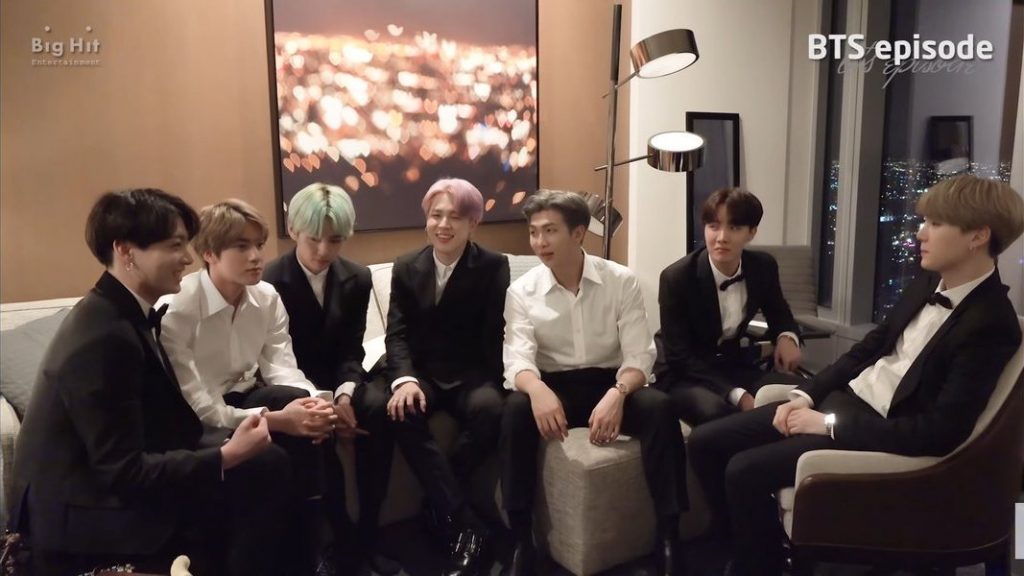 Suga then clarified that there are voting members, which RM informed everyone and said was “called the Recording Academy”. Jungkook again said that there must be a way for them to reach that goal and encouraged everyone to keep on working hard.

“Let’s make them [the Recording Academy] our fans!” J-Hope cheered, which was supported by RM who expressed his assurance that ARMYs will make everything possible.

What were your favourite moments from BTS’ Grammy Awards behind-the-scenes clip? Let us know by leaving a comment below, giving us a holler on Facebook, or tweeting us at @hellokpop!