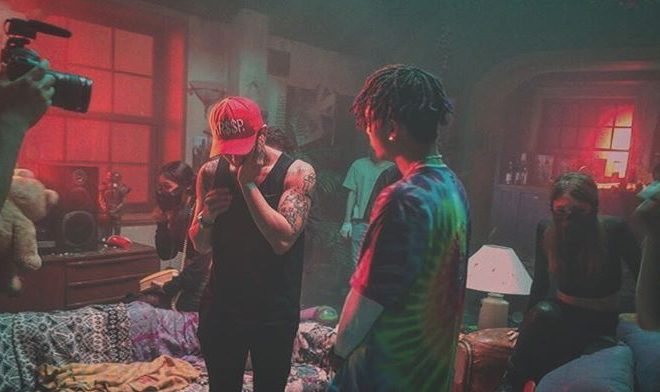 iKON’s Bobby and WINNER’s Mino have dropped their own solo digital single’s music videos, and both are actually produced by a former idol of the disbanded group C-Clown!

The surprising revelation was revealed by Rome, who is now known as Christian Yu, on his Instagram channel. He shared that his crew Dream Perfect Regime (DPR) has produced the music videos of Bobby’s ‘HOLUP‘ and Mino’s ‘Body‘. The former popular idol was the one who directed and edited the music videos. He added that this project is the most challenging one for him to date.

This had to be one of the best, most fun yet challenging things I’ve ever directed with my team ~ being an artist myself had no idea what went about behind the production n making~ but after jumpin into this field ~ I learnt it was how much quality and detail that goes into the making~ that really puts the artist in the spotlight! Dream perfect regime (DPR) will only go up from now! Look forward to our movement.

In fact, a brother of another C-Clown member Kang Jun, was also involved in the music video production. His brother, Kang Gun is part of the DPR crew, which he was positioned as the associate director for both of the music videos.

” the camera is just there to capture the art you create in front of it.. So how much are you willing to show the world Bobby ?!” #dreamperfect #dprvisuals #direct #bobby #captureit