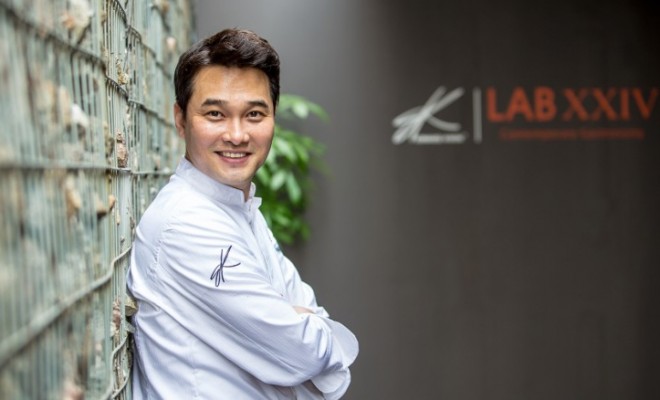 Edward Kwon used to live in a nomadic lifestyle; he kicked off his career at the Ritz-Carlton in Seoul, then resided in San Francisco to work at the same hotel at Half Moon Bay. He moved back to South Korea to work as the Executive sous chef at W Hotel in Seoul. His exciting journey did not stop there. He went on to China, and later became the Hotel Head Chef at the seven-star hotel Burj al-Arab Hotel in Dubai.

In 2009, Kwon returned back and settled down at his home country, and opened a number of restaurants. One of the renowned restaurant from the list would be Lab XXIV, which is a fine dining restaurant that serves premium wine, high quality food and service.

To add on to his list, he has just recently opened modern Korean restaurant in Moscow, Russia too.

Through this episode of Culinary Journeys, Chef Kwon will take you on his journey down to the UNESCO City of Gastronomy, Jeonju, where he explored how the ten flavors of Jeonju have shaped one of Korea’s most famous dishes, Bibimbap.

Chef Kwon met Chef Yu Inja from restaurant Goong, where he took on a practical lesson to see how a simple combination of ingredients could win over the palates of Korea, and now over to the rest of the world. He is aspired to continue to globalize Korean cuisine as his main mission.

Part 2: Chef Edward travels to the UNESCO City of Gastronomy, Jeonju for a culinary journey

Part 3: Bibimbap with a twist

Read here for the interview with Chef Edward Kwon.