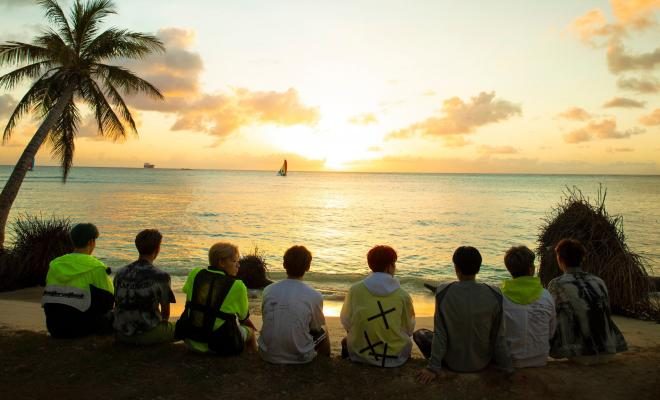 Celebrating Our Favorite Moments Of ATEEZ’s “TREASURE EP.3: One To All”

As ATEEZ celebrates the two-year anniversary of their album TREASURE EP.3: One To All, take a look back on some of the most radiant moments of the summer defined by their iconic call of “HAKUNA MATATA YA!”

Today marks two years since ATEEZ released their iconic summer album TREASURE EP.3: One To All. The release displayed ATEEZ’s more playful, refreshing sides as well as their impressive wide range in terms of style and concept. During the period of their comeback, ATEEZ made incredible achievements both domestically and abroad, only hinting towards the ongoing worldwide fame that would continue to skyrocket to this day.

As such, the summer of 2019, when the project was released, remains as one of ATINY’s most special times spent with the group. In celebration of this anniversary, we compiled our favorite moments from the summer resoundingly defined by ATEEZ’s iconic call of “HAKUNA MATATA YA!” 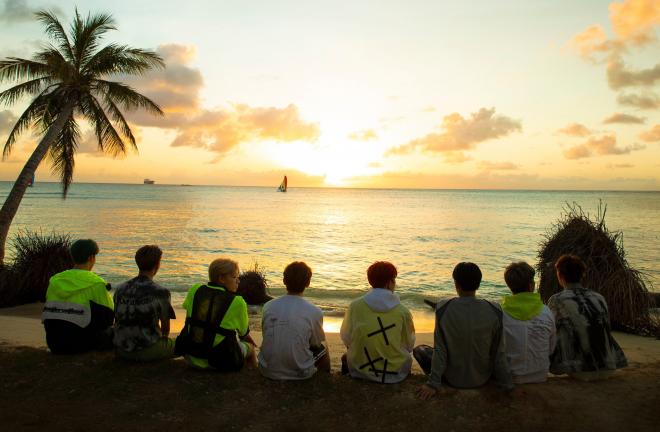 The Memorable “Who Is It?” Moment

Perhaps one of the most exhilarating moments of ATEEZ’s TREASURE EP.3: One To All comeback was their iconic concept teaser. With nothing more than a mysterious “Coming soon!” as its caption, the group intrigued fans with an image showing the back of the members’ heads.

With freshly cut and dyed hair, ATEEZ left fans in a scramble to guess which member was who. The thrill of the unknowingness regarding the members’ new styles, coupled with ATEEZ’s brightest concept yet, only raised the fun for ATINY ahead of their comeback.

ATINY By Their Side

ATEEZ ensured that ATINY would remain engaged and by their sides every step of the way with this comeback. The group hosted their first song vote, eager to include their fans’ voices during their next release. ATINY were able to hear snippets of ATEEZ’s new songs “ILLUSION” and “WAVE”, voting on which one was their favorite to be crowned as the album’s title track.

Though there was much debate between the ‘wave-ists’ and the ‘illusion-ists’, ATINY as a whole struggled to decide which track to choose when both delivered ATEEZ’s signature musical identity so well. Ultimately, the “WAVE” enthusiasts won, setting the tone for the rest of the beachy summer comeback.

Known for their close relationship with fans, ATEEZ took the opportunity to host a fun event for ATINY just ahead of their comeback. The group opened their “TREASURE CAFE” for five days. During this time, fans could visit the cafe where they could personally greet the members who took their orders. ATINY were treated to special merchandise including photocards, cup sleeves, and stickers.

Artists and fans alike exchanged their warm messages of gratitude and sincere excitement for the upcoming release. The event created more unforgettable memories between ATEEZ and ATINY during their journey together.

One of the most memorable moments from this era is, of course, the day of ATEEZ’s comeback. On June 10, 2019, ATEEZ released TREASURE EP.3: One To All. With it, the group revealed their music video for the title track, “WAVE”.  While the song unveiled ATEEZ’s iconic call of “HAKUNA MATATA YA!” which soon became the anthem of the summer, the track touched listeners’ hearts with its message.

The song inspires its listener to keep moving forward despite the challenging waves that may greet them. ATEEZ comforts fans through touching lyrics such as, “If this moment is our wave/ Don’t be afraid and face it harder / We’re hotter than others under the sun/ Don’t worry”. While the fun, anthemic track is an easy addition to any summer playlist, it also invokes a fond nostalgia in the hearts of ATINY for this era together with ATEEZ.

Only making their time even more special with fans, ATEEZ also hosted their first-ever fan meeting during July 2019. Titled, The 1st ATINY PARTY [DEL MUNDO], ATEEZ celebrated their many achievements and memories with ATINY by their side. The group performed new tracks including “WAVE” and “ILLUSION”, as well as older fan-favorites such as “My Way”, “Stay”, and pre-debut track “FROM”.

ATEEZ and ATINY exchanged their warm hearts for one another during the energetic event.

ATEEZ surprised fans by releasing a performance music video for their b-side, “AURORA”. The track, composed and penned by leader Hongjoong, is dedicated to ATINY. The lyrics compare fans to the beauty of an aurora breaking through the darkness, comforting and providing light to the members. The song quickly became one of ATINY’s most beloved tracks.

Furthermore, the group delighted fans by performing the song on various music broadcasts during their comeback promotions.

ATEEZ are known for their unmatched performance skills, and KCON always provides a global opportunity for the members to boast their skills. During the summer of 2019, ATEEZ greeted American fans with their distinct charisma and stage presence. The group excited with a special cover of Travis Scott’s “Sicko Mode”, and various performances of their signature hit tracks.

ATEEZ continuously expresses their gratitude for their impressive global fanbase. ATINYs eagerly matched their love, filling the KCON venue with thunderous cheers for the group.

The First Win Of Many

Perhaps the most emotional of all moments from this era is ATEEZ’s first music broadcast win with “WAVE”. Less than a year after debuting, on June 20, 2019, ATEEZ won their first trophy during Mnet’s M! Countdown. The milestone moment in the group’s career brought tears to ATINYs eyes during their winning stage. The win was even more meaningful considering “WAVE” was a fan-voted track.

Despite being a rookie group, ATEEZ emerged after their debut with startling force. Driven by a humble ambition and unwavering dedication, the group continually impressed with their powerful performing skills and quality music. Their first win was an indication of the ongoing success to come, becoming the first of many achievements ATEEZ would experience with ATINYs continuous support.

The era would not be sufficiently celebrated without mentioning ATEEZ’s stunning music video for “ILLUSION”. While the track was not crowned the title song for the album, “ILLUSION” still remains as one of ATEEZ’s greatest hits. Containing a groovy and playful beat, the music video matches the song’s liveliness, building on ATEEZ’s conceptual worldview of travelling pirates.

Considering the record-breaking achievements ATEEZ has experienced since then, it is hard to believe that they released TREASURE EP.3: One To All only two years ago. And though the era shined radiantly as a turning point in ATEEZ’s career, it is even more impressive that the group’s momentum only continues further, reaching new heights at every moment.

So here’s to ATEEZ and ATINY, “Geonbae geonbae!” Though ATEEZ’s “WAVE” era shined brighter than the sun, their future is looking even brighter with their loyal fans by their sides through it all.